Vostok-2018: Russia will flex its muscles together with China and tease the United States 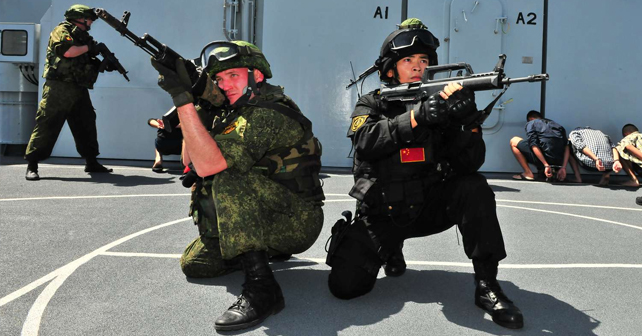 From September 11 to 15, Vostok-2018, the large-scale exercises of the Russian Armed Forces, will be held at almost all training ranges of the Central and Eastern Military Districts. The Pacific and Northern Fleets will take part in them, as well as the all airborne units. About 300,000 military personnel, 36,000 pieces of military equipment, and 1,000 aircraft will be involved. Russian Defense Minister Sergey Shoygu promised that the scale of this military exercises will exceed the Soviet era Zapad-1981.

Russian military experts directly point out that the direction – East – is fictional and does not challenge China; on the contrary – China is one of the partners in these exercises. Russia will practice a large-scale military conflict: Russians and Chinese will tease the US through the sea border with Japan where the US military bases are located. About 3,200 military personnel, more than 900 pieces of equipment and 30 aircraft will arrive to Russia from China to participate in the large-scale military games.

One can expect any kind of provocations in the sea and the air from Russia, but the scale of the maneuvers opens up a huge space for extraordinary incidents with the troops and equipment.

If we recall the lesser-scale maneuvers Zapad-2017, which took place from September 14 to 20, 2017 and which involved up to 100,000 military men, then the fictional country of Veyshnoria defeated Russia, because the latter suffered heavy losses during the exercises. On September 14, an incident occurred with the Russian Tu-22M3 at the Shaikavka airbase, as a result the aircraft was severely damaged. On September 16, the Yak-130 combat training aircraft and Ka-52 helicopter crashed. Three uncontrolled S-8 aircraft missiles were released during approaching to the combat course. They exploded directly near the audience. The projectiles injured three people and damaged two military vehicles, one of which was a UAV control vehicle RB-341V Leer-3. We can only imagine what kind of incidents can happen during the drills that deploy 3 times more military and equipment.

Incidents have already happened ahead of schedule, as military trains are approaching the training grounds. On the night of August 27 at the railway station Petrovsky Zavod in Zabaikalsky Krai, a conflict arose between the military personnel and local residents. A group of locals threw stones at the military, two Russian soldiers were injures and ran to a medical car. The civilians followed them and tried to break into the military train. A guard opened fire and killed one of the locals and injured another, the rest fled the scene.

The Investigative Committee of the Russian Federation began its investigation of the shooting by the military responding to the attack by local residents on the train carrying servicemen to the Vostok-2018 exercise.

One should keep in mind an economic aspect of the military games. Putin urge Russians to accept a pension reform that increases the retirement age because there is no money in the federal budget. At the same time, huge sums of money will be spent on the largest muscle flexing in the last 40 years, and this is in addition to supporting wars in the Donbas and Syria. Not only stones can be thrown by locals during the military exercises.

InformNapalm international intelligence community  will closely monitor these exercises and inform our readers. Disclosure of any plans and routes of the movement of Russian military and equipment will help control the aggressor’s actions, and, perhaps, will help to derail some of its tasks.
Intelligence, observations, information and suggestions can be sent to our e-mail box [email protected] or write to us on Twitter with a hashtag # East2018

By Roman Burko specially for InformNapalm.

No Responses to “Vostok-2018: Russia will flex its muscles together with China and tease the United States”