The VSS Vintorez in the Service of Russian Gangs in Donbas 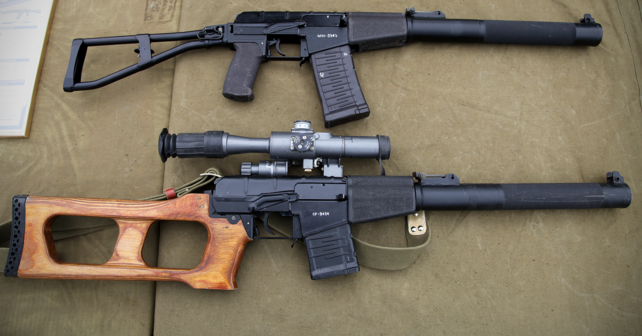 The VSS Vintorez (Винтовка Снайперская Специальная, Vintovka Snayperskaya Spetsialnaya, or ‘Special Sniper Rifle’) is a suppressed sniper rifle that is used by Spetsnaz (Special Forces) units, GRAU designation 6P29. It was developed in the late 1980’s by TsNIITochMash in Klimovsk under the guidance of Petr Serdukov. The name Vintorez (‘thread cutter’) remains, after its use in the design documentation.
The new rifle withstood the preliminary tests. However, in 1985,  new requirements for silent firearms were approved, according to which it had to hit the enemy in  6B2 flak jackets at a distance of 400 m. As a result of this new requirement, the rifle designers came to the conclusion that the RG037 cartridge would be ineffective, so further work on the project was halted, and soon the sniper rifle was completely redesigned for 9×39 mm cartridge (SP-5, SP-6 and PAB-9).
KGB and GRU units received this rifle in 1987. It is currently used in the special forces units of the Airborne Troops, the FSB, the GRU and the Ministry of Internal Affairs of the Russian Federation. The rifle was previously used by Special Forces of the KGB of Belarus, but in the absence of local production of the SP-5 and SP-6 cartridges and no prospects for their supply, it was replaced with other types of firearms. This rifle and ammunition for it has never been supplied to Ukraine.

On May 16, 2015 in the area of the ATO near Shchastya, Russian soldiers of the 3rd separate brigade of the special purpose GRU, 21208 military base of Tolyatti, Sergeant A. Alexandrov and Captain E. Yerofeyev were captured. During this skirmish, one Ukrainian soldier was killed and three were wounded. One of the detainees was shot in the arm (Captain Yerofeyev), and one other (Sergeant Alexandrov) – in the leg. The detainees were transferred to Kiev, to the Main Clinical Hospital of Ministry of Defense. On May 29, they had surgeries. On May 19, Ukrainian investigators announced that the two detainees were suspected of committing crimes under article 258-3 of the Criminal Code of Ukraine, in connection with their participation in terrorist activities for the LNR. On May 18, 2015 at a briefing for the General Staff of the Ukrainian Armed Forces,  a Vintorez rifle without its optical sight PSO-1-1 and ammunition of 9×39  mm caliber SP-5, seized from Captain Yerofeyev during his capture, was displayed. 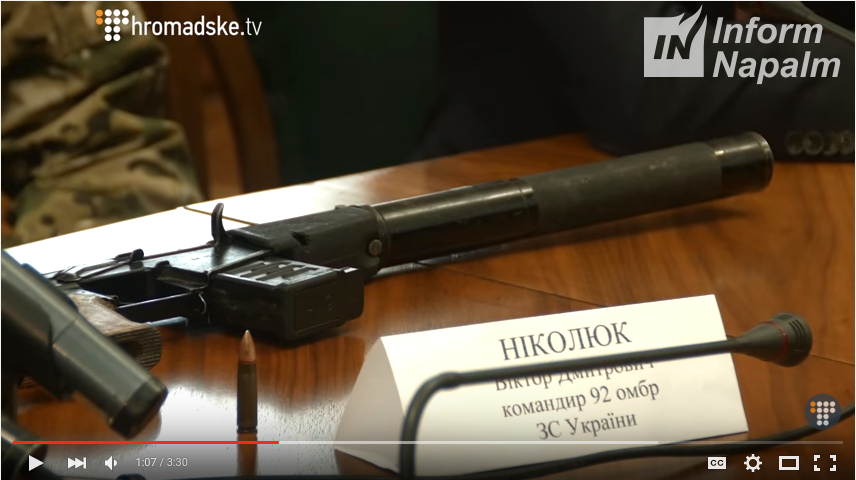 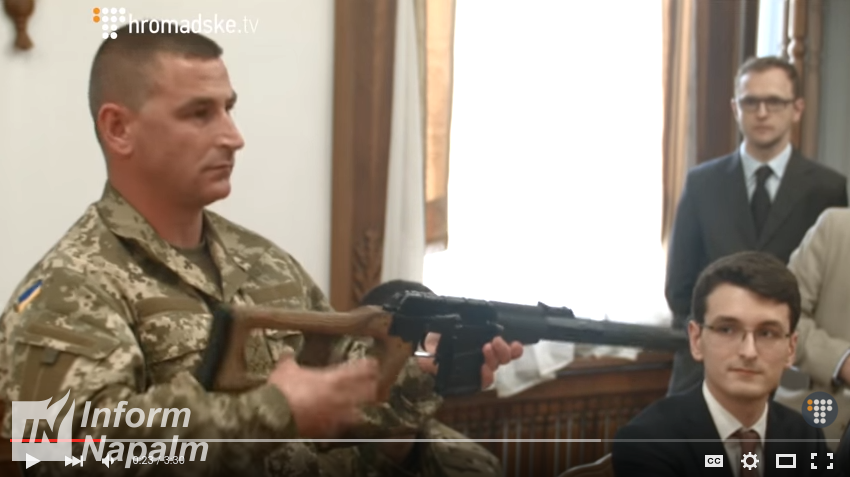 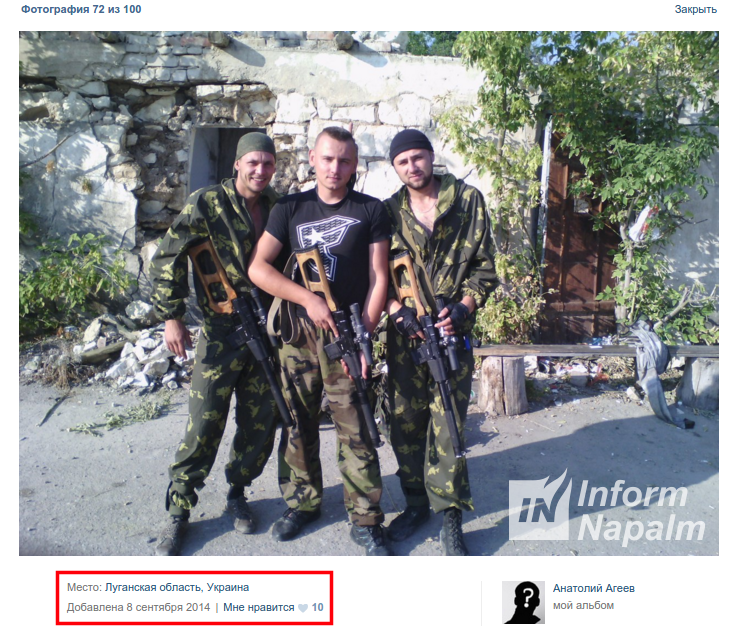 Since Ageev is a gunner (conclusions are based on analysis of the album), he was given a rifle to hold only during the photo shooting. Presumably, Russian military personnel, who are the owners of these rifles, are with him posing for the camera. Another Ageev’s photo with the Vintorez: 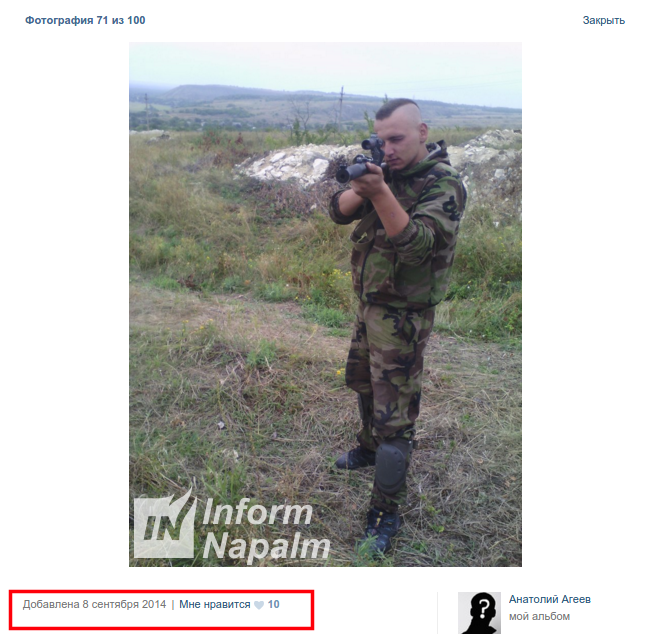 Eugene Rahmatullin lives in Krasnodon, Luhansk Oblast (page, album), a militant of the terrorist organization LNR. He posted the photo with the Vintorez rifle to his album on September 2, 2014. Because Ageev is listed as Rahmatullin’s friend and the photos were uploaded in the same period and had similar backgrounds, we can see they were made at the same place. 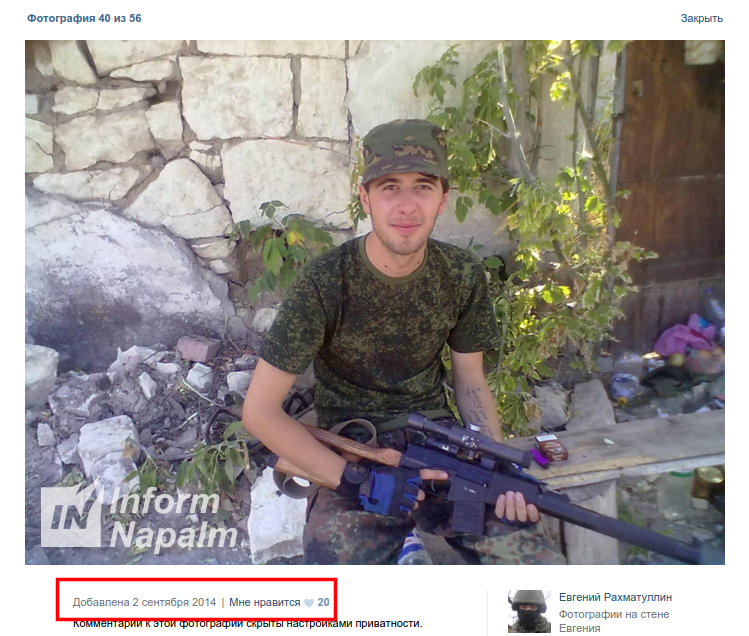 In the summer of 2014, Russia supplied large amounts of weapons and ammunition to Donbas, including ammunition for the Vintorez rifle. In July, after the liberation of the city of Slovyansk by  the Ukrainian army, in a video by Channel 5 among the various ammunition seized from the ‘Girkin’s band’ the capping of SP-6 cartridges (sniper, enhanced penetration) 9×39 mm caliber  used for Val or Vintorez rifles, was displayed. 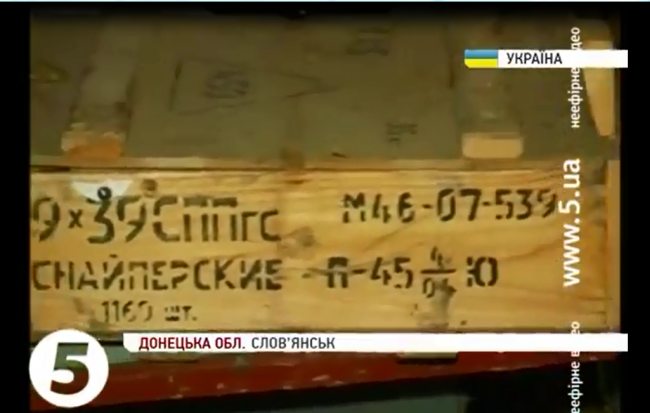 Lot number, year and manufacturer were listed on the wooden box as the code M46-07-539, where M46 is the lot number of the cartridges, 07 – year of production, i.e., 2007, and 539 – a special  code of the producer, the Tula Arms Plant. To be sure that the Tula Arms Plant manufactures SP-6 cartridges, click here (file). To complete the picture, see our investigation Experts Revealed Information about Ammo Supplied to Terrorists in Donbas by Russia.

This is an unknown ‘hybrid miner’ presumably somewhere near Ilovaisk, Donetsk Oblast, in the second half of August 2014 posing with Vintorez and ASVK rifles. 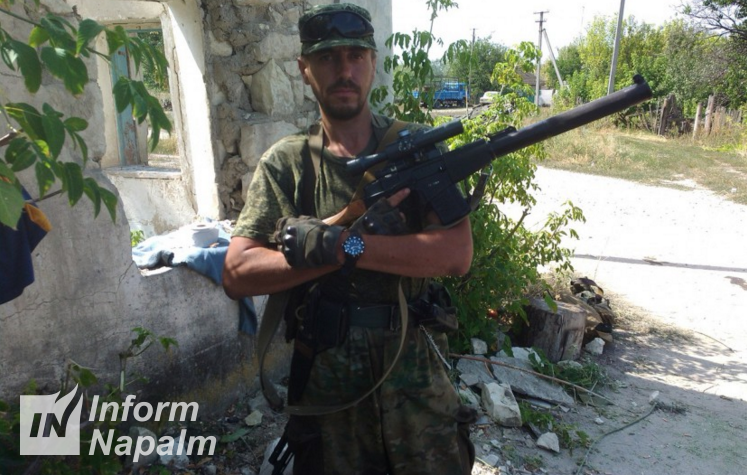 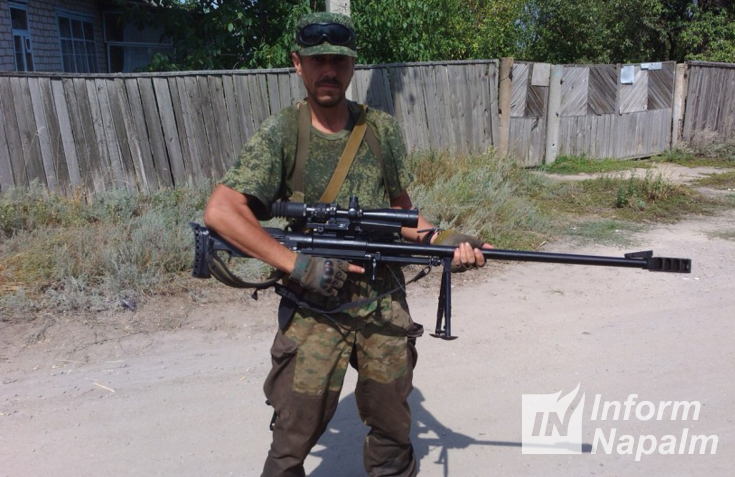 To see the available database of InformNapalm’s investigations of participation of the more than 60 military units of the Armed Forces of  the Russian Federation in the fighting in Ukraine, you can click here: http://bit.ly/RussianPresence.

This material has been prepared for publication on the basis of own OSINT investigation by InformNapalm International Volunteer Community.