Warehouses with Huge Amounts of the Russian Ammunition in Sukhodilsk 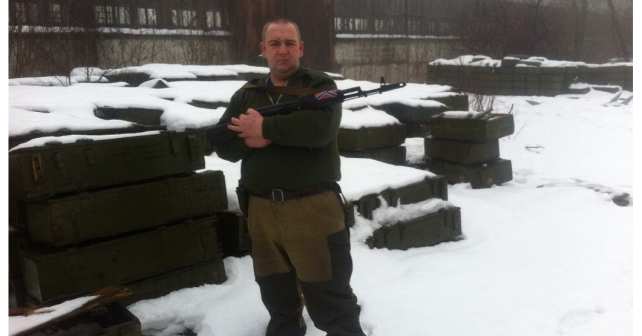 Performing OSINT monitoring of the Russian military servicemen and mercenaries in social media networks, we were able to locate warehouses with huge amounts of ammunition for Russian military equipment. The warehouses are in the territory of the coal concentration factory “Duvanskaya”  in the town of Sukhodilsk, Krasnodon Raion, Luhansk Region (location on the map: tp://wikimapia.org/#lang=en&lat=48.334728&lon=39.705062&z=16&m=b) 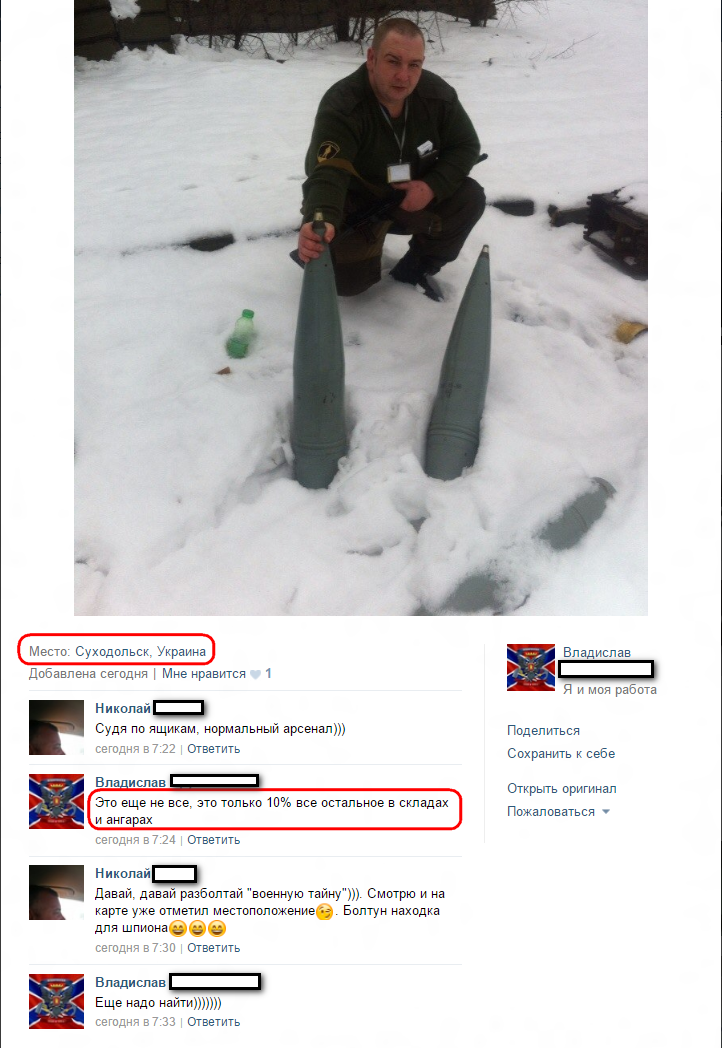 A native of the town of Krasnyi Luch came from Saint Petersburg to visit his father and brother and to fight as a mercenary for the “ideals of the Russian world”.  Images uploaded to his timeline revealed the location of the ammunition warehouses.

One can guess that there is quite a lot of ammunition in the warehouses. Some of it did not fit under the roof and it had to be placed under the open sky. The Russian terrorist boasts: “That is not all but only 10%. Everything else is in the warehouses and hangars.” 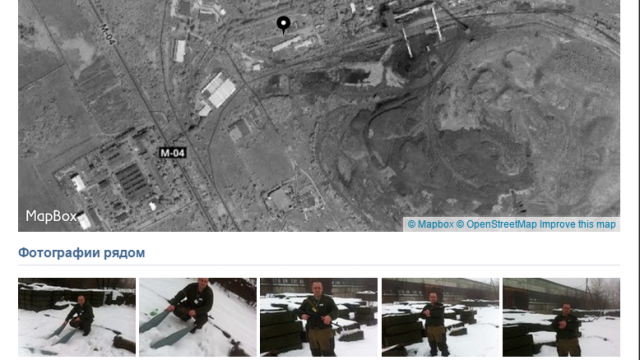 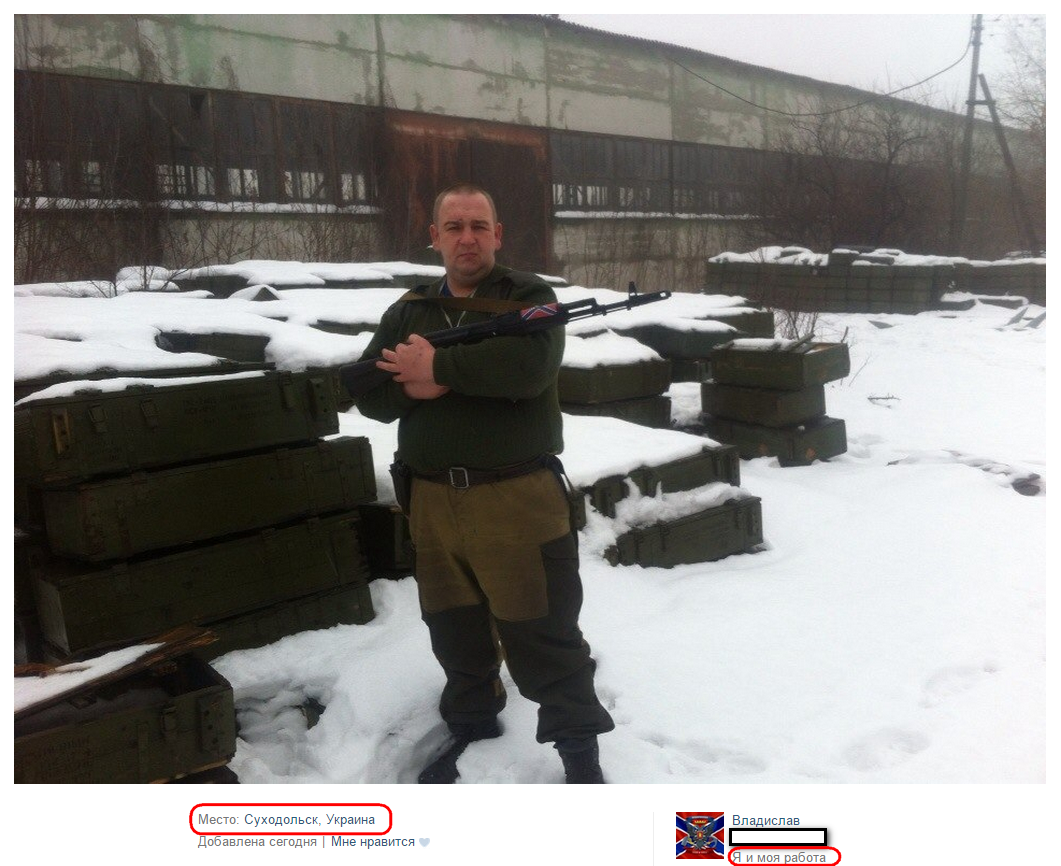 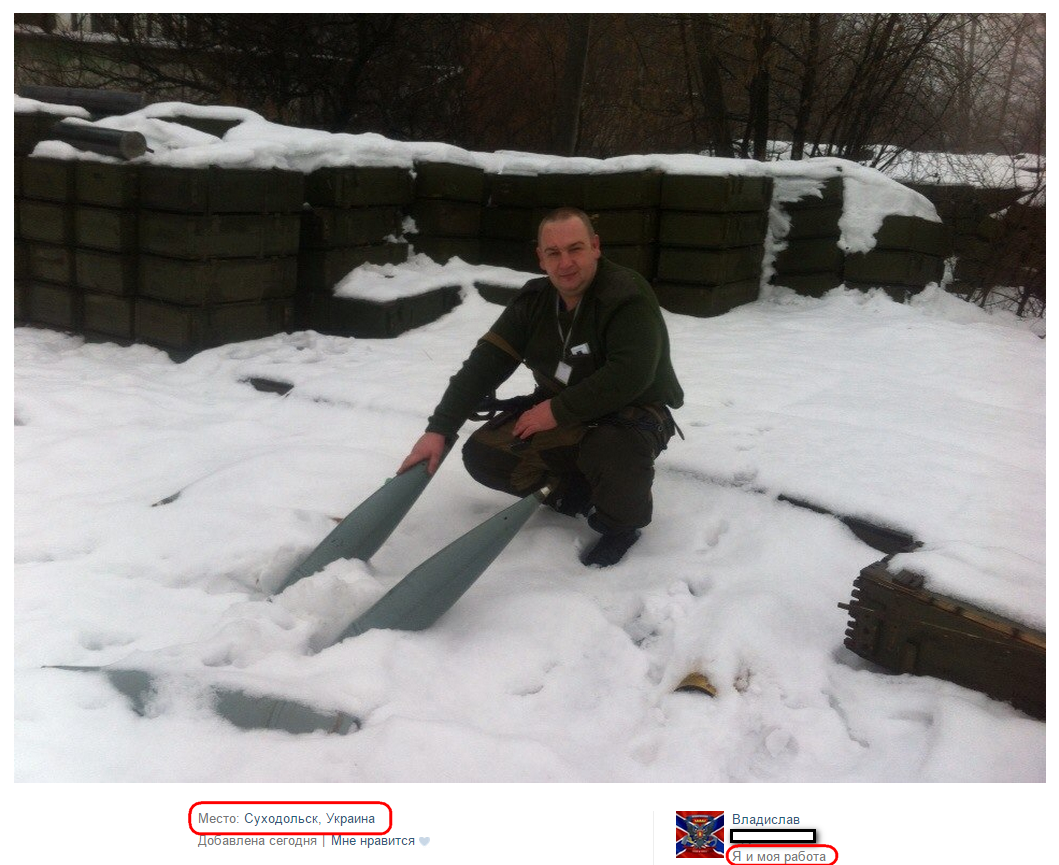 Let us remind you that during the summer of 2014 residents of Sukhodilsk reported daily movements of a big number of Russian military equipment through the city toward the road M04 and further towards the city of Luhansk. There is a video available showing the tranport of Russian equipment through Sukhodilsk last summer  (link: https://informnapalm.org/811-zafyksyrovana-ocherednaya-perebroska-rossyjskoj-tehnyky-cherez-suhodolsk-vydeo).

The personal data of this Russian terrorist has already been stored on the website Mirotvorets (link: https://psb4ukr.org/criminal/).