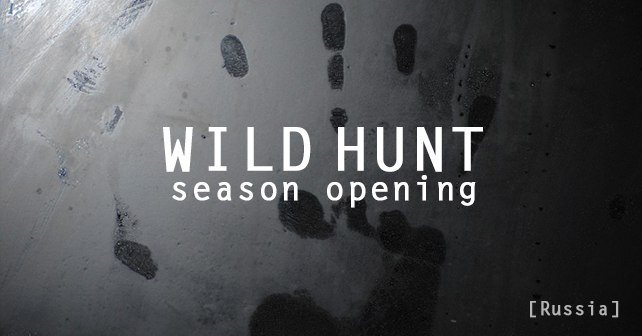 On December 25, Tu-154 belonging to the Russian Ministry of Defense crashed into the Black Sea for unknown reasons on its way to Syria, its passenger list is partly classified. Both Russian Defense Ministry and Russian Security Service (FSB) ruled out a terrorist attack. But at the same time a report was leaked in the media stating that the terrorist attack was authorized by the Russian Presidential Administration, and carried out by Ramzan Kadyrov’s people. A reference was made to some FSB veterans as source of the leak. It was stressed that there is a serious rift growing among security agencies caused by those who do not want to fulfill criminal orders and kill compatriots for political reasons. On the eve of crash, another message came about a car accident in North Ossetia that took lives of five FSB employees.

On December 26, media reported that a top manager of Rosneft, an FSB General Oleg Yerovinkin was found dead in Moscow in his own car.

Background information: Oleg Yerovinkin served in the KGB since 1976. In the beginning of 90th he started to work at the Administration of President Boris Yeltsin. Since 1994 he was deputy chief of the State Secret Protection department in HR office of the Presidential Administration. Then Yerovinkin became chief of department responsible for classified documents and state secret protection in the Presidential Document Processing Directorate. Since 2008 he was in charge of the secretariat of Igor Sechin, Deputy Chairman of the Russian Government. In 2012 he followed Sechin to Rosneft.

It is worth mentioning that InformNapalm prepared infographics on the deaths of Russian generals correlated with time line of events and Military Conflicts from 1991 to 2016. The death graph shows that most of assassinations and mysterious deaths occurred in the years of ending of the military conflicts in the neighboring countries initiated by Kremlin.
Read more: The Russian Generals’ Funeral March (Statistics and Infographics 2.0). 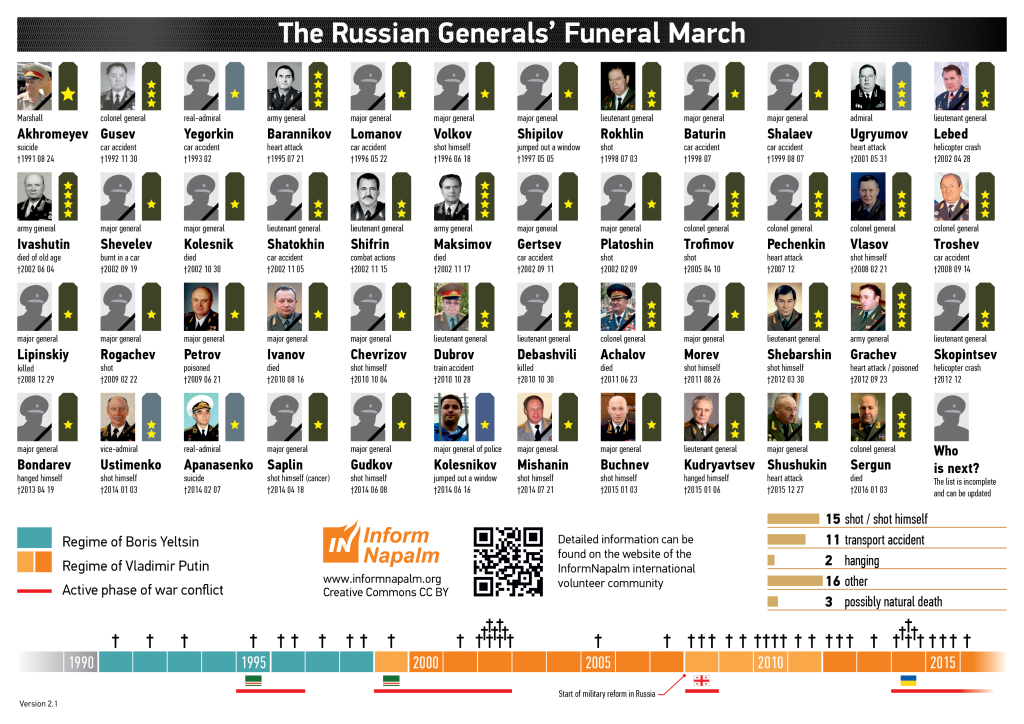 This publication was prepared by Dmitriy K. and Andrew Lysytskiy especially for InformNapalm, translated by Eugenia Zlamanuk , edited by Artem Velichko

No Responses to “Wild hunt: another FSB general found dead in Moscow”