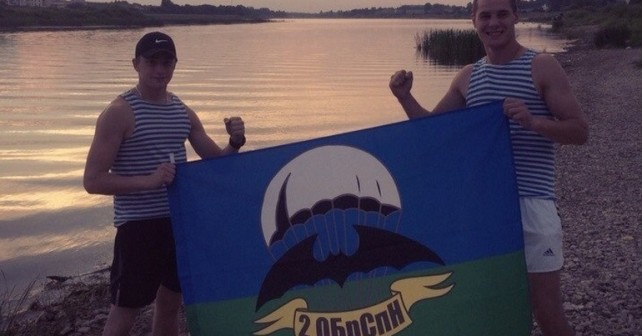 In the course of the detection and identification of the units of the Russian invasion forces, we acquired additional confirmation that groups of the 2nd Separate Spetsnaz Brigade are present among the diversionary reconnaissance groups in the Eastern Ukraine.

The 2nd Spetsnaz Brigade is a special forces brigade of the Main Intelligence Directorate (GRU) of the General Staff of the Armed Forces of the Russian Federation (military unit 64044) within the Western Military District. 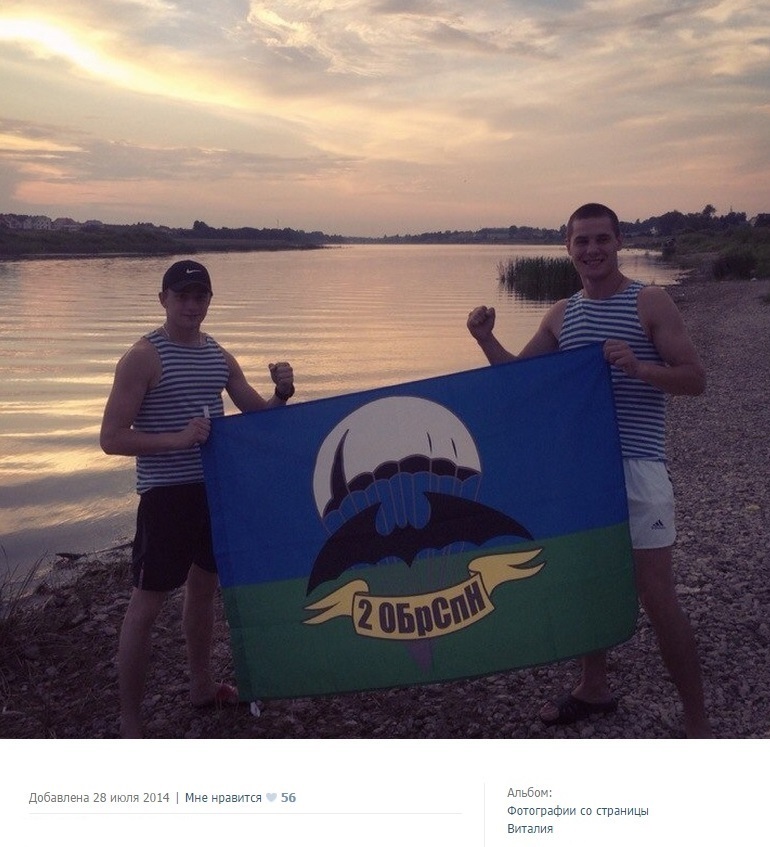 In the photo below you can see Vitaly, a serviceman of the 2nd Brigade. He participated in the annexation of Crimea and was decorated with the Medal “For the Return of Crimea”.

Judging by the photos, this is his second trip; this time he was sent to the East of Ukraine. The photo below was taken in the Krasnosulinsky District (Rostov Oblast), closely to the border with Ukraine. 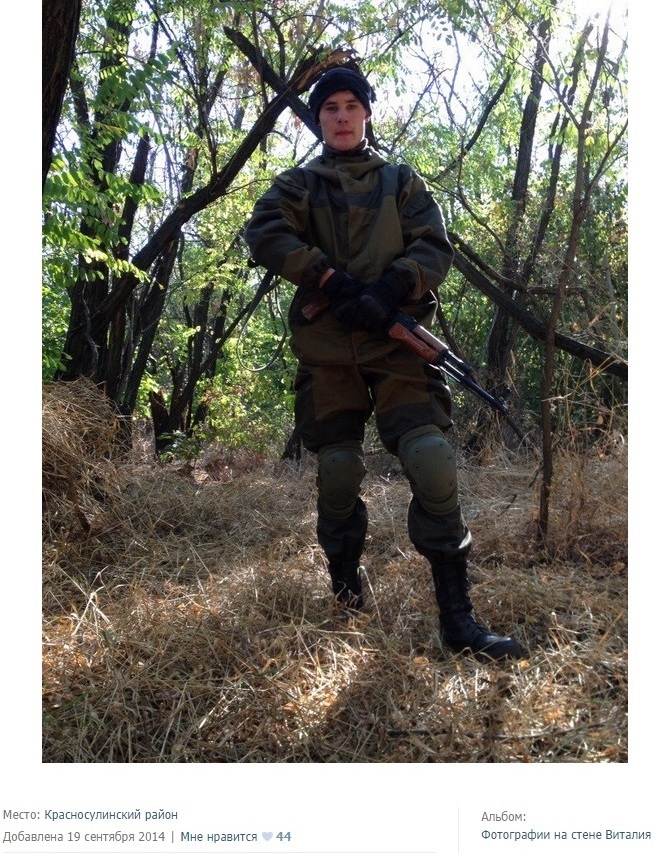 It is known that, at least since April 2014, raiding detachments of the Russian Special Forces (in particular, from the 2nd Spetsnaz Brigade) have been operating in the Eastern Ukraine. 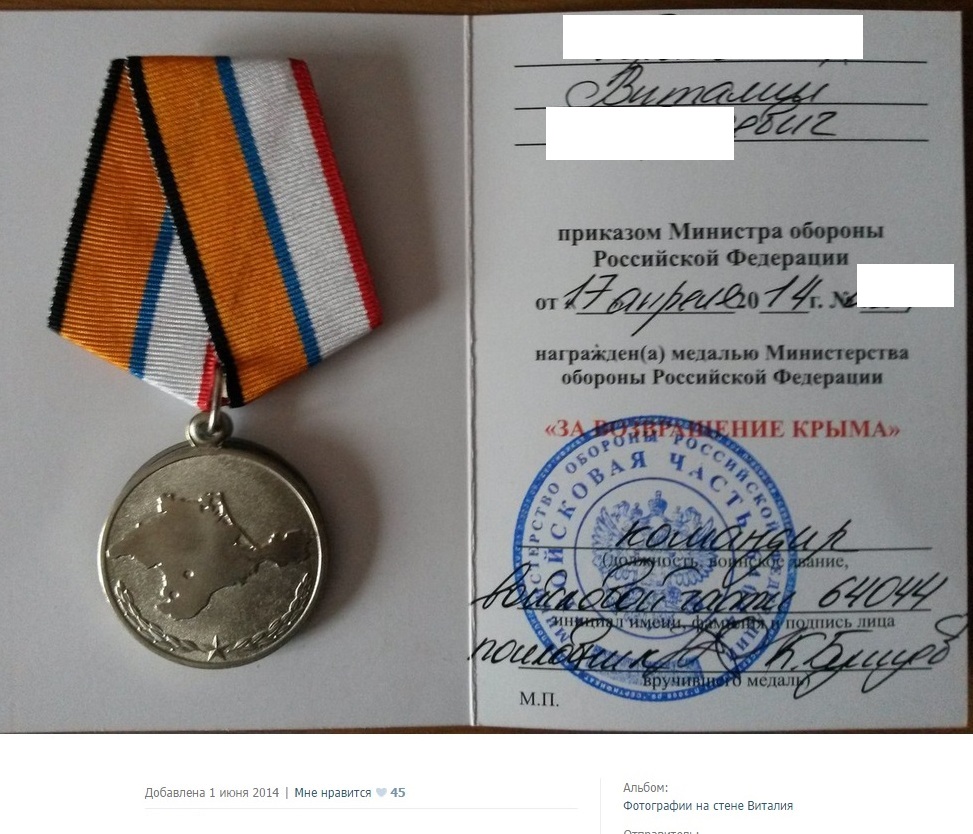 Note: the brigade is based near Pskov. The area of responsibility of the brigade includes the Baltic States and Scandinavia, though it can be used in any other direction (its motto is “Anytime, anywhere, anything”). The brigade consists of three main Special Forces combat detachments (battalions), which, in turn, consist of several companies, and a company of special communications (electronic warfare and signal intelligence), and other supply elements.

The brigade participated in the war in Afghanistan as well as in the Caucasian wars as well (Chechnya, Dagestan). During the Russo-Georgian war in August 2008 and in the post-war period, reconnaissance groups carried out operational missions in the occupied region of Samachablo (so-called South Ossetia), Georgia.

Other units of the GRU Spetsnaz from the Russian invasion forces: