Abandoned by Russia: a scout from 22nd Brigade of the GRU captured by Ukrainian Army (video) 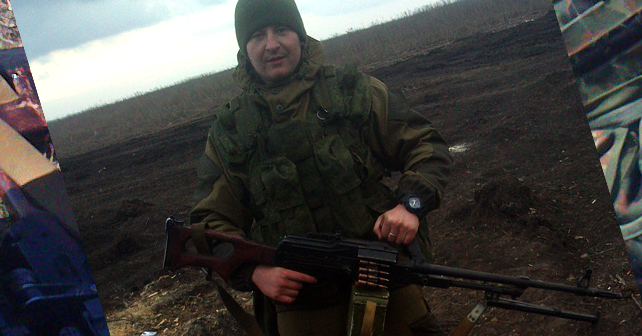 On June 24, 2017, near the village of Zholobok, Luhansk Oblast, Ukrainian soldiers from the 93rd Mechanized Infantry Brigade (MIB) defeated a sabotage group and captured a regular serviceman from the 22nd Special Forces Brigade of the Russian Main Intelligence Directorate (GRU).

Vladislav Klochkov, the commander of the 93rd MIB, said that during the clash with the sabotage group of the enemy, the commander of this group, Alexander Shcherbak, an officer of Russian Army, was killed in action, while four other group members were captured. Among them, Victor Ageev, a Russian citizen, resident of the Altai Krai and an active serviceman of the 22nd Special Forces Brigade of the GRU.

The Ministry of Defense of Russia on Wednesday, July 28, said that Ageev had been allegedly discharged in 2016 and is not on contract service now. Nevertheless, frantic activity in Ageev’s social media account and attempts to cover up all the traces were tracked by the volunteers of InformNapalm volunteer intelligence community. Apparently, Ageev’s social media account on VK was cleaned up by the Russian intelligence agencies. They hastily renamed the account owner into Vitaly Popov and changed the owner’s e-mail address and phone number. They also changed the date of birth from September 13, 1995 to August 13, 1980, removed several photos. Luckily, they did not manage to clean up everything in time. InformNapalm, using the cache memory of the Russian search engine Yandex, managed to find the original content and create a video record of this study. In April 2017, Ageev posted a series of photos in uniform and with weapons in his hands. In the comments under one of those photos he was asked by a friend whether he had already signed the contract. The answer was affirmative: “Yes”.

But this is not the only clue indicating that the Russian Army officially abandoned its active serviceman.  The mother of Victor Ageev, his friends and former colleagues also confirmed to BBC Russian that after a mandatory draft Ageev continued his military service and signed a contract in March 2017.

Svetlana, the mother of Ageev, identified the documents of her son. She said he had not contacted her since the end of May. She also said that on March 18, 2017 he signed a contract for service in Bataysk, Rostov Oblast, where the 22nd Special Forces Brigade of the GRU is stationed.

Unfortunately Google did not save its cache of Ageev’s account, but it still links the photos on VKFaces to the old name (VK id295647602, archive). 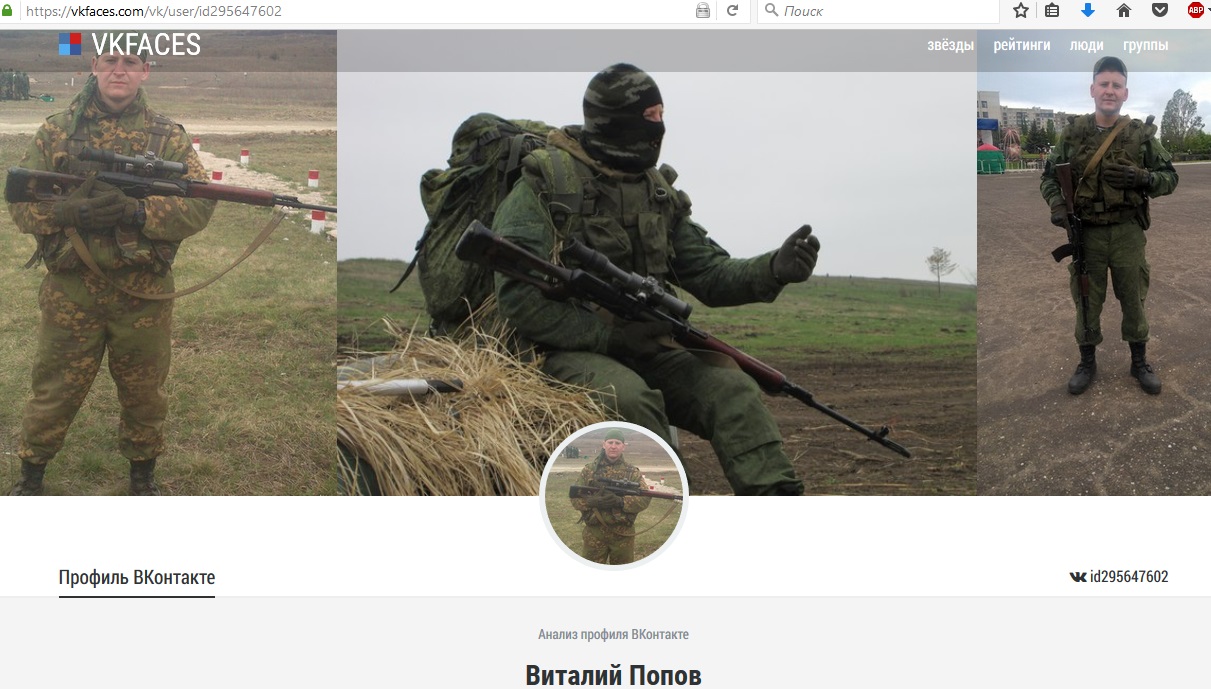 Ukrainian Army has captured Russian servicemen as POWs previously. On May 16, 2015, servicemen of the 3rd Special Forces Brigade of the GRU, Sergeant Aleksandr Aleksandrov and captain Yevgeniy Yerofeev were taken prisoners near the village Schastya in Luhansk Oblast, Ukraine. The Russian Defense Ministry at that time also refused to recognize them as its servicemen. However in 2016 they were exchanged for Nadiya Savchenko, a Ukrainian military pilot sentenced to 22 years in prison in the Russian Federation.

There were also many other facts of the capture of Russian military personnel, more details about this can be found in this feature: Embarrassment for Russia With Their Soldiers Being Captured in Ukraine.

This publication was prepared by Andrey Lisitsyn specially for InformNapalm.

Translated by Volodymyr  Bogdanov, edited by Artem Velichko
When using information, an active link to the source is required.
(Creative Commons — Attribution 4.0 International — CC BY 4.0)
Repost and share with friends.
For notifications about InformNapalm investigations follow us on Facebook, Twitter and Telegram.

No Responses to “Abandoned by Russia: a scout from 22nd Brigade of the GRU captured by Ukrainian Army (video)”