Embarrassment for Russia With Their Soldiers Being Captured in Ukraine. 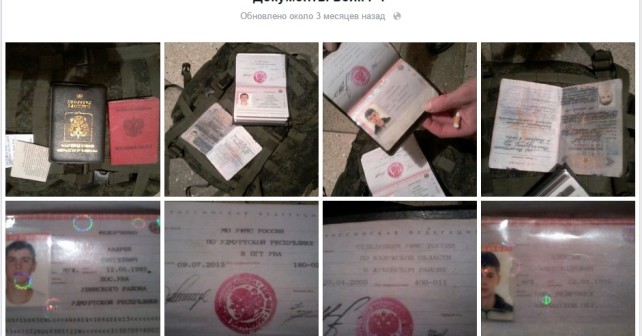 For a long time, Russia have pretended that the militants in Donbas were volunteers and not its regular army. However, by the end of the summer the first captured Russian career soldiers started to appear, and became more difficult to lie.

The first official captive was the 19-year-old contract soldier Andrei Balobanov, communications specialist of the 7th motorized rifle company (military unit No. 65349, Central Military District), who was captured around July 16-17.

The official Russian position on this prisoner has changed for several times. At first he was ignored, but after the video of him was published, the newspapers in Omsk regions started talking about him:

All kinds of stories were offered in the attempt to explain it. Some said there was no such soldier, and even if there was, he was kidnapped in order to exchange him for Savchenko.

Russian journalist Oleg Kashin didn’t hesitate to write: “It could be true, it could be a provocation, it could be a joke, it could be anything. With equal probability the man could be kidnapped in Rostov Oblast, or be captured in Donbas, or just be ‘created’ after noticing the name in Omsk news. But just keep in mind that some Ukrainians are saying that they’re holding Andrew Balobanov (with an ‘O’?). It is necessary to find out what happened to him and where he is.” (http://kashin.guru/2014/07/19/omich/).

Then, they tried to drop the story, as if it never really happened. So, the web site ‘OmskRegion’ was one of the first to write about Balobanov, but later it removed the article, which, however, had already been referenced by many media outlets. It was removed clumsily – using the site search option, you can still find the title of the article, but the text can’t be opened anymore.

Old link to the article: http://omskregion.info/item.asp?id=24787 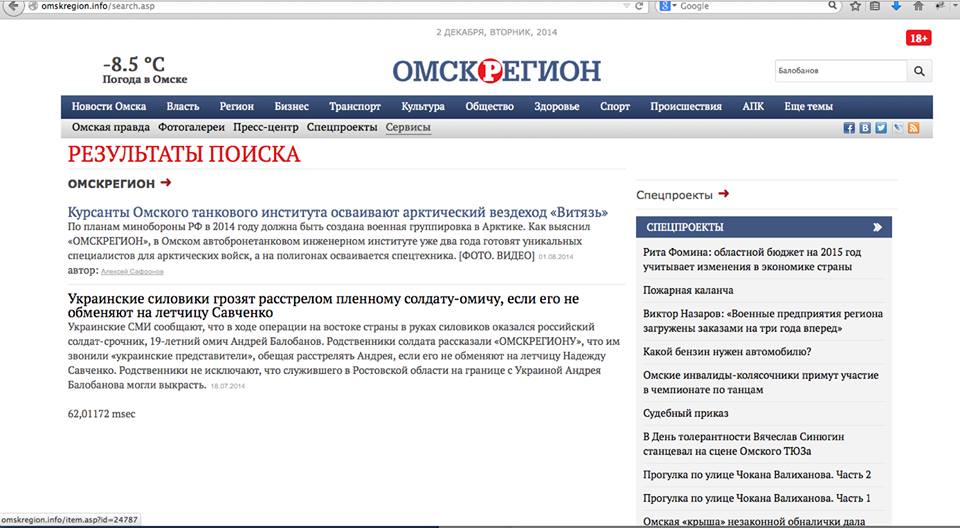 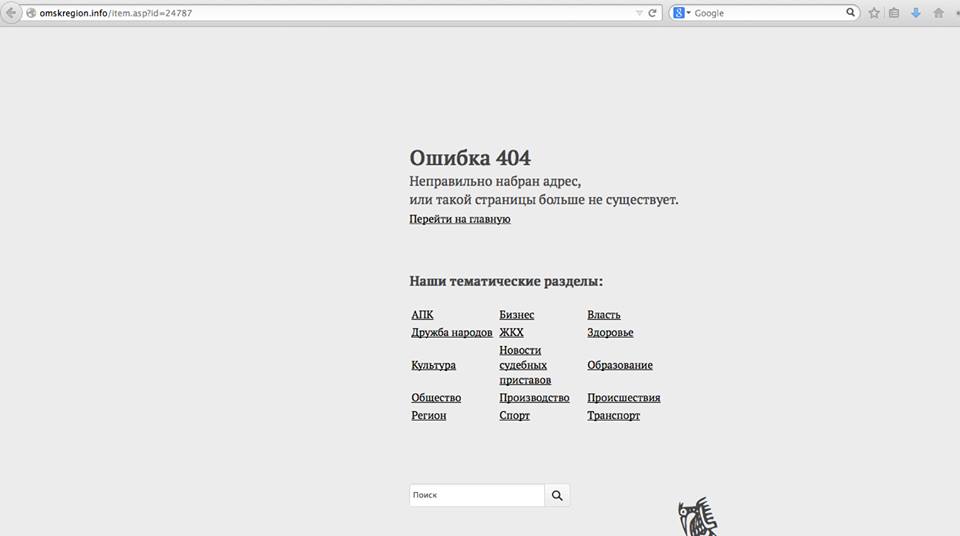 Gradually, Balobanov started being described as a deserter. Ostensibly, he could not be there at all, so he ran away to Ukraine on his own, meaning he was a deserter. Recently, ‘Novaya Gazeta’ media wrote about the soldier, but it didn’t add any clarity regarding his fate:

It seems that with this kind of approach Balobanov is not going to get back to Omsk any time soon.

Next up was the 19-year-old contract soldier Peter Khokhlov from the 9th Motorized Rifle Brigade (military unit No. 54046, Nizhny Novgorod, Russia). On about August 8-10, he, along with his comrade Ruslan Garafyev, joined the terrorists for 150 thousands rubles (at least this is what Khokhlov claims in the video.)

Both are officially registered as deserters and the Russian side has little interest in them.

The next official prisoners appeared on August 24. Ukrainian military captured 10 servicemen from 331st Regiment of the 98th Airborne Division (military unit No. 71211). They were detained near the village of Zerkalniy in Amvrosievsky raion, Donetsk Oblast. It is about 20-40 kilometers into the Ukrainian territory.

The first reaction was typical: another fake from the Ukrainian media, and there are no such soldiers, ‘where is the evidence?’, etc. And then a whole series of videos with the prisoners was published.

To present all ten as yet another group of deserters would be too stupid, so pro-Russian commentators started saying that the paratroopers were captured and it was an operation carried out by some kind of special forces, either Mossad or the CIA. At the negotiations in Minsk, Putin had to come up with an answer: “The paratroopers got lost…”

A few days later, at Seliger, Putin even tried to joke.

“In fact, it’s true, and I’m serious. I believe that they were lost, because there are no marked boundaries” – meaning, that they went 40 kilometers into another country and never noticed. Officially recognizing the war against Ukraine was not an option, that’s why they came up with this justification, and Putin personally voiced it. It sounded a little bit retarded, but it was at least something.

However, more prisoners showed up in Ukraine soon after that, and Russians have been very reluctant to mention them. On August 28, near Ilovaisk, the Ukrainian forces captured two contractors from the 31st Separate Airborne Assault Brigade, (military unit No. 73612, Ulyanovsk, Russia). Being in captivity, Ruslan Akhmetov and Arseniy Ilmitov provided their testimony.

During withdrawal from the entrapment near Ilovaisk, they were allegedly exchanged for the promise of free passage out, but the Russians did not keep their word.

The most astonishing in this case is that there was no reaction from the Russian side concerning the two prisoners at all. They were captured near Ilovaisk, which is 45-60 km from the Ukrainian border. Were they lost too?

‘LifeNews’ wrote a moronic report about them, not even trying to explain why and how Russian soldiers could appear in the Ukrainian territory.

There was not a word about the Ukrainian captivity in the story. Well, at least, these soldiers were not presented as deserters.

Around August 30 two more people were captured: warrant officer Vladimir Burakov and an unknown Buryatian, both from the 104th paratrooper regiment (military unit No. 32515).

No one explained how they ended up in Ukraine. When having nothing to say, the Russian side simply keeps its silence in the hope that eventually all will be forgotten.

Officially, so no one has ever commented on what the 21-year-old tank trooper Andrei Fedorchenko was doing in Ukraine. He took part in the “Tank biathlon – 2014” competition in August, and soon his tank was hit somewhere near Ilovaisk.

At first Fedorchenko was presumed dead, but soon it was reported that he was exchanged for the Ukrainian prisoners. Whatever it was, his passport remained in the Ukrainian military possession. 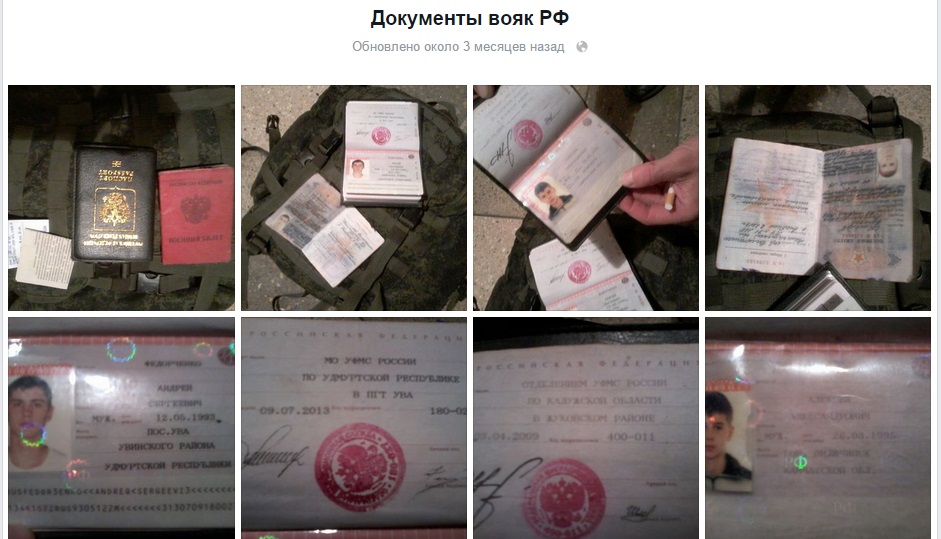 During the months of the war there have been dozens of Russian professional soldiers taken prisoner in Donbas. A Russian would probably remember the 10 “lost”, about whom Putin joked, but will likely be unable to explain how other Russian regular army personnel were found in Ukraine. Some of them were shown in videos, some were immediately exchanged, but nobody can say that they never were in Ukraine.

PS: It is worth noting that in addition to the above-mentioned soldiers there’s also a video of Russian Army Sergeant Evgeniy Tur, who was exchanged for several Ukrainian troops. Nothing is known of his fate after he fell into the hands of the Russian FSB, his profile on Vkontakte.com has been thoroughly cleaned of all military photos and videos, and the man simply disappeared for both media and his family.

11 Responses to “Embarrassment for Russia With Their Soldiers Being Captured in Ukraine.”