An Order for Terror in Crimea: Russia has Sent Troops in Advance 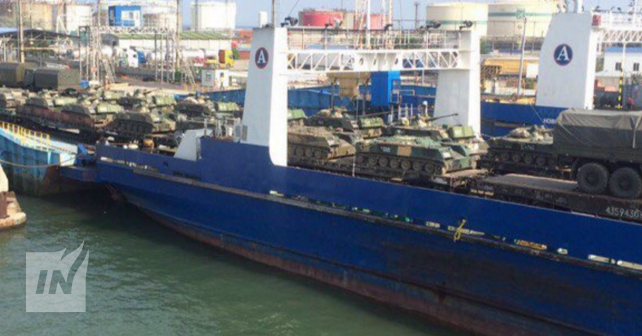 The newly formed Russian National Guard in cooperation with the Russian Ministry of Defence held their first training exercises with the theme “A terrorist threat in Crimea.” The drill took place at the Prudboy range near the city of Volgograd from July 25 through July 30, 2016. More than 4,500 personnel and 500 pieces of special equipment took part in the exercises which included conducting airborne operations from IL-76 airplanes and Mi-8 helicopters and the use of combat helicopters and artillery.

The story of the exercise was the “capture of a village in Crimea by terrorists from abroad”. The scenario of creating a pretext for aggression was tested in the field first. A week later, it was implemented for real in the northern part of Crimea.

The scale and nature of the maneuvers indicated practicing an offensive rather than the elimination of a local terrorist threat.

This is where Kremlin propagandist Dmitry Kiselev would have said his catchphrase: “Coincidence?! I don’t think so.”

Moving “Back to the Future”

What is more exciting is that those field trainings were used as a cover for the  transferring of a number of military units to Crimea.

The units of the 247th Air Assault Regiment (Stavropol) were deployed from July 27 through August 2. 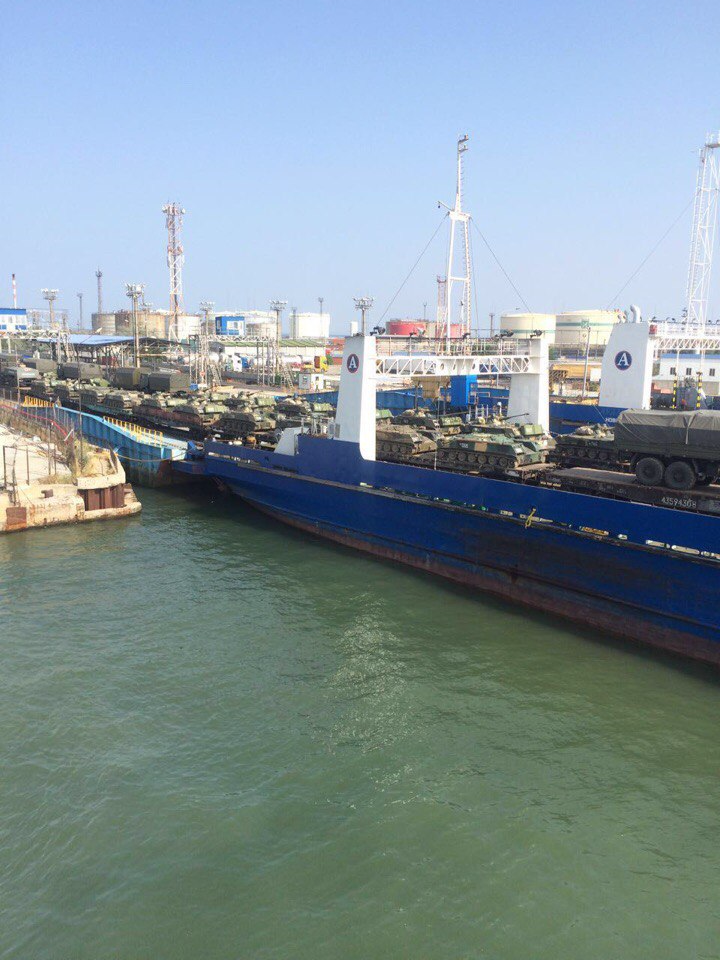 From August 2 through August 6, the following units arrived in Crimea:

– Units and military equipment of the 1st Engineer Brigade (home base in Murom). Servicemen of the Brigade took part in combat operations in Syrian Palmyra recently. The Brigade differs from other Russian engineer units by the presence of assault units that conduct operations in urban areas (storming of houses, activities in cities etc.); 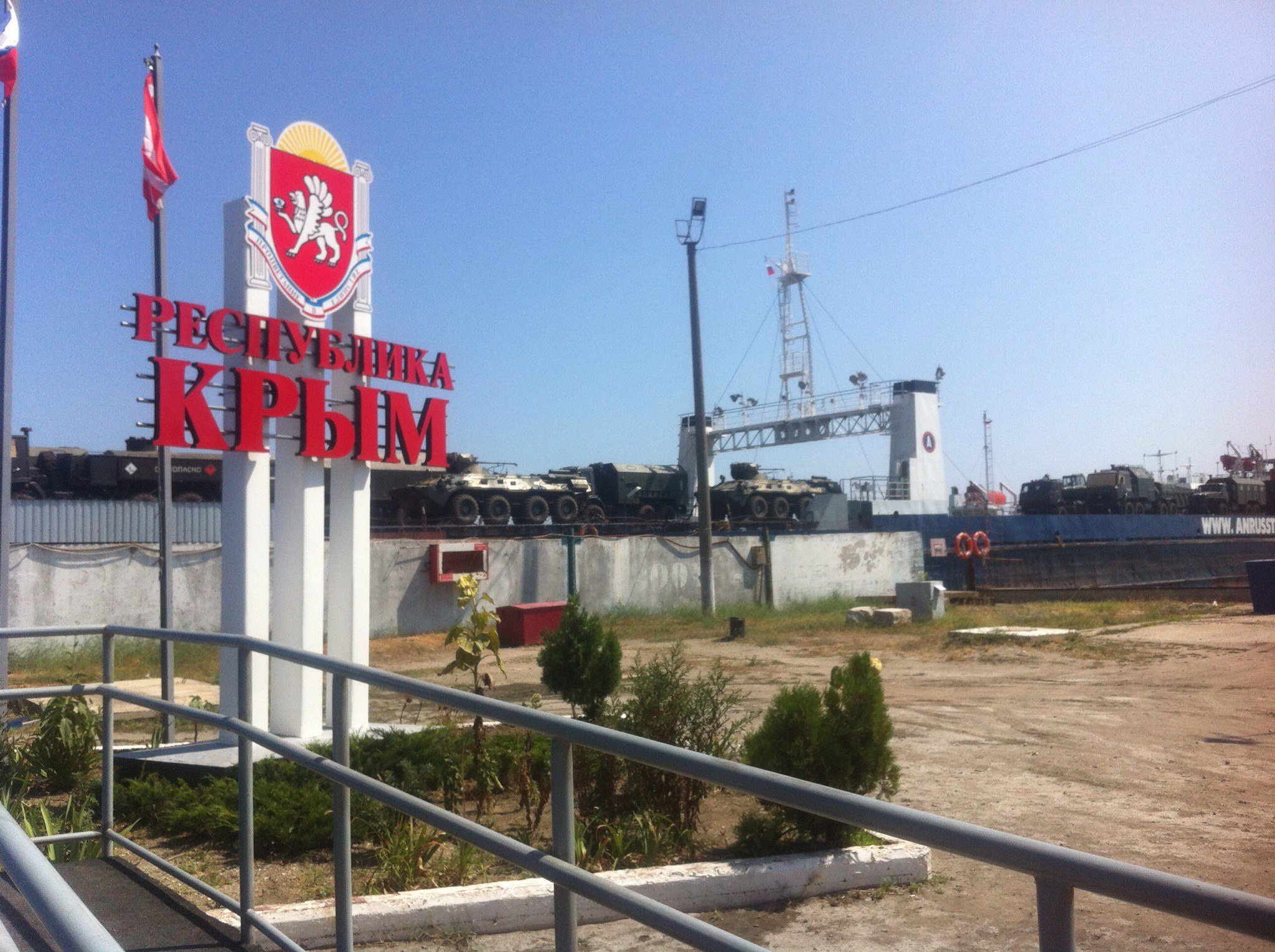 – Units and special equipment of the 66th Command Brigade of the 49th Army (from Stavropol) whose task is to ensure communication of military authorities with the President and the Minister of Defence of Russia;

– Individual units of the Russian National Guard (stationed in Krasnodar Krai and in the central part of the Russia, for example, in Lipetsk);

– Numerous armored and special military equipment,  which after arriving by ferry to Kerch dispersed into the vast peninsula.

At the same time, support units including high mobility forces were transferred to Krasnodar Krai from the central part of Russia. In particular, units and military equipment of the 100th Separate Support Regiment (Kalininets), that is highly mobile and adapted for rapid deployment to any destination in case of an emergency, arrived in Krymsk from Moscow Region on August 3.

Perhaps that is why the units were placed at the Krymsk airfield – so they can be sent by planes to Syria, Crimea or any other hot spot if necessary. 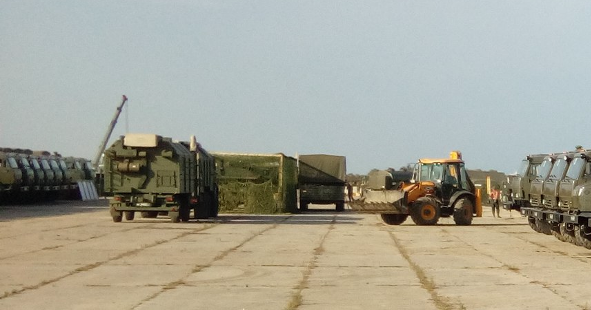 Convoys of various types of military vehicles were seen in Novorossiysk Region during the first six days of August.  Locals observed columns of armored vehicles and trucks with local marines, as well as marines of the 727th Independent Marine Battalion that had arrived in Novorossiysk from Anapa. Some units were deployed to the port of Novorossiysk where landing ships are stationed.

Since July, marine assault units, coastal forces, tank companies, all types of artillery units, signal and supply units have participated in an exercise on combat coordination at the Opuk training range in Crimea. During the coordination activities, units of the 126th Brigade of Coastal Defence, the  810th Marine Brigade, the 8th Artillery Regiment, the 68th Separate Marine Engineer Regiment, the 133rd, the 99th and the 78th Support Brigades, and others conducted joint defensive and offensive maneuvers. A significant increase in the number of convoys of military trucks, APCs, tanks on trailers and Bastion coastal missile defence systems has been observed on the roads of Crimea. Witnesses reported regular movements of trains with military equipment, columns of military trucks towing howitzers and Grad MLRS in Krasnoperekopsk Raion on the north of the peninsula.

Thus, the informational provocation with a statement from the FSB about attempts of “terrorist acts” on the peninsula and the disclosure of an entire “network of agents of the Defence Intelligence of Ukraine” has become a logical continuation of the operation and preparation for aggression.

Urgent transferring of highly mobile and assault units into Crimea and Krasnodar Krai from Murom and Moscow Region indicates the aggressive plans of the Kremlin. Thus, the questions remains: what will Murom robotic engineering units diffuse in Crimea and what urban targets will they attack? What areas of “emergencies and disasters” are Moscow Support units ready to depart to from an airfield in Krymsk?

All of these military units appeared in Crimea just a few days before the staged detention of Ukrainian “saboteurs” and the theatrical performance of the Russian president who hinted at some “appropriate response”.

Even  Dmitry Kiselev couldn’t dream of such “coincidences”.

One Response to “An Order for Terror in Crimea: Russia has Sent Troops in Advance”