Airsoft guns of “Ukrainian saboteurs”, or Another show of FSB 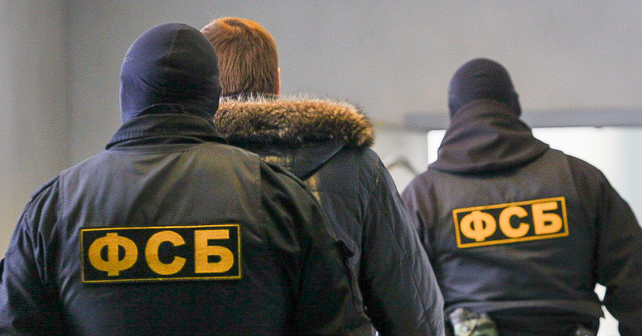 On November 10, 2016, the Russian Federal Security Service announced that it detained alleged members of a “Ukrainian saboteur” group in Sevastopol who were preparing terrorist attacks at military facilities in Crimea. “On November 9, 2016, the Federal Security Service detained members of a sabotage-terrorist group from the Chief Intelligence Directorate of the Ukrainian Defense Ministry in the city of Sevastopol who planned to commit acts of sabotage on objects of military and public infrastructure in the Crimean peninsula,” the FSB statement said. The detainees had in their possession “powerful explosive devises, weapons, ammunition, special means of communication, and other evidence of their criminal activities, including map of objects of the suspected sabotage,” the FSB claimed. Also, blank sheets of letter size paper with the seal of the Ukrainian military unit #A0235 were seized. In the same apartment, insignias of Ukrainian military units, officer shoulder straps, the Right Sector’s business card, and camouflage clothing were found.

Later, the FSB posted a video of the arrest and search of the apartment of the “Ukrainian saboteur.” Here is the video:

Volunteers of the international intelligence community have analyzed the video. It turned out that the seized weapons are not combat but airsoft guns.

1) AK KTR CYMA CM040J airsoft rifle (link to the online store). Green arrows indicate the battery connection wires. In this model, it is located under the lid of the receiver (To enlarge, click on the picture): 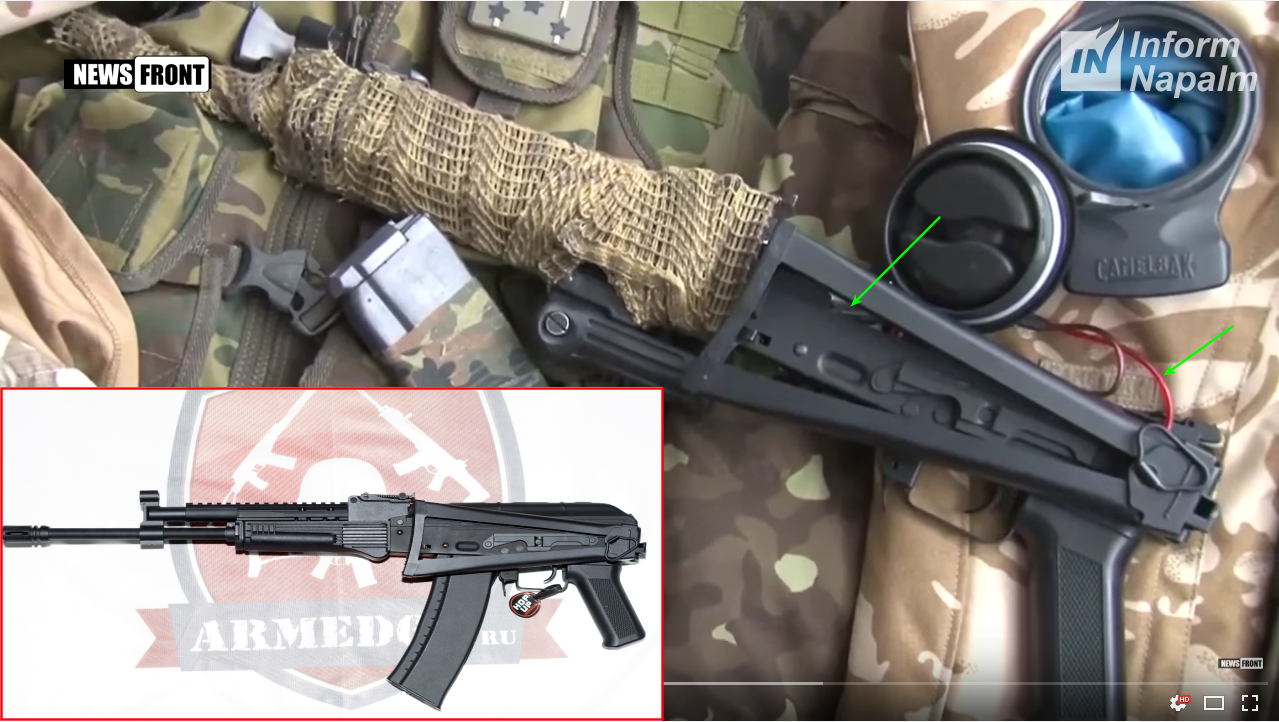 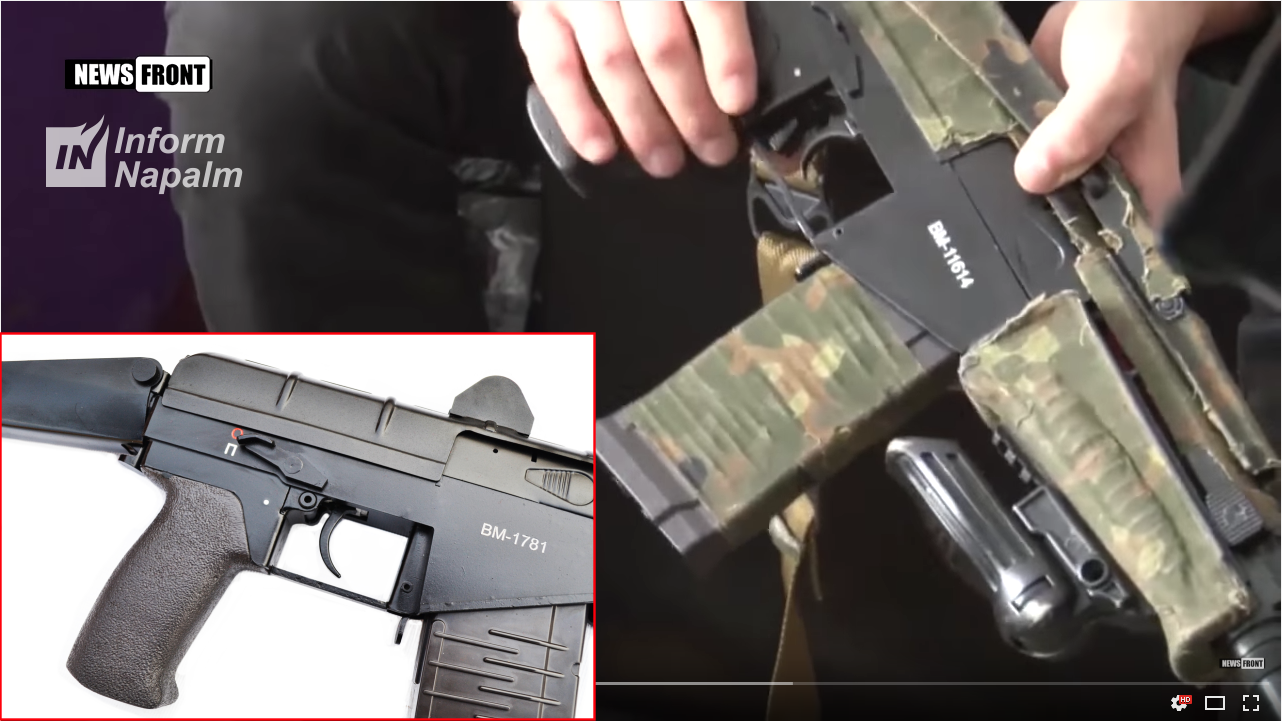 3) MR-654K air pistol. Note the two teeth on the barrel breech. The Makarov PM pistol, as well as gas and traumatic analogue, do not have such teeth: 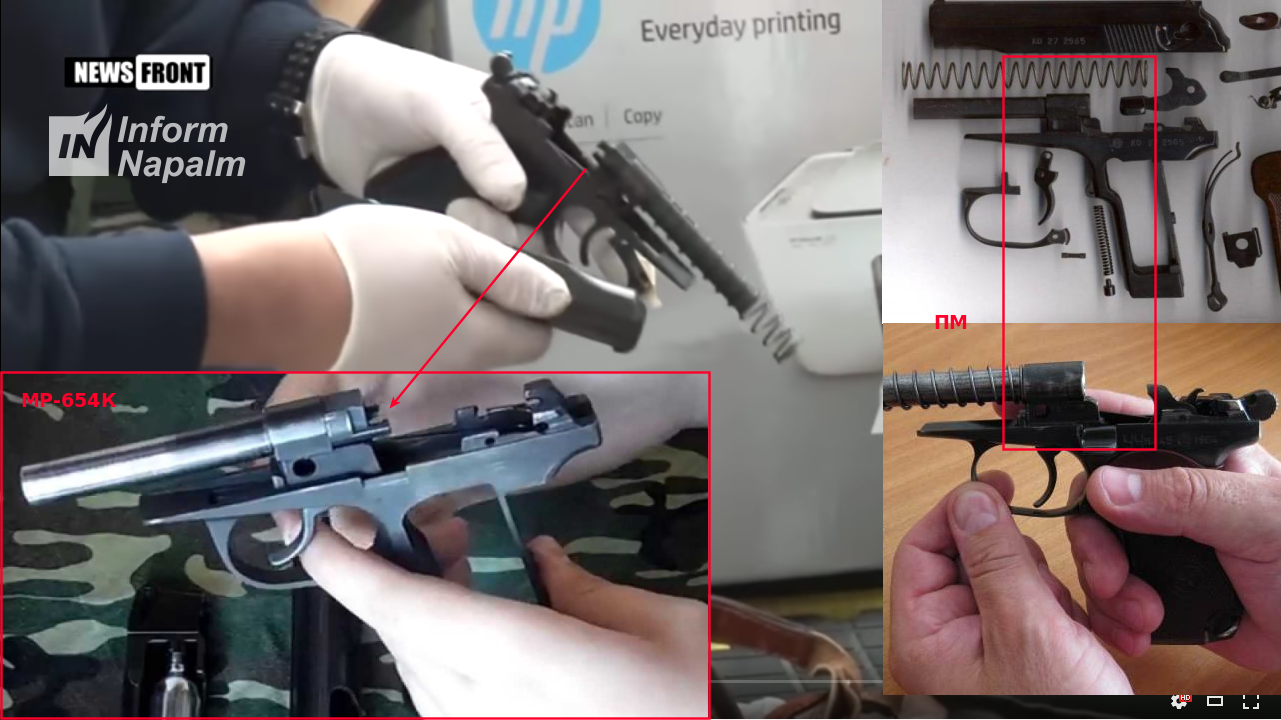 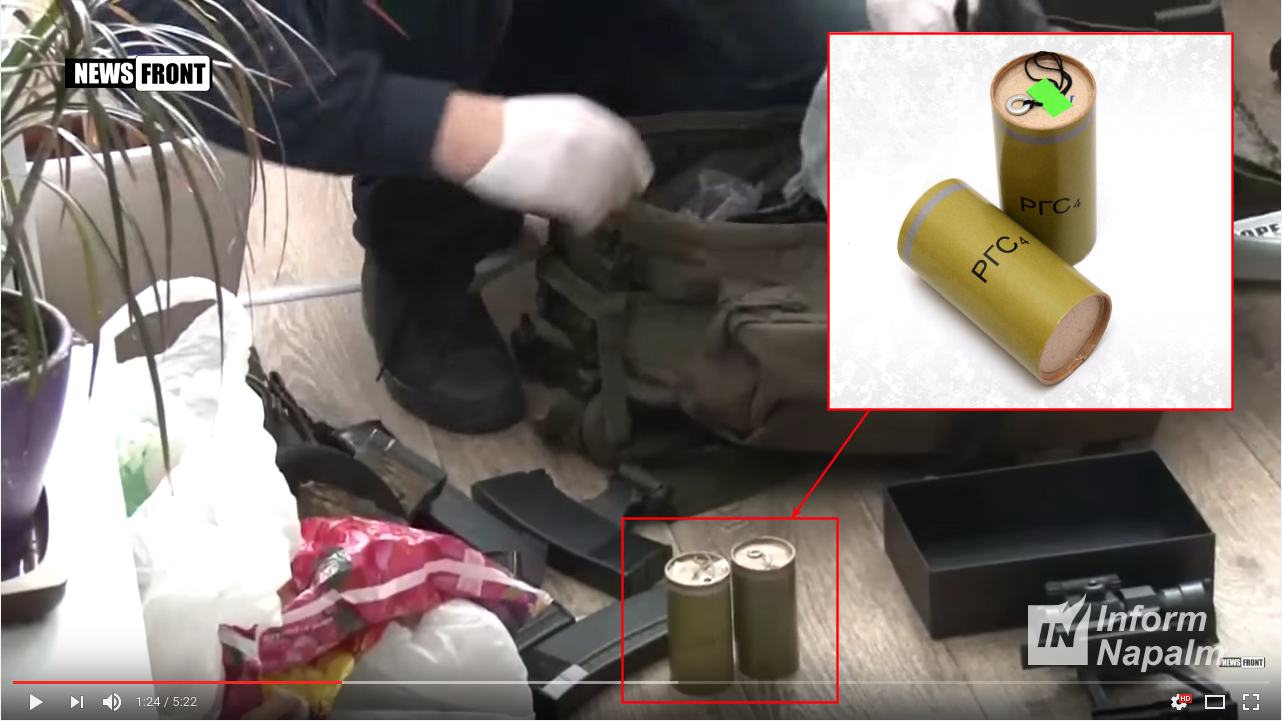 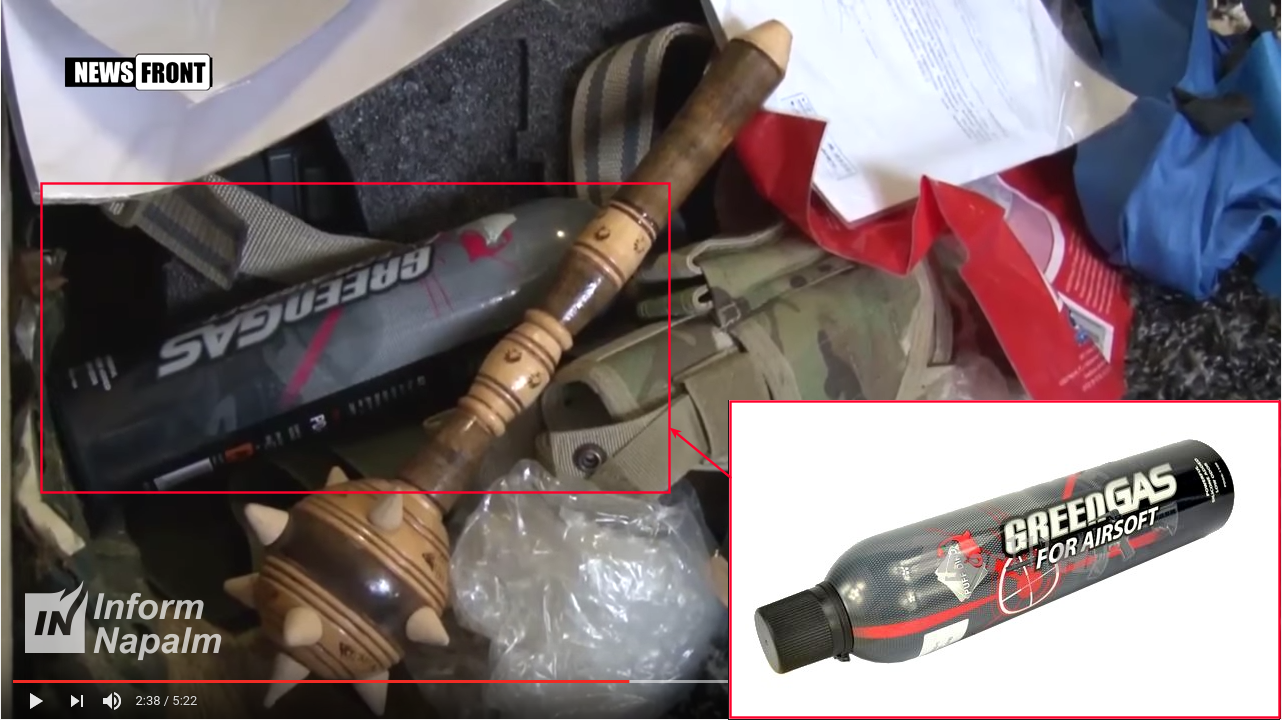 The sensation just fell flat. However, there will be those who will cry: “What about all the explosives found in the sewage well?” The answer simply is that it is not clear WHO found it, WHERE and WHEN. It looks as though this is just another stage show produced by the FSB for the Russian public.

By Kuzma Tutov and Mikhail Kuznetsov.

2 Responses to “Airsoft guns of “Ukrainian saboteurs”, or Another show of FSB”