Another Russian drone shot down in Syria. Overview of Orlan-10 crashes from Syria to Ukraine 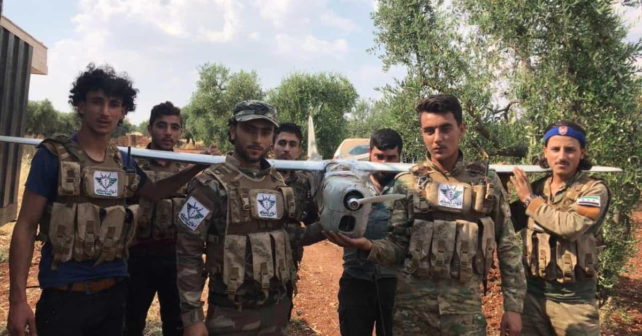 On June 15, in the north of the Syrian province of Aleppo another Russian multi-purpose UAV Orlan-10 was shot down. InformNapalm international intelligence community has reviewed this incident and analyzed how often the Russian UAV Orlan-10 has been shot down in Syria and in Ukraine. According to various estimates, the price of one Orlan-10 UAV ranges from $87,000 to $120,000. Russia has already lost several dozen of these UAVs.

According to one version, the Orlan-10 was shot down by rebels of the Front for National Liberation from an anti-aircraft gun. Photos of the drone and people in military uniforms holding it appeared on the Internet. 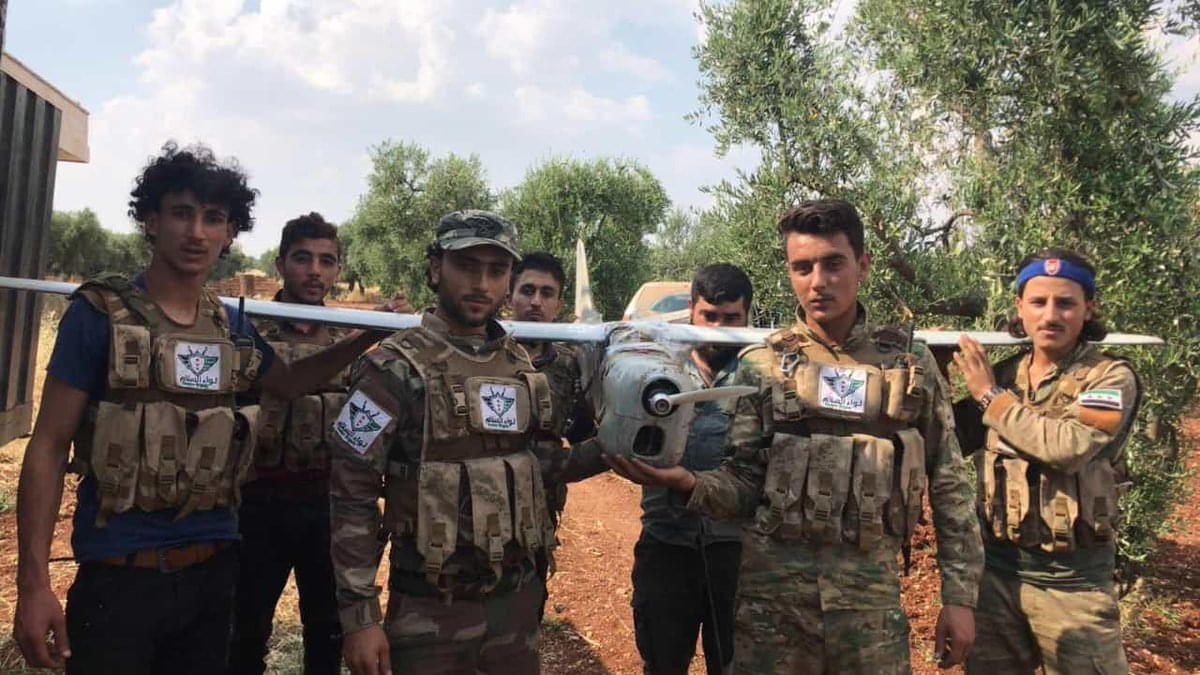 According to another, less painful for the Russian military version, the drone went out of range of the ground station and flew autonomously until it ran out of fuel. Russian commentators are sticking to this version, pointing out at a parachute in the pictures of the UAV, and this allegedly indicates that the drone landed on its own. 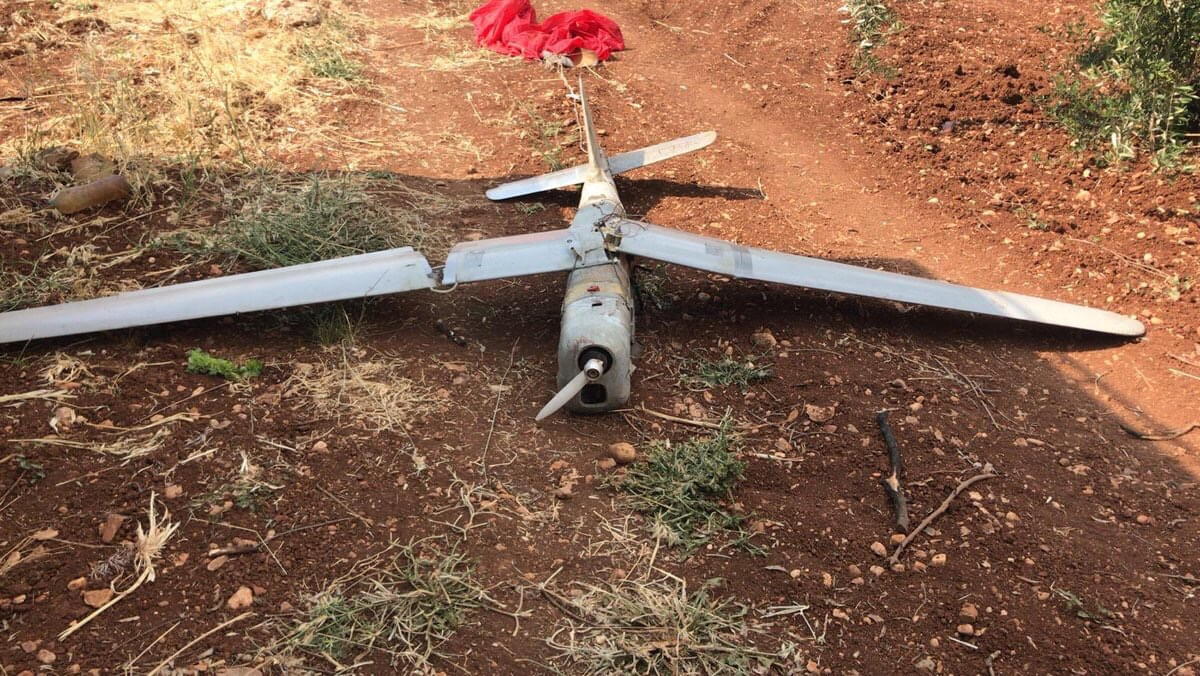 It was also established that the Russian UAV Orlan-10 conducted reconnaissance in the interests of the Russian Armed Forces between the Menagh air base and the city of Azaz, which is under the control of the pro-Turkish rebels. The coordinates of the incident are: 36.550741, 37.015686.

Photo and location by @QalaatAlMudiq

Other losses of Russian Orlan-10 drones in Syria

This is not the first case of the loss of Russian UAVs in Syria. The Orlan-10 got shot down by Syrian rebels on a regular basis.

This video recorded how the rebels in March 2019 shot down another drone, firing at it from an anti-aircraft gun. On the video you can see that the drone also released a parachute during a fall.

Here is another video report from 2015 in which a downed Russian Orlan-10 drone with a tail number 10270 was recorded.

According to InformNapalm international intelligence community, at least 14 drones of this type have been lost in Luhansk and Donetsk Oblasts of Ukraine. Of these, 4 fell as a result of system failure caused by the Ukrainian electronic warfare operations, and 10 Orlan-10 drones were shot down with small arms and air defense guns. According to other sources, the Russian occupation forces have lost at least 19 such UAVs since the beginning of the war in the Donbas.

In 2017, InformNapalm international intelligence community published a number of investigations that revealed documentary evidence of the use of Orlan-10 UAV systems by Russian military personnel in Ukraine in the Donbas combat zone. For its analysis, InformNapalm used the documents obtained by the hacktivists of the Ukrainian Cyber Alliance from the computer of the intelligence chief of the 2nd Army Corps of the Russian occupying forces in Luhansk Oblast.

Orlan-10 can be sanctioned

The Orlan-10 multifunctional unmanned aerial vehicle has been actively used by the Russian Armed Forces in combat operations against Ukraine and in Syria. According to open sources, the system was developed by the Russian company Special Technology Center and is part of the Russian unified tactical command and control system that implements the concept of network-centric warfare. It turned out that the Russian manufacturer produces only the body of the drone and the MNP-M7 navigation receiver. Even the receiver is based on the ADSP-BF534 chip made by the American company Analog Devices. The remaining components of the drone: GPS tracker, starter generator, engine, ignition module, flight controller, telemetry transmission module, and GPS module – are made in the USA, Germany, Japan, China, and other countries. These technologies are dual-use goods that Russia purchases and uses for military purposes. Read more about the Orlan-10 components in this InformNapalm article.

By Roman Burko specially for InformNapalm

You can help InfromNapalm volunteer who battles cancer. You can learn how to help here.

No Responses to “Another Russian drone shot down in Syria. Overview of Orlan-10 crashes from Syria to Ukraine”