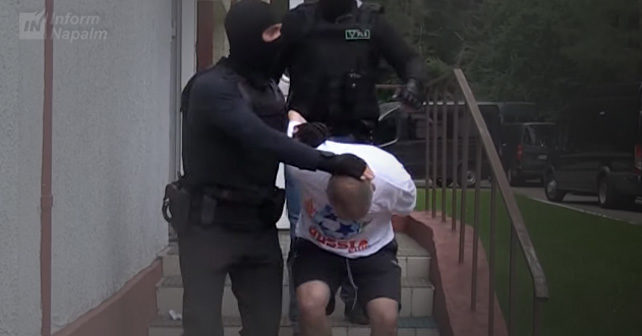 On July 29, 33 Russian citizens were detained in Belarus as part of a group of Russian saboteurs preparing to destabilize the situation in the country during the election campaign. This was reported by Belta with reference to its own sources in the law enforcement agencies of Belarus. According to the publication, the detained militants belong to the Wagner Private Military Company (PMC). This is a military proxy formation used by the Main Directorate of the General Staff of the Russian Armed Forces (formerly the Main Intelligence Directorate, GRU) to conduct illegal military operations abroad. It was used by the Russian Federation in the war in Ukraine, Syria, Libya and other military conflicts. Numerous studies of this proxy formation have been published on the website of the international intelligence community InformNapalm.

Details of the capture of a sabotage group in Belarus

It is reported that the detained mercenaries from the Russian Federation are only part of a large group. The Belarusian law enforcement agencies have received information about the arrival in Belarus of more than 200 militants whose task is to destabilize the situation in the country. After arriving in Minsk on the night of July 24-25, a group of Russians settled in one of the hotels, and on July 27 left the hotel and moved to one of the resort houses in the Minsk region.

According to the administration of the resort, the visiting Russians drew attention because of the behavior uncharacteristic of Russian tourists, and because of their monotonous military-style clothing. The men did not consume alcohol, did not attend places of entertainment, and kept separate, trying not to attract attention. They carefully studied the territory and surroundings of the resort in small groups.

On the night of July 29, 32 militants were detained by the KGB of Belarus with the support of riot police. In addition, one other saboteur was identified and detained in southern Belarus. The Investigative Committee is conducting an inspection of these persons.

The Belta news agency also published a complete list of a group of detained Russian militants, quoted in Russian. Some of these mercenaries have previously appeared in the materials of the Security Service of Ukraine and are included in the database of the Myrotvorets (Peacemaker) Center. In the list we mark them with links to this database:

On July 30, the website of the Myrotvorets Center published updated information, according to which all detained militants have Russian passports; 10 of them, in addition to their Russian citizenship, have Ukrainian citizenship; all listed persons are entered into the Peacekeeper database with additional data. It is also reported that 3 people from the list given in the Belarusian media had errors in spelling their last names.

In 2018, the international volunteer community InformNapalm, based on its own OSINT investigations and materials from other researchers, prepared a report on Russian armored personnel carriers (APCs) used by the Kremlin for hybrid military aggression abroad. The report was presented to the NATO Parliamentary Assembly (PA), and in 2019 also provoked a stormy hysterical reaction from Russian MP Elena Serova during the OSCE PA.

The report addressed various issues regarding proxy formations controlled by the Kremlin, in particular, the mechanisms of financial benefits that the ruling elite of the Russian Federation receives from the involvement of mercenaries in armed conflicts. Part of the report was devoted to an analysis of the threats posed by Russian proxies to world security and possible ways to combat Russia’s hybrid armies, which are hiding under the brand of “independent private military companies.”