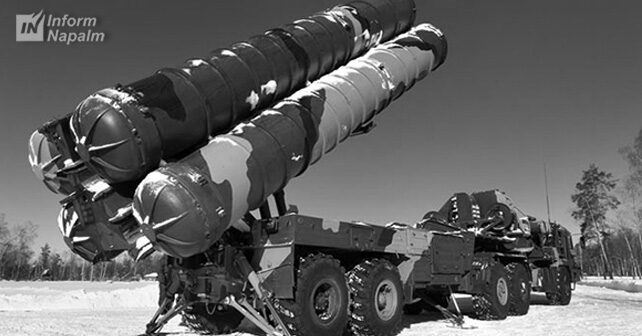 In 2021 and 2022, under the guise of joint military maneuvers, Russia continued saturating the Belarus’ territory with Russian military equipment, some of which did not return to the points of permanent deployment after joint exercises. Russia also set up several hybrid military bases, which were called “combat training centers” to downplay the threat of occupation posed by these facilities. It is noteworthy that placing of military bases in Belarus has been a long-standing goal for Russia. And only now, when Lukashenka’s regime has finally handed over the sovereignty of Belarus into the hands of the Kremlin, Russia began to actually implement this goal at a rapid pace.

Since 2013, Russia has been making efforts to place military bases in Belarus. In 2015, volunteers of InformNapalm intelligence community published an OSINT investigation titled Preparation of Jumping-off Ground for Russian Air Forces in Belarus. This investigation indicated that the deployment of such bases threatened not only the sovereignty of Belarus, but could also provide a springboard for Russian offensive against Ukraine from the north. Since 2016, setting up of such springboards has been put on hold, but it actively resumed on March 5, 2021. During a meeting in Moscow, the Belarusian Defense Minister, Lieutenant General Viktar Khrenin and the Russian Defense Minister Sergey Shoigu discussed the implementation of the Belarusian Strategic Partnership Program for 2021-2025 and agreed the formation of three joint training and combat centers.

Today, under the guise of training and combat centers in Belarus, new Russian military bases have been set up and further development of these capacities continues. It was planned that Russian combat aircraft and surface-to-air defense systems would be located on the territory of these centers. 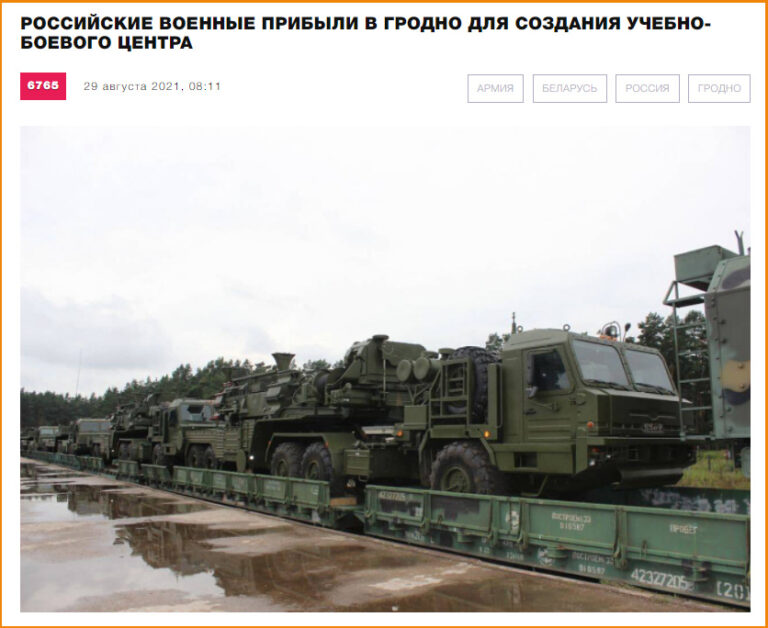 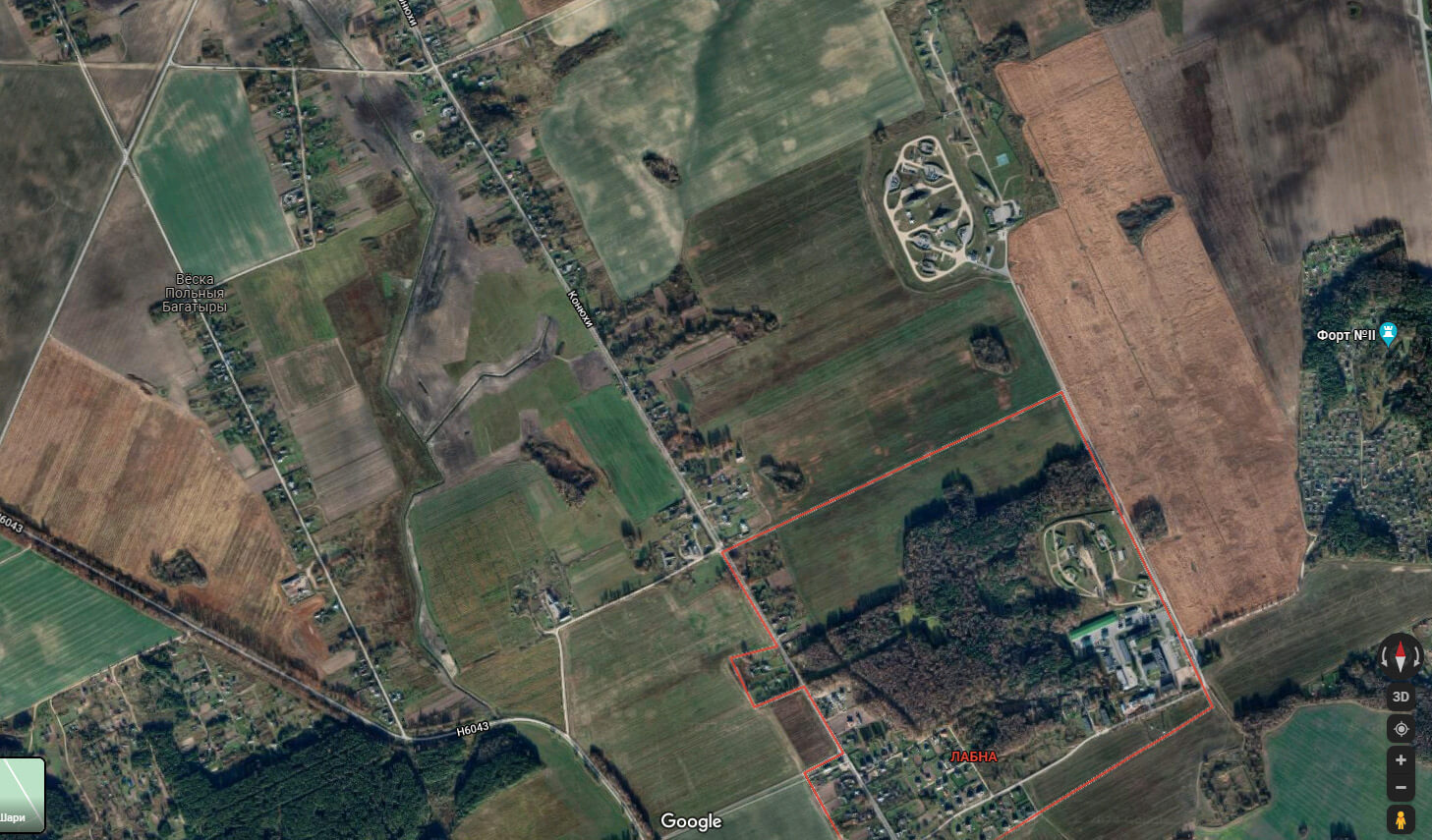 Combat aircraft make up another component of the newly formed military base, which is being set up under the guise of a combat training center. On September 8, 2021, three Russian Su-30SM fighters arrived at the Baranavichi airfield (link, web archive). We could establish their registration numbers:

Meanwhile, the number of “training centers” has continued to grow. On October 6, 2021, Russian Defense Minister Sergey Shoigu announced that two combat training centers had already been deployed on the territory of Belarus (web archive). Apparently, he meant the deployment of Su-30SM fighters in Baranavichi and S-400 air defense systems near Hrodna.

Interestingly, on December 1, 2021, Lukashenka also stated that the S-400 systems were already in Belarus, and that they were “in a training center” (web archive).

On January 21, 2022, Russia announced that it was sending two S-400 battalions to Belarus during preparations for the Allied Resolve 2022 exercise. Interestingly, on the same day, the avia.pro portal wrote that the S-400 had allegedly already arrived in Belarus (web archive). The authors of the report illustrated their news story with a video of the dispatch of the S-400 from the Khabarovsk Krai. Judging by the title of the video, it was taken from the report of Russian RIA Novosti media outlet, which spoke about the dispatch of the S-400 from their permanent station (web archive). 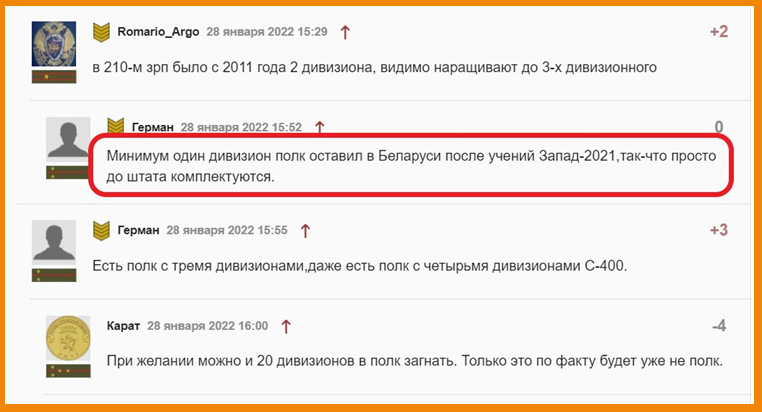 Just two days later, on January 23, 2022, a report about the arrival of Russian troops at the Polonka station in the Brest region appeared on the website of the Belarusian BT TV channel (web archive). First, the report shows the military men standing near the rail cars with the inscription “Russian Railways”. And then (starting from the 0:16) the video shows the transportation of the S-400 anti-aircraft missile system. As a result, viewers may get the impression that the S-400 air defense systems arrived in the Brest region on this train along with these servicemen. However, the video clip with the S-400 was taken from the January 21 report by the Russian Ministry of Defense (web archive), which said that this air defense system had just been dispatched, and the video footage in question was taken on the road to the loading station in Khabarovsk Krai.

As for their arrival, it was only mentioned by the Russian newspaper Rossiyskaya Gazeta in a report dated January 31, 2022, about two battalions of the S-400 air defense systems redeployed to Belarus in order to test the Unified Regional Air Defense System (web archive).

As a result, the arrival of the air defense system was solemnly announced on the morning of February 3 (web archive), while the actual arrival of Russian military equipment took place at night.

The described episodes suggest that Russian and Belarusian governmental media showed imitation activities hiding the presence of the S-400 air defense systems in Belarus as well as the real number of these systems.

It is likely that following the Zapad-2021 exercises, Russia kept its military equipment in Belarus. In the comments under the discussion of the deployment of S-400 air defense systems in Moscow Oblast, one of the commentators says that the 210th Anti-Aircraft Missile Regiment (military unit 51890) of the 4th Air Defense Division of Russia, which is located in the Dmitrovsky Raion of the Moscow Oblast, kept at least one S-400 battalion in Belarus (web archive).

Thus, the Allied Resolve 2022 maneuvers serve Russia’s plans to strengthen and legalize the presence of its military equipment and personnel in Belarus, which had been sent there earlier.

But a more significant question is what role does Russia assign to its new military bases?

There is a material risk that these military bases, in turn, will become a means for the “legalization” of Russian military personnel and equipment, which will remain there after the end of the Allied Resolve 2022 maneuvers.

By the monitoring service of the Belarusian editorial team of InformNapalm international volunteer community.