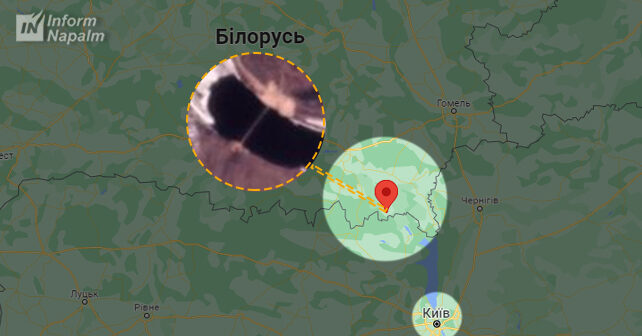 In Belarus, 4 kilometers from the Ukrainian border, the military deployed a pontoon bridge across the Pripyat River. And it seems that this immediately attracted the attention of American reconnaissance UAVs, which, according to open sources, monitor the area. InformNapalm reports with reference to the publications by Militarnyi and Texty.

Various OSINT researchers have noticed the construction of a pontoon bridge park on the territory of the Polesie State Radioecological Reserve of Belarus in the Chornobyl Exclusion Zone near the Ukrainian border and published their observations on Twitter. It is reported that the bridge was erected between February 14 and 15, as evidenced by satellite images. It should be noted that the construction of a pontoon crossings in areas so close to the border demonstrates the preparation for the offensive operation and intentions to conduct offensive operations.

@IntelDoge published satellite images with coordinates 51.5327, 29.86593 which show the work on the ground on both sides of the Pripyat River. 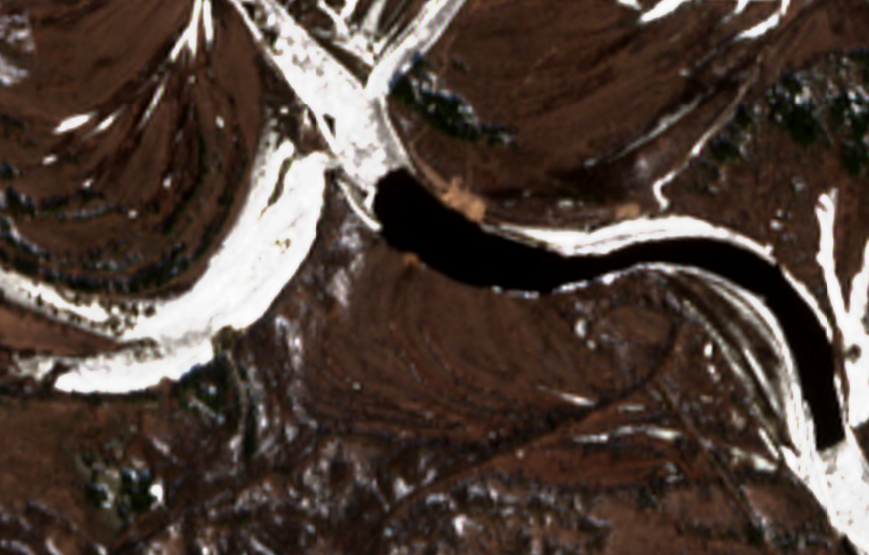 Satellite image of the pontoon deployment across the Pripyat River in Belarus. 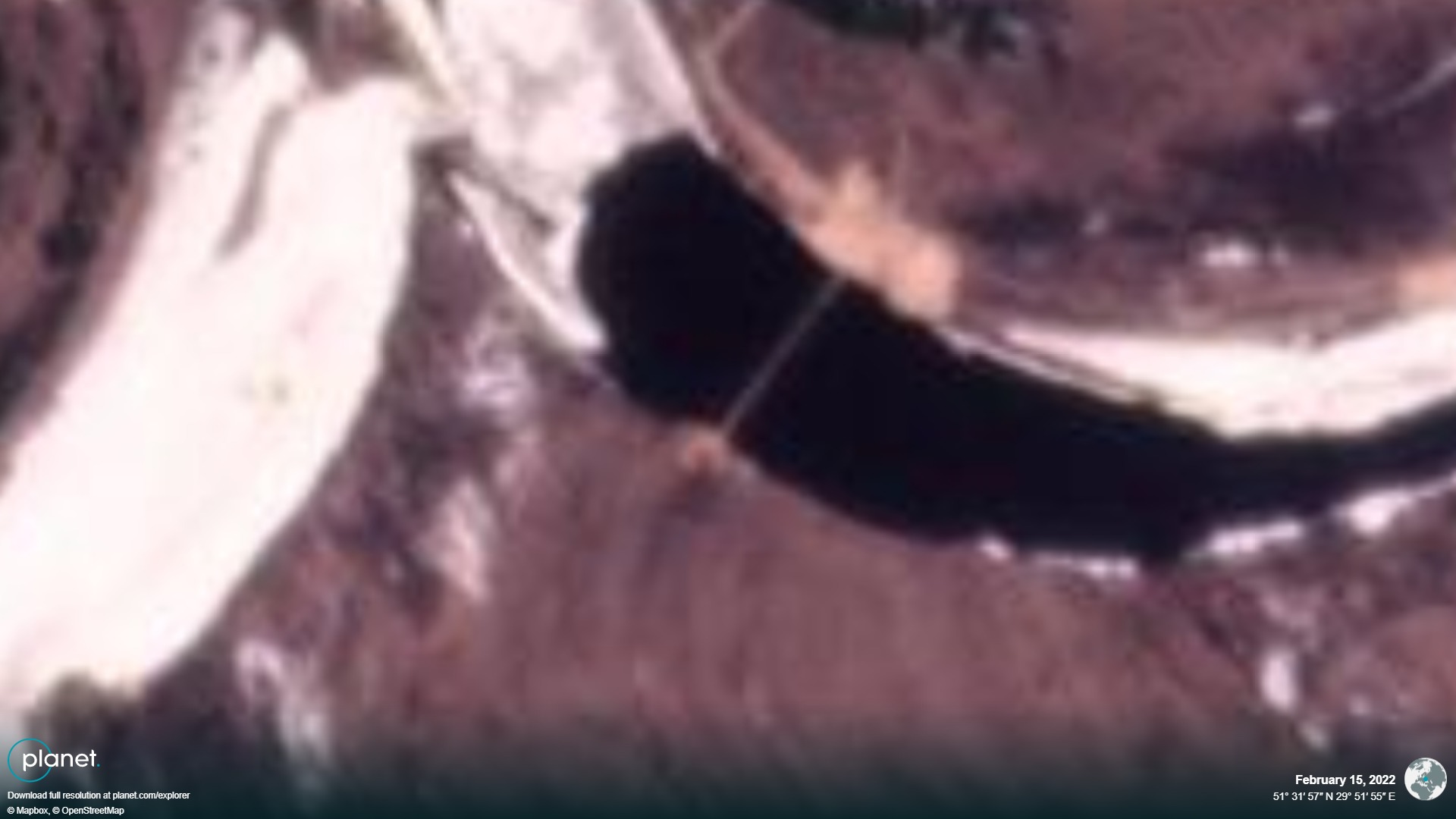 It is unknown at this time who built the bridge: the Russian or Belarus military. The territory of the Reserve is not listed among announced areas for Allied Resolve 2022 joint operational exercises. 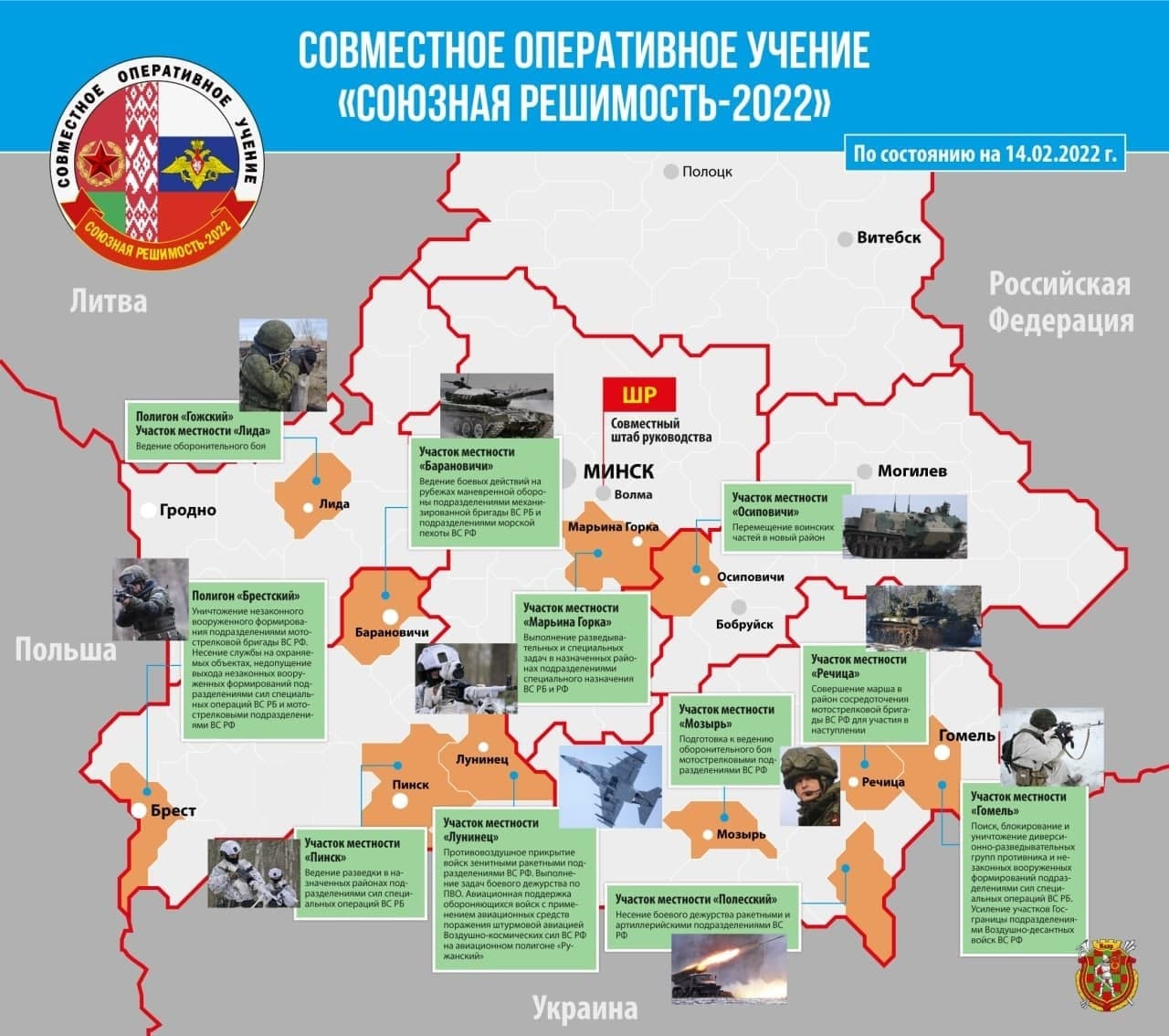 Areas of Allied Resolve 2022 military exercises as of February 14, 2022. Infographics: Ministry of Defense of the Republic of Belarus.

To the north of it is the Mozyr area where, according to legend, the Russian military has to practice defensive operations with a motorized infantry unit, and to the east is the Polessky area for the declared combat duty of artillery and missile units of Russian troops.

They are equipped with pontoon bridge parks. Also, bridging units are part of the transport troops of Belarus.

In addition to Belarusian units, Russian military units with appropriate weapons are now concentrated in the country.

At the end of January, a video with the movement of Russian PMP pontoon bridge systems was published by @GirkinGirkin. The video shows PMP-M pontoon bridge links, as well as BMK-460 tugs.

According to TEXTY, in order to assess the operational situation in the area, the US military switched to manual mode one of the MQ-4 Triton reconnaissance UAVs which additionally inspected the area close to the bridge. Recently, several US and other NATO air reconnaissance missions have been operating daily along Ukraine’s borders to monitor Russian troop levels and border situations. 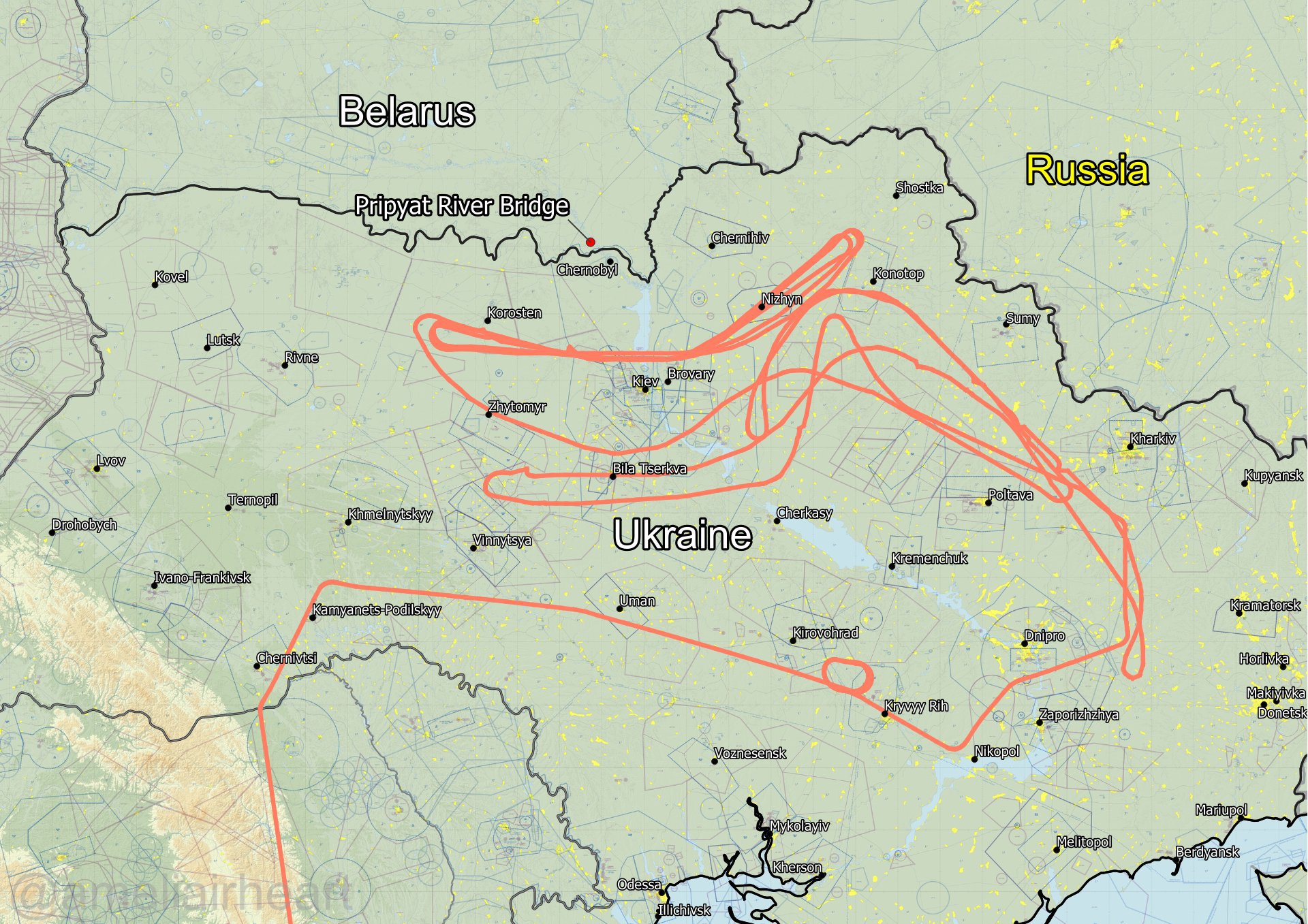 The path of the MQ-4 drone at the top of the map is aimed at the new pontoon bridge indicated by the point. Map from @ameliairheart.

Overall, it is difficult to launch an offensive using this kind of pontoon crossing on dirt roads and numerous swamps in the area. In addition, the weather forecast in Pripyat and along all threatening areas of the Ukrainian border for the next month indicates the impossibility of sufficient freezing of the soil which makes the movement of Russian heavy equipment very problematic. For example, on February 11, InformNapalm volunteers geolocated a video of the 150th Motorized Division’s tanks stuck in mud in Rostov Oblast, 30 km from Ukraine’s border.