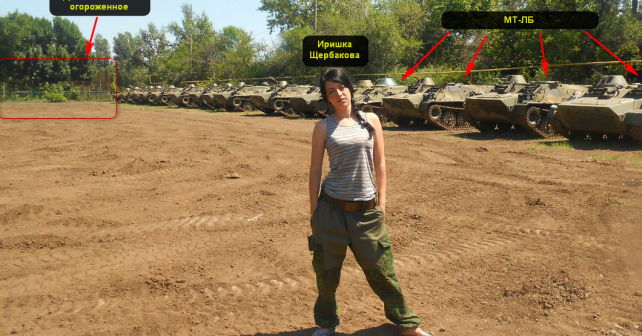 Russian army and mercenaries of the ‘Luhansk People Republic’ terrorist organization are using premises of the Stakhanov General Boarding School №1 [среднеобразовательная школа-интернат №1] as their military base: tanks and APCs are based in the schoolyard and the school building houses Russian personnel.

Evgeniy Elbrusovich Fyodorov a.k.a. Zheka Tsygan and his new girlfriend Irina Scherbakova hate Ukraine and love posting their photos online. Previously Mr. Tsygan helped us to locate ammunition storage facility on Krasnodon railway station near Sukhodilsk. Nowadays Mr. Tygan is a private in some ‘First cossack regiment’ of the separatist militant forces and he is uploading again! 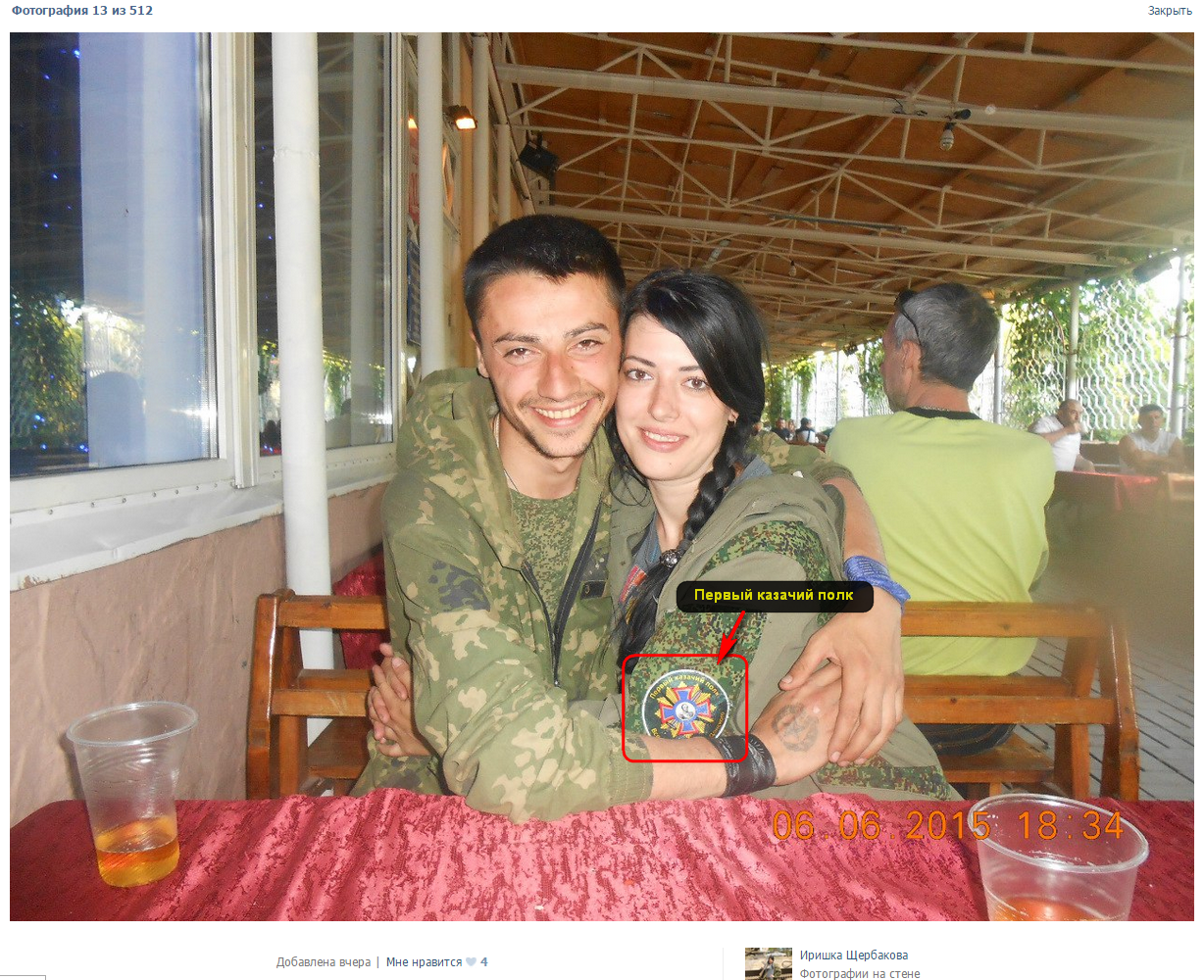 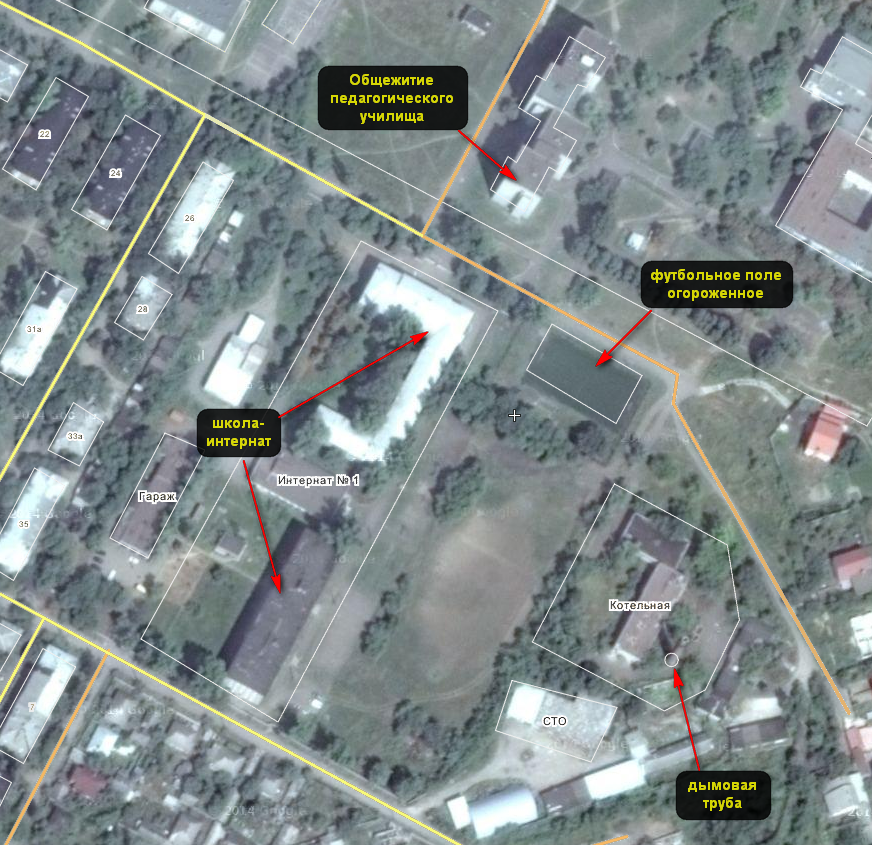 This is the main entrance:

Compare 2012 photo of the schoolyard from Panoramio with the recent photos made after the war started. Russian military equipment is now based in the schoolyard, right at the soccer field which is fenced by a metal fence painted in blue. 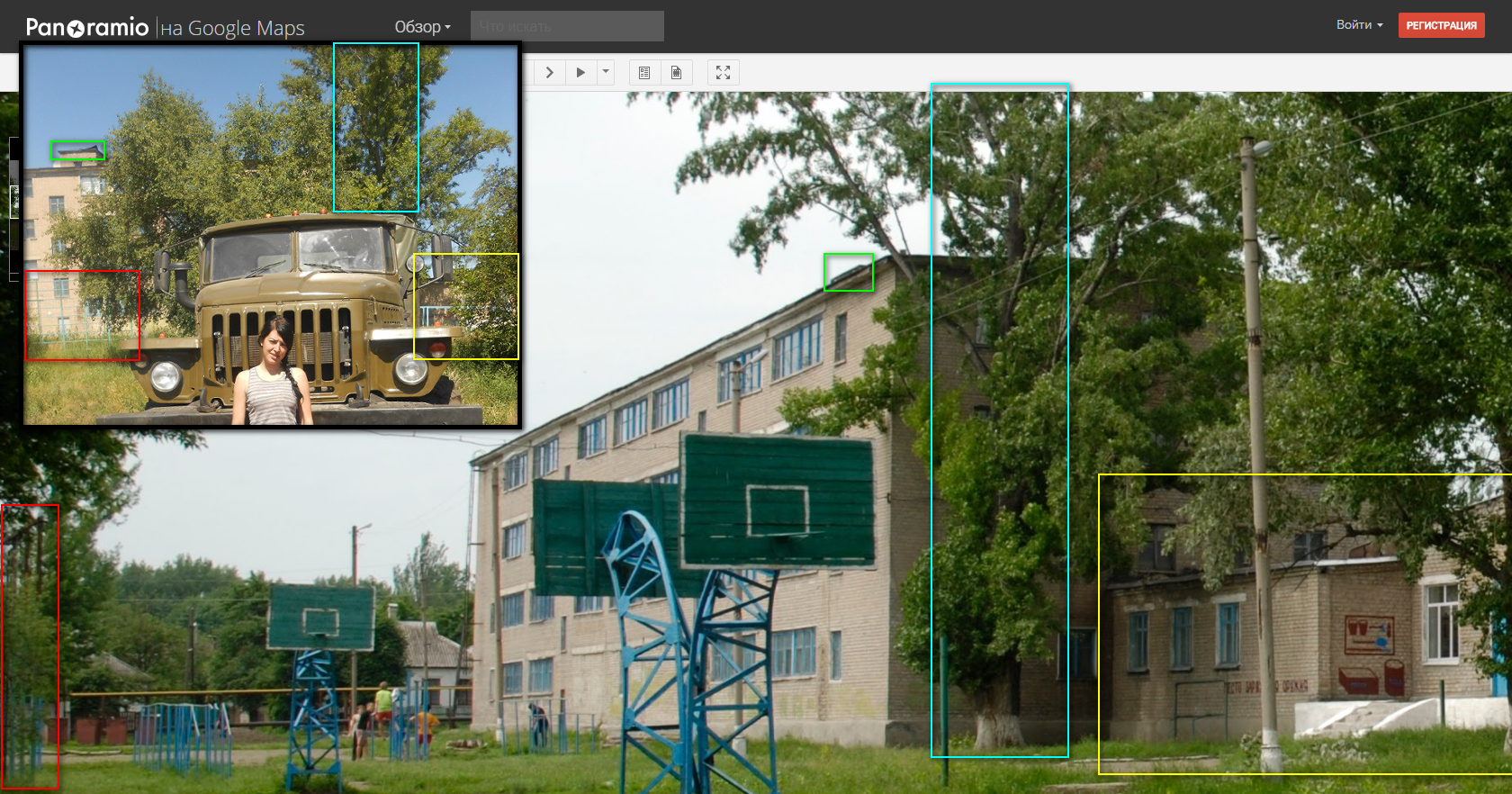 Do you see the blue fence of the soccer field comparing to the Рanoramio shot? 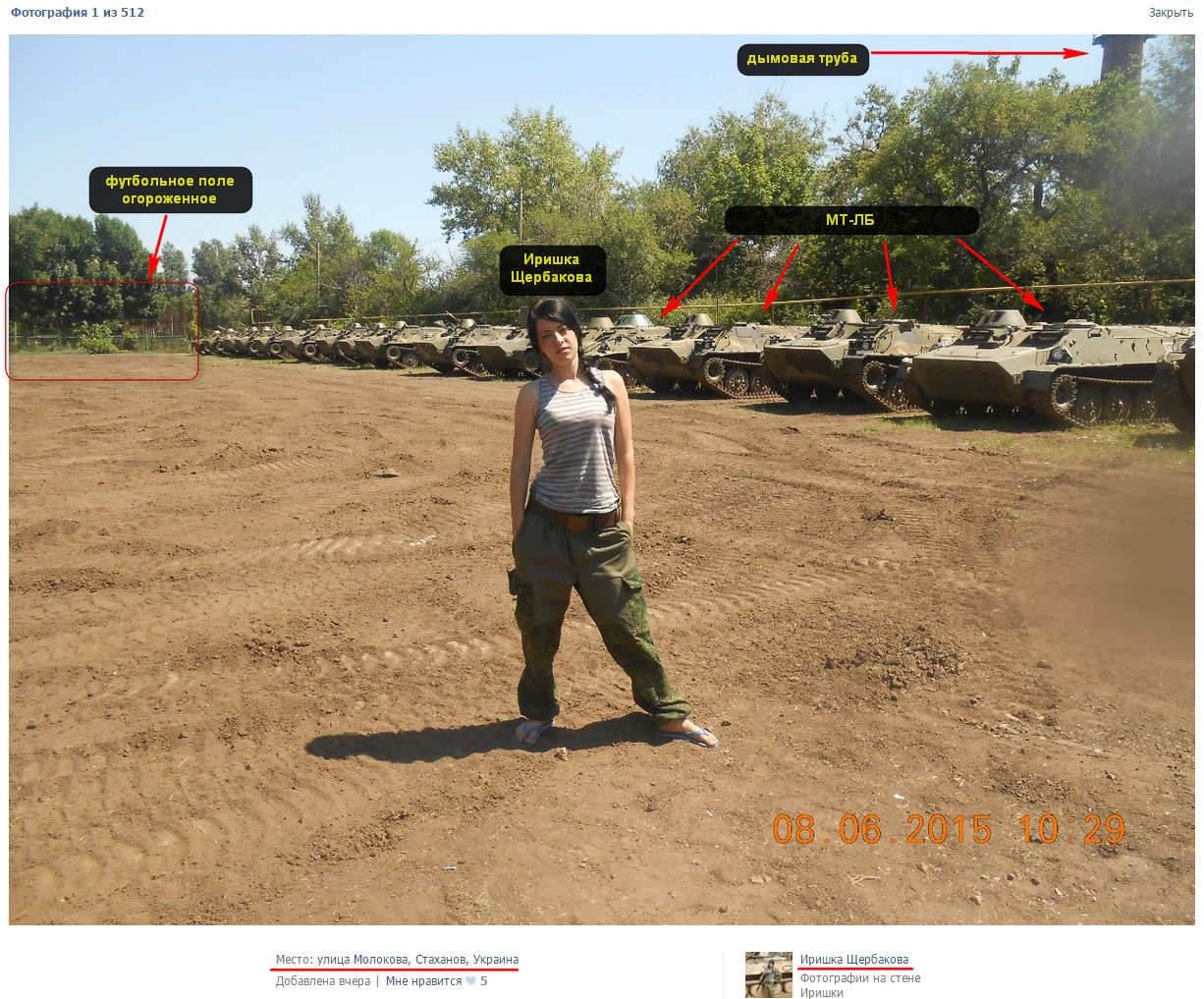 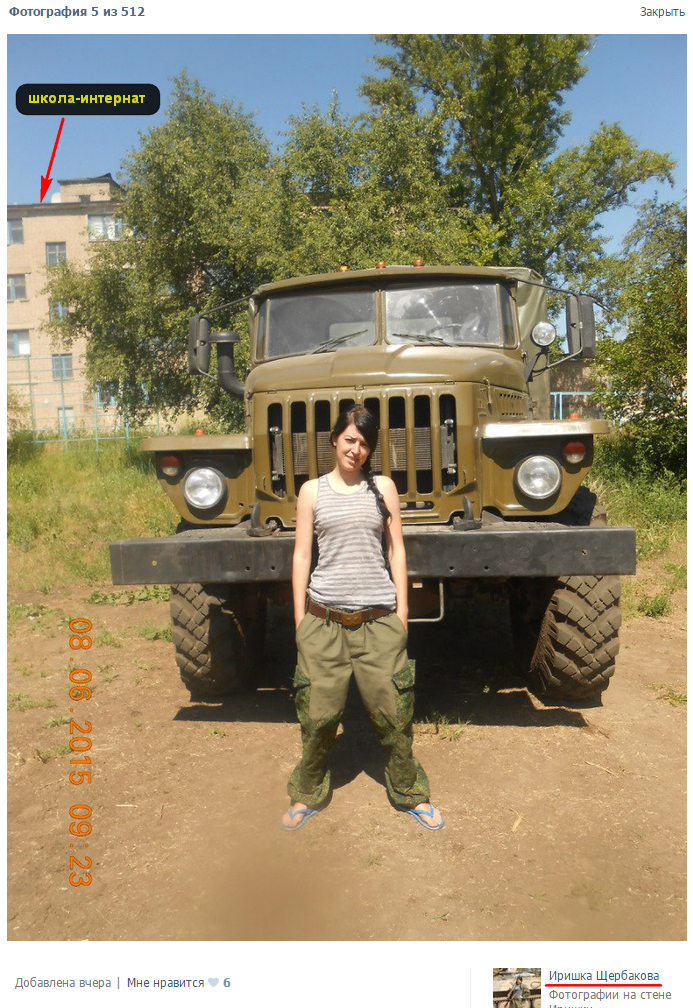 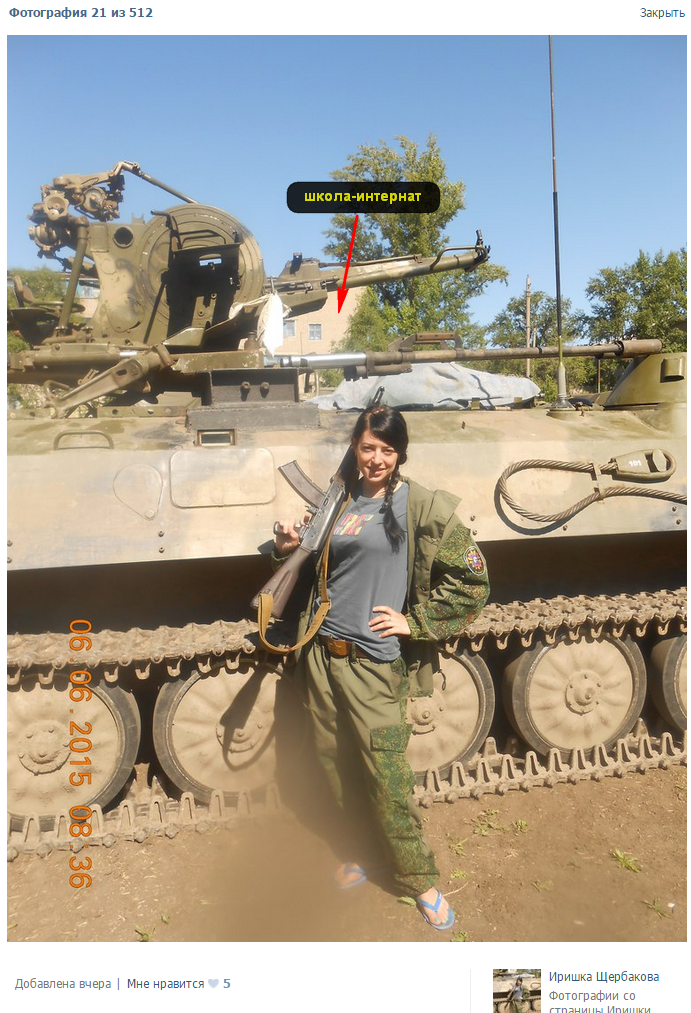 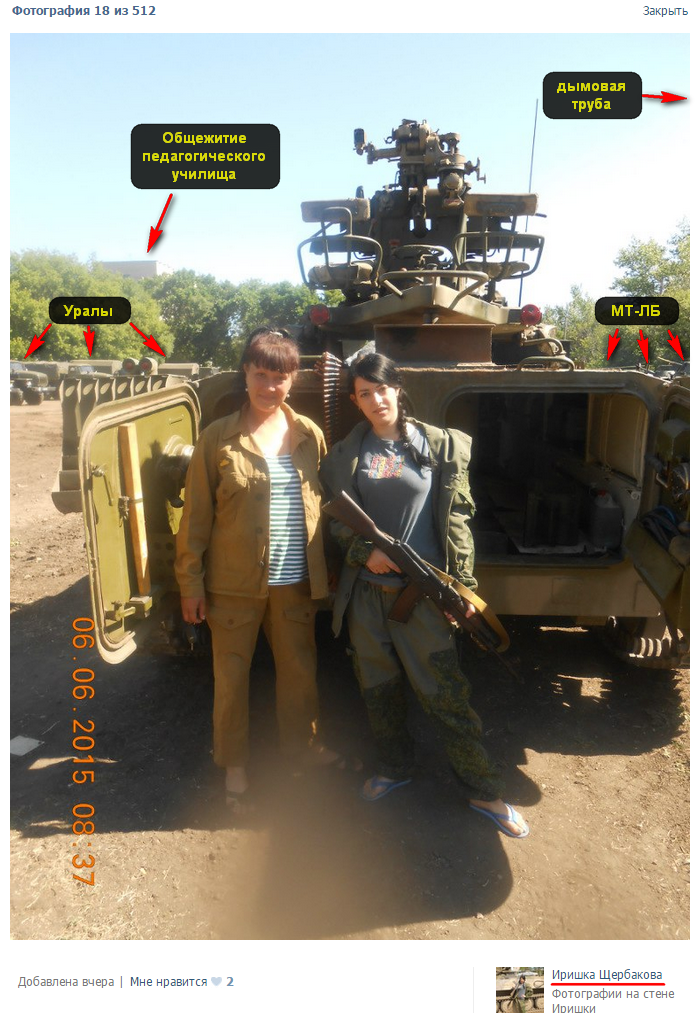 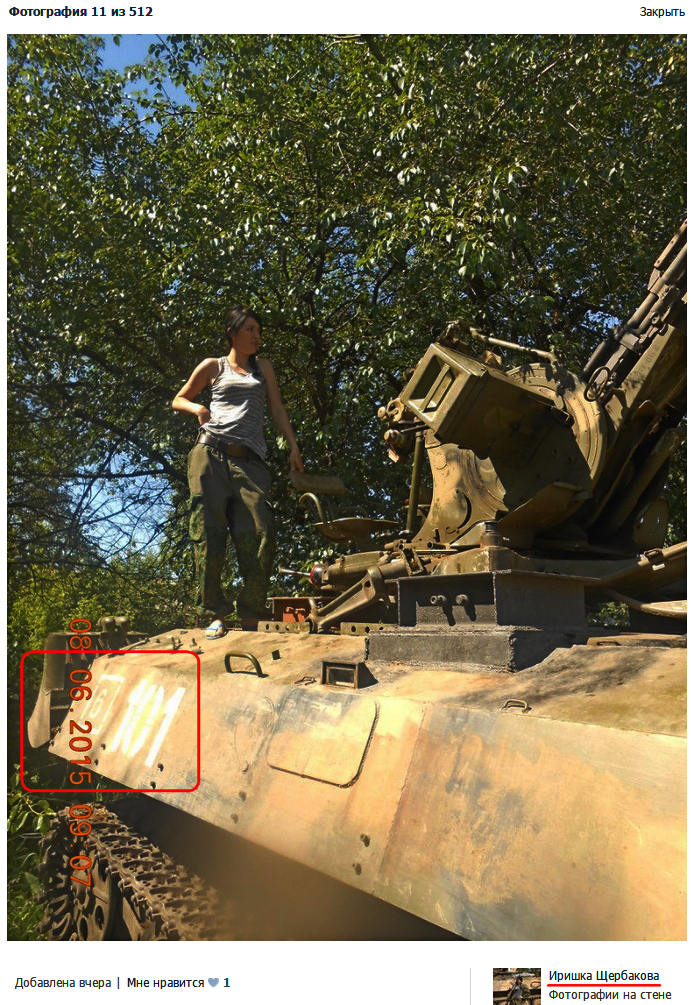 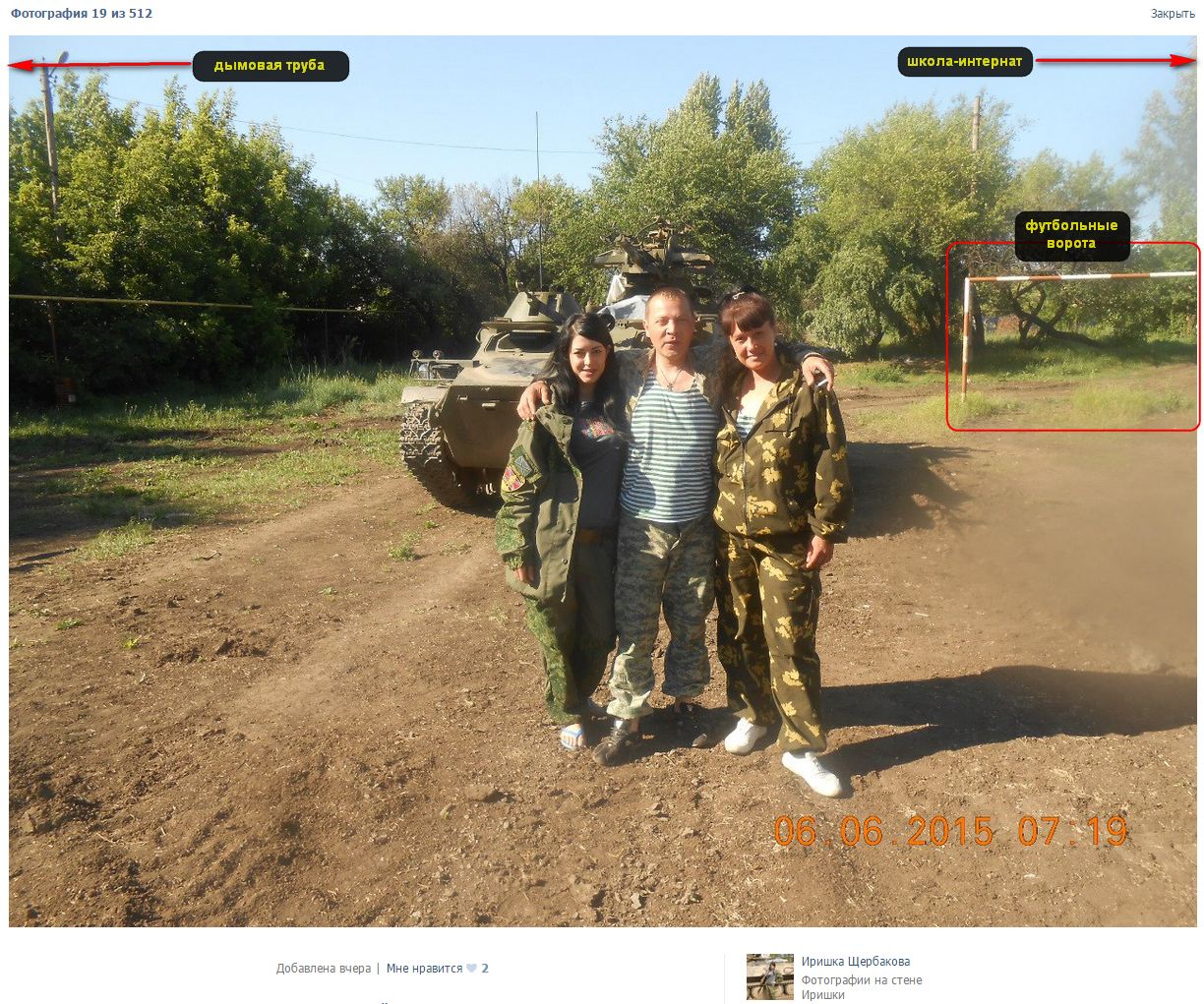 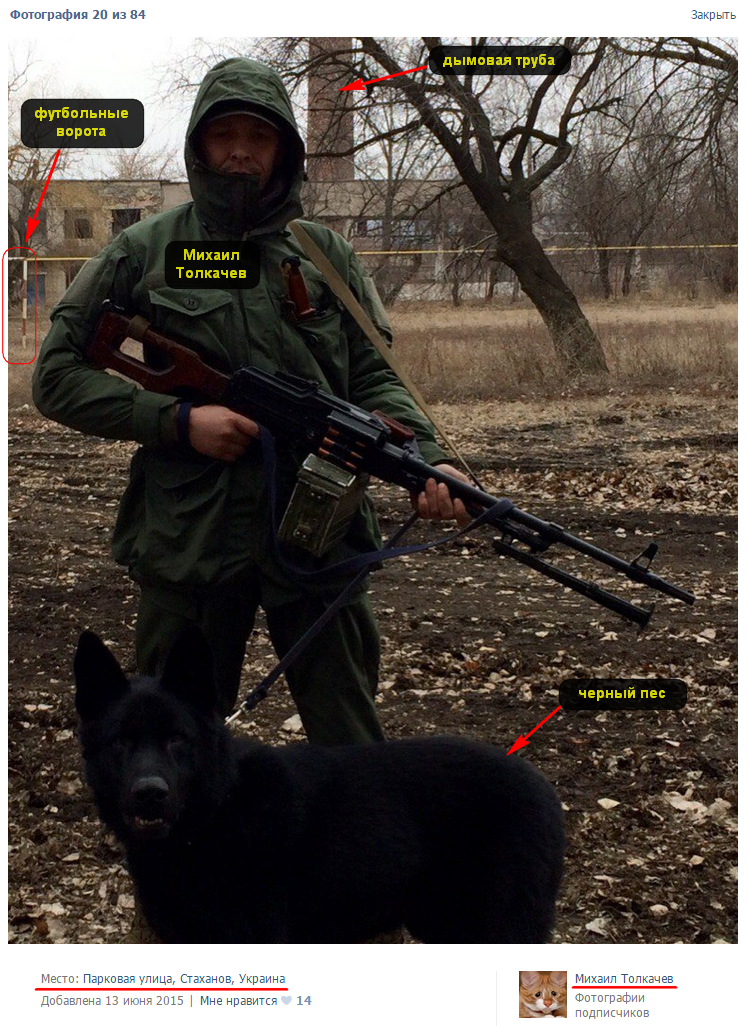 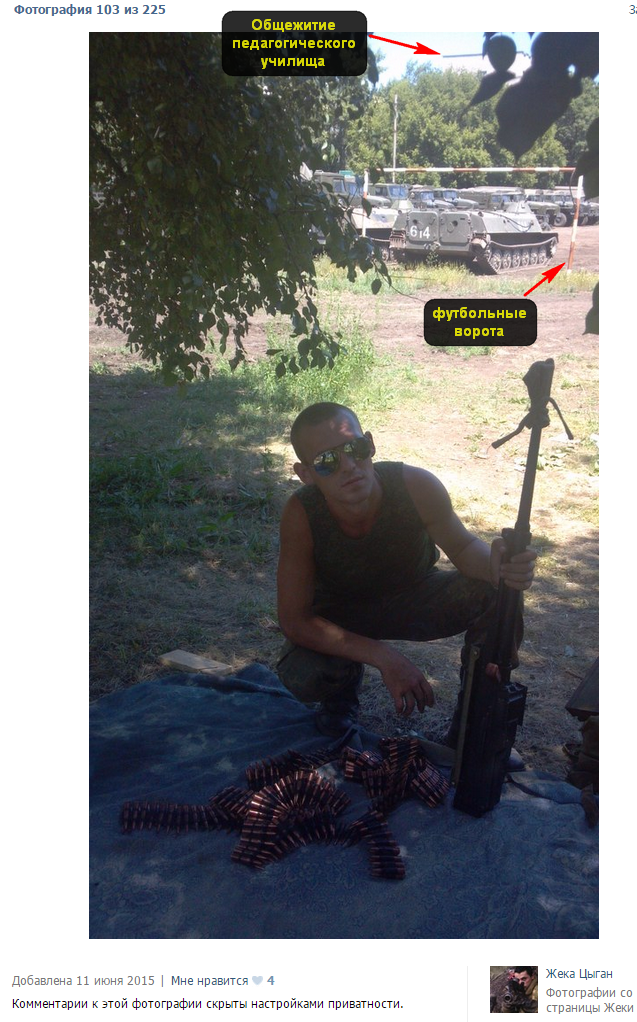 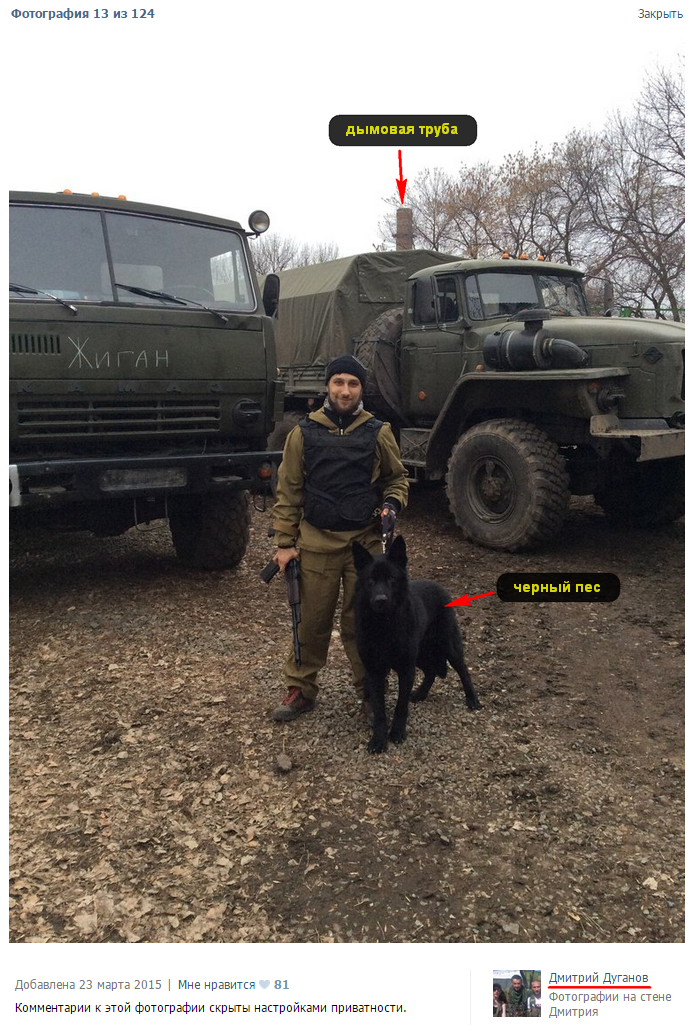 This photo was made in the dilapidated boiler house next to the boarding school building by Mikhail Tolkachev. 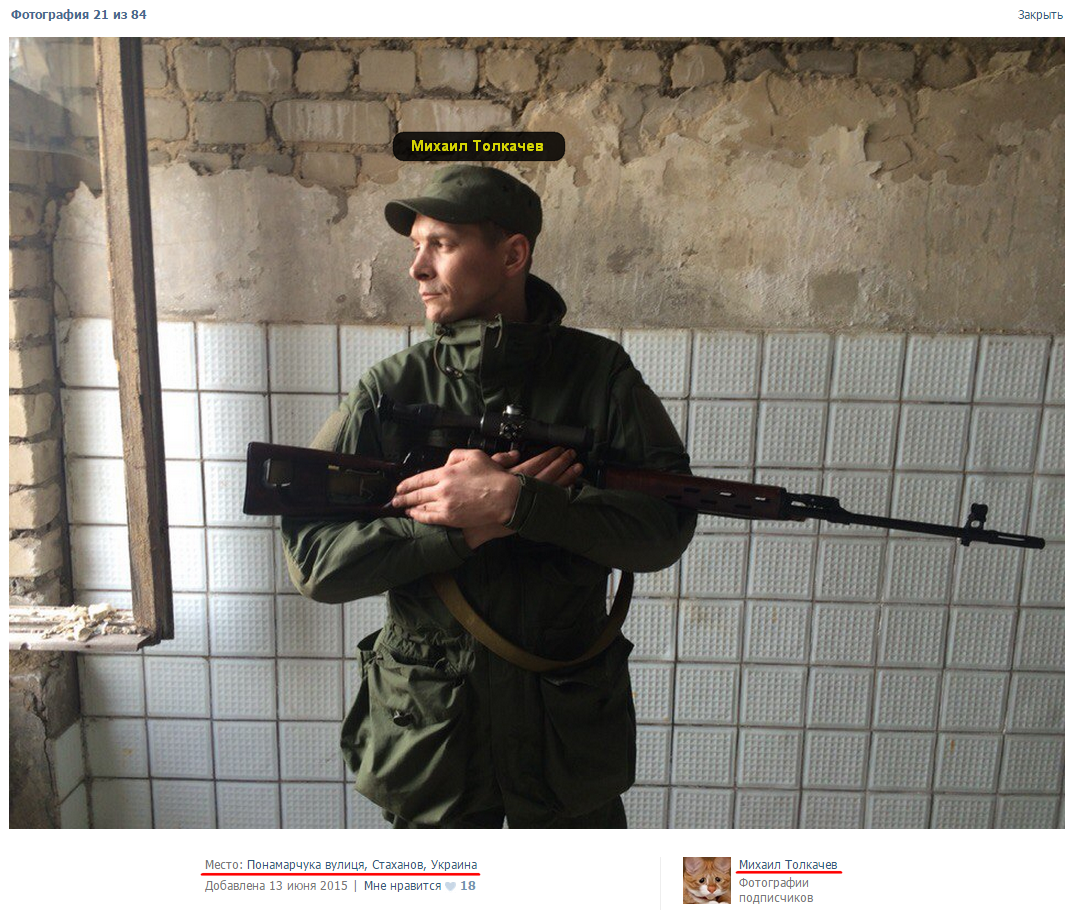 Notice the teaching aids on the walls of the school in the photos posted by the militants. 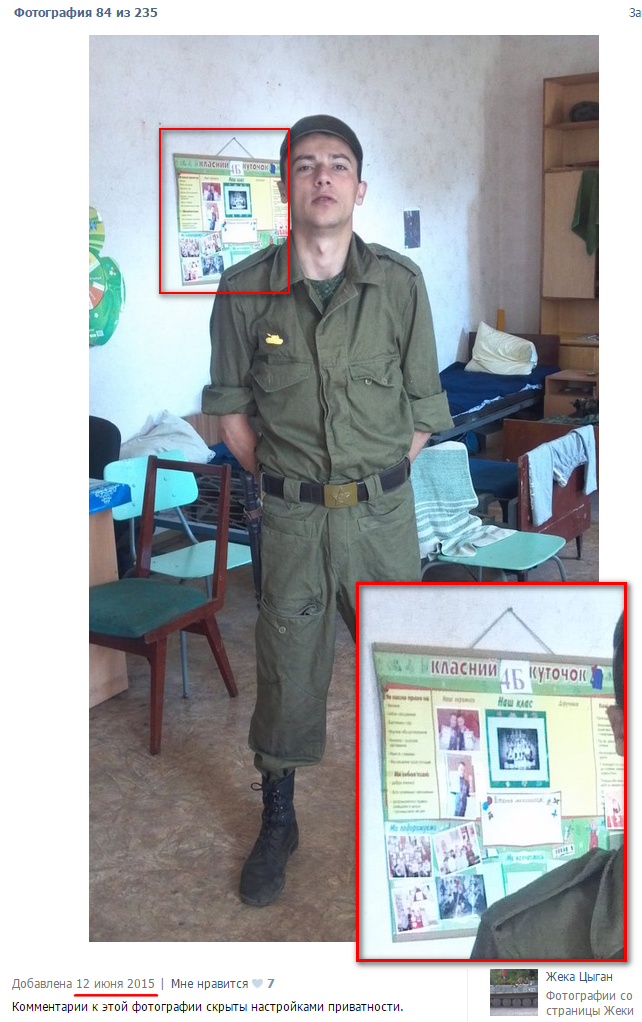 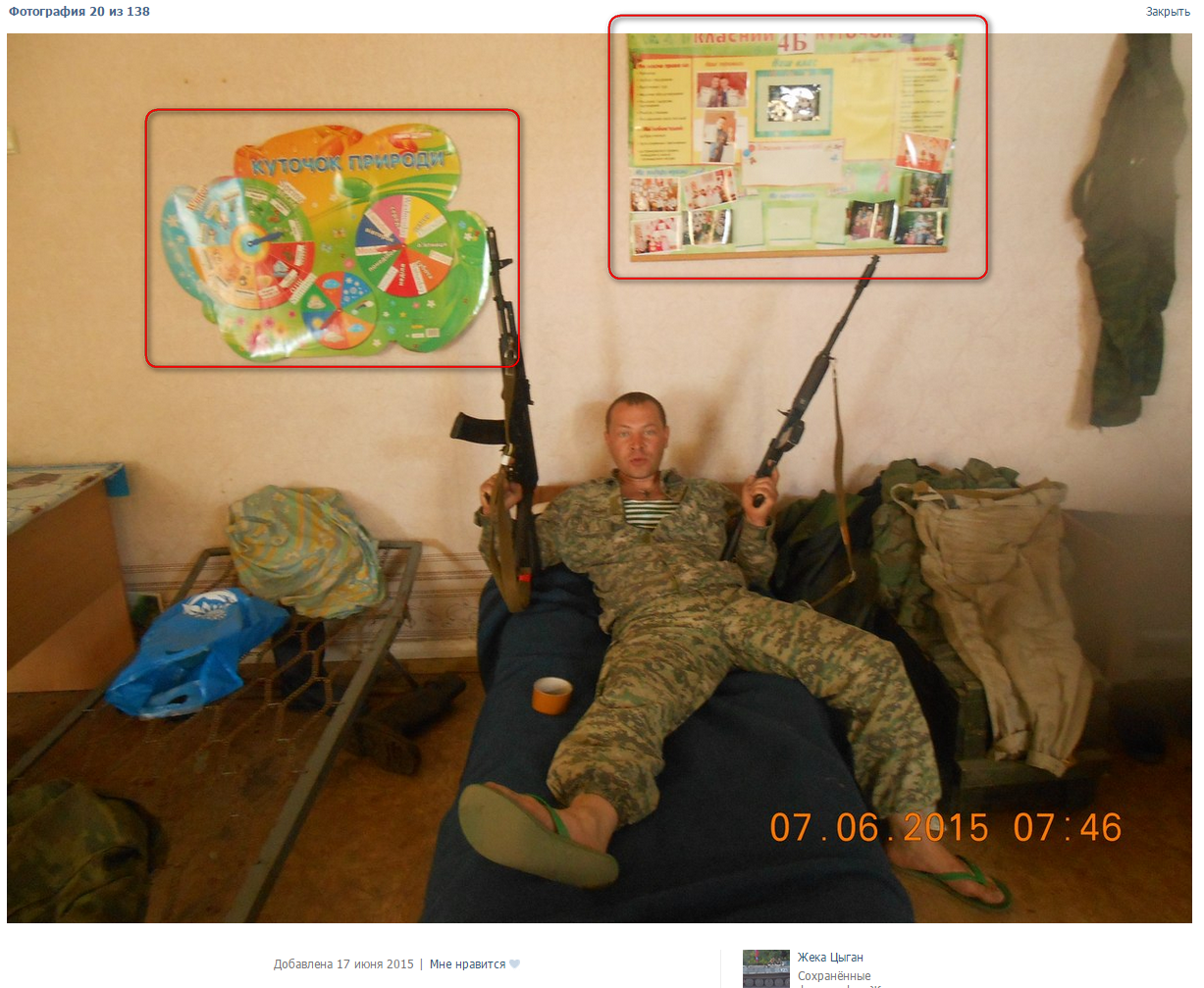 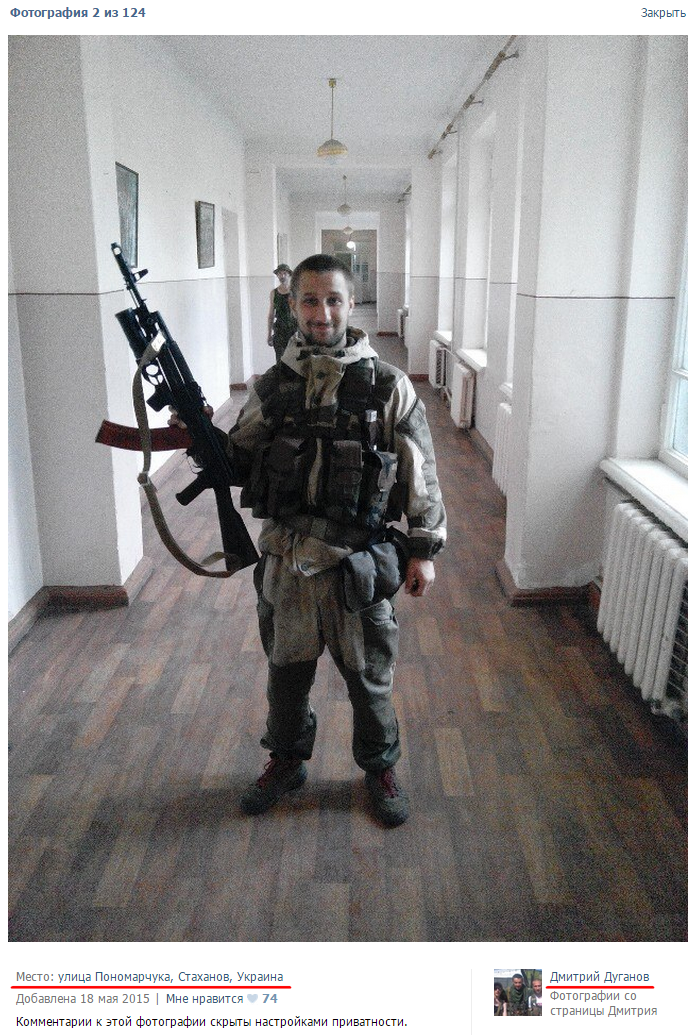 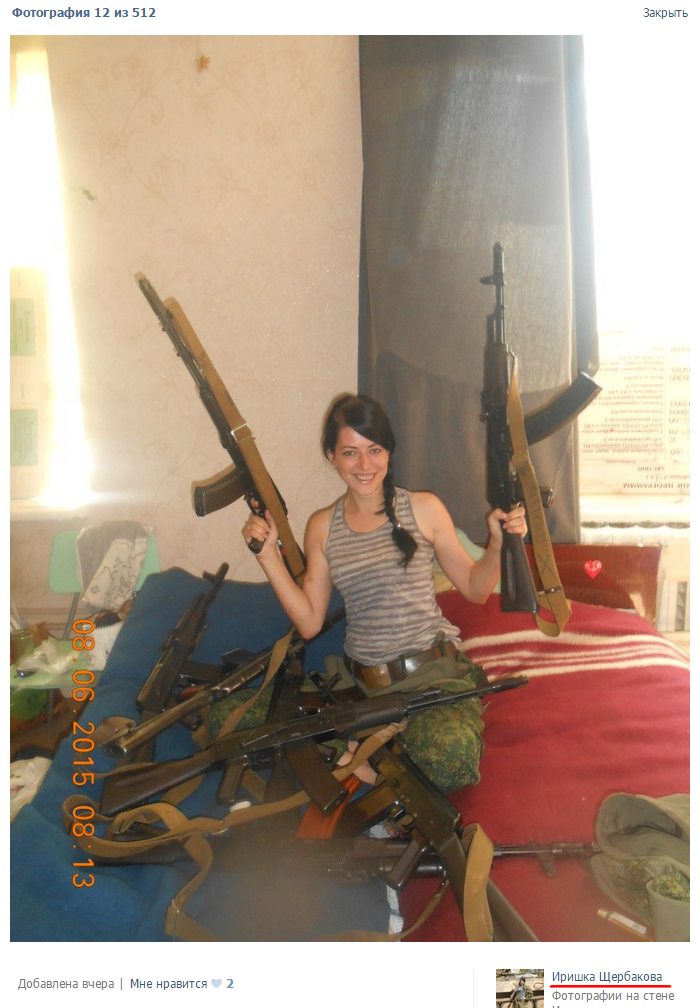 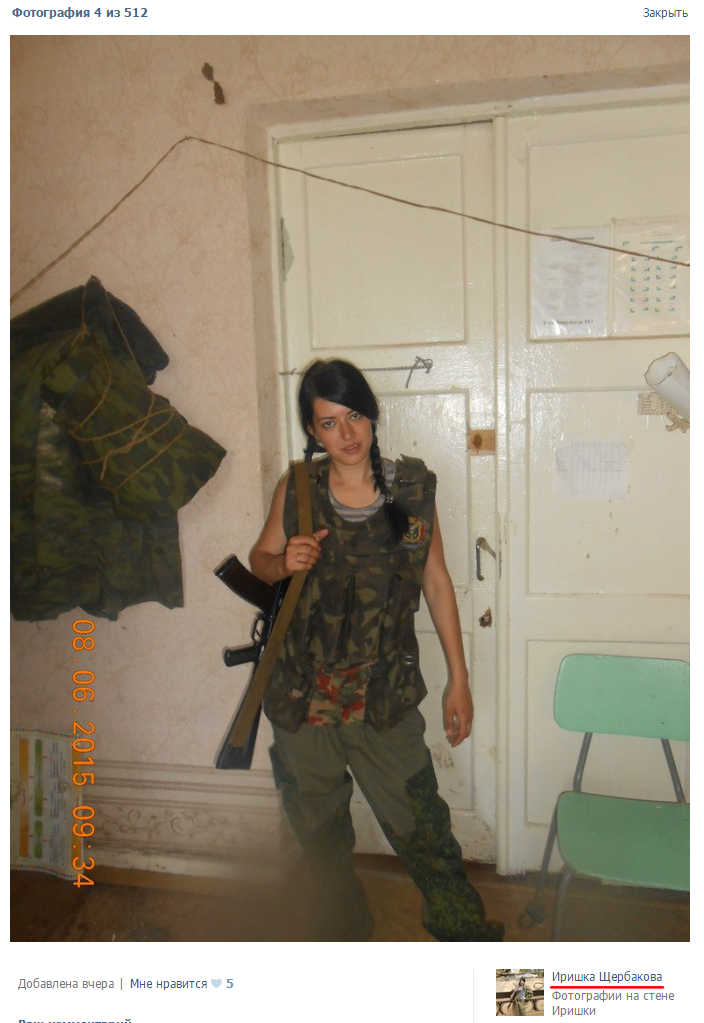 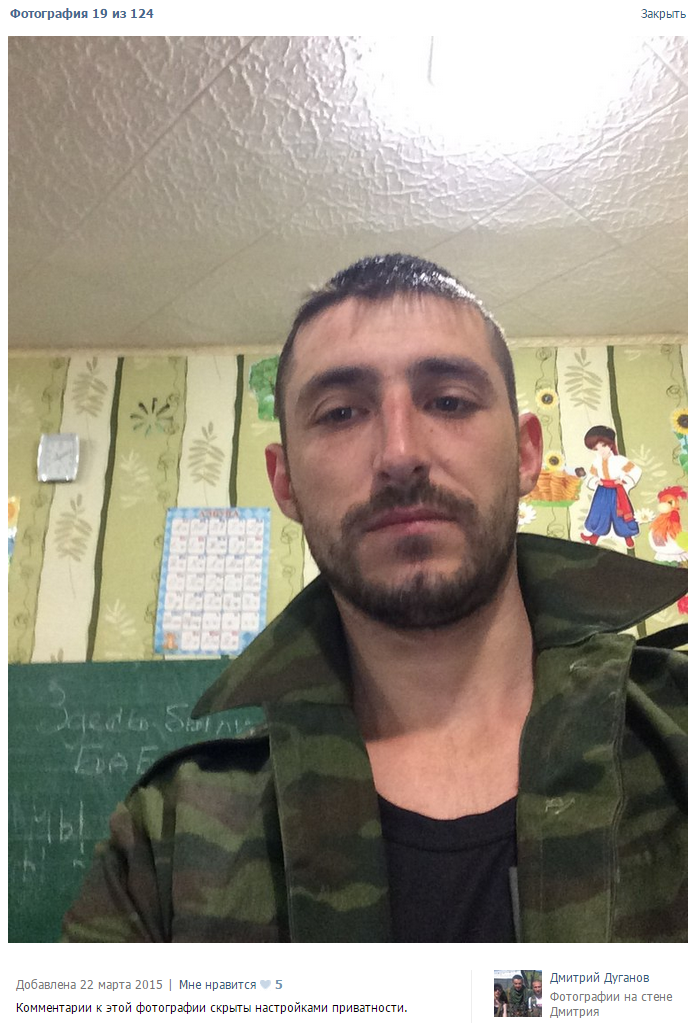 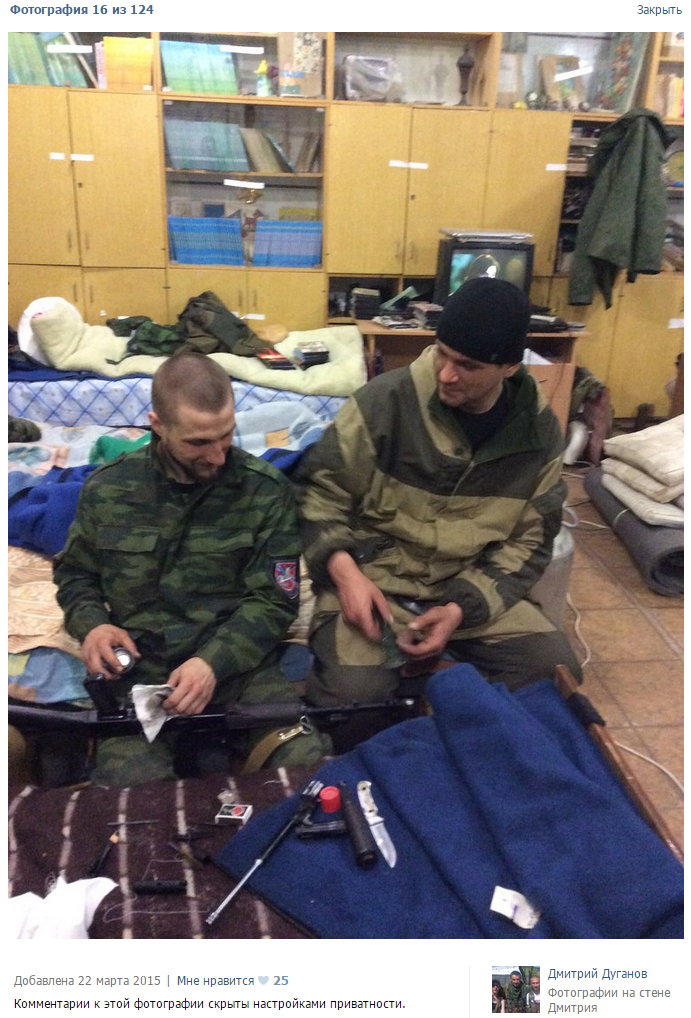 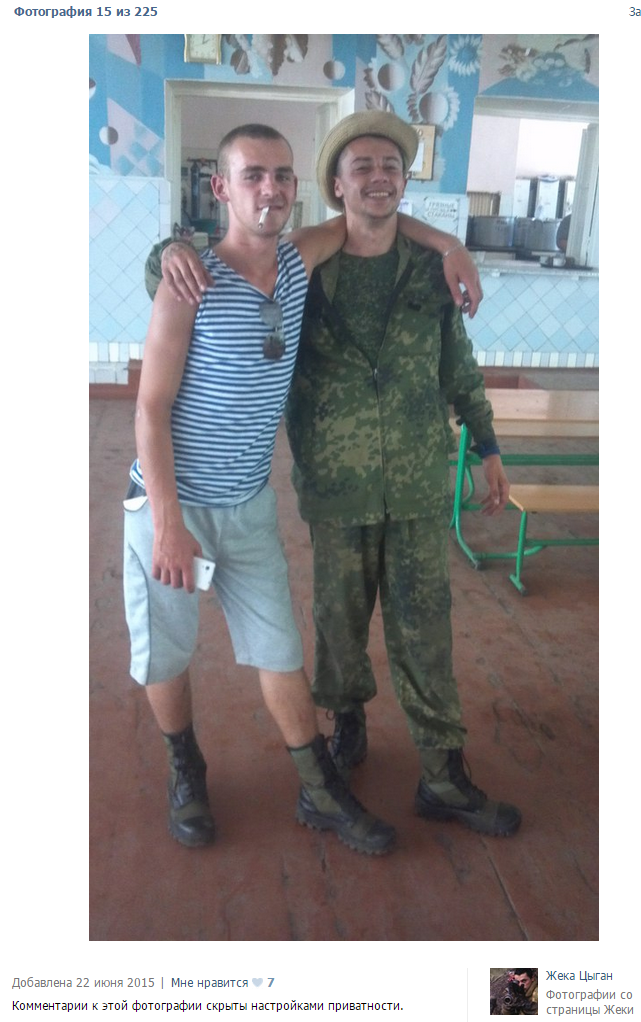 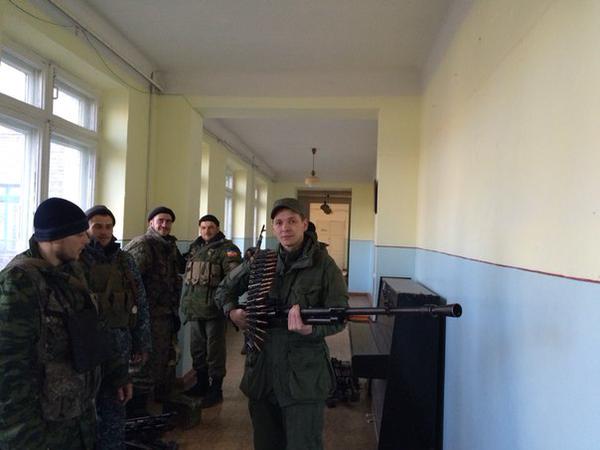 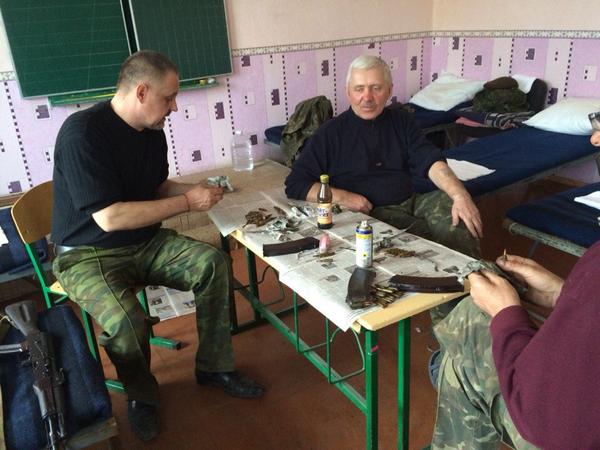 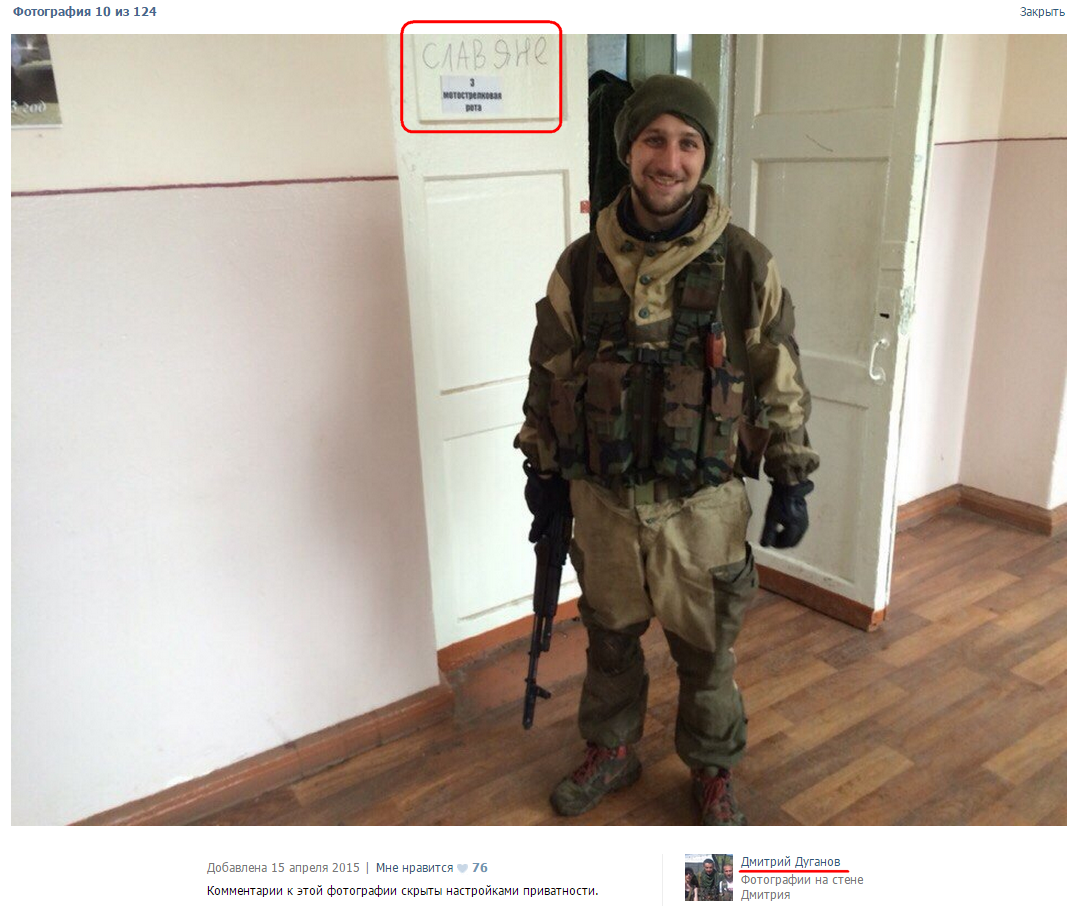 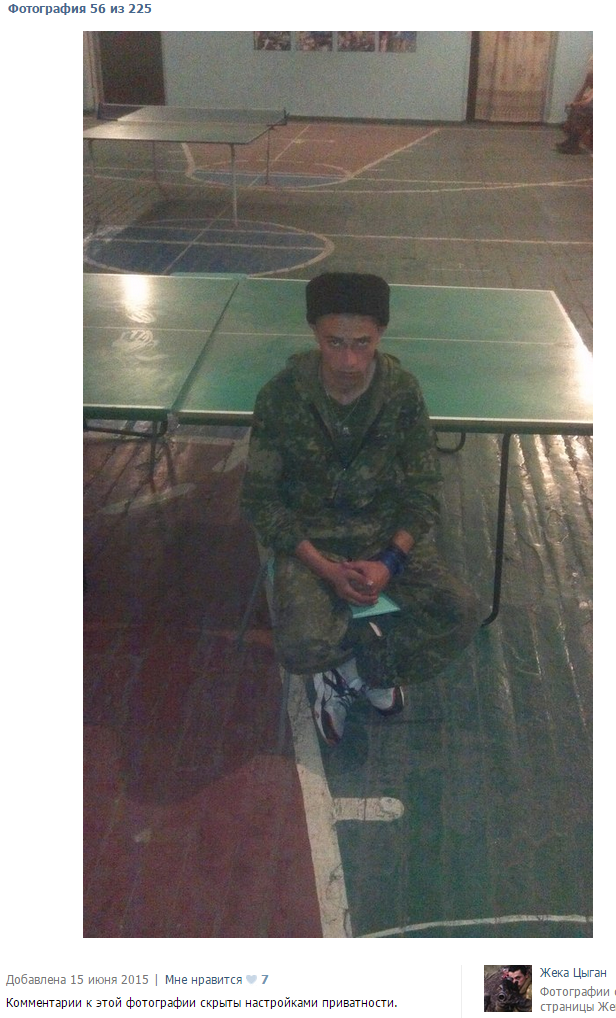 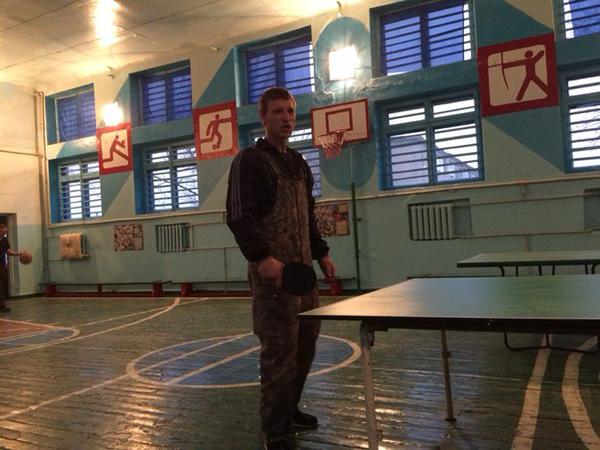 These are the same people in the battlefield. 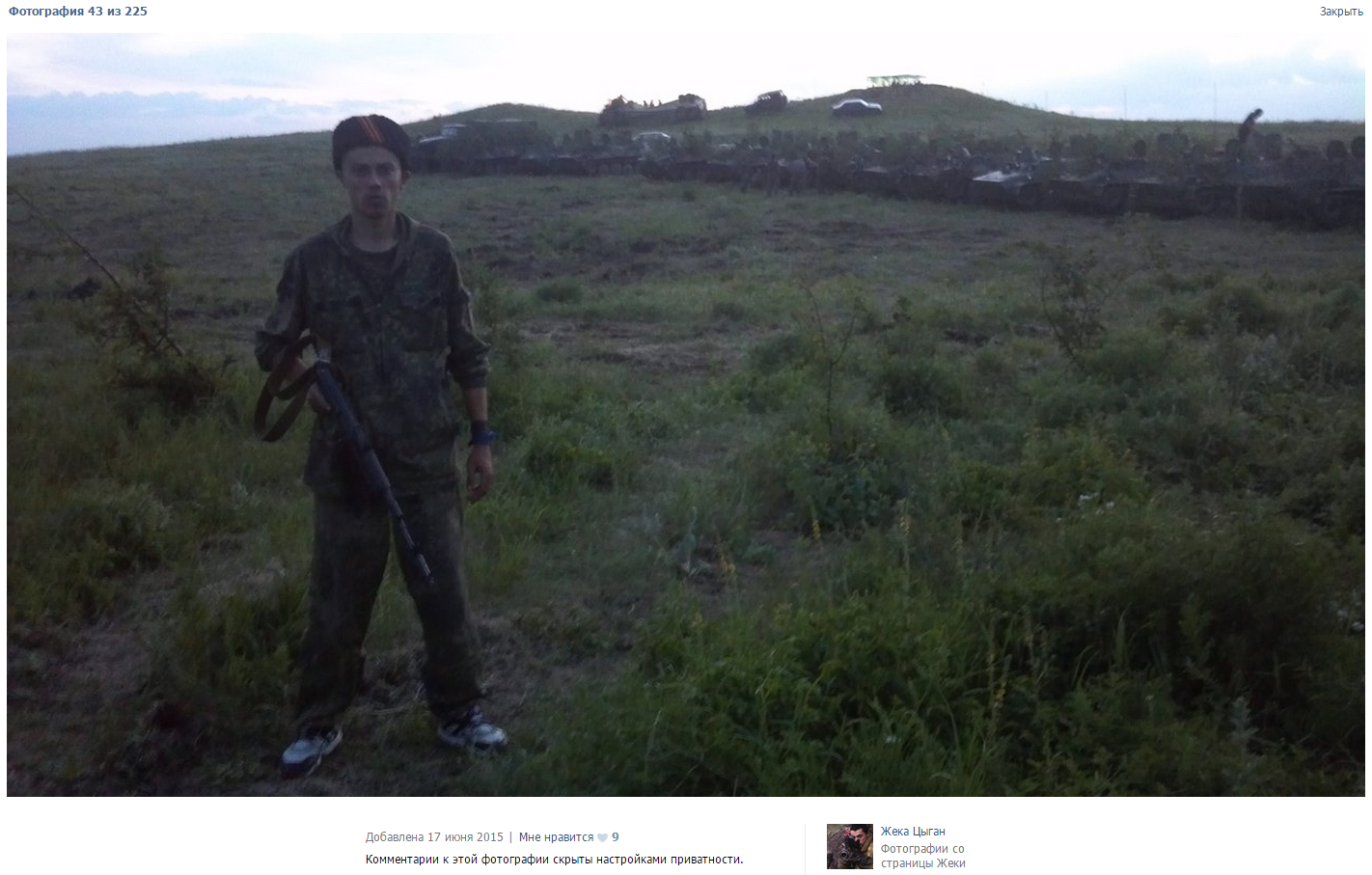 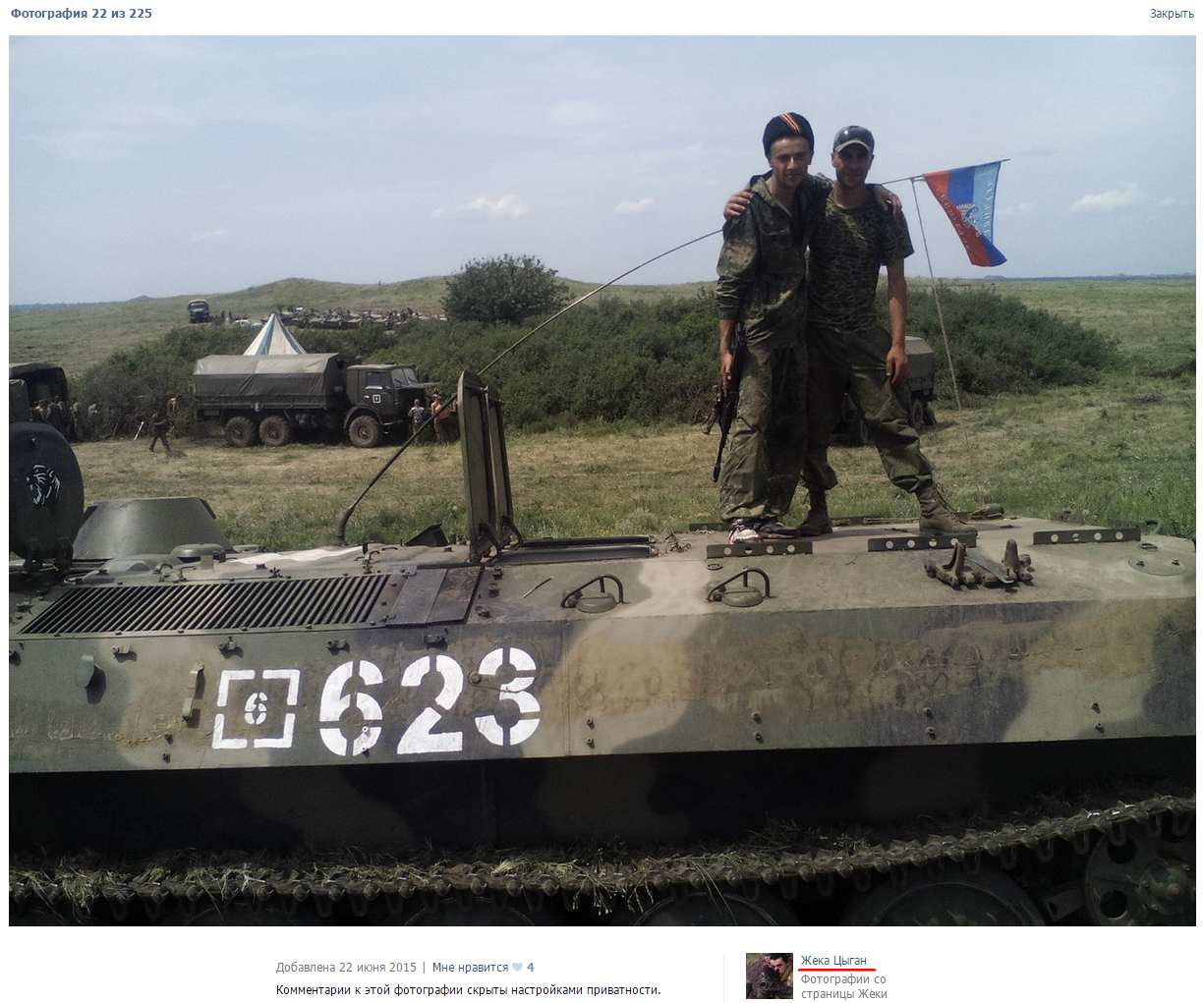 And this is the ‘cossack initiation’ ritual. Quite BDSMish we should say.

5 Responses to “Boarding School Turned into Russian Military Base in Stakhanov, Luhansk Oblast”