Commanders of the 76th Division awarded for participation in aggression against Ukraine and Georgia. PHOTO 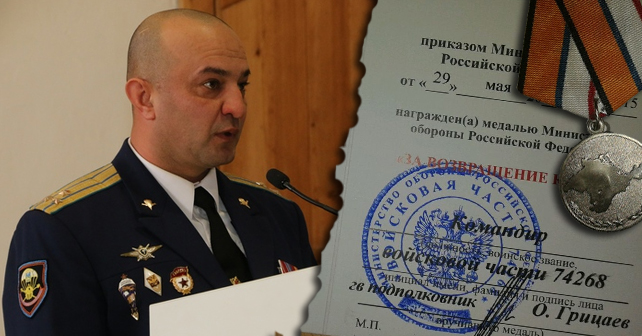 In this feature, InformNapalm volunteer intelligence community publishes personal data of the commanders of the 76th Air Assault Division and the 234th Air Assault Regiment, which is part of this division. These Russian officers received awards and promotions for the execution of the criminal orders of the higher command of the Russian Army.

At the time of the operation of seizing Crimea, the commander of the 76th Air-Assault Division was Colonel Alexey Vasilievich Naumets (born on February 11, 1968). He was appointed to this position in February 2013 and led the division for 5 years, until February 2018. 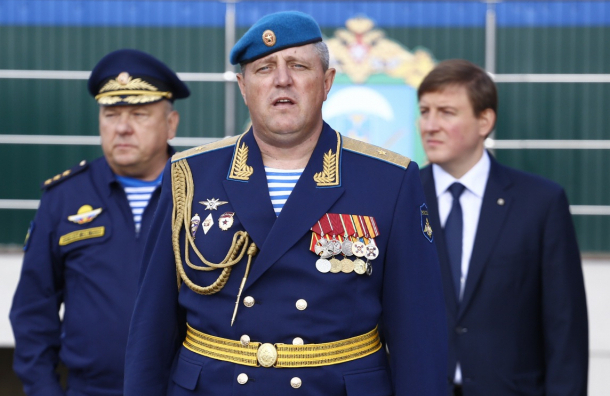 Naumets came to the Pskov division after leaving the position of chief of staff of the Tula 106th Air Assault Division. Prior to that, he had served as a commander of the 247th Caucasian Cossack Air Assault Regiment. Under his command, the regiment participated in the aggression against Georgia in 2008. On August 24, 2009, he was promoted to the chief of staff of the 106th Air Assault Division. It is remarkable that during the war in Georgia in 2008 Naumets had the rank of colonel (1, 2). As of December 2013, he was still a colonel. But in August 2014, he was already referred to as a major general.

After the annexation of Crimea, when the Kremlin stopped hiding behind fake stories about the “Crimean self-defense”, the media reported that the military men of the 76th Air-Assault Division received state awards and presidential appreciation rewards, but the names of those awarded would not be made public for some time.

In connection with the participation of the Pskov paratroopers in the hostilities in Ukraine, Naumets in the fall of 2014 was included on the EU sanctions list along with the leaders of the Russian terrorist organizations Luhansk People’s Republic (LPR) and Donetsk People’s Republic (DPR) and some Russian MPs.

When in 2014 coffins with paratroopers started coming to Russia from the Ukrainian Donbas, even the regional Pskov media mentioned those deaths. 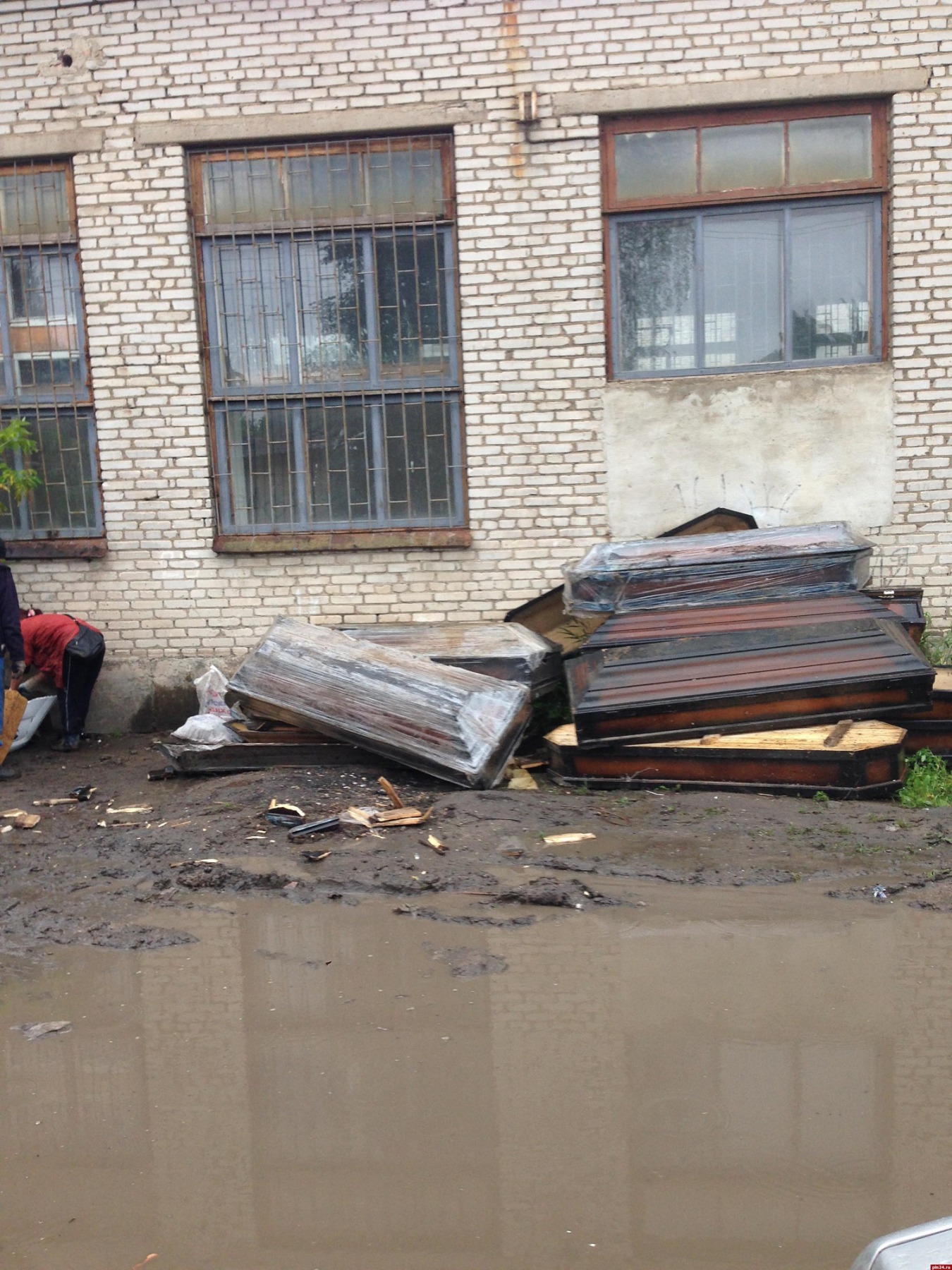 Coffins in plastic packaging stacked near the military unit in Pskov in the vicinity of Polkovaya and Kosmicheskaya streets. August 27, 2014. Photo source: web site of Pskov Gubernia newspaper

Russian and foreign journalists photographed the soldiers’ graves in the cemeteries. In response to such media activity, guard posts appeared at the cemeteries. “People in civilian clothes looking like servicemen check ‘suspicious visitors’, as if ordinary urban and rural cemeteries turned overnight into military facilities”, the Pskov Gubernia newspaper wrote.

In 2017, Naumets received a prestigious award – the Order of Merit to the Fatherland, 4th class (with swords). In the fall of 2017, he took part in the elections to the Pskov city parliament on behalf of the United Russia party. In February 2018, Naumets went on promotion to Moscow: by presidential decree, he was appointed Deputy Chief of Staff of the Russian Airborne Forces.

The successor of Naumets at the post of commander of the 76th Air Assault Division was Colonel Igor Grigoryevich Kapliy. Before getting appointed to this position, he was the head of the combat training of the Airborne Forces. 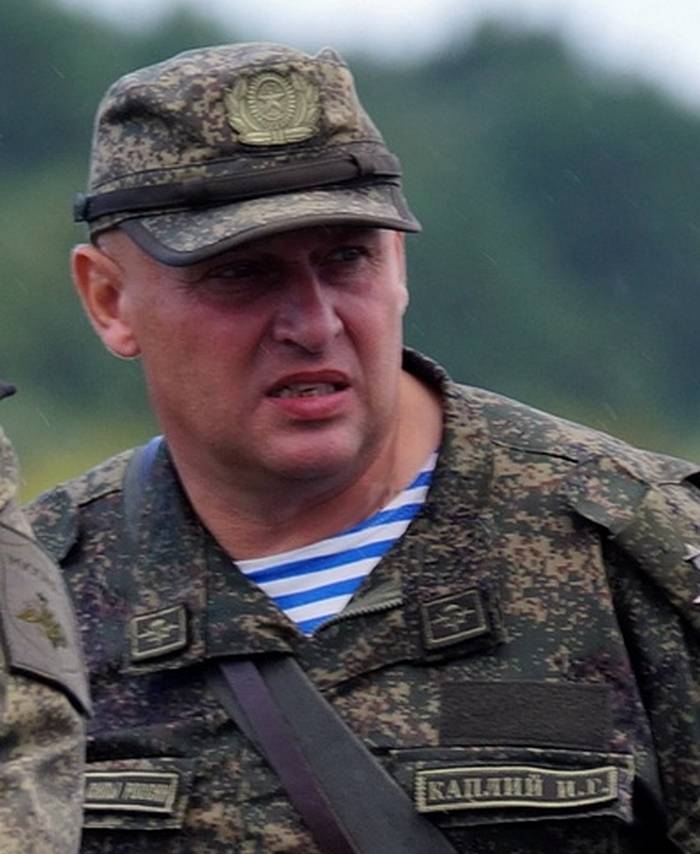 According to the Main Intelligence Directorate of Ukraine, in the period of 2015-2017, Kapliy was the commander of the 5th Motorized Rifle Brigade (the city of Donetsk) of the 1 Army Corps (Russian occupation force in Donetsk, Ukraine) of the Center of Territorial Troops of the Southern Military District of the Russian Army. Last name, first name, patronymic as per the cover documents: Kremen Igor Grigorievich.

At the time of the military operation of seizing Crimea, the commander of the 234th Air Assault Regiment was Lieutenant Colonel Oleg Yuryevich Gritsayev, who signed the award documents to the medals for occupying Crimea. 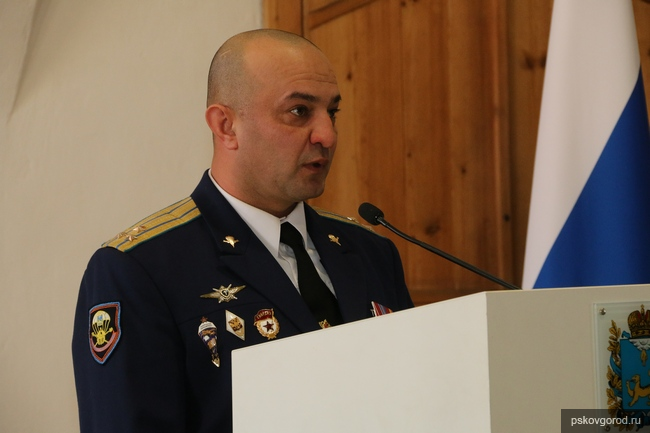 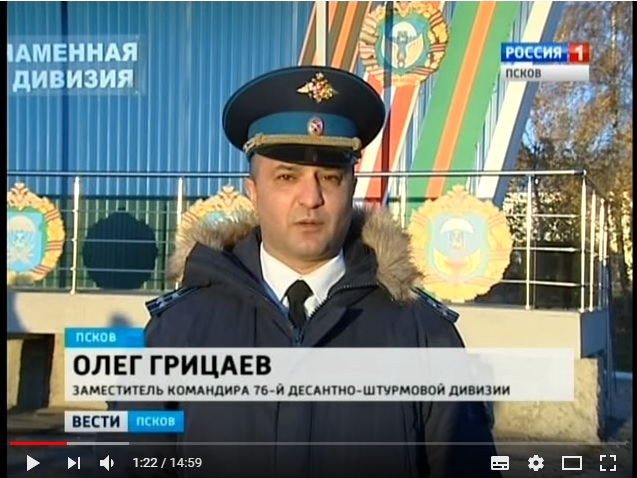 As a participant of the war against Georgia in 2008, Gritsayev was awarded the Order of Courage. He is mentioned in the memoirs of the commander of the 104th Air Assault Regiment of the 76th Air-Assault Division G. V. Anashkin: “In the morning we got the mission cleared: reach the commanding heights on the outskirts of Gori and capture the television center. We reinforced one of our companies with a tank platoon. The guards major Oleg Gritsayev, was in command of this group” (archive). In October 2015, already as a colonel, Gritsaev was appointed deputy commander of the 76th Air Assault Division (archive, video by the state TV channel Pskov).

Guards lieutenant colonel Ivan Yuryevich Velikotsky became his successor at the position of commander of the 234th Air Assault Regiment (video, archive of the article on the website Russia.Pskov). Photo of I. Velikotsky was also found on a dating website, which makes it possible to establish his age: in 2014, he was 37 years old (archive). Velikotsky was awarded a medal for the occupation of Crimea. He was also awarded the Medal of Zhukov, which he probably received for participating in combat operations in Donbas. 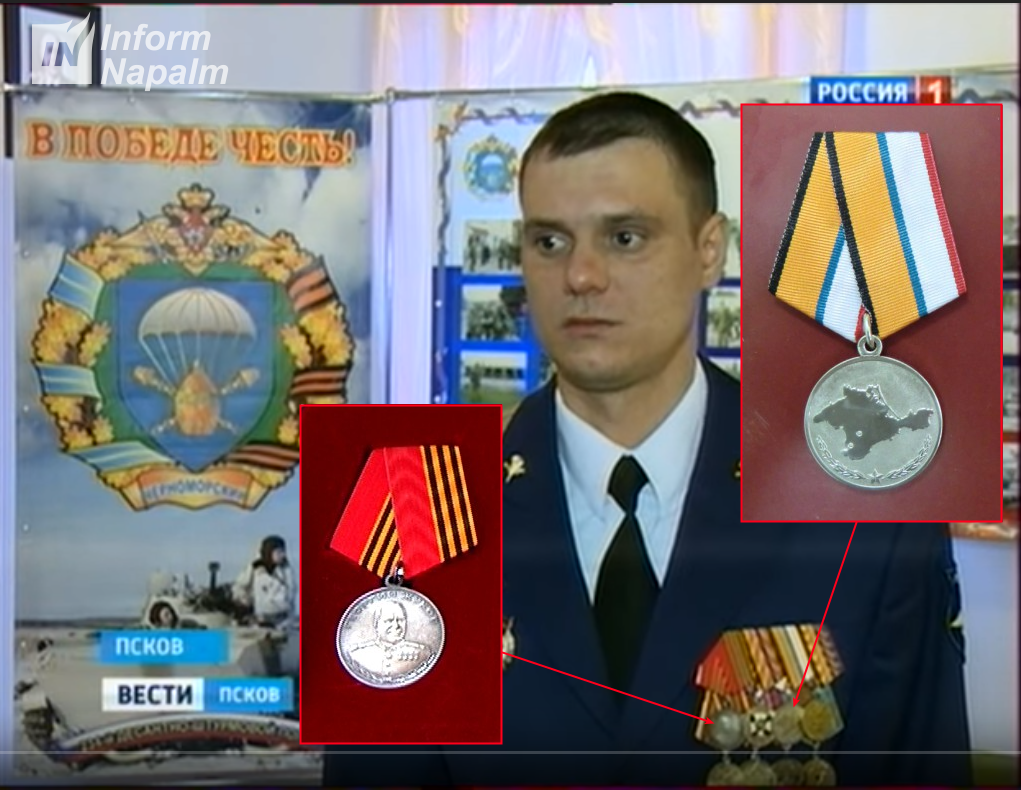 This information will be useful for future lawsuits against Russia, as well as for the imposition of personal sanctions against the servicemen of the aggressor country.

This publication was prepared specially for InformNapalm.
An active link to the authors and our project is obligatory for any reprint or further public use of the material.
(Creative Commons – Attribution 4.0 International – CC BY 4.0)
Repost and share with friends.
Follow InformNapalm on
Facebook / Twitter

No Responses to “Commanders of the 76th Division awarded for participation in aggression against Ukraine and Georgia. PHOTO”