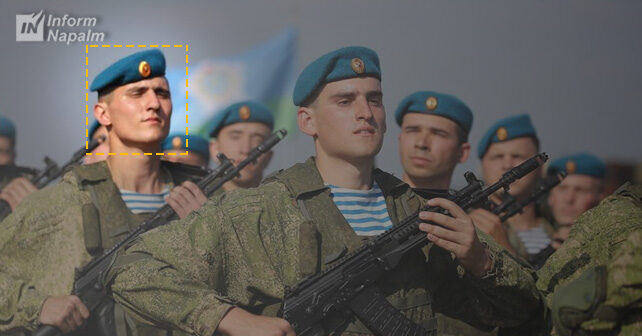 This article features a fresh OSINT investigation from the Belarusian team of InformNapalm volunteer intelligence community. Although its editor-in-chief, journalist Denys (Dzianis) Ivashyn, was arrested by the KGB of Belarus on March 12, 2021 and remains behind bars as a political prisoner of Lukashenka’s regime, our Belarusian volunteers are only stepping up their activity. First of all, their investigations are published in Belarusian and then translated into other languages of our website. On September 14, Belarusian editorial team of InformNapalm published a new OSINT investigation identifying servicemen of the 76th Air Assault Division (AAD) of the Russian Armed Forces, who conducted reconnaissance in Belarus under the guise of Zapad-2021 maneuvers. The servicemen of this division are known for their participation in the aggression against Ukraine in Crimea and the Donbas. Read more below in this article.

On September 9, it was for the first time reported that soldiers of the 76th AAD (Pskov, military unit 07264) were sent to Belarus to participate in the Zapad-2021 exercises (web archive). 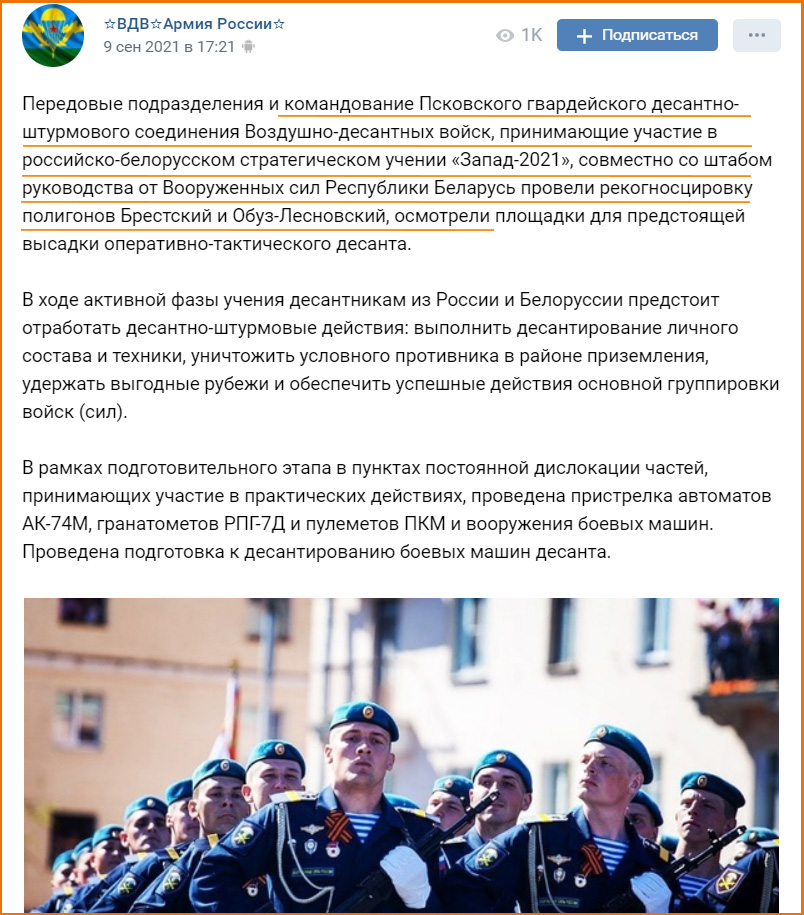 Soldiers in the uniform of the Russian Airborne Forces were seen in the BelTA news agency photo report about the start of the military exercises in Belarus (web archive). 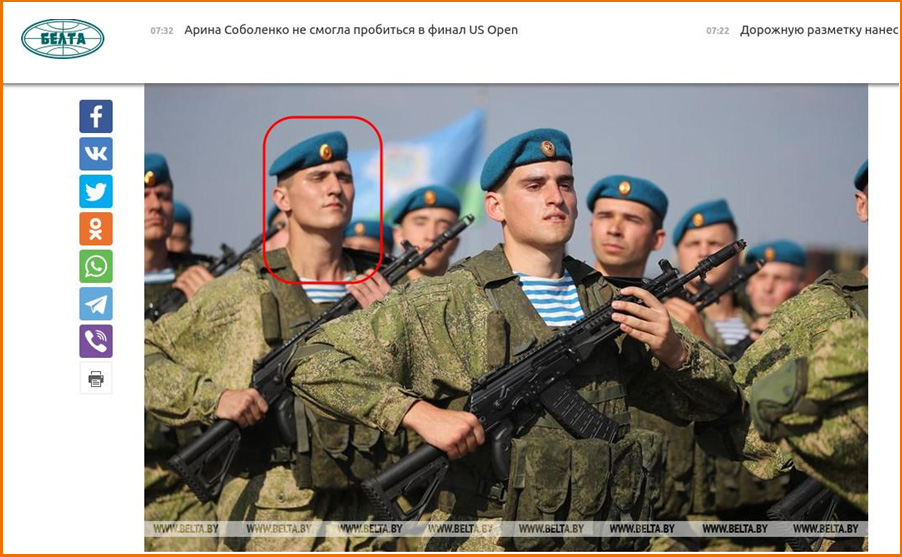 The soldier in the photo is Denis Klimov (VK account, web archive). The following two facts indirectly confirm that he serves in the 76th AAD: Firstly, he is a member of the VK social groups titled “Airborne Forces. Army of Russia“ and “Tattoos of the Airborne Forces, Special Forces”.

Secondly, in the photo from his VK account from July 4, he is standing near the city sculpture with the word “Pskov” (web archive). 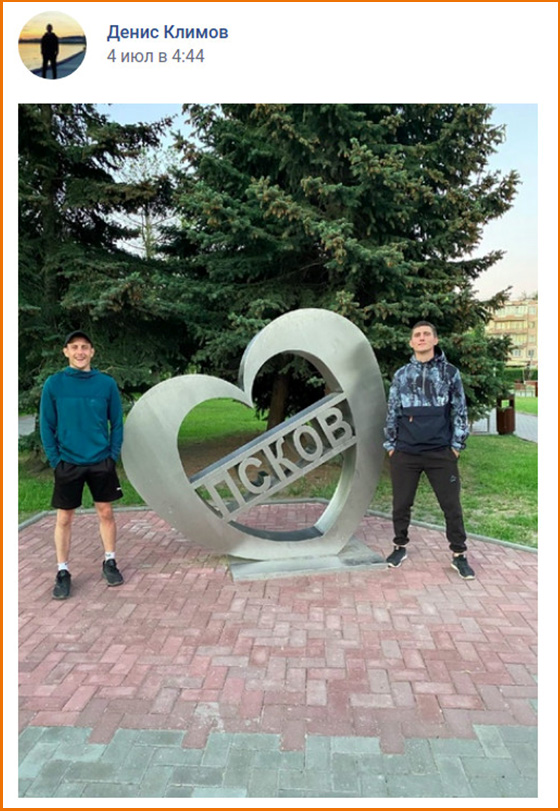 This person has probably changed the last name in his account, since he is identified as denis.koloskov. in his skype account

InformNapalm’s OSINT database contains extensive evidence of soldiers from the 76th AAD participation in the aggression against Georgia, the seizure of the Ukrainian Crimea and the war in eastern Ukraine. It was also documented that paratroopers from the 104th Air Assault Regiment of Russia’s 76th AAD who in 2014 participated in the seizure of drilling rigs of the Ukrainian Chornomornaftogaz. InformNapalm volunteers have also collected data of the 76th AAD commanders who were awarded for participating in the aggression against Ukraine and Georgia.

Read more: Beginning of Zapad-2021 maneuvers and the deployment of Russian Su-30SM fighters to Belarus

The monitoring department of the Belarusian team of InformNapalm volunteer intelligence community continues to closely track the movements of military personnel and military equipment of the Russian Federation through the territory of Belarus under the guise of military exercises and inform the Belarusian society about the most important facts that may affect the national security of the country. If you have actual data that may help us conduct new OSINT investigations, please share your information with us via the social media.

The OSINT investigation was prepared by the monitoring service of the Belarusian editorial team of InformNapalm international volunteer community. Translated by Julia Ponomarenko, edited by Artem Velichko.

No Responses to “The 76th Airborne Assault Division of the Russian Federation conducts reconnaissance in Belarus. Identification”