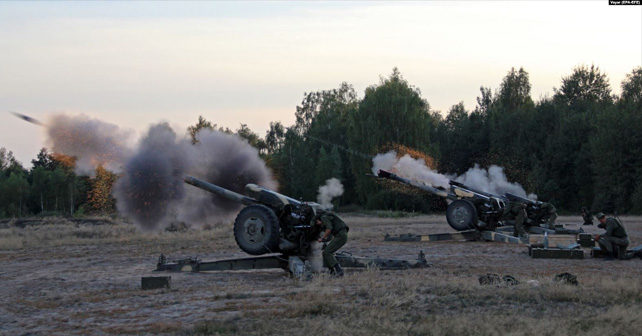 We are publishing the comments of Denis Ivashin, the editor of the Belarusian service of the InformNapalm international volunteer community website, that he gave to Donbas Realities regarding the likelihood of joint offensive actions by Russia and Belarus against NATO and Ukraine.

In the second half of September, Belarus, together with Russia, conducted the Slavic Brotherhood 2020 military exercise near the Polish and Ukrainian borders. They took place at a time when the Ukrainian military was concentrated in the South, near the Crimea. Denis Ivashin told Donbas.Realities what happened during these exercises. Denis is the editor of the Belarusian service of the InformNapalm community. This community, in particular, collects information about Russia’s aggression against Ukraine in the Donbas and Crimea. 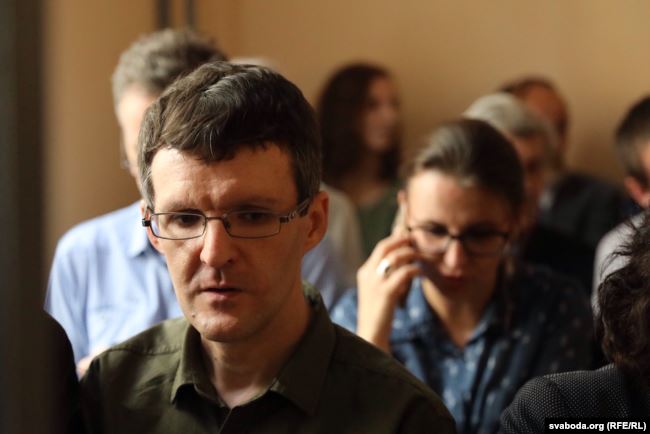 Denis Ivashin, editor of the Belarusian version of the site of the international volunteer community InformNapalm / Photo RFE / RL

On large-scale changes in the Slavic Brotherhood 2020

(As told by Denis Ivashin)

First of all, the format of the exercise was changed. The participation of the Serbian side was announced, as in previous years. However, Serbia refused to participate for its own reasons in these tactical exercises, which became only Russian-Belarusian. But it’s more important to focus on the format of the exercise since it was fundamentally changed. When Serbia was still expected to participate, it was supposed to include 1,500 troops, but in the end about 6,000 troops and about 500 units of military equipment were involved in the maneuvers.

Despite the declared tactical nature of the exercise, in its scale and the number of participants it could be compared to the strategic Zapad (West) 2017 exercise that took place in Belarus in 2017. For example, at the time of the exercise, there were 3 battalion-tactical groups of the Russian Air Force on the territory of Belarus. These were the paratroopers of the 76th Pskov Division, 98th Ivanovo Division and 106th Tula Division.

According to the Inform Napalm community, one of the units was reinforced by a tank company. This is very similar to the stage of active hostilities that took place in the Donbas in the summer of 2014, when Russian battalion-tactical groups were fighting against the units of the Ukrainian Army.

What did the Russian and Belarusian military practice?

On September 23, a large-scale airdrop of the Russian 98th Airborne Division was carried out – about 250 soldiers landed at the Brest training site out of twenty IL-76 aircraft. Notably, this training range is located just a few kilometers from the border with Poland and, as importantly, 30 kilometers from the territory of Ukraine. Our community believes that this could be training for offensive actions from the Belarusian jumping-off ground against NATO countries, as well as Ukraine.

It is necessary to mention the use of strategic bomber aircraft – Tu-160 and Tu-22M3, which practiced bombing in Belarus. Two missile-carrying planes flew along the whole border between Belarus and NATO countries and Ukraine. I do not rule out that they could practice training missile and bomb strikes on critical infrastructure in Ukraine. The same flights were also performed in October 2016. 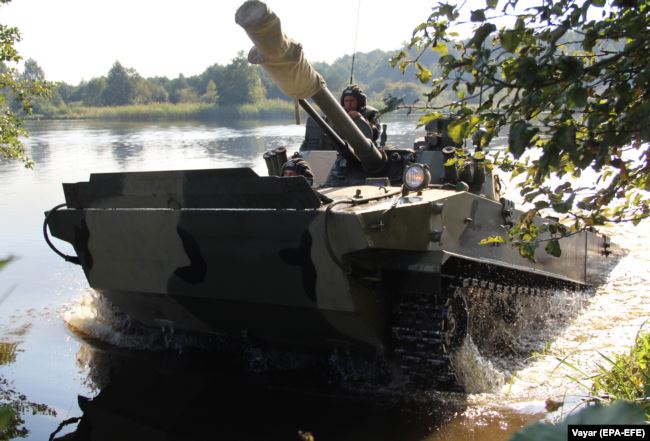 Motorized infantry units and paratroopers practiced advancing and landing from places of permanent deployment, and this indicates the offensive nature of the exercises, primarily on the Russian side. As part of the exercises, the capture of the bridgehead, its maintenance, and fire support are worked out. There can be no question of any defense here.

Last but not least, the Belarusian armed forces are no longer seen as an independent military. The exercise was only described to be for protection of the western borders of the so-called Union State. Belarus is no longer mentioned, and this is a cause for concern. The country’s armed forces are performing the functions of the Russian armed units as their integral part.

First of all, it is worth mentioning the servicemen of the 98th Division. In August 2014, 10 servicemen of this unit were captured by the Ukrainian Army. Their testimonies were recorded on video.

This is one of the most striking cases confirming the involvement of Russian units, including Russian paratroopers, in the military aggression against Ukraine. It is also worth mentioning the 234th Airborne Assault Regiment that belongs to the 76th Pskov Airborne Assault Division. According to our community, the military of this formation directly participated in the fighting in the Donbas and played a key role during the occupation of Crimea. This was confirmed by documents.

In general, the fact that Russia is making such a gesture in the context of these exercises, namely uncoordinated and unannounced use of paratrooper units in the territory of Belarus, and doing it against the background of mass protests, looks like an additional demonstration of its guarantee of securing the Lukashenko regime.

The military of Russian 76th Air Assault Division, which took part in the aggression against Ukraine, arrived in Belarus

Russia Repeating Its Ukrainian Scenario of Hybrid Aggression in Belarus

This publication was prepared especially for InformNapalm. Translated by Andrii Gryganskyi. Edited by Max Alginin. Distribution and reprint with reference to the source is welcome! (Creative Commons — Attribution 4.0 International — CC BY 4.0)