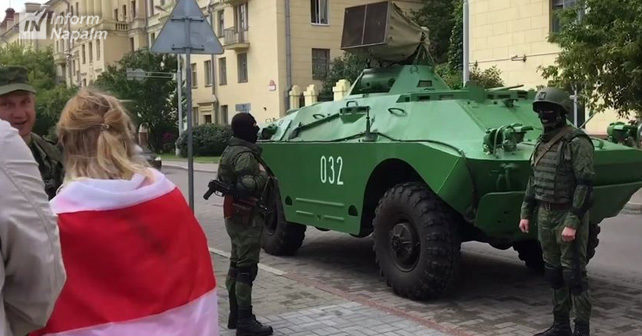 The Lukashenko regime in Belarus is actively using technological means for psychological and information influence against the protesters. This was noticed by volunteer investigators of the InformNapalm community in a video stream from Minsk, which showed a ZS-82 sound broadcasting station installed on a BRDM-2. This station is capable of producing sound effects at a distance of up to 6 km and simulating the sounds of heavy equipment on the move, helicopter flights, explosions, shots of various weapon types, and any other sounds that can mislead the enemy or provoke panic in a crowd of people. Usually, sound simulations are carried out at night, when the possibility of visual observation is limited. During the day, this equipment can be used for military propaganda – broadcasting texts or songs that should evoke certain emotions among a crowd of people.

It is known that such stations are in service with Russian units of psychological operations and were also used by Russians in the Donbas in the war against Ukraine. 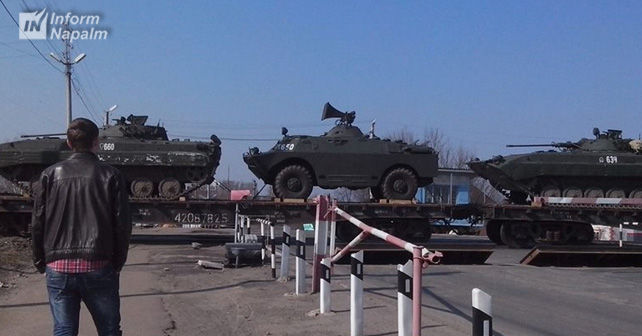 Interestingly, in August 2014, volunteers of the InformNapalm international intelligence community also spotted Russian ZS-82 stations among the convoys of armored vehicles that the Russian Armed Forces were deploying to the borders of Ukraine. In 2014, these systems were also used by Russian troops to affect Ukrainian border guards and imitate the movement of large groups of armored vehicles.