A New Video Released by the Russian Army General Staff: Much Ado About Nothing 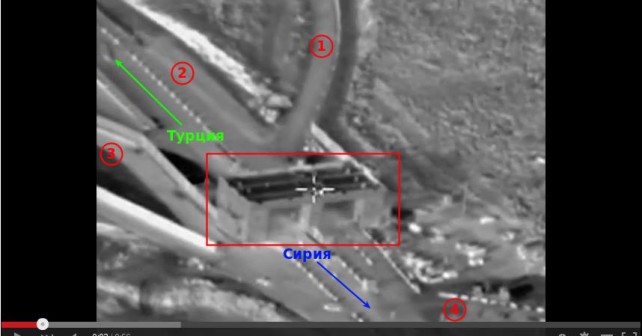 However, what only catches the eye here is chronometry of the video shots, which you may see bellow.

We identified the location where the video was filmed. Wikimapia.org confirms it as the Syrian border crossing checkpoint Bab Al-Hawa. 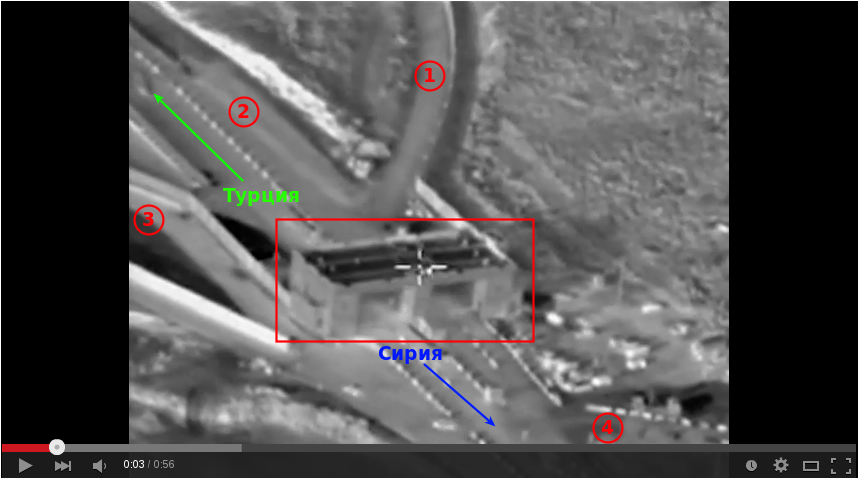 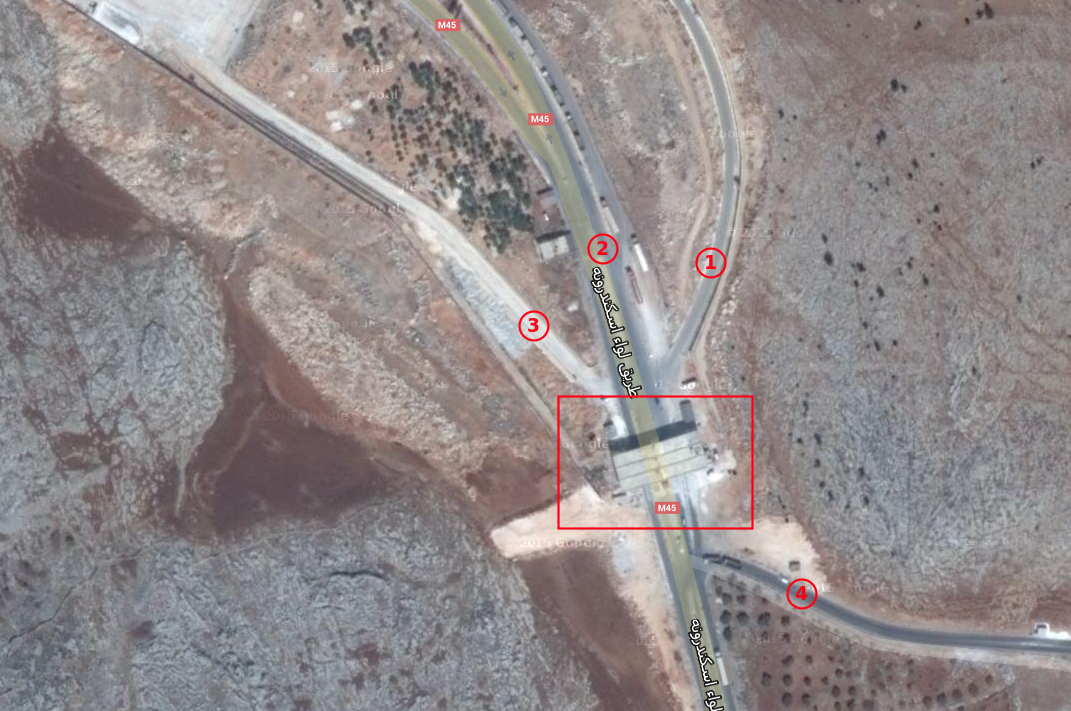 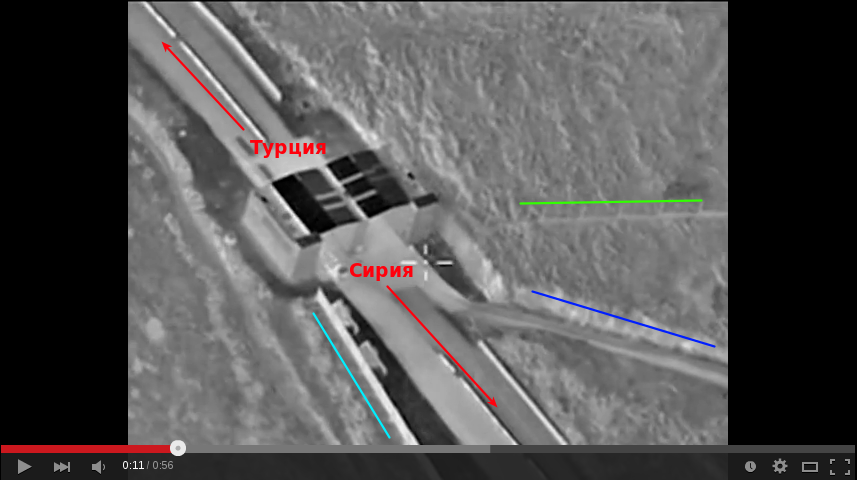 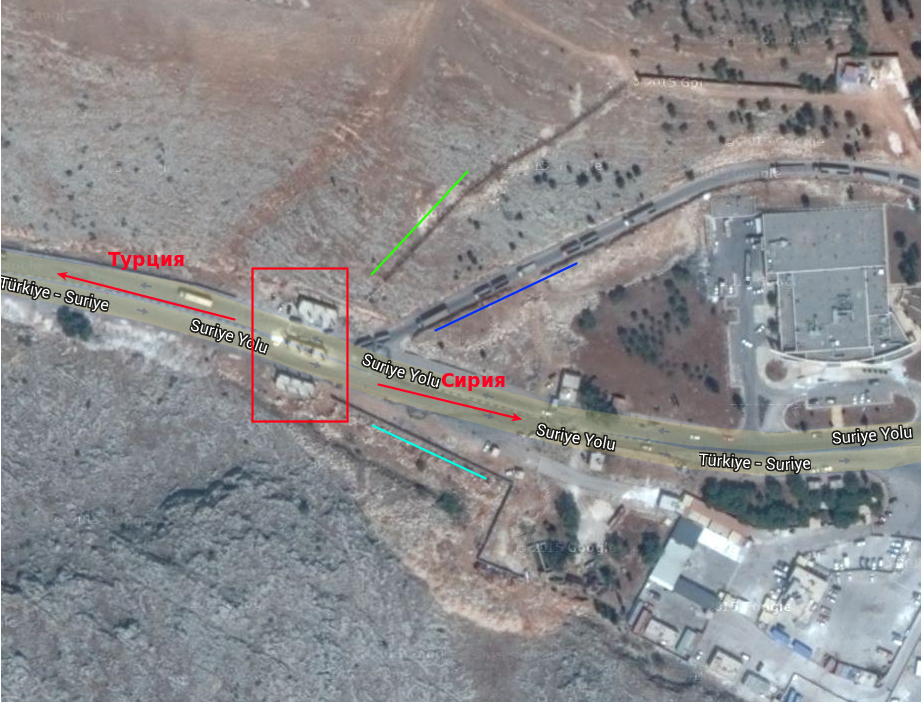 Google Map pictures: the checkpoint pillars have no roof. The Russian Ministry of Defense’s video shows them already covered, which means it was created later.

3) Timing 00:21-00:40: the Turkish checkpoint and the waiting line of trucks. There are no evidence of unobstructed passing through.

So, the main question to be addresses to the film editors is about ‘unobstructed passing of Syrian-Turkish border’.  The vehicle movement can be considered as an unchecked one if a line of cars is moving with an average or minimum speed 40 km/h passing both both checkpoints – Syrian and Turkish – without stopping.  But it looks like the Russian MD video demonstrates the usual arrival and departure at Bab Al-Hawa rather than the border crossing process. We should also remember that there are shots from the Turkish checkpoint with stationary vehicles.

Rustem Adagamov has unveiled another lie of the Russian military forces, which can be found on his Facebook. He has noted that the Russian servicemen continue to lie about their feats and achievements in Syria. The Russian MD’s “Airstrike on the oil depot near Es-Saur” video claims to show air bombing of the oil depot terminal in Es-Saura but in reality we see a grain silo GSI; and it is a known fact that oil burns with black smoke, not white. International law clearly defines the destroying of the civil infrastructure as a war crime. After analyzing how other similar warehouses were destroyed, Rustem concluded that it was done intentionally rather than by mistake. 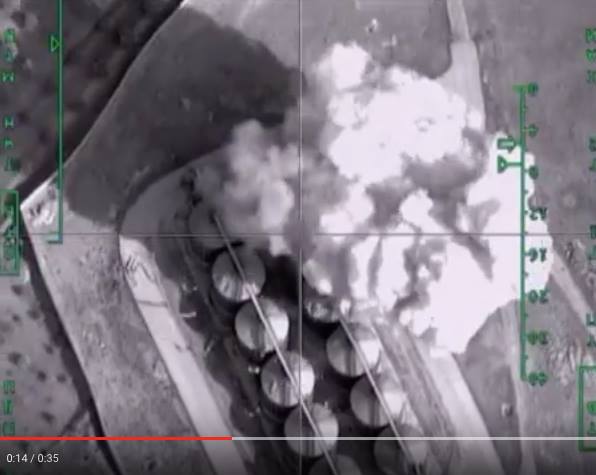 We would also like to remind you that our team has recently revealed another lie and disinformation delivered by the Russian General Staff: Russian experts used the outdated Google Earth satellite photos feigning them as the recent ones. Please click here to read more.

No Responses to “A New Video Released by the Russian Army General Staff: Much Ado About Nothing”