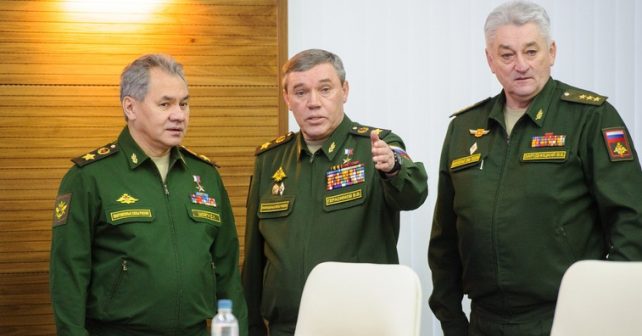 The leader the Russian Armed Forces group in Syria was quietly replaced. The new commander planned an operation to seize the Crimean peninsula. Russia is getting ready for an escalation.

From December 2016 to May 2017, the Russian Armed Forces grouping in Syria was headed by Colonel General Andrey Kartapolov, the commander of the Western Military District.

Based on the information from open sources, now the commander of the Russian Armed Forces grouping in the Syrian Arab Republic is Colonel General Vladimir Borisovich Zarudnitsky. 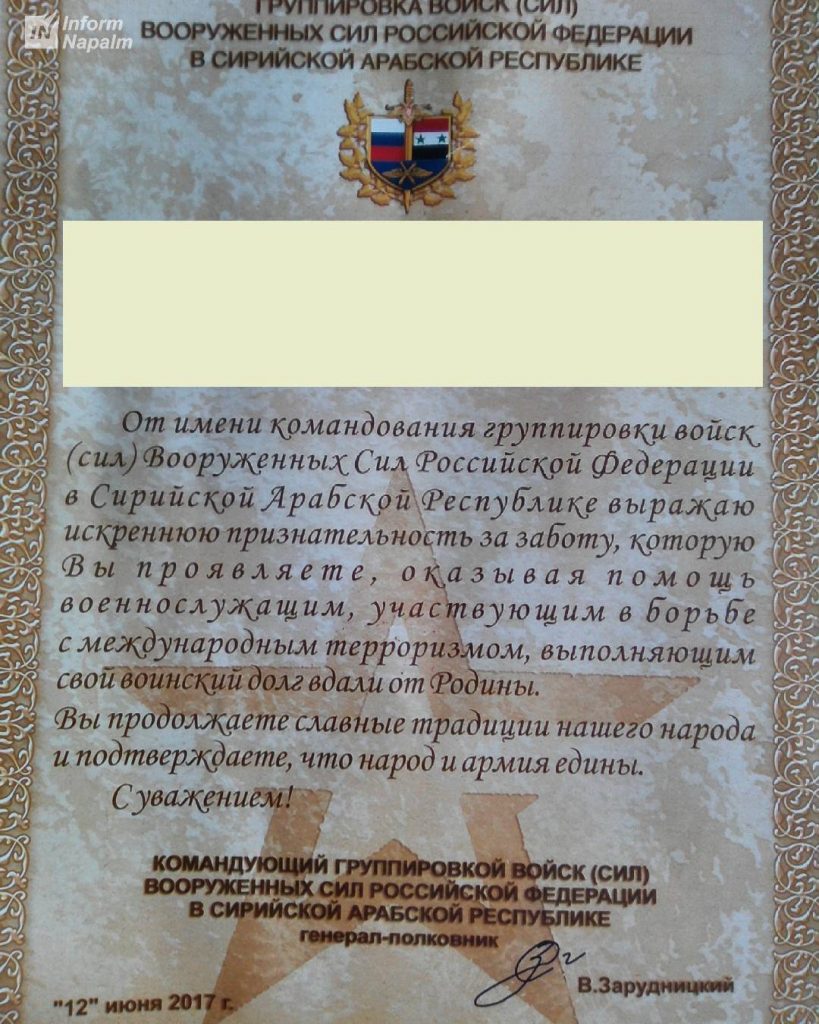 Since June 2014, Zarudnitsky held a position of the commander of the Central Military District.

He is not the first high-ranking officer from the Central Military District in Syria. Previously, from September 2015 to July 2016, Colonel General Aleksandr Dvornikov, the first deputy of Zarudnitsky, was the commander. That was the period when the first liberation of Palmyra took place, for which he was awarded a Gold Star medal of the Hero of the Russian Federation. The second time Palmyra was liberated under the command of Lieutenant General Evgeniy Ustinov, also from the Urals.

Dvornikov passed the baton of the command of Russian grouping to Colonel General Aleksandr Zhuravlev (July-December 2016). When appointed, he was serving in the Southern Military District, but he has had some experience in the Central Military District as well. It was at the command of Zhuravlev that the so-called liberation of Aleppo, involving a massive number of civilian casualties, took place. 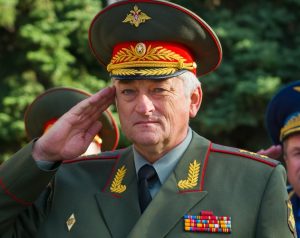 A number of media outlets referred to the military experience of Vladimir Zarudnitskiy. Sources claim that he was the one who planned the operation to capture the Crimean peninsula in the spring of 2014 (that is why he was included into the database of the Myrotvorets Center). Back then, Zarudnitskiy held the position of Head of the Main Operations Directorate of the General Staff of the Russian Armed Forces.

Actually, he participated in Syria offensive from its very beginning. A talk about Zarudnitskiy’s deployment to Syria appeared in April 2017. That information was not confirmed, and the terms of his assignment have not been discussed.

Generals’ assignments to Syria will be carried out until the stated objective is achieved. So, why has such a high-ranking general been assigned to Syria? According to the negotiations that took place in Astana in May, the Russian military would only patrol the area within the safety zones in order to prevent further escalation. However, Zarudnitskiy’s solid experience can be deemed as a hint that the Russian military offensive in Syria might gain even greater momentum.