DNR Battalion Commander ‘Kozyr’ Is Captured by the Ukrainian Army 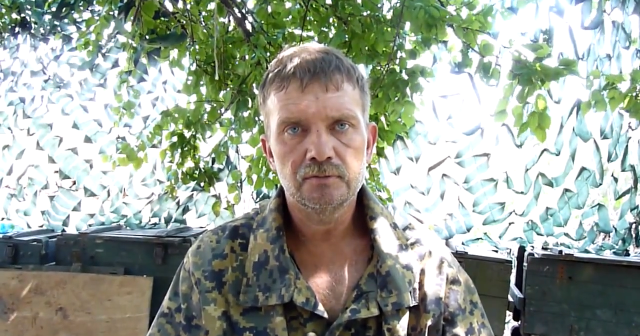 We already reported the radio interception data in our Twitter account on August, 5: “Drunk ‘Kozyr’ got lost and came to the Ukrainian checkpoint”.

During the last two days we not just confirmed this information but also got new undeniable evidence. Kozyrenko Andrei Nikolaevich (known as ‘Kozyr’ [Trump]), born in 1969 in Torez (Donetsk Oblast, Ukraine). On August 4, he came to the Ukrainian checkpoint near the village of Myronivsky and surrendered. He gave interesting comments and, as promised, returned to Sloviansk (but under a little bit different circumstances).

More details in the video (in Russian):

In this video ‘battalion commander’ admitted that Sloviansk returned to peaceful life after the militants had left it. Andrei Kozyrenko was also truly surprised that the Russian propaganda statements about the ‘fascist junta’ and ‘Nazis’ appeared to be lies. He confirmed he did not see any ‘swastikas or crucified babies’.

According to ‘Kozyr’ he joined the Russian terrorists in Sloviansk in 2014. And even has taken the post of the DNR’s 7th brigade commander. 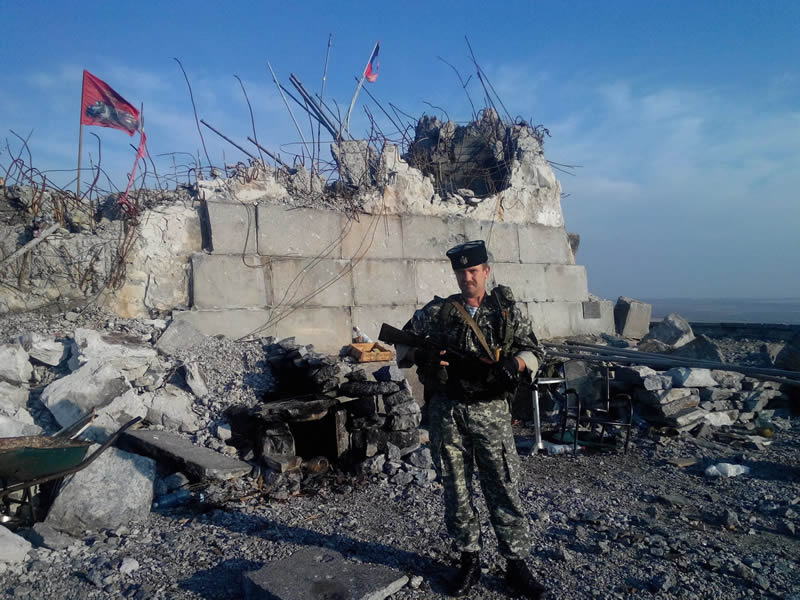 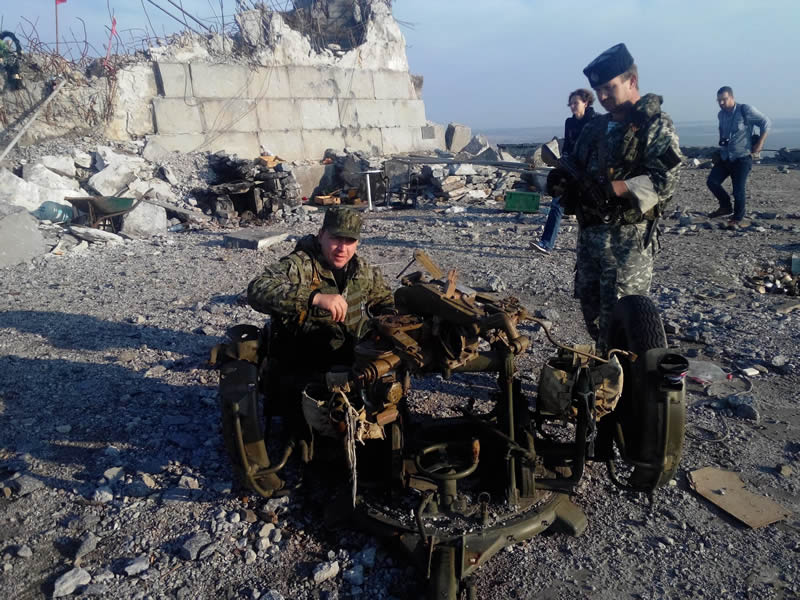 The ‘battalion commander’ was identified by the video posted on November 15, 2014. This video shows how militants of two newly created platoons of the 7th separate rifle brigade swear the oath in Torez, Donetsk Oblast. In the end of the formal event colonel Kozyrenko A.V., the deputy brigade commander, gives an interview to a military correspondent of the ‘Novorossiya TV’ channel about the brigade’s creation and the war history of the flag.

Also we succeeded in getting another video of Andrei Kozyrenko who gave comments being on the same checkpoint where he was a year ago with the DNR illegal band formations under the command of Igor Girkin (Strelkov).

He states that ‘the Minks [agreement] is just a PR action from 4 sides’.

The 7th separate motorized rifle brigade (military unit No. 08807) reports to the People’s militia of the Ministry of Defense of DNR.

It has its own tactical sign as a Roman numeral ‘VII’ in a white pentagon, which is used to mark the vehicles.

The brigade was formed in Torez in November, 2014. It was based on the terrorists who fought in Sloviansk under the command of Igor Strelkov (Girkin). But the most part of the brigade’s personnel is the Russian ‘tourists’ and ‘vacationists’. Russia has also provided this unit with the old-pattern uniform.

According to the ‘Harmata’ [Gun] website this brigade contains of:

The personnel includes around 4500 persons, up to 40 tanks, around 20 self-propelled mortars, up to 6 MRLSs and the cannon artillery.

It is known that the brigade has taken part in the battles near Debaltseve, in particular in Nikishyne village. It controls Torez and the area around it.