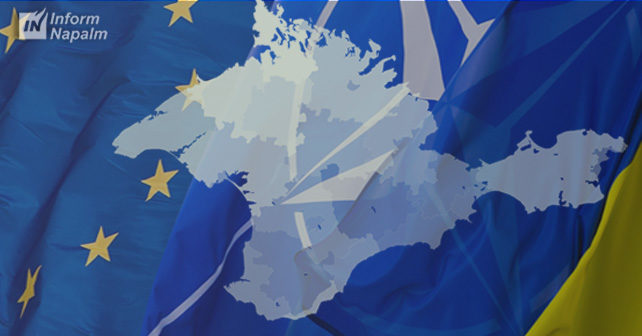 On September 9, 2020, the Committee of Permanent Representatives of Member States of the EU (COPEREPER) agreed without discussion a 6-month extension of personal sanctions against individuals and organizations undermining the territorial integrity, sovereignty and independence of Ukraine. This was announced by the correspondent of Radio Liberty in Brussels Rikard Jozwiak.

The journalist noted that 15 individuals and organizations associated with the construction of the Kerch Bridge will soon be added to the sanctions list.

“EU ambs have given the green light to the 6 months roll-over sanctions on 175 ppl & 44 entities deemed to have undermined the territorial integrity of #Ukraine. Soon around 15 ppl & a handful of entities will be added to this list for the construction of the #Kerchbridge” he tweeted.

EU ambs have given the green light to the 6 months roll-over sanctions on 175 ppl & 44 entities deemed to have undermined the territorial integrity of #Ukraine. soon around 15 ppl & a handful of entities will be added to this list for the construction of the #Kerchbridge #Russia

InformNapalm international volunteer community also continues to identify and publish information about Russian war criminals who took an active part in the special operation to seize Crimea. Evidence has now been collected regarding military personnel from more than 32 Russian military units. At the same time, it was established that servicemen from 22 units from this list, in addition to the invasion of Crimea, also took part in hostilities against Ukraine in the Donbas. In total, more than 2,600 regular Russian servicemen from 99 units of the Russian Army and Russian security forces were identified in the InformNapalm’s OSINT investigations as participants of the aggression against Ukraine. This is a clear indication that the hybrid Russian military aggression in the east of Ukraine is a continuation of the war that the Russian Federation started with the invasion of Crimea. All of these materials have been translated into dozens of languages by InformNapalm volunteers, distributed among diplomats and international partners, entered in court cases and are part of a large body of evidence against Russia.

The results of InformNapalm’s investigations were repeatedly presented by official Ukrainian delegations at meetings of the Parliamentary Assembly of the Council of Europe, NATO and the OSCE, and were entered in Ukraine’s suit against Russia in the European Court of Human Rights.

Read more: Ukraine Imposes Sanctions Against the Company that Participated In Seizure of Ukrainian Sailors

In early September, the topic of Russian-occupied Ukrainian Crimea came to the fore in the context of NATO intelligence operations and drills which are likely to become a deterrent to any Kremlin’s aggressive intentions ahead of the Kavkaz 2020 Russian military exercises planned for the second half of September.

In addition, the United Efforts 2020 strategic command and staff exercise is to take place in southern Ukraine in September with the participation of of NATO member countries.