Profiles of the Dead Russian Saboteurs Are Found 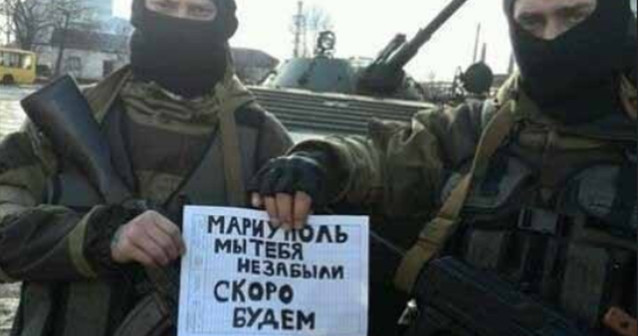 Today, on February 21, 2016, the Main directorate of intelligence of the Ministry of Defence of Ukraine reported that another Russian sabotage-reconnaissance group had been destroyed in fight in the Mariupol direction. According to the authority, 3 Russian servicemen were killed and 5 wounded. The report contains the names of the killed: sergeant Leonid Nikitin (born on September 24, 1995 in Arkhangelsk), privates Igor Sidorov and Vasily Petrachenkov. The InformNapalm international volunteer community decided to research this information and find confirmation of the existence of these soldiers.

The profile of sergeant Leonid Nikitin was the first one we found. Below you can find the archives of his profile and photos. It is interesting that there is a photo with a snobbishly threatening note about Mariupol [Mariupol, you are not forgotten, we are coming]. Many of pictures show Nikitin posing with militants from the illegal armed formations of ‘DPR’. 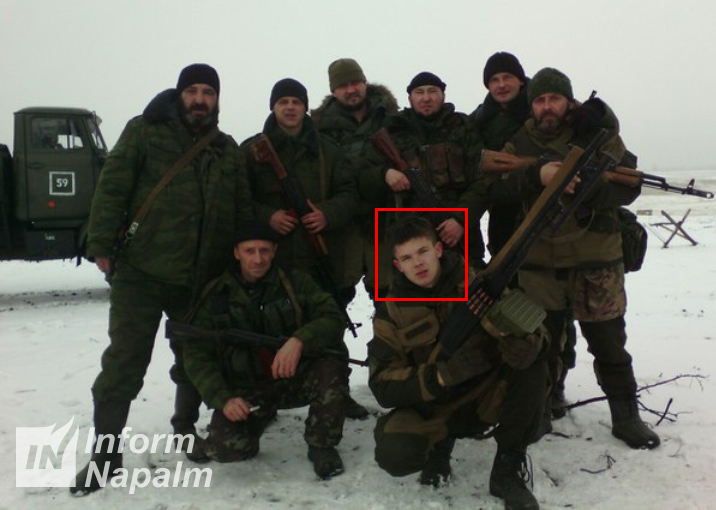 This is one of the latest pictures of Nikitin (uploaded on February 19, 2016). 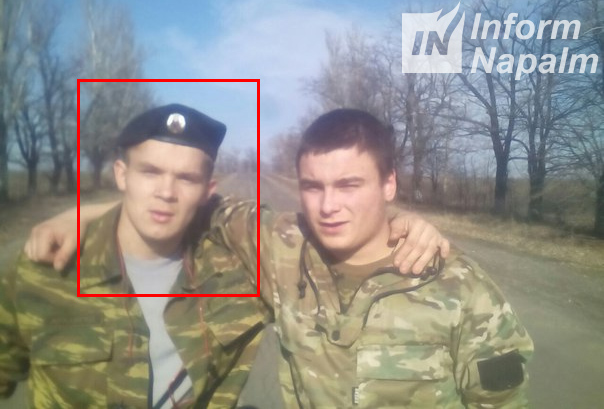 Links to the archives:

It looks like there is a confusion with the name of the second killed serviceman. The directorate of intelligence says it is Vasily Petrachenkov. But the most likely character falling within the description is Aleksandr Viktorovich Petrachenko, who even has a letter of acknowledgment ‘for military valor, courage and bravery’ from ‘Cheburashka’ battalion. 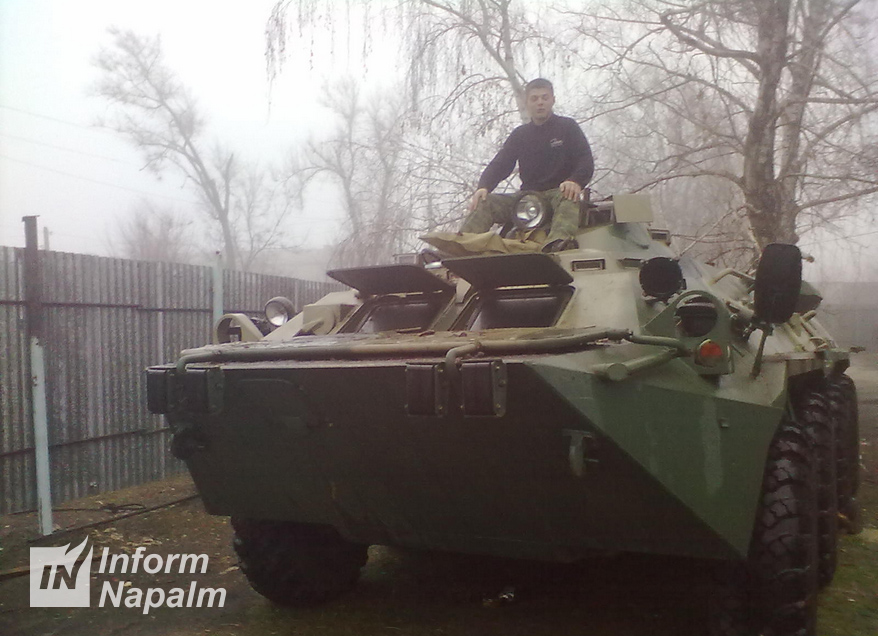 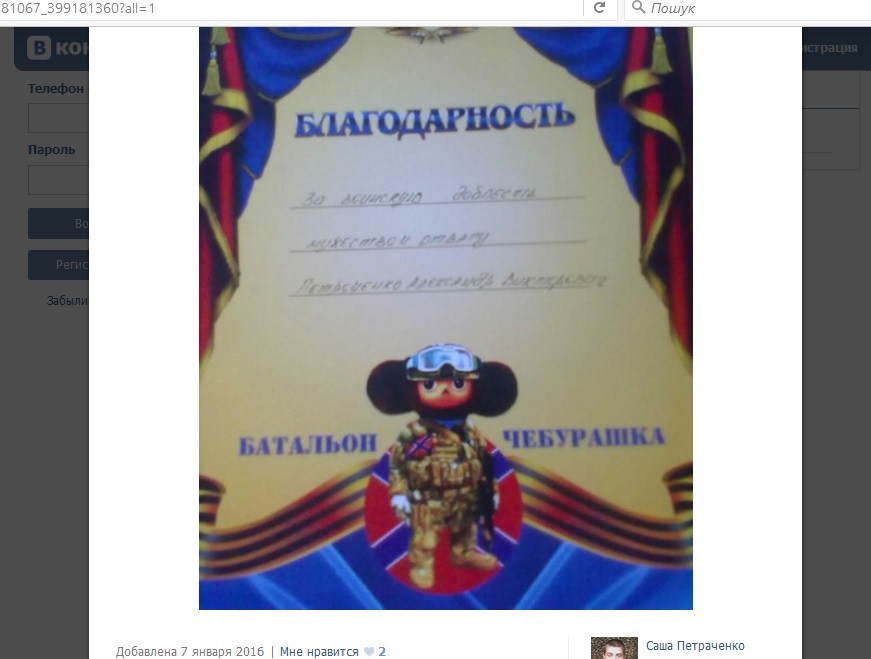 At the moment, due to the prevalence of ‘Sidorov’ last name, the search for the third dead serviceman continues.

The post with a speaking text and photos of Nikitin, Petrachenko and probably Sidorov, in the profile of their brother-in-arms (who hides under the name of Aleksandr Sumrakov, and could know the victims personally) can be another indirect confirmation of the intelligence data.

Unfortunately, it is not yet possible to find more information on personalities of the killed mercenaries listed by the GUR of Ukraine. The Ukrainian special services may later clarify this data and provide some specific information like the numbers or names of military units to which the Russian saboteurs belonged.

You can report any additional information about this investigation via the feedback form.

No Responses to “Profiles of the Dead Russian Saboteurs Are Found”