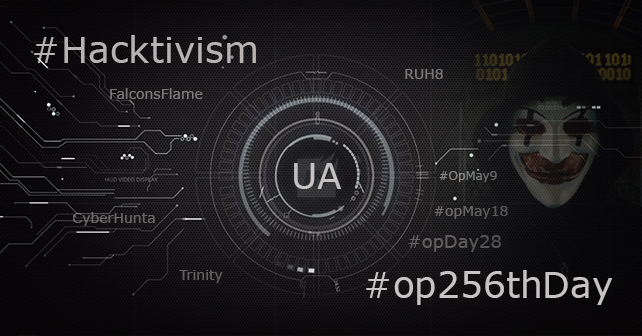 The hacktivists of the cyber alliance of Ukrainian groups FalconsFlame, RUH8, Trinity and CyberHunta conducted a joint large scale operation dedicated to the Programmer’s Day. The holiday is observed by the IT industry on the 256th day of the year. In a regular year, the holiday falls on September 13, in a leap year the date is September 12.

The goal of the operation was to make injections of the ‘truth serum’ to the propaganda and ‘governing’ websites of the criminal LPR and DPR militant groups, as well as other Russian websites that participate in the terrorists’ information war against Ukraine.

Some resources were destroyed through disabling of domains and hosting, and deleting of all backups, while others became subject to defacing that illustrates Russian war crimes in Donbas.

The hacktivists attacked Antimaidan, Prosecution Office of the LPR, E-News, DPR Ministry of Construction and various other websites. The total number of resources that were crashed or defaced during the Night of the Programmer is estimated to be above 33. On many websites the hackers also inserted the videographics showing 33 types of Russian weaponry and equipment in the Donbas, as well as other videos that expose the role played by Russia in its aggression against Ukraine.

We saved screenshots of some of the defaced websites. They can be seen here:

It should be noted that the operation is a part of successful trail of joint operations by the cyber activists. The earlier operations include #opDay28, #opMay18, #OpMay9.

The cyber alliance’s calling card is the well-recognized video that shows a hacker broadcasting from the imaginary ‘Lviv Subway’; these messages gathered hundreds of thousands views online and occasionally featured in TV programs. At the end of the summer, members of the cyber alliance gave an exclusive interview to a foreign English-language media; it is expected to be available in October as a part of a documentary series about cyber warfare.

Information on other operations of special interest can be found on the dedicated project page: The role of hacktivists in fighting the Russian aggression.