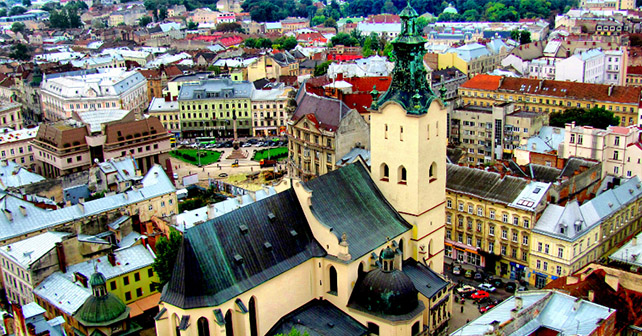 Hacktivists of ‪CyberJunta gained access to the personal messenger of a self-proclaimed Luhansk Peoples’ Republic (LPR) militant with the callsign Grom (Thunder). He is coordinating information warfare operations on the territory of Lviv region with the intelligence agencies of the Russian Federation. InformNapalm received a part of the correspondence for publication. Viable operational information was sent to the Ukrainian security service SBU.

The received messages show that Russian agents are planning to carry out a provocation in Lviv during the celebration of the 25th Anniversary of Ukraine’s Independence. We can make some facts public without interfering with the operatives work.

Kremlin agents intend to rent an apartment in the city center, somewhere near potential locations of large gathering of people, and  play a prerecorded audio through powerful speakers. Apparently, there will be people posted at the agreed locations filming the provocation for the Russian media in order to present the incident as the “popular support for the Lviv People’s Republic” on the lines of the pro-Russian enclaves controlled by terrorist organizations – Luhansk Peoples’ Republic (LPR) and Donetsk Peoples’ Republic (DPR).

Through their agents, Russian curators are now looking to hire an actual doer for the provocation.

Here we publish the screenshots of the intercepted message exchange. We covered the telephone number not to interfere with work of the security agencies. 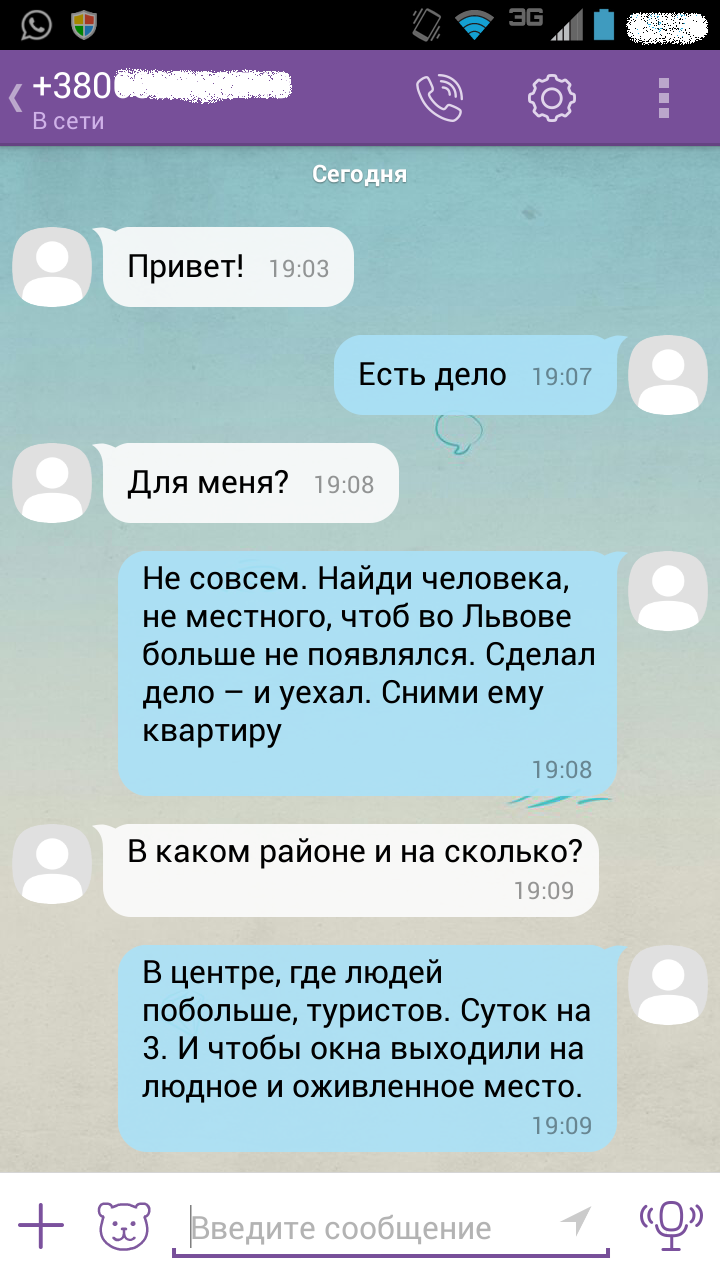 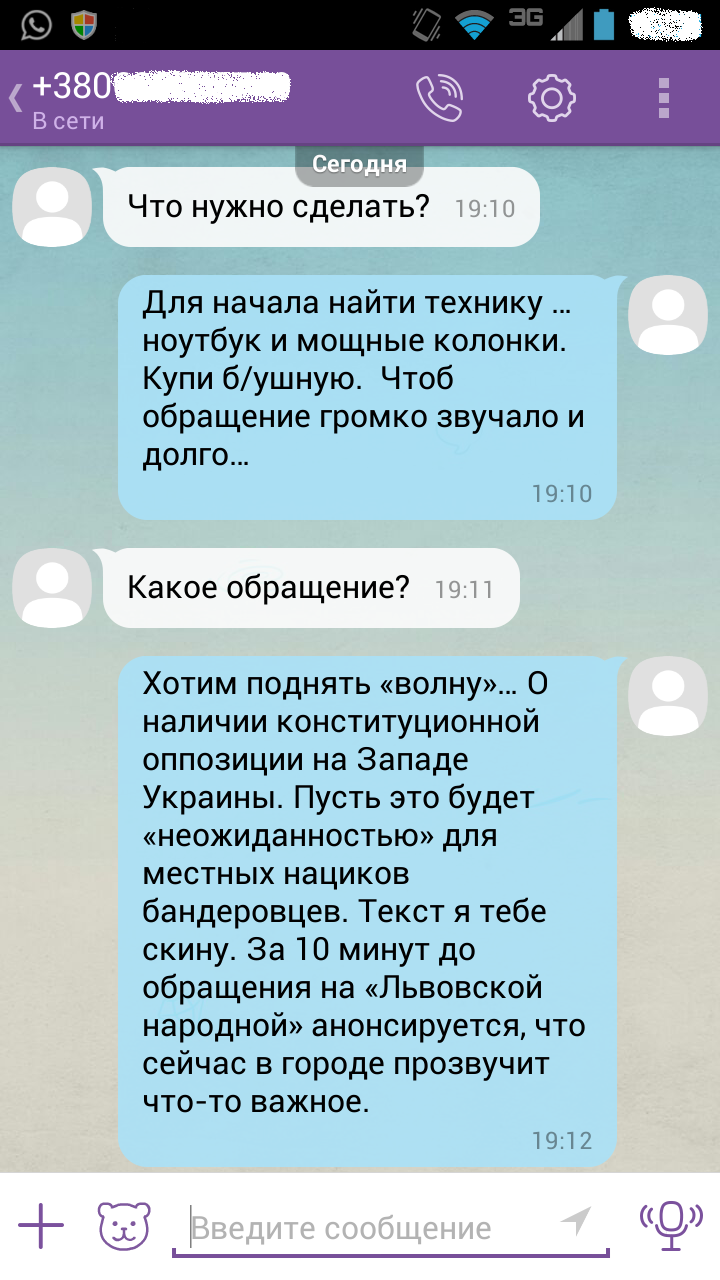 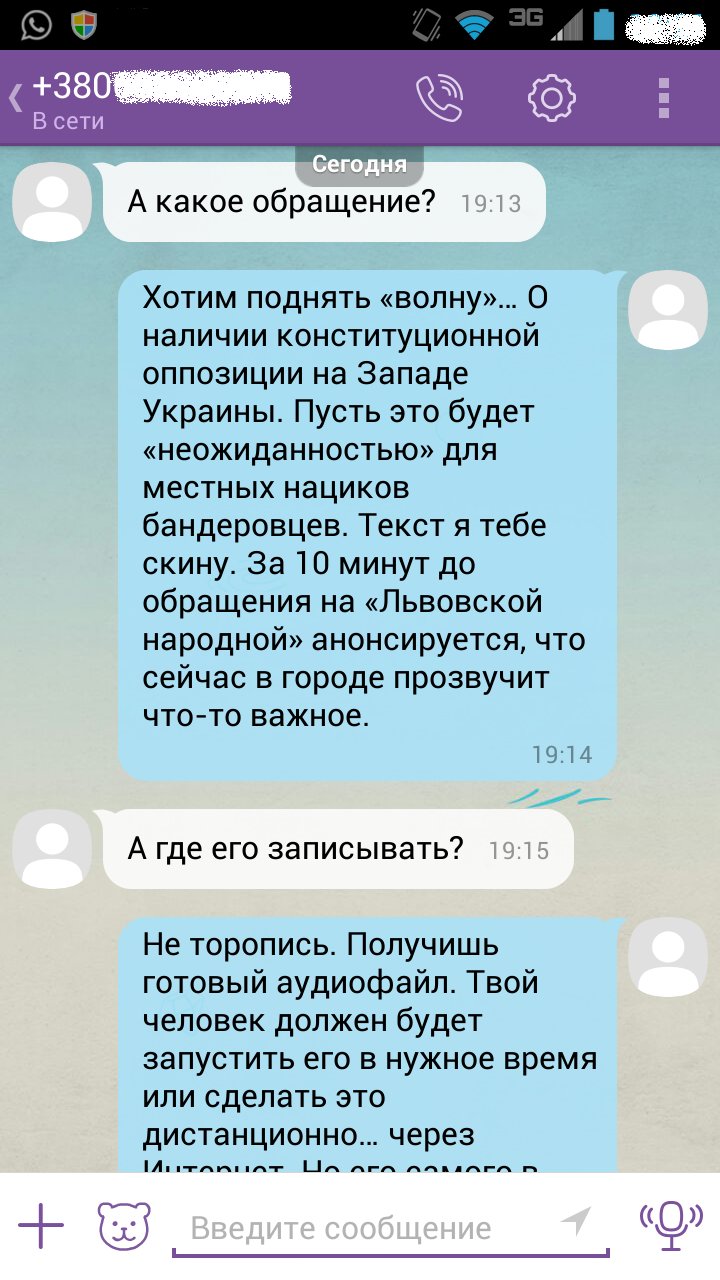 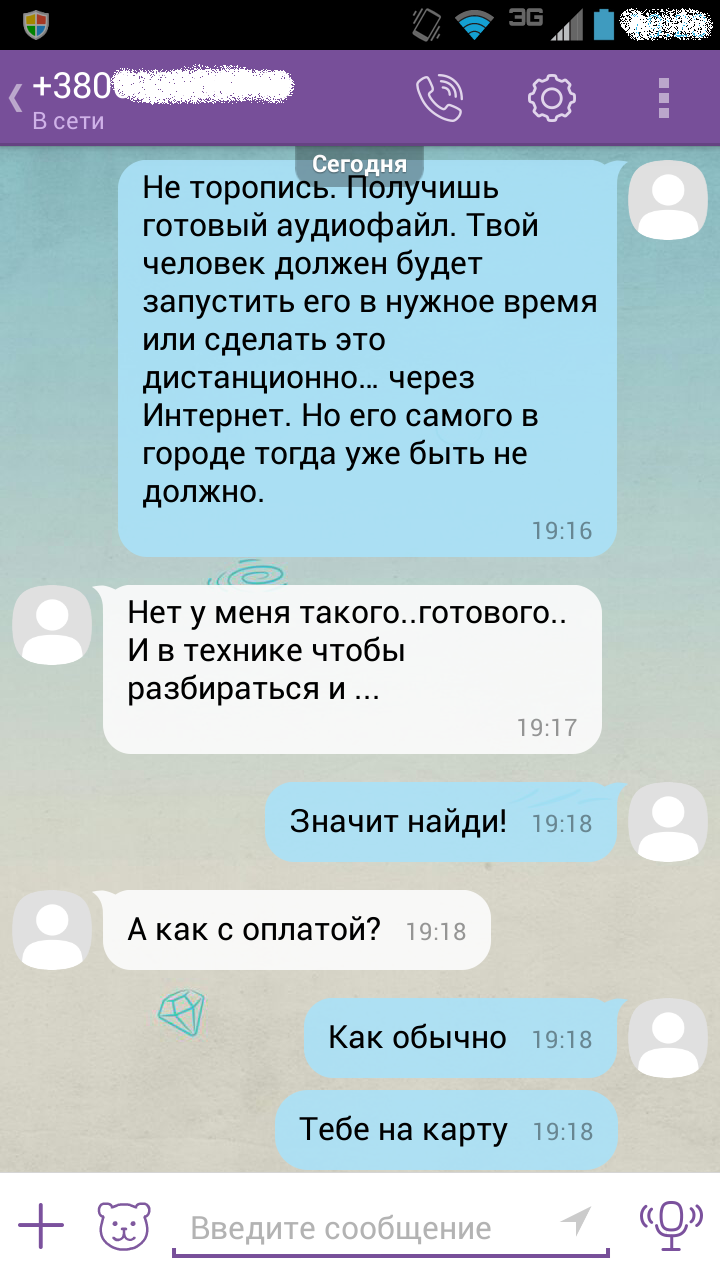 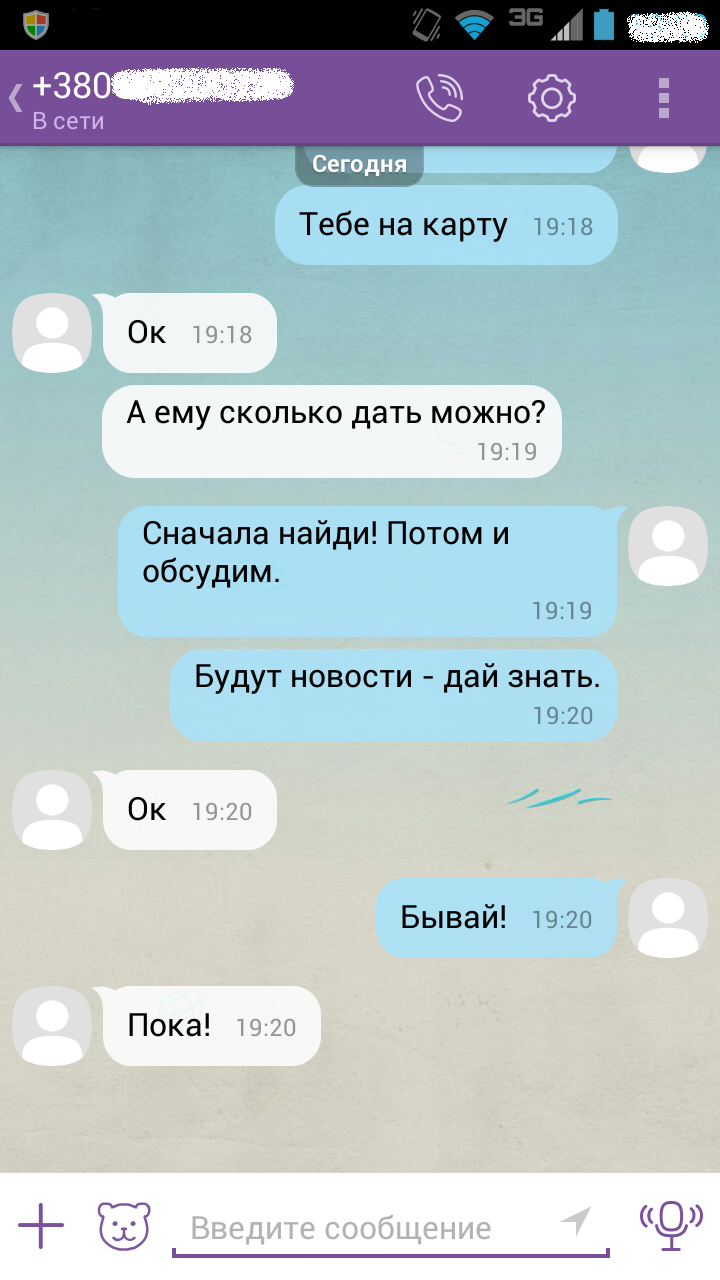 It is worth noting that a similar scenario was played at the Independence Day of Ukraine in 1999. A group from Russia consisting of 20 followers of Eduard Limonov  entered the tower of the Sailor’s Club at Ushakov square in the center of Sevastopol. Around 10 am they put up a banner saying “Sevastopol is a Russian city” on the second floor of the tower and the flag of the National Bolshevik Party on the spire and then scattered anti-Ukrainian flyers. For better visual impact the group members chained themselves to the tower with welding sticks and chains.

In the intercepted messages featured above, the coordinator asks to find a person, not a local of Lviv, “to come in, do the job and leave”. The doer would need a rented apartment overlooking a busy square or street in downtown Lviv, a set of powerful speakers and a second-hand laptop. The coordinator also mentions that the event will be announced on the “Lviv People’s” information outlet. Apparently it refers to public groups on Facebook and VKontakte social networks promoting the fake “Lviv People’s Republic”.

One Response to “Hacktivists Uncover Preparation of Russian Provocations in Lviv”