History Lessons: Wildfire as a Weapon 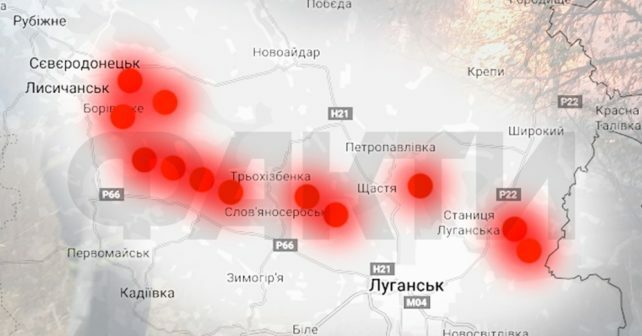 For the past few days, Ukraine has been experiencing massive wildfires on its eastern border, particularly in Luhansk Region. The fire has already claimed the lives of dozens of people and destroyed many homes. The fires have covered an area of more than 100 sq km.

There is direct evidence that these fires were the result of deliberate arson committed by Russian aggressors or their mercenaries. This is a well-organized military operation. The fires were started in the gray zone and then reached the frontline positions and nearby rear areas of the Ukrainian forces. 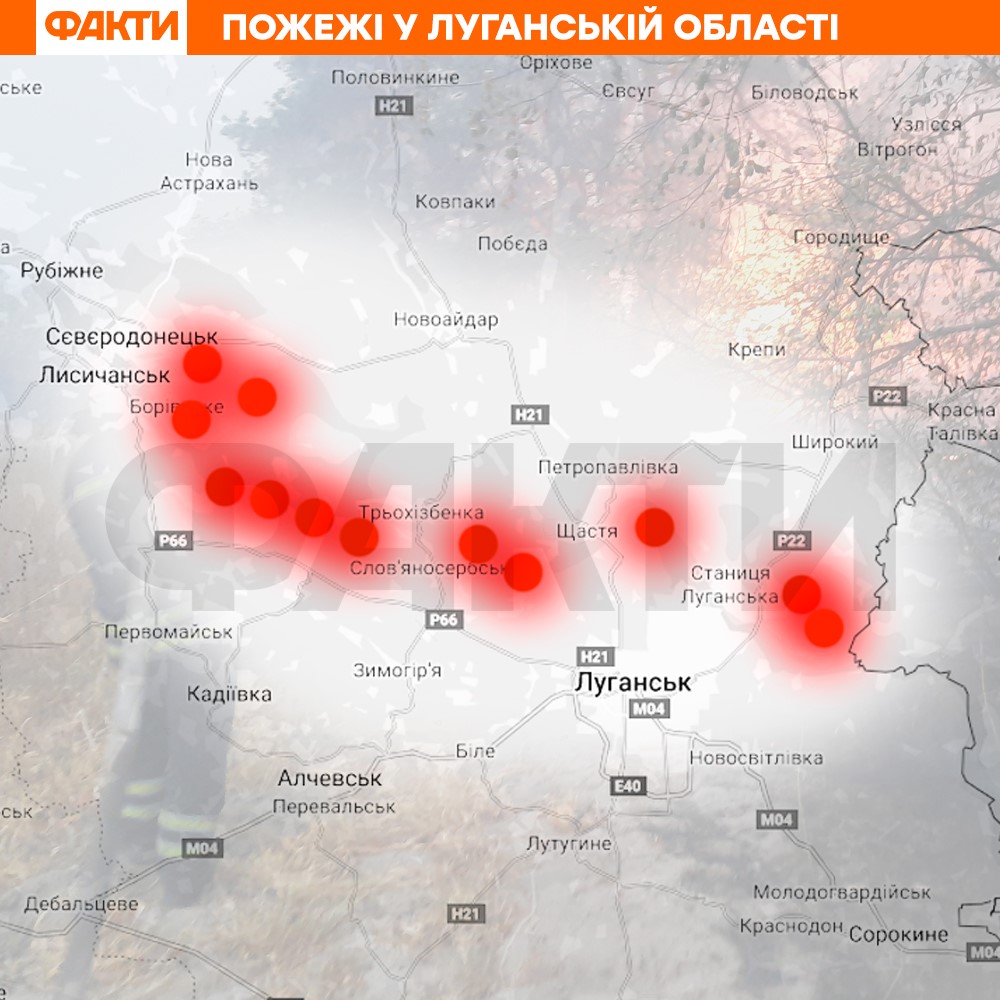 History knows many examples when fire was used as a weapon against the enemy. After all, fire is not only an element that destroys material objects, it is also important as an instrument of psychological pressure, as something that causes fear and panic in the ranks of opponents.

Our very ancient ancestors from the biological genus Homo had learned to control fire, maintain and produce it, probably even before the modern human species, Homo sapiens, appeared. And soon enough, primitive people began to use fire, both to hunt wild animals and during clashes with rival tribes. Archaeologists have evidence that our ancestors performed arson and fought with sticks set on fire from the “battle” end.

Fire-based weapons were perfected during the development of ancient civilizations. The Chinese developed devices for throwing pots with a burning mixture during the Qin Dynasty in the 5-4 centuries BC. During the Mongol invasion of the 1230s and 1270s, the Chinese had already invented gunpowder and used it to fire rockets and grenades, which, when exploded after a fall, caused intense fires.

The Mongols borrowed these devices and used them during the storming of the fortresses of Eastern and Central Europe and the Muslim East. In addition, the Mongols used fire as a means of terror against those who resisted them. According to their tradition, if the city refused to open its gates to them, after the attack and capture the city was burned down.

The famous Greek fire became a powerful military tool in Byzantium. It is believed to have been invented by a Syrian named Kallinikos, who became a subject of the Eastern Roman Empire around 672. Kallinikos not only developed a recipe for a burning mixture (which included crude oil, sulfur, lime and some other ingredients), but also invented a device that he called a “siphon” – a metal vessel to which bellows were attached (as those used by blacksmiths in the smithies). The fires caused by Greek fire were extremely difficult to extinguish. The Byzantines (Romans) successfully used Greek fire in the seas, destroying enemy fleets.

In the Middle Ages, and especially from the 17th to the 18th centuries, one of the means of war was the so-called “scorched earth tactic.” Thus, in June 1687, the Crimean Tatars (Kyrymly) set fire to the steppe north of Perekop, creating a dead zone 200 kilometers wide. The purpose of this arson was to prevent the capture of the Crimean Khanate by an army led by the Moscow military leader Prince V. Golitsyn, which included about 50,000 Ukrainian Cossacks of Hetman Samoilovich. The Crimean tactics proved to be victorious for them and devastating for the Moscow-Cossack army. After a week of crossing the dead steppe without fresh water and without fodder under the scorching sun, horses and people were terribly tired. Horses began to die; people began to get sick. Golitsyn ordered a withdrawal. Two years later, in May 1689, with Ivan Mazepa now the Hetman of the Ukrainian Cossacks, history repeated itself: the Tatars set fire to the steppe again. The Crimean Khanate lasted for almost another century, until 1783.

On the eve of the First World War, the armies of European countries and the United States adopted a new device for destroying the enemy with fire – a flamethrower. The first flamethrowers were quite primitive and resembled devices for Greek fire – the burning mixture was ejected from them with compressed air. Like the Byzantine “siphons”, they fired to a distance of up to 200 meters, but from 50 meters the stream of fire thinned, because the mixture burned in the air, and the only much weaker fire could reach the target. However, even these first flamethrowers were a powerful psychological weapon. There is evidence that during the “trench war” of 1915-1918, soldiers jumped out of the trenches and fled when they saw enemy soldiers with knapsack flamethrowers. In the 1930’s and 1950’s, flamethrowers improved significantly: high-explosive and jet variants of these machines appeared.

Scorched earth tactics, as well as incendiary bombs, were widely used during World War II. Almost immediately after the beginning of the invasion of Hitler’s army and its allies into the territory of the USSR in June 1941, the USSR State Defense Committee launched an operation of “scorched earth” to create unbearable conditions for the occupiers. This operation included arson and the organization of explosions at industrial facilities. Grain fields, grain elevators, and even houses were doomed to be destroyed by fire. The latter was often a death sentence for peasants, especially during the very cold winter of 1941. As is now known, 18-year-old Zoya Kosmodemyanskaya was given just such a task – to set fire to the homes of residents of the village of Petrishcheve, where a small garrison of the German army stood. Germans executed her, hanging her with a sign around her neck that said “Brandstifter von Wohngebäuden”, “the arsonist of houses.” For all their hatred of the German invaders, it is unlikely that Petrishcheve’s peasants took pity on this young girl, almost a child, who had fallen victim to the Kremlin’s incredibly brutal policies. And then in the Spring of 1945 Hitler ordered to use the same tactics of scorched earth in the territories of the Third Reich, which were about to be captured by Soviet or Allied troops.

Particularly brutal was the use of powerful incendiary bombs during the Allied air attack on the German city of Dresden on February 13-15, 1945. This attack was carried out by a fleet of 1,249 heavy bombers from Great Britain and the United States. (Several Polish crews also took part in the bombing after a rather long and heated argument about its expediency.) About 2,000 tons of high-explosive bombs and about 500 tons of incendiary bombs were dropped on the city. The combination of high explosive and incendiary bombs caused terrible fires. Tens of thousands of people were killed, most of them civilians (Dresden did not have a large garrison). Most of the victims died from the fires (burned or suffocated from smoke and lack of oxygen). Due to a tragic coincidence, about 5,000 American prisoners of war also died. This is described in Kurt Vonnegut’s famous novel Slaughterhouse-Five, or the Children’s Crusade. The debate over how many Dresdenites were killed and the appropriateness of this air attack continues to this day.

In 1942, a secret laboratory on the campus of Harvard University in the United States developed the recipe for a mixture called “napalm” (short for the two ingredients in the mixture, naphthenic and palmitic acids, which were added to gasoline and caused it to condense into a gel). The burning temperature of napalm is up to 1200 degrees Celsius. It has the property of sticking to human skin, where it burns for a long time and causes severe, often fatal burns. Napalm also seeps underground and destroys bunkers and other underground structures along with personnel. Burning napalm produces a lot of carbon dioxide, which can kill those who are not affected by burns. The air, heated by napalm flames, moves in a centrifugal direction and speeds up to 110 kilometers per hour, causing new fires. American aircraft widely used napalm during the bombing of Japanese cities. Napalm also gained notoriety during the US war against North Korea in 1950-1953, and against Vietnam and Cambodia in 1963-1973. Napalm bombardment was also regularly carried out by both sides during the Iran-Iraq war of the 1980s, and during the civil war in Angola and elsewhere in Africa. Today, huge reserves of napalm are stored in the United States, Russia, China, North Korea and Iran. In January 2009, the United States signed an international agreement to curb the use of napalm in military operations.

Editor’s note: The InformNapalm website was created in March 2014. It doesn’t refer to the atrocities of the wars in the 20th century but rather to the incendiary mixes used by the defenders of the Maidan during the Revolution of Dignity against armed troops of the Yanukovych regime. The symbol of fire as an effective tool to “burn out the enemy forces” and “burn away the barriers to their secrets” became the basis of the name of the international volunteer community.

The Aggressor sets the Donbas on fire

As we can see, Russia is now using the deadly properties of fire in its illegal, undeclared, vile war against Ukraine. Of course, blaming drought, cigarette butts, accidentally damaged electrical wires, etc. for the fires that are now raging near the eastern border of Ukraine is simply a deception. These attempts to shift the blame should be stopped immediately and decisively. And, again, it is very wrong from the point of view of basic information hygiene and human morality to rely on the nonsense being spread by the Russian media (Ukraine’s direct enemy) and the Western media (one of Russia’s main paid collaborators).

Therefore, “let us be attentive,” as the priest or deacon exhorts us during the Divine Liturgy of Sts. John Chrysostom. Glory to those who are just now fighting fires and resisting Russia with all its mercenaries. And, of course, glory to Ukraine.

George V. Pinchuk especially for InformNapalm. Distribution and reprint with reference to the source is welcome! (Creative Commons — Attribution 4.0 International — CC BY 4.0)

No Responses to “History Lessons: Wildfire as a Weapon”