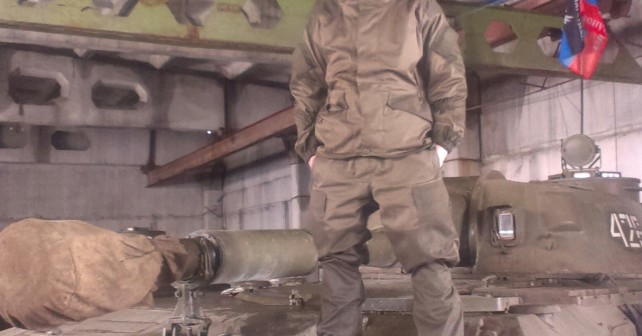 InformNapalm has discovered self-propelled artillery of the Russian-backed terrorist forces hidden in a garage near the Volnovakha Penal Colony № 120 in the town of Molodizhne, Donetsk region.

On the 18th of March, the military expert Dmitriy Tymchuk reported on a «build-up of a terrorist-division south of Donetsk, behind the motorway ring road along the Luhansk-Olenivka-Dokuchaivsk section. Trucks with mercenaries up to the size of a motorized rifle company were seen moving from the area of Styl towards Dokuchaivsk. Furthermore, south of Olenivka, armored vehicles [2-3 MT-LBs and two tanks] were relocated by the mercenaries. In this process, one MT-LB and two BMP-1 were moved to the area of Olenivka itself».

Later in the evening of 21th of March, a report appeared on the LiveUAmap website with facts of artillery fire coming from Russian mercenaries in the Dokuchaivsk area, which is less than 5 km from the town of Molodizhne, where we detected 122 mm self-propelled artillery «Gvozdika». 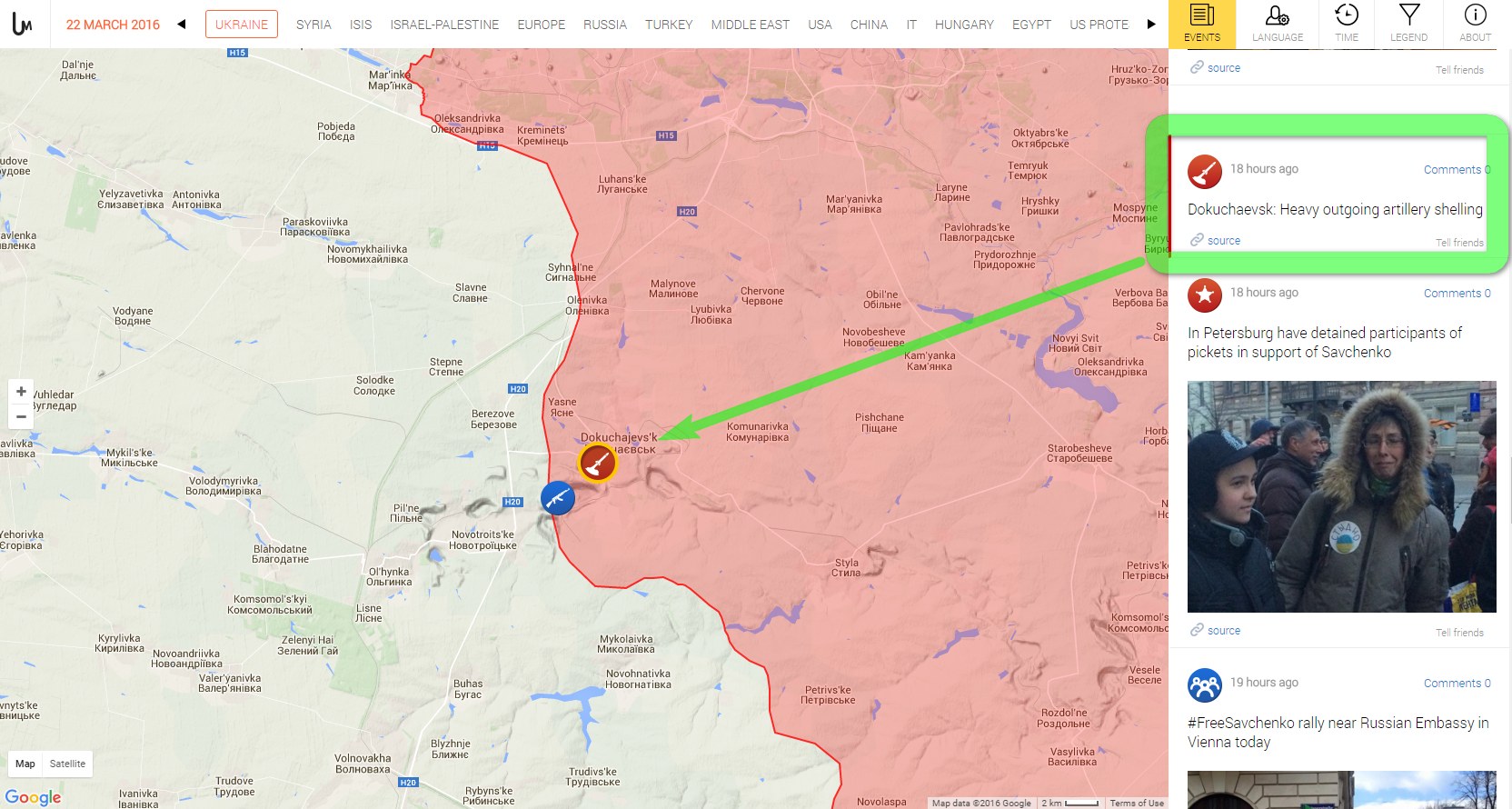 A photo with the self-propelled artillery was uploaded to a mercenary’s social network profile, but has already been removed [profile photo contacts]. But we archived it at the right time. 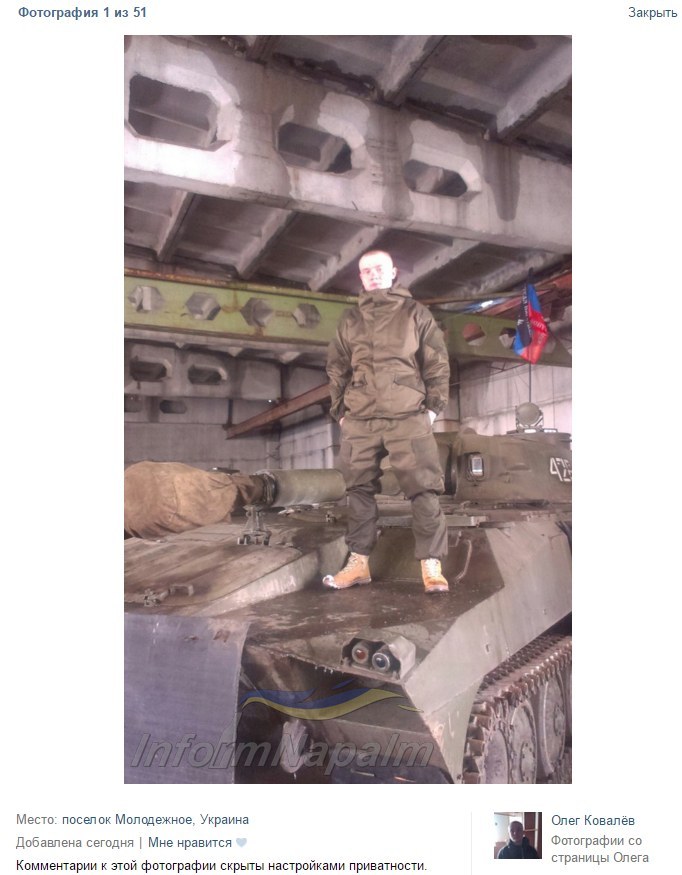 The garage with the hidden artillery can be found on the map. Note that this is a very good location, and at the same distance from Dokuchaivsk and the town of Aleksandrivka, located near Mariinka. 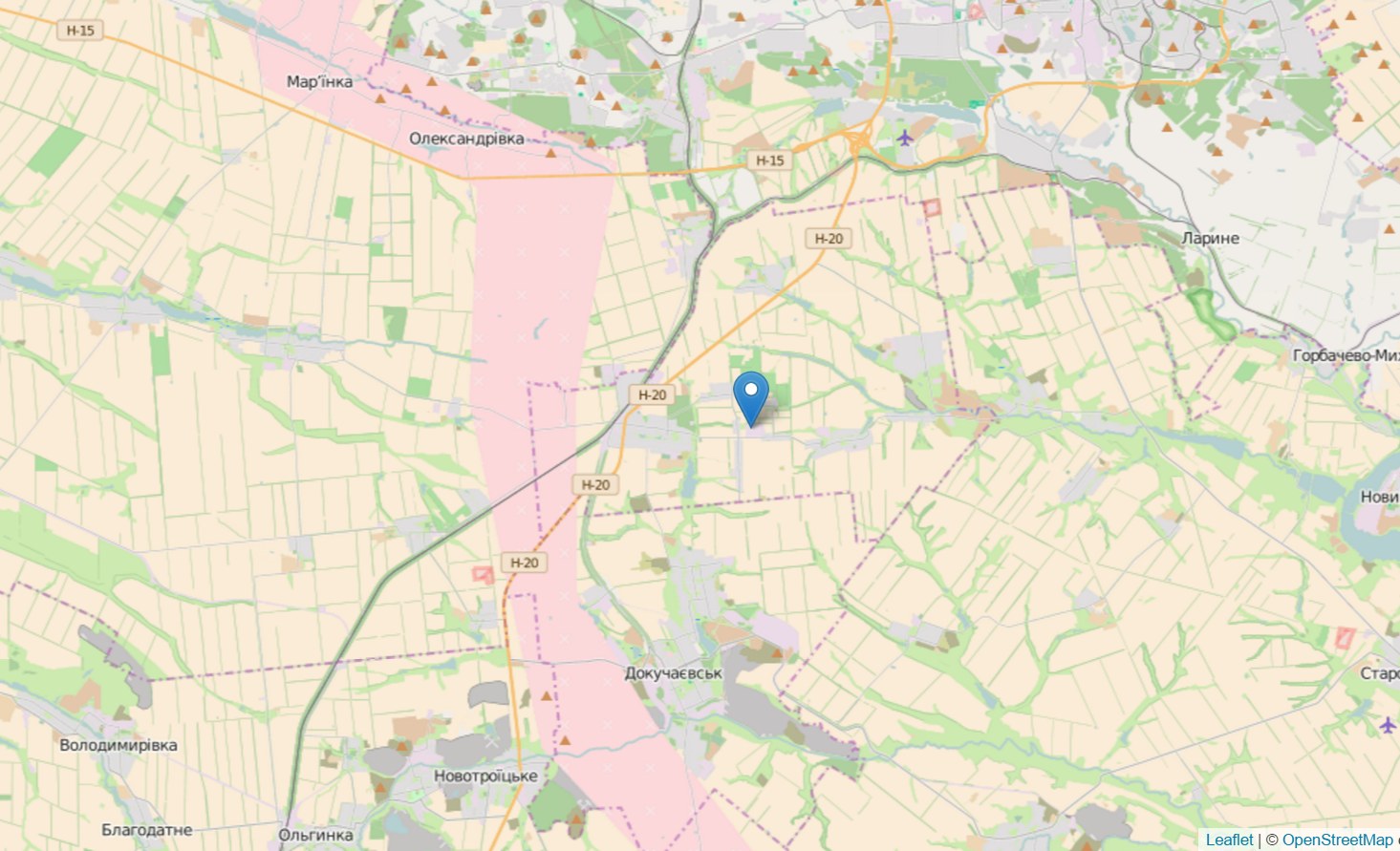 The coordinates [47.828208N 37.708389E] in the geotag of the photo point exactly to the garage, having a characteristic round roof, next to Volnovakha Penal Colony № 120. The precision of the coordinates is also confirmed by the haste with which the shocked soldier removed the photo.

Also note the storing of the self-propelled artillery and the snow on the mercenary’s boots. A lot of snow has fallen over the territory of occupied Donbass in recent days. Therefore, this detail also confirms the fact that the photo was taken just recently. 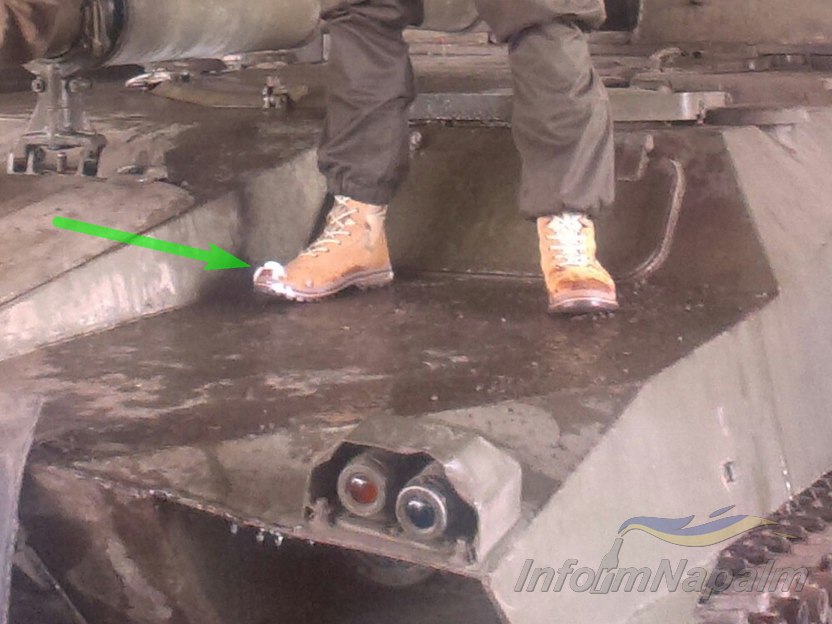 Furthermore, we have confirmation that the Russian mercenaries are returning to their deployment areas after long nights of firing with artillery-types that are prohibited under the Minsk Agreement. And this happens every day along the demarcation line, according to information from the villagers living directly along the front. Only the OSCE observers decline the possibility of having seen anything.

CC BY 4.0 – Original article written by Vidal Sorokin, translated by Madoc Scinner. Upon reuse of the material, an active link to the author and our project is desirable.