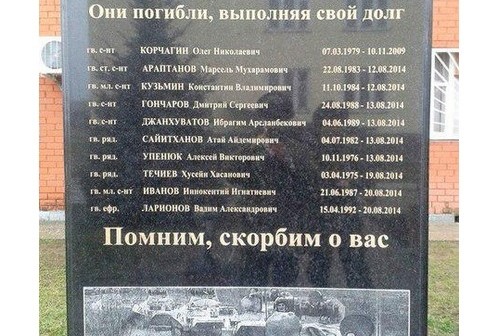 Here is a photo of a memorial to servicemen of the 17th Motor Rifle Brigade, located in the town of Shali, Chechen Republic, Russia.  Nine out of ten “died in the line of duty” in Ukraine in August, 2014.

We have mentioned some of the names that are listed on the memorial before – Kuzmin, Larionov, Araptanov and Ivanov. I wrote about them in August and September of last year.

See: ‘The 17th Motorized Brigade of the Southern Military District of the Russian Federation is in Ukraine’ https://informnapalm.org/en/17th-motorized-brigade-southern-military-district-russian-federation-ukraine/

‘Headless Sniper’  about Marcel Araptanov killed on August 12 in Luhansk Region of Ukraine and buried without the head in Bashkortostan Republic, Russia https://www.facebook.com/irakli.komaxidze/posts/645730222206894 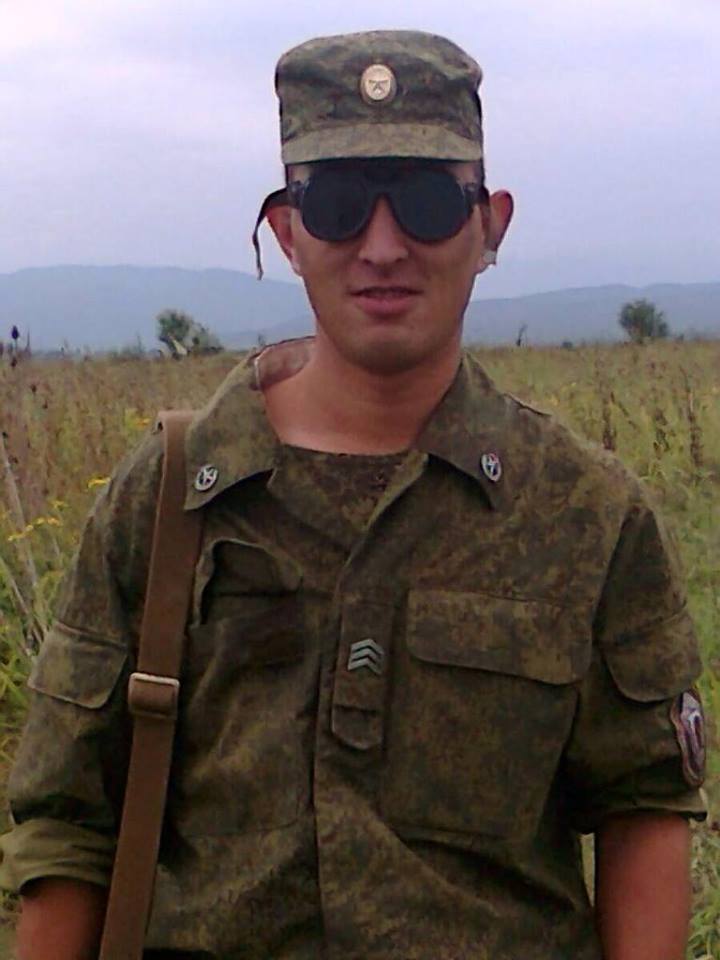 Based on the fact that January of 2015 was much “busier” than August of 2014, soon we can expect to see many more similar photographs from different regions of the Russian Federation with tens of names of Russian servicemen killed in Ukraine.

The photo of the memorial in Shali is from:

(c) Information has been prepared specially for the website InformNapalm