Insider information: Russia’s action plan to create a system of control over economic and political processes in Ukraine 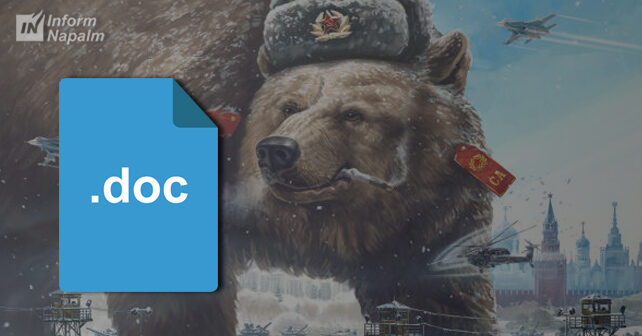 InformNapalm international intelligence community received a document through insider channels, which, according to our sources, was circulated through high-ranking closed channels on the eve of the full-scale Russian invasion of Ukraine.

We publish this material for your information and review. At the moment, we do not have the resources to conduct an in-depth analysis of this document titled Plan of Action for the establishment of a control system over the economic and political processes in Ukraine. However, it could be useful for other journalists and analysts as part of the overall jigsaw puzzle of the failed Russian plans for Ukraine.

These plans are failing due to the resilience of Ukrainian people and strength of their resistance, the mastery of the Armed Forces of Ukraine and the support of all the people of good will who help us prevent the implementation of such plans.

We have converted this document into the Google doc format to let our readers view it safely without having to download it.

Also, for the convenience of viewing and translation, we publish the full text of the document.

– the removal and destruction of all educational literature distorting history, promoting Nazism and Russophobia;

– restoration of compulsory Russian language and literature classes in schools;

– organization of training courses for secondary-school and high-school teachers in humanitarian disciplines (those who refuse to do so are to be discharged);

– significant increase of the quotas for admission of Ukrainian applicants to Russian universities.

– justification of Ukraine’s withdrawal from its Association with the EU (economic and legal findings on non-legitimacy);

– development of a road map for accession.

Prior to the constitutional reform, the elections to the Verkhovna Rada and the formation of a legitimate government, provisional authorities should be established. It is proposed to retain local self-government bodies and district courts on the basis of existing ones. Transitional public authorities should be formed in the order as follows:

4.The KNS appoints the acting heads of regional administrations, whose functions will be limited to ensuring law and order as well as the operation of regional life support systems, fiscal and other republican bodies.

In the future, they can unite to form new state entities (Novorossiya, Malorossiya, Slobozhanshchina …) or rejoin Russia (the reserve option).

We trust our source who transmitted this plan, but we leave it up to each reader to critically assess and evaluate any information that has not been subjected to classic three steps of verification from various sources or is not based on OSINT method.

No Responses to “Insider information: Russia’s action plan to create a system of control over economic and political processes in Ukraine”