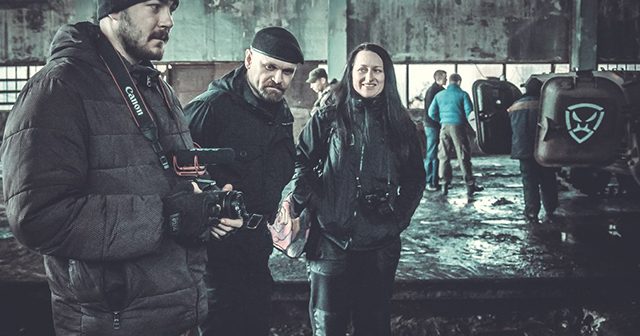 While everyone is discussing the neutralization of the Russian mercenary Motorola, Ukrainian hacktivists from cyber-alliance FalconsFlame, Trinity, Ruh8 have passed to InformNapalm international intelligence community “the death story” of a well-known field commander of Novorossia, who had been, far more passionate and active than the sorry car washer.

Ukrainian hackers got access to the documents which could help clarify the events leading up to the elimination of Alexey Mozgovoy, one of the most prominent warlords of the Luhansk People’s Republic (LPR) terrorist organization.

Several Russian activists and journalists, working in Donbas, had messages in their mail boxes with the documents from the personal computer of Alexey Mozgovoy: someone circulated his personal communication logs from Skype, VK social network, as well as some files.

On May 23, 2015, Mozgovoy’s car was blown up and then shot on the Alchevsk – Luhansk highway. It was the second assassination attempt against him in 2015. Earlier, in March, Mozgovoy’s car had also been blown up, but that time he received only minor injuries.

According to the official version of the so-called “LPR authorities,” it was the handiwork of a mysterious “Ukrainian special forces unit”, but unofficially militants associated the liquidation of Mozgovoy with Igor Plotnitsky and the curators from FSB.

Emails about the fate of the Mozgovoy were sent on April 18, 2016, and already on April 28 the pro-Russian Military Review(“Военное обозрение”) told its own version of the story. Apparently, the journalists of this medium had the time to study the commander’s mail, but they did not publish all of the documents, and below it will become clear why.

On April 23, 2015, Mozgovoy’s people sent from the Russian Donetsk an application to register a public organization People’s Revival to the Ukrainian Ministry of Justice. The organization was supposed to be registered to Andrei Kozlov (counterintelligence officer of the Ghost Brigade), Anna Samelyuk (press secretary), and Alexey Mozgovoy (the brigade commander of). 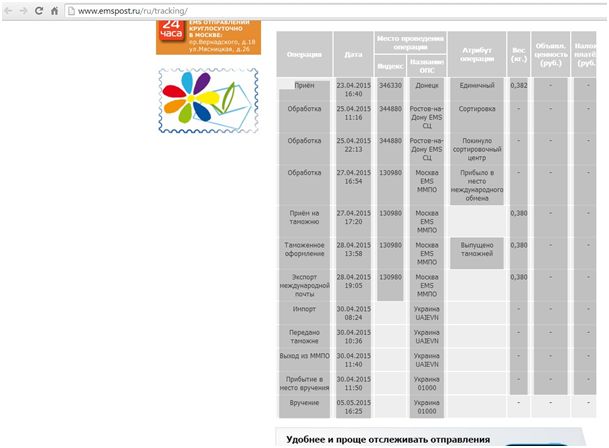 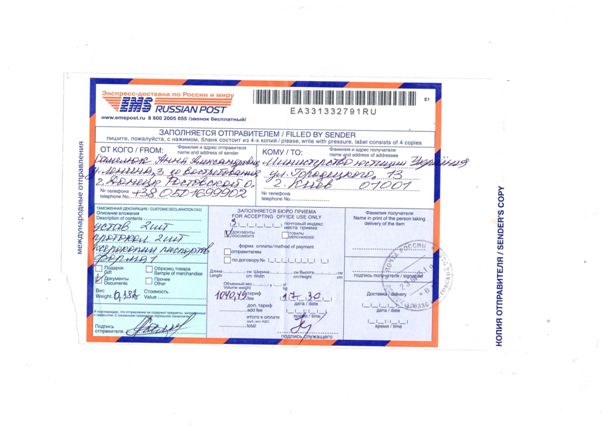 The organization’s statute (ustav, ustavukr) is written quite naively, and very crudely was translated into Ukrainian. However, there was little doubt as to the illiteracy of the Novorossia adepts.

On May 4th, the documents arrived in Kyiv, and further fate of this organization is unknown to us. Most likely, it was not registered. In the registry of public organizations, we found one People’s Revival, but it had been registered as far back as October 2014.

Photo #5 People’s Revival had been registered before

Apparently, the registration attempt itself became known to someone in LPR, after which the fate of Mozgovoy had been sealed.

From the letters about Mozgovoy, it became known that since December 2014, he was actively communicating with an media activist under the pseudonym Deva [editor’s note: the Russian word means Virgin or Virgo]. We are publishing all 240 pages of correspondence between Mozgovoy, his personal secretary Samelyuk and Deva.

The correspondence in its entirety helps understand what was happening within LPR from January to May 2015. In the beginning, Mozgovoy’s communication with Deva is pretty disinterested. Deva’s messages often resemble a stream of consciousness of a religious zealot or a conspiracy theorist. However, over time Mozgovoy is increasingly drawn into the dialog, and allows to be manipulated. In the correspondence, Deva plays very well on Mozgovoy’s sense of self-importance, by turns praising him (“good cop” part) and harshly and moralistically berating him (“bad cop” part). 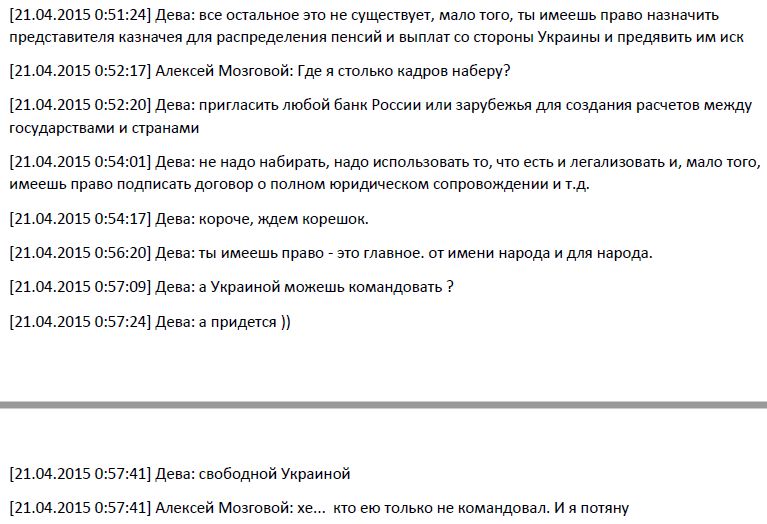 Photo #6 Mozgovoy is offered control of the whole Ukraine, but he lacks staff

Photo #7 Mozgovoy is being taught to communicate with colleagues and subordinates, and this goes on for 200+ pages

The Skype dialog on 227 pages is complemented with 13 pages of dialog on VK, where Deva is under the name Alexander Fenix (VK, archive). Curiously, the correspondence was separately dumped into one file, and there were several other mails concerning Mozgovoy’s communication with Deva. Apparently, someone was very interested in their correspondence after the assassination of the field commander.

The communication itself comes in turns from a male and a female correspondent [editor’s note: certain grammar forms are gender-specific]. Deva is allegedly at times in Kyiv and in Moscow, and has access to many important officials. He/she cleverly directs Mozgovoy’s fervor in the media-revolutionary direction, manages the YouTube channel, telling him how to behave when meeting the press and the military. By the end of correspondence, Deva holds Mozgovoy completely enthralled. Judging by the manipulative style, a few professional psychologists might have been working on Mozgovoy. They very skillfully analyzed his psychological type, and, in essence, within a few months completely subjugated him.

In the correspondence, Deva suggests that Mozgovoy should register a civic movement, begin to communicate directly with the Ukrainian authorities, as well as communicate with Putin. And Mozgovoy sends requests to the Presidential Administration of the Russian Federation: 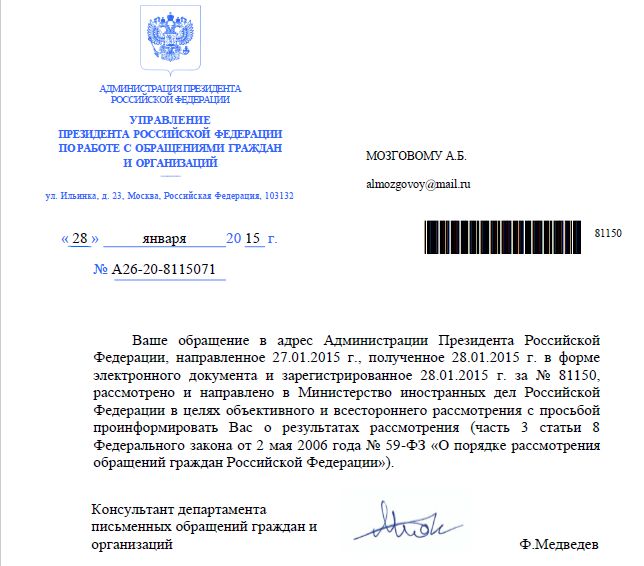 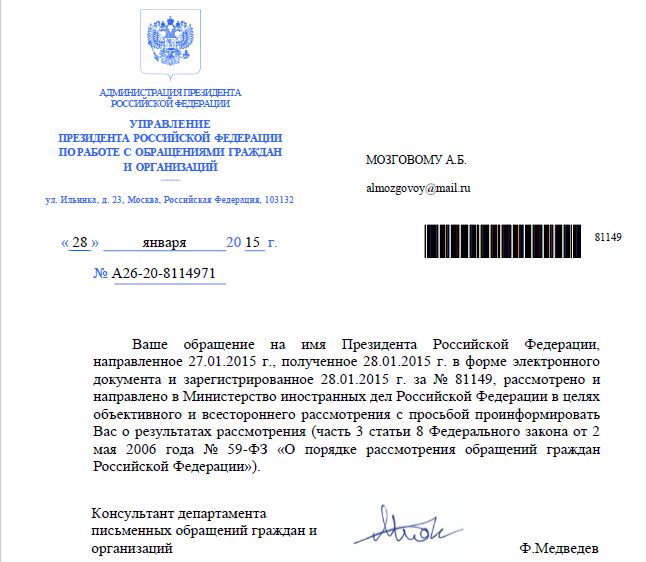 In Deva’s opinion, Mozgovoy needs his own NGO in Ukraine, in order to participate in the Minsk negotiation process. In this manner, rather than a being a renowned field commander, Mozgovoy should become a prominent “LPR politician”, establishing direct communication with the Russian curators.

Moreover, on May 14, 2015, Deva sends a letter to the Presidential Administration of Russia, and offers Mozgovoy, with his newly-made organization, as a third force in Donbas and a negotiating party for Russia, Ukraine, and the whole world.

Text of the letter (style and syntax preserved as far as possible):

Realizing the situation around Ukraine, and your personal interest.

For the proper making and full logical execution of all the plans, there is only way – the right way.

Currently DPR and LPR are unrecognized republics with the leadership which has long ago compromised itself, and they have no chance to complete the change of power in Ukraine. At the moment, there is a field leader who knows all the goals and objectives that you have set for yourself. This leader is Mozgovoy Alexey Borisovich, who pursues absolutely competent policy, and has not changed it for a long time. In difficult conditions, Mozgovoy Alexey Borisovich proved himself as an unwavering personality who belongs to the people, and not only the people on the territory of Alchevsk, but he is also ACCEPTED by the people of Ukraine. He is able to raise the masses on the territory of Ukraine to change the current Governing systems in Ukraine. To do this, it is necessary to make him a national leader and unite the DPR and LPR into a single whole. At the moment, he is acting preemptively, and registered the civic organization People’s Revival under the laws of Ukraine, which is registered in the presence of the OSCE with reports sent to 52 countries. It gives the right to legalize everything on the territory of the DPR, LPR, and the right to unite it all into a single whole and receive recognition around the world, with subsequent expansion to the whole territory of Ukraine. Which makes it impossible to partition Ukraine and especially the right of other states to intervene in the Sovereignty of Ukraine. The peculiarity of this is that Alexey Mozgovoy has the legitimate right to appeal to any people for their support, without government interference. And, if necessary, he has the right to appeal to any country … for the deployment of the peacekeeping contingent to hold legitimate elections throughout the territory. If you have questions, I will welcome direct contact, since I understand that you will not meet with Mozgovoy. I am a neutral party. GOD bless you”.

Discussion of this address in the correspondence with Mozgovoy: 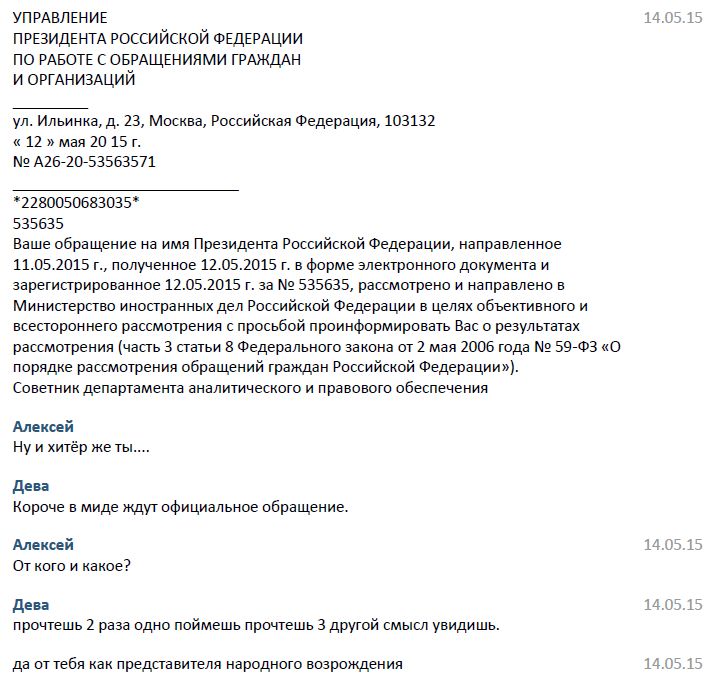 Photo #10 Mozgovoy praises Deva for the appeal to Putin. In effect, this is his death sentence

Apparently, the appeal directly to Putin had somewhat upset the plans of the Moscow curators in Donbas, and it was decided to get rid of Mozgovoy. He was needed as a field commander, but nobody wanted to fashion him into an independent politician.

Curiously, the fans of Novorossia in one way or another had already seen all of these materials, but each showed only a part of the information. As far back as December 2015, the correspondence with Deva (archive) was posted on VK, but very few people took notice.

Some people began to systematically go through the entire conversation, but ultimately got confused about who actually set Mozgovoy up (link, link and link).

We are publishing here all the known documents about this case. And we note that after the neutralization of Mozgovoy on May 23, the militants shared a cryptogram from the Luhansk branch of the Ukrainian Security Service (SBU) from May 24, 2015. This cryptogram somehow fell into the hands of the Russians, but it is safe to publish it now. It says that “objective has been achieved, which is confirmed by the sources at LPR and by the staff reshuffle”: 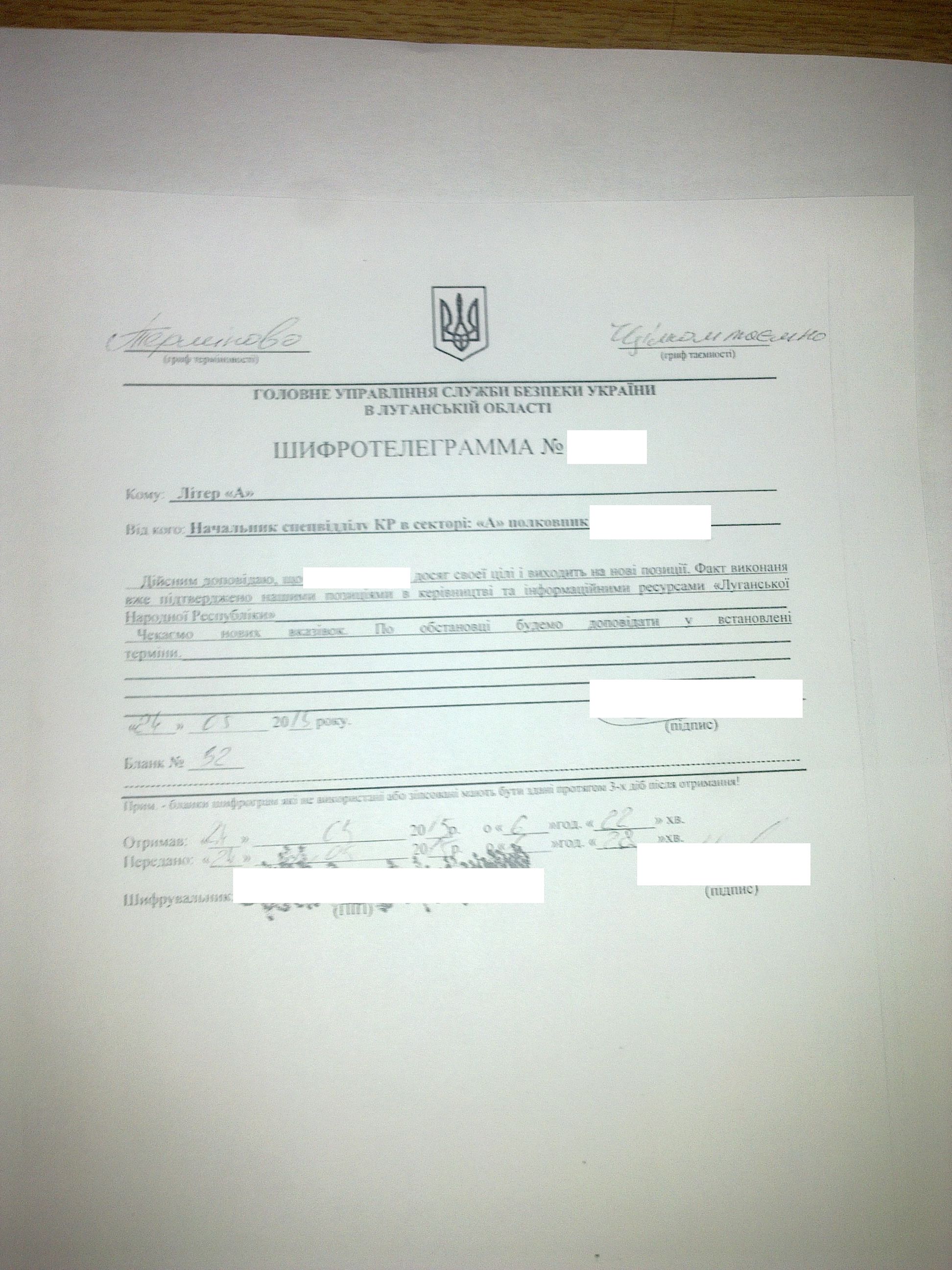 Let us take a look at what happened to Mozgovoy. Someone, very skillfully and within a few months, turned a “field commander of Novorossia” into a controlled political figure. Except that Kremlin had no need of Mozgovoy as a politician. Without any cleverly laid land mines and front-line operations against the Ghost Brigade, the energies of this warlord were very skillfully turned in the political direction, where he got trapped. Unwanted activity got noticed by the Moscow curators, and the fate of Mozgovoy was sealed.

Apparently, a “Ukrainian special forces unit” was involved in the liquidation of Mozgovoy after all. But it consisted not of the commando operatives, but rather several professional psychologists. The rest of the job was completed by the Russian “mop-up team”…

No Responses to “Invisible Ukrainian operatives and Alexey Mozgovoy”