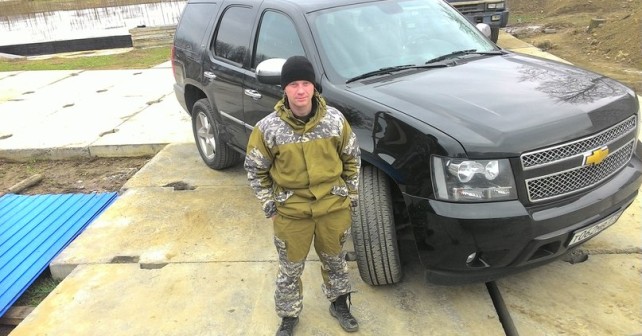 Russia started a rapid construction of barracks and military town near the Ukrainian border, opposite to the Kharkiv city, and transferred the 23rd separate motorized rifle brigade to Valuyki settlement (Belgorod Oblast, Russia). InformNapalm has performed its own investigation which confirmed the construction progress and identified the place where the 23rd brigade keeps the watch. By the way, some servicemen of this brigade have already visited Donbas as part of the invasion forces. 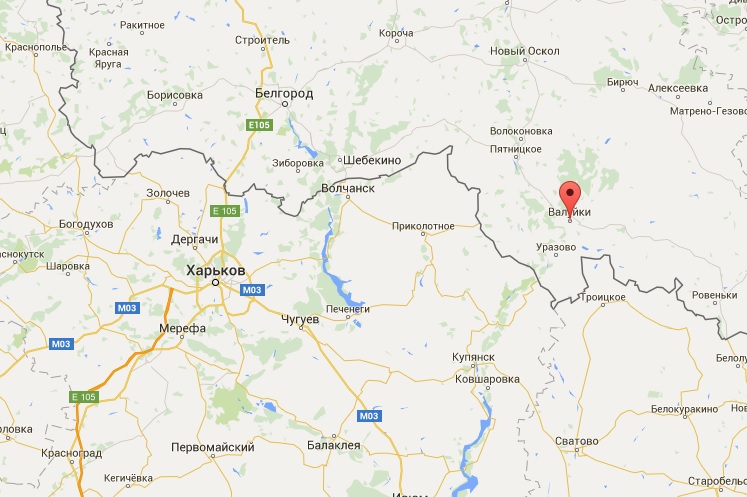 In early September of 2015, the media stirred up the news of the construction of a new military camp on 300 acres in Valuyki raion (Belgorod Oblast) in just 25 km from the border with Ukraine. The tender to prepare a project of the ‘Capital development of a military town’ and carry out the construction of the 1st phase was won by ‘Megaline’ development company from St. Petersburg, with which the 3.3 bln. ruble contract was signed.

The Reuters correspondent was the first one who reported about the beginning of the construction on September 9 – he had seen workers installing metal fence and paving the way to the construction site in a large cornfield near the village of Soloti. 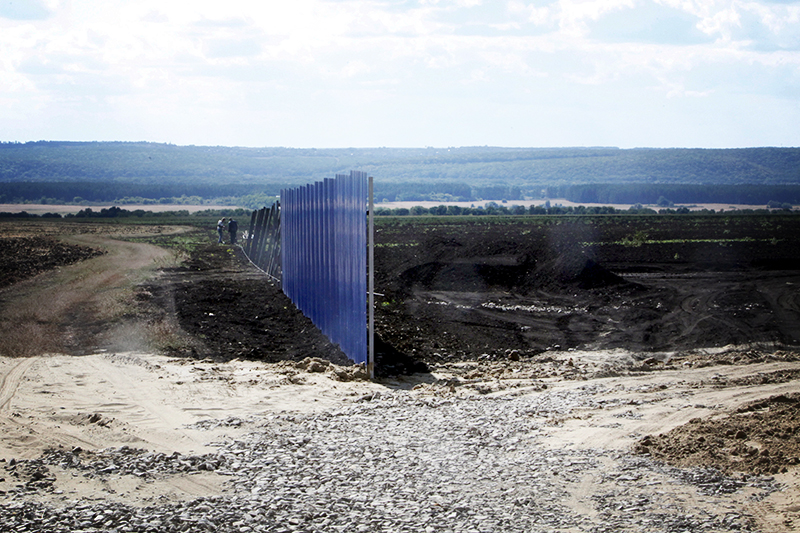 It indeed looked like the beginning of construction of the military object. After approval of the project documentation developed by the contractor, the first phase involved the construction of administrative barracks area:

According to the requirements of the tender documentation, the deadline of these construction and installation works was on December 7, 2015. The general certificate of acceptance has to be signed before April 29, 2016.

Starting from September of 2015, demining activities have been carried out on the land allocated for the construction works, as we learned thanks to sapper Roman Lozhkin (archive) from St. Petersburg. And the construction indeed began close to a railway line, this is confirmed by geolocation of the photos. 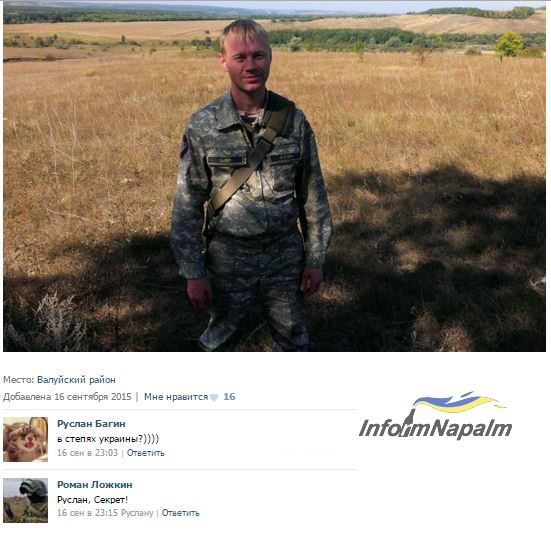 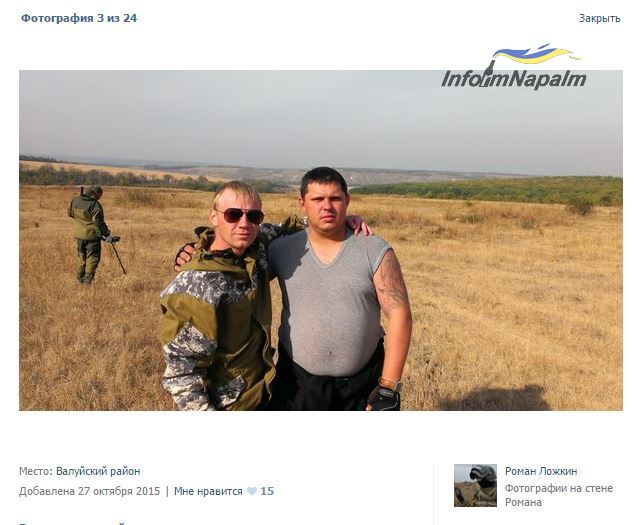 Here we can see the above mentioned fence surrounding the construction site. 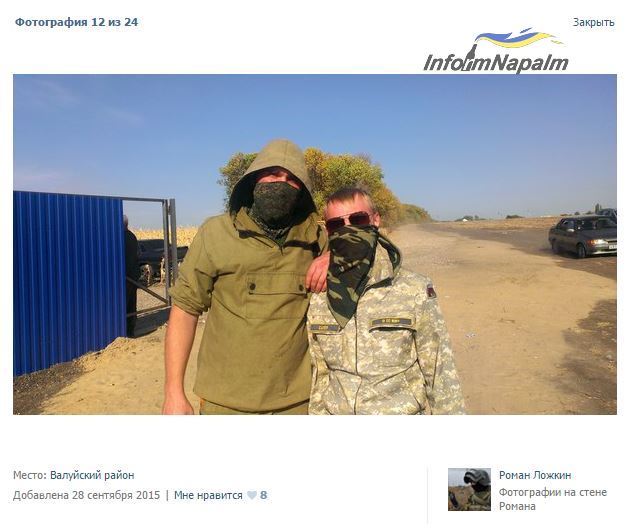 Laying the foundation was finished in the end of October, 2015, as evidenced by the installation of the armature. The photo allegedly shows the contractor’s car with the license plate No. T062MV 178 (St. Petersburg). 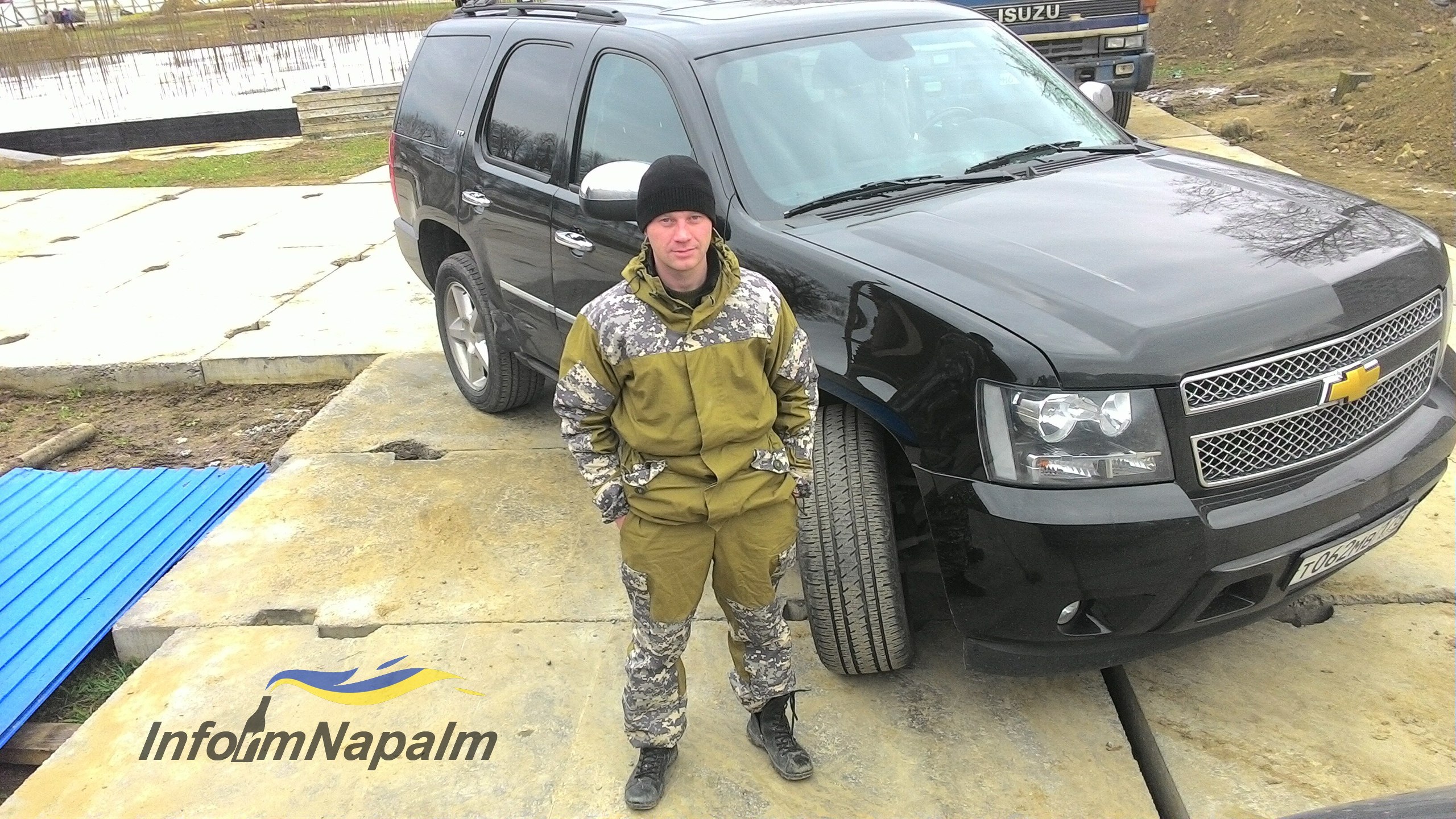 We can say that the contractor is not actually in a hurry with the construction of this object. It might be due to the lack of funding or changes in priority of the Russia’s Ministry of Defense. The shift in attention from the Ukrainian conflict to the Turkish-Syrian one, perhaps, drew aside the plans of the neighboring state’s defense department.

In the meantime, Russian troops live in the fields bordering Ukraine, and are not going to move into new comfortable barracks soon. Deployment of the soldiers from the 23rd brigade (military unit No. 65349, Kryazh, Samara Oblast) to Valuyki at the end of 2015 and beginning of 2016 confirm this assumption. In particular, you can refer to the data from personal blogs of the Russian troops from the 23rd brigade Yury Emelyanov (archive of profile, contacts, album) and Evgeny Cheremisina (archive of Instagram-profile).

Here you can see a picture with geotag ‘Valuyki’ and the photo of a ‘discharge tag’ of the unit No. 65349. 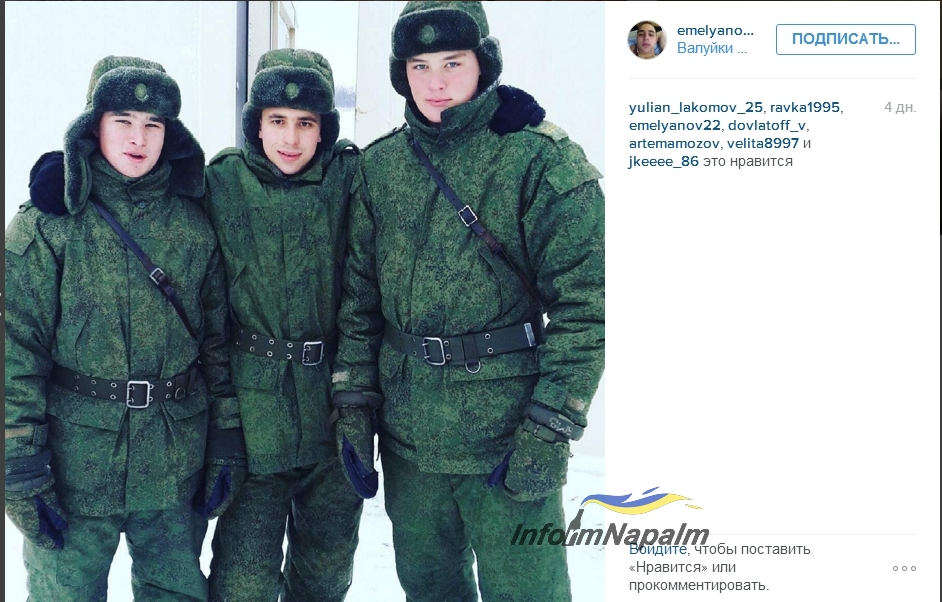 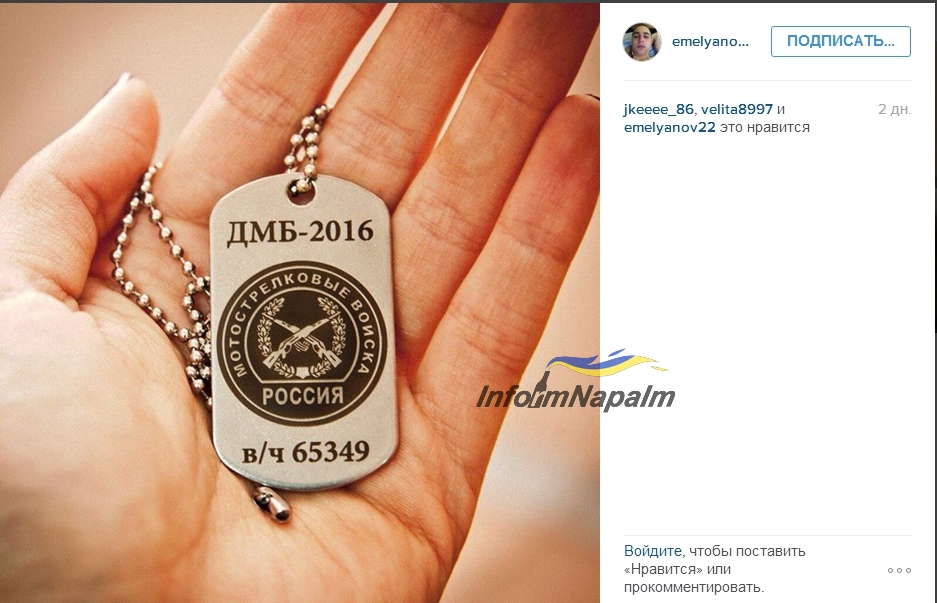 More detailed information can be found in Cheremisin’s blog. For example, we found there a photo of the Ukrainian cigarettes with ‘Valuyki’ geotag and photos (1, 2, 3, 4) from the New Year celebration in the same town. 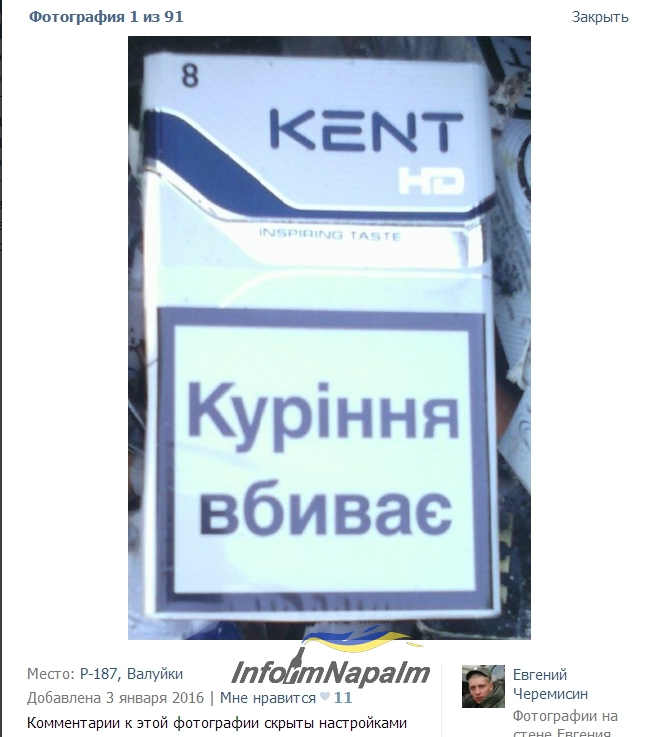 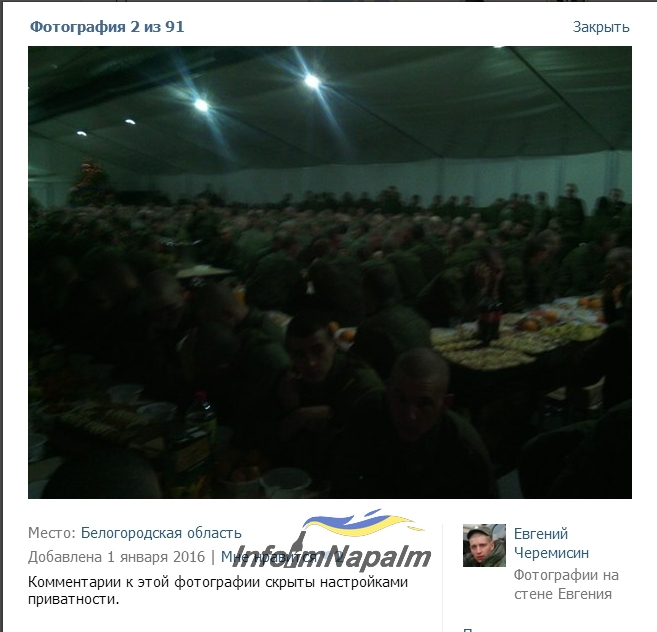 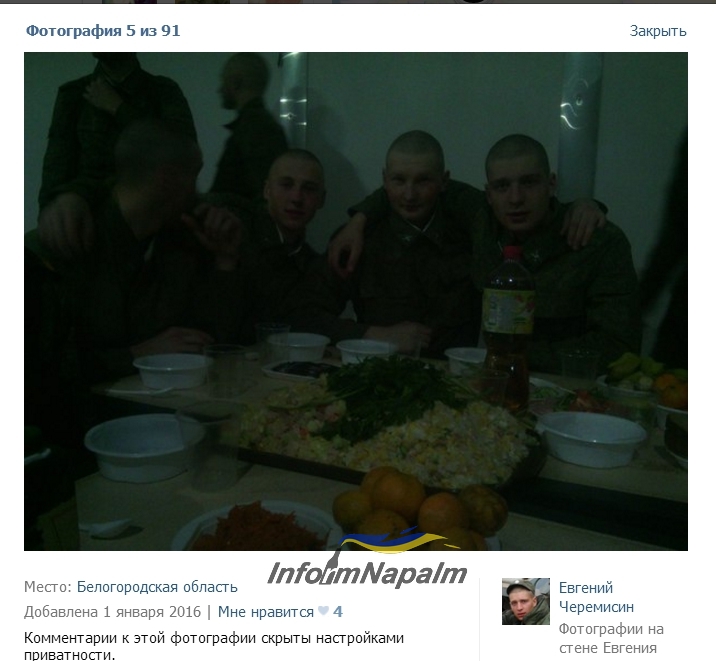 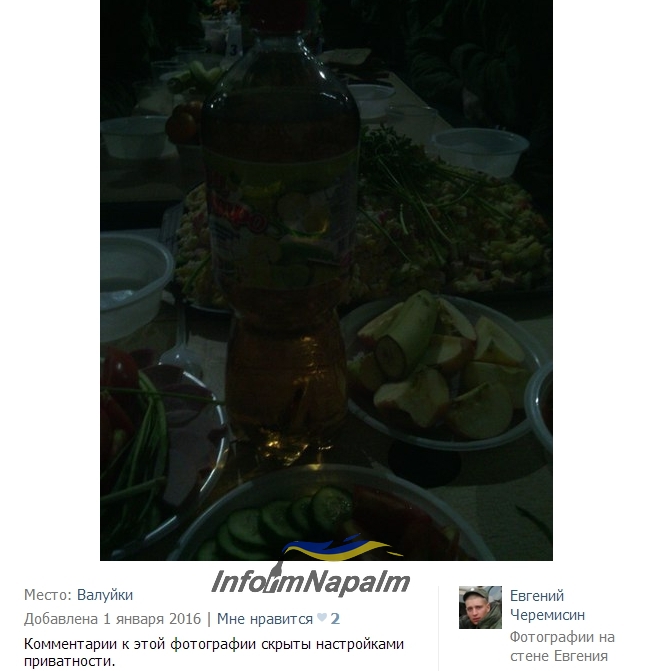 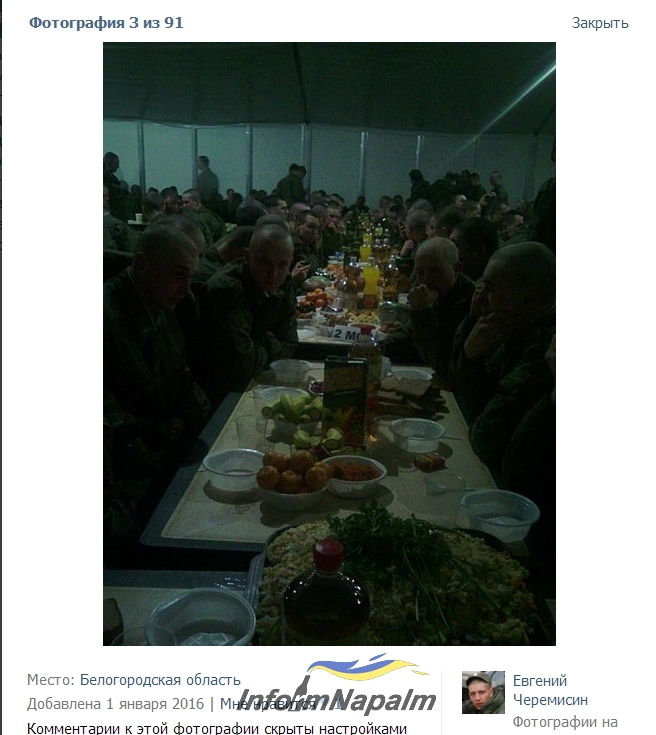 It is important to emphasize that the military personnel from Samara is now quartered in Novokazatskoe settlement (suburbs of Valuyki) since it is not yet possible to live in the territory of the construction site. 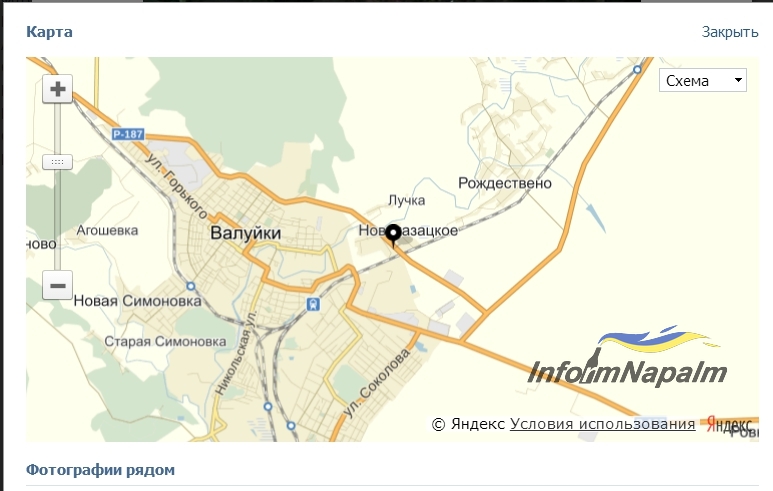 The fact that Cheremsin is a soldier of the 23rd brigade is also justified with the photo taken in Volzhsky raion (Samara Oblast), a picture of a banner with the military unit’s name and the picture of the brigade’s logo. 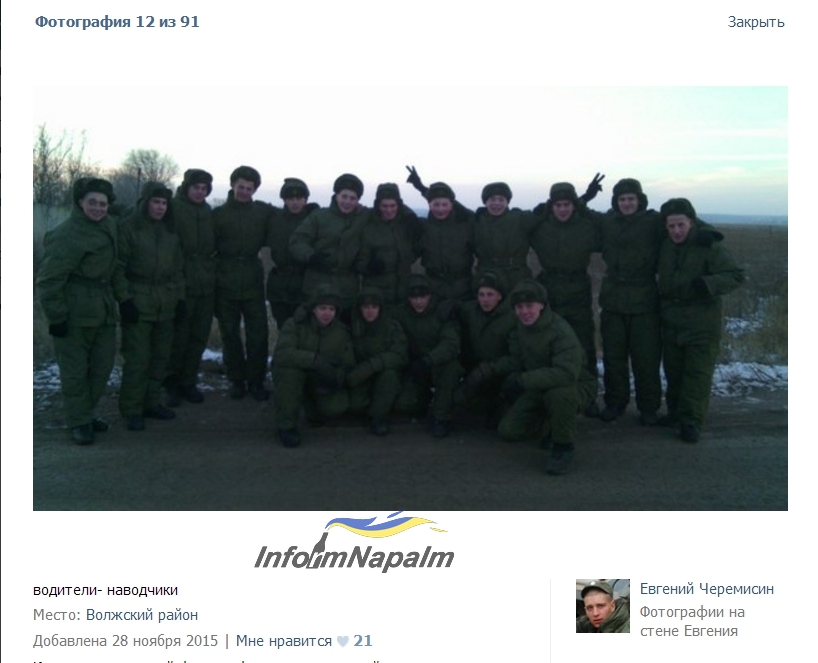 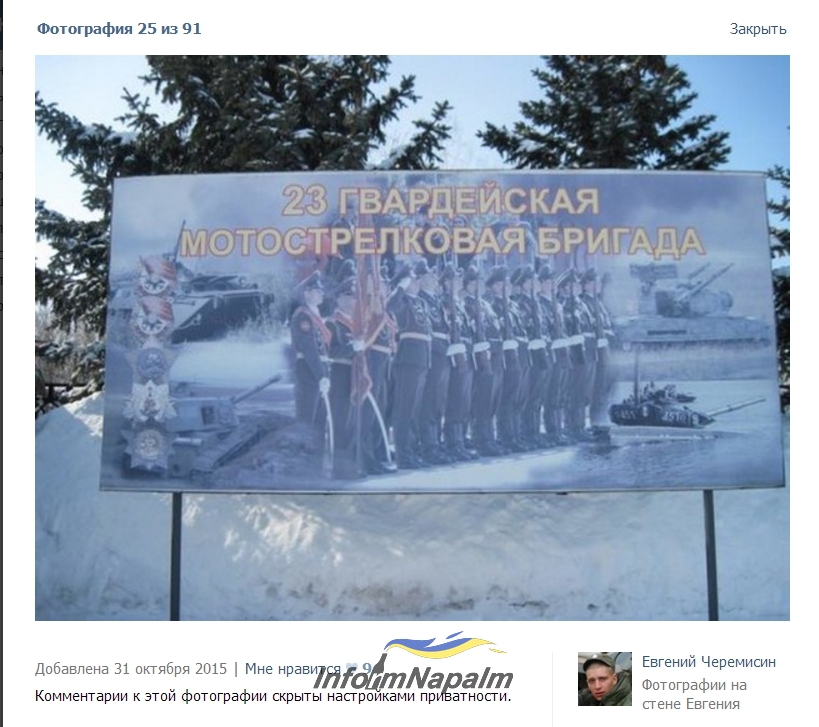 Thus, it may happen that the servicemen of the 23rd brigade will become the basis of the new ‘Valuyki’ military base: the deployment of these forces fully matched the strategy expand the Russian military presence at the Ukrainian border. In our turn, we will continue monitoring both the construction progress and movements of the Russian forces along the border with Ukraine.

The similar situation with deployment of the soldiers from Samara to Belgorod Oblast was registered by InformNapalm team in the beginning of 2015 (in Russian):

The presence of the Russian occupants from the military unit No. 65349 in the ranks of battalion tactical groups ‘on the Ukrainian assignments’ have already been documented by our volunteers: