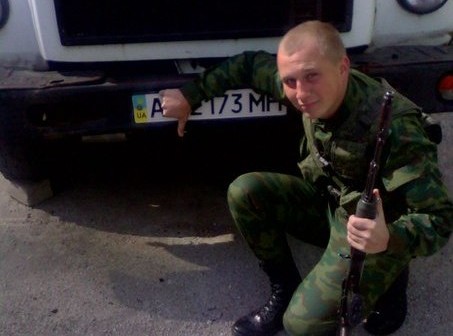 Based on our own investigations we can assume that the Russian command uses the battalion and company tactical groups in the undeclared war against Ukraine. These groups are based at the Ukrainian border and are used to enforce the DNR/LNR’s illegal armed formations in critical moments.

Mainly these are the servicemen of the Southern Military District, but soldiers from other districts can be met as well. The Russian soldiers also play role of the coordinators, counselors, and officers who provide the coordination and communication with the regular army of Russia. The Russian contract privates and sergeants occupy the positions of instructors, specialists and junior command personnel (rocket and tubed artillery crew commanders, communication crews, scouts, electronic suppression, snipers, etc).

Among the other previously disclosed military units of the Southern Military District which act as the parts of the DNR/LNR armed formations (‘Somali‘,’People’s Militia‘, etc) we can list the following ones:

The most of the illegal armed formations’ equipment is transferred from Russia and is not a ‘war trophy’. It is mainly the outdated weaponry and equipment which is sent to ‘Novorossiya’ instead of being sent to the storage bases after the Russian military units rearming. This includes the infantry fighting vehicles (BMP-1 and BMP-2), armored personnel carriers (BTR-80), auxiliary armored tracked vehicles (MT-LB), BM-21 rocket launchers, 2S1 ‘Gvozdika’ mortars, and so on – this has been mentioned a lot of times in our OSINT investigations. Besides using the old weaponry, Russia also conducts the testing of the latest equipment units in Donbas (electronic suppression, small arms).

The new article by InformNapalm presents another undeniable evidence that the 23rd motorized rifle brigade (military unit No. 65349, Samara, Central Military District) provides Novorossiya’s militants with its military equipment and that the contract servicemen of this brigade fight in the ‘Viking’ armed formation.

In result of the Russian mercenary Eduard Miroshnikov profile investigation (archive) we identified the BTR-80 vehicles with the tactical signs of the 23rd brigade: red square with three dots and the hull numbers written with red paint. 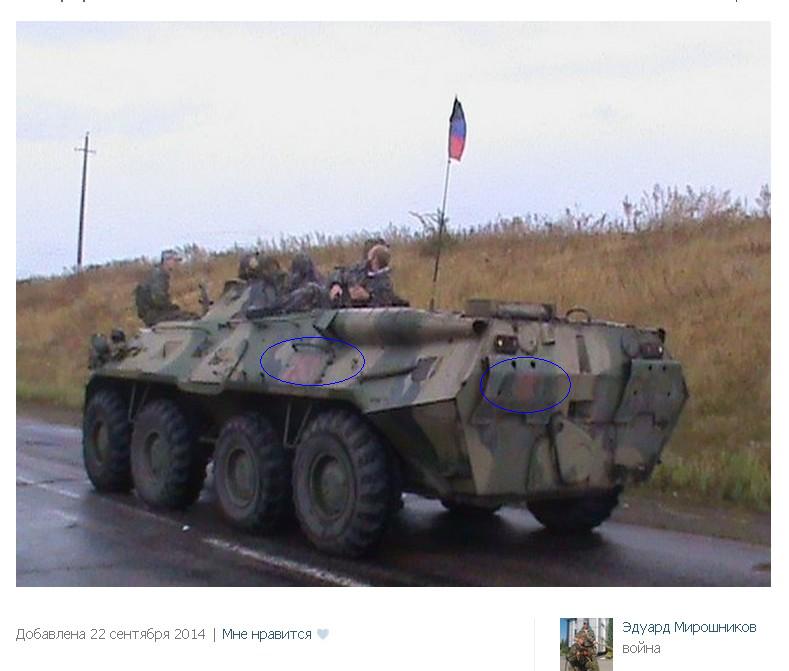 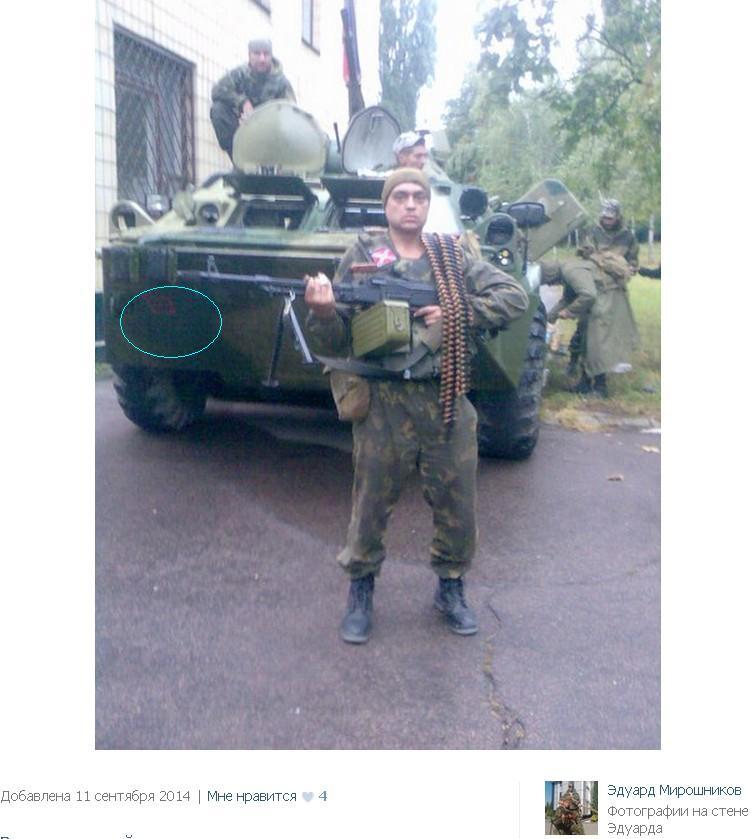 A career serviceman Aleksandr Grats (VK profile, archive) is one of the contacts from Miroshnikov friend list. He serves in a recon unit of the 23rd brigade. Despite the lack of the information in Grats’s profile that links him with the 23rd brigade we still can find it after a short investigation. For example, Grats was ‘flexing his muscles near Orenburg [Russia]’ in August, 2014 (a comment on the profile wall, archive).  And he was on training in Samara [Russia] in September, 2014, which was confirmed by similar photo proofs of his comrades-in-arms Timur Asevov and Vadim Nasyrov (we will talk about him later). 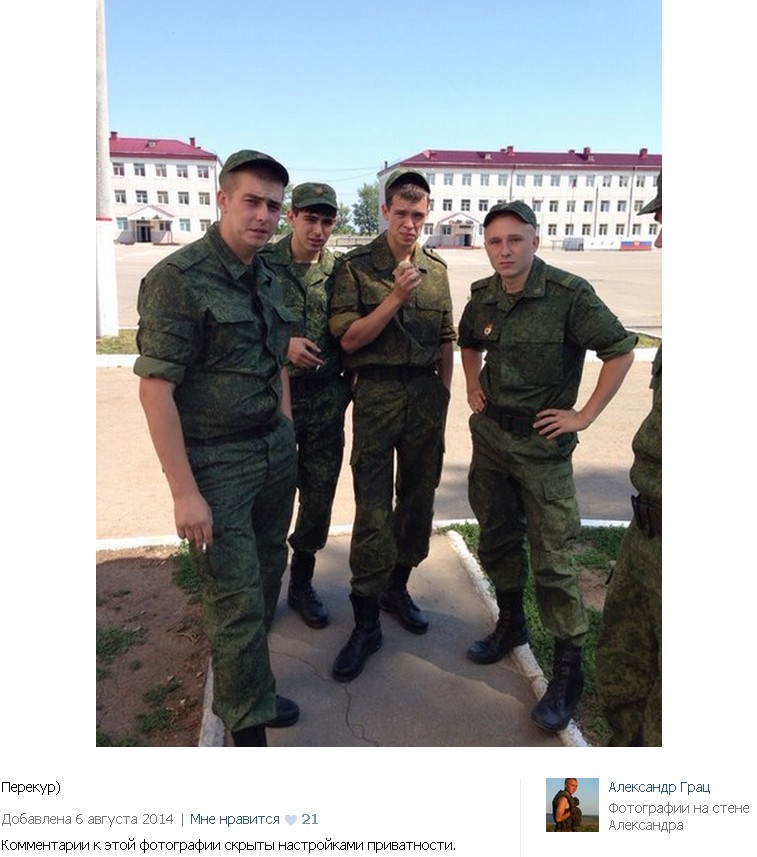 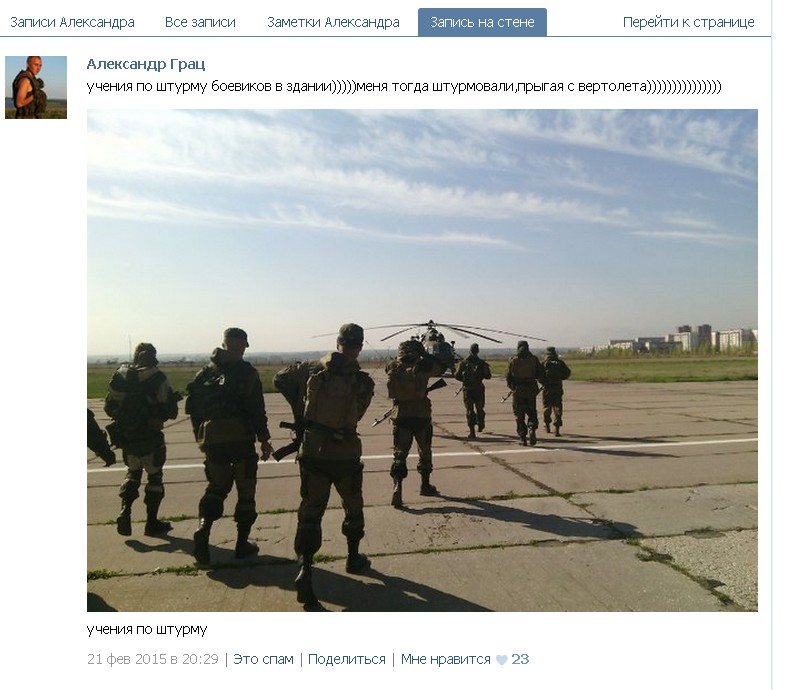 In the end of September, 2014, Grats was moved to Donbas (proved by the provided photos). At this moment Aleksandr fights in the ‘Viking’ battalion (seen at 09:28-10:00 in the video ‘Viking battalion holds the southern borders of DNR‘ from July 18, 2015). Taking into account Grats’s radio communication knowledge and relation to reconnaissance, we assume that he, most likely, takes part in the interactions between the militants and the Russian military units. 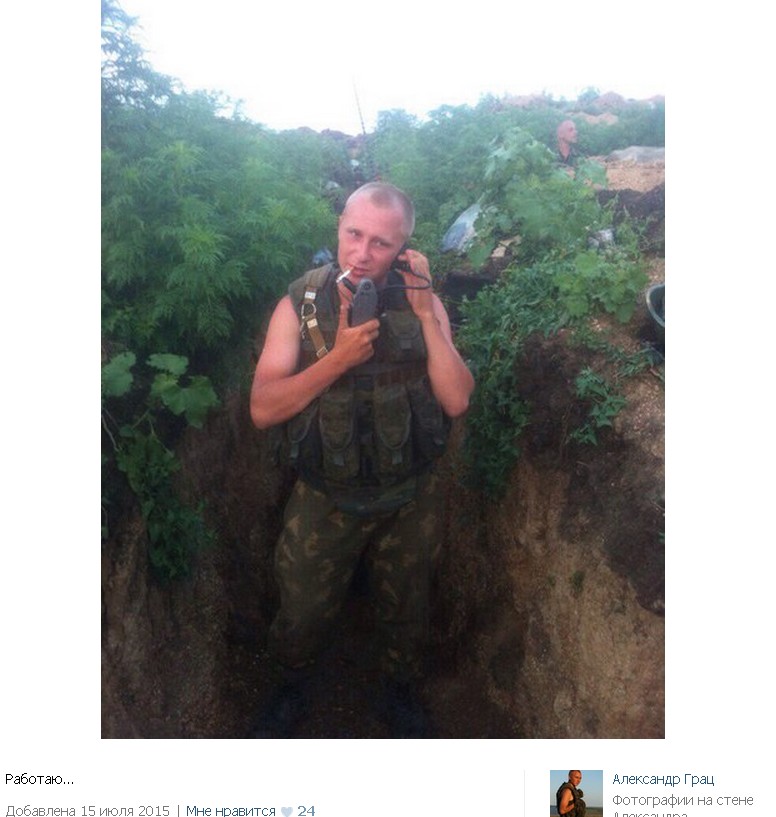 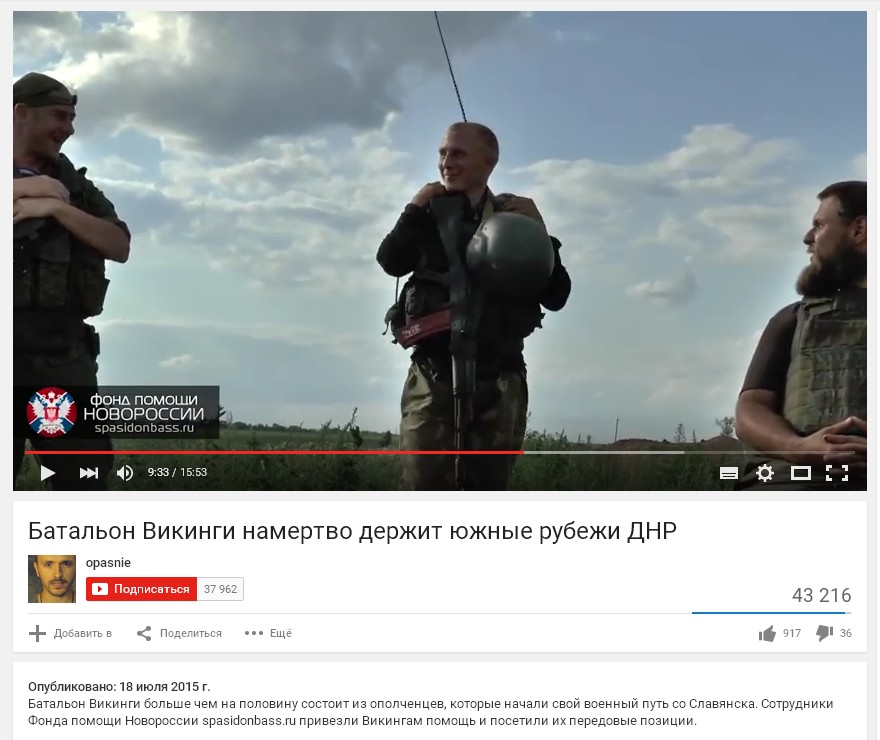 Notes: The ‘Viking’ battalion for a long time was based in the Telmanove area, where Dnepr-1 scouts found a whole military camp of the Russian-terrorists forces. The pictures of the combat training of this formation (including the tactic signs mentioned above) can be found in the photo albums of a ‘military reporter’ Dubovy.

Let’s return to Grats’s comrade Vadim Nasyrov (VK profile, archive) who also took part in the training in Samara in 2014. In the photos uploaded on August 31, 2014, we can see the BTR-80 vehicles of the 23rd brigade which were moved to Donbas and transferred to the militants. The Russian serviceman also boasted with the pictures of his winter assignment to Donbas. 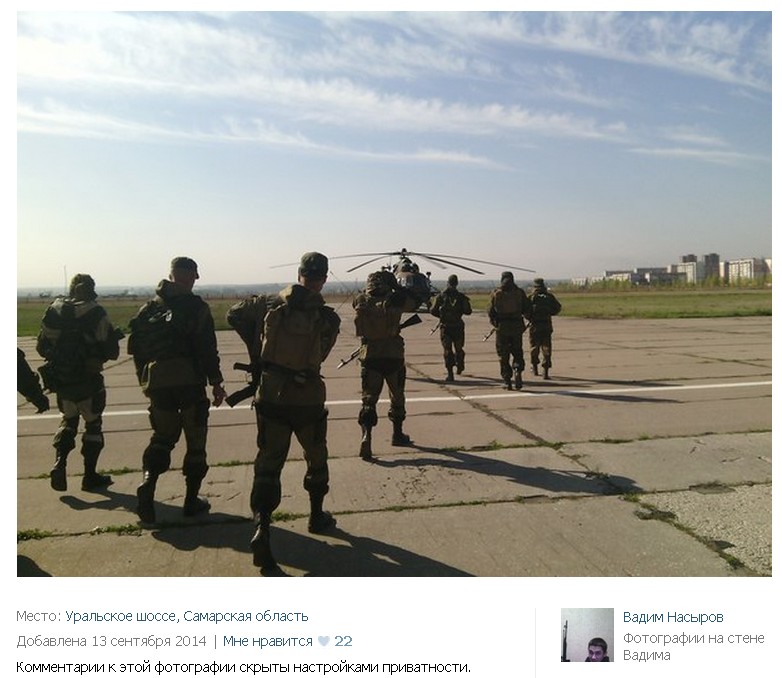 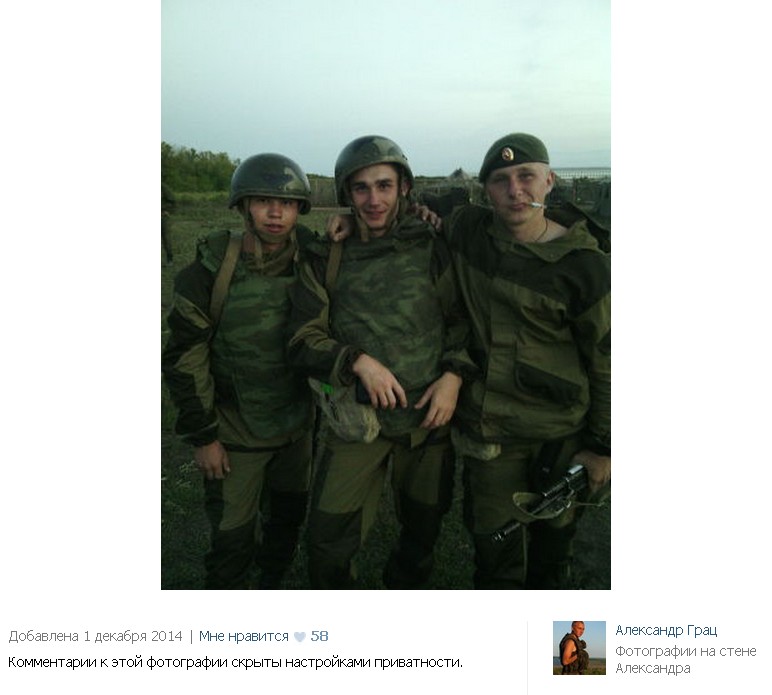 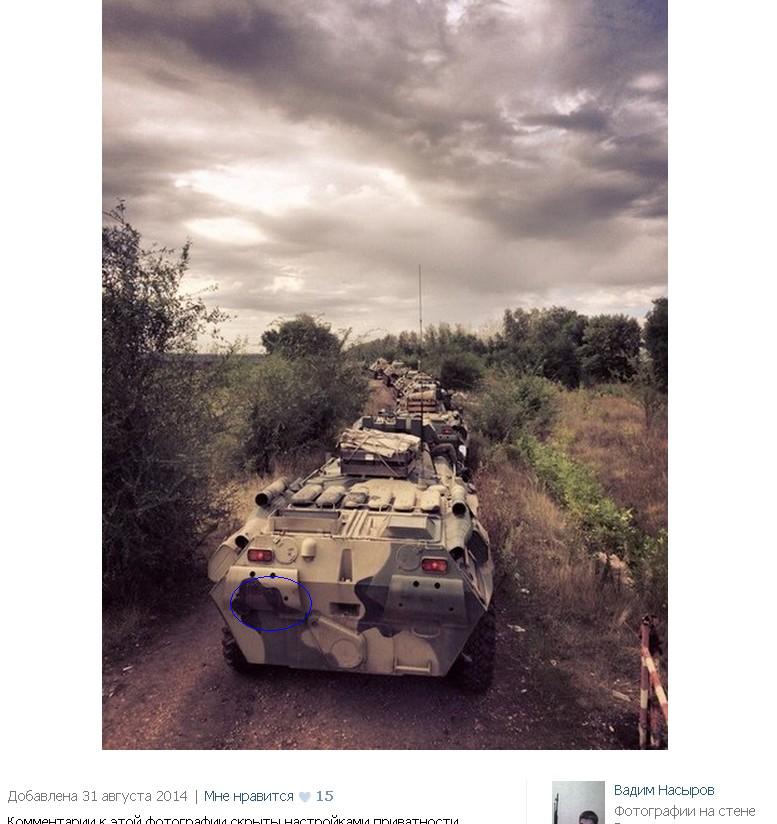 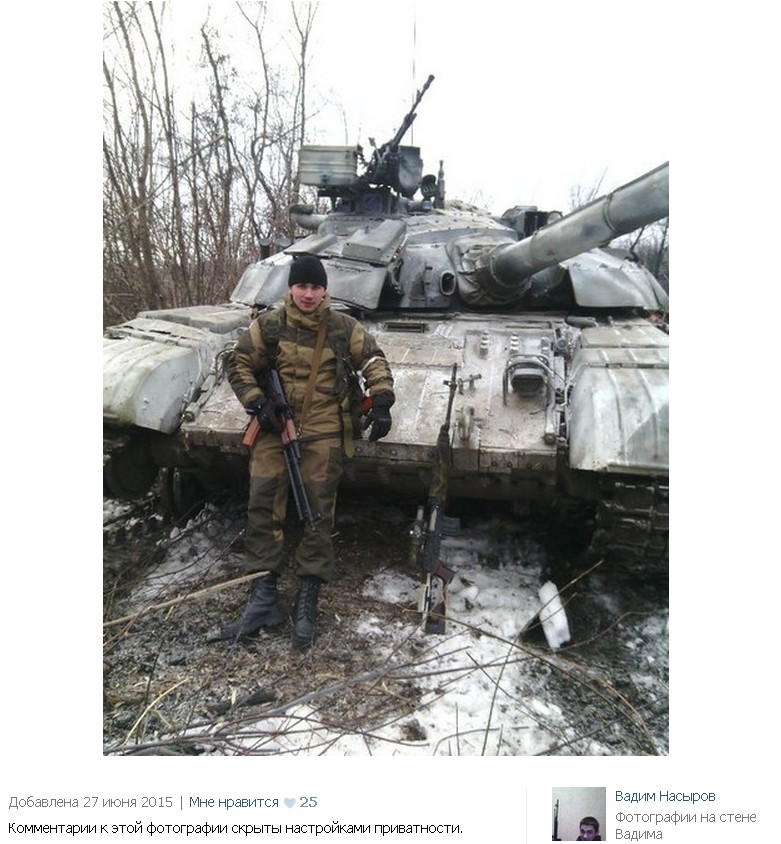 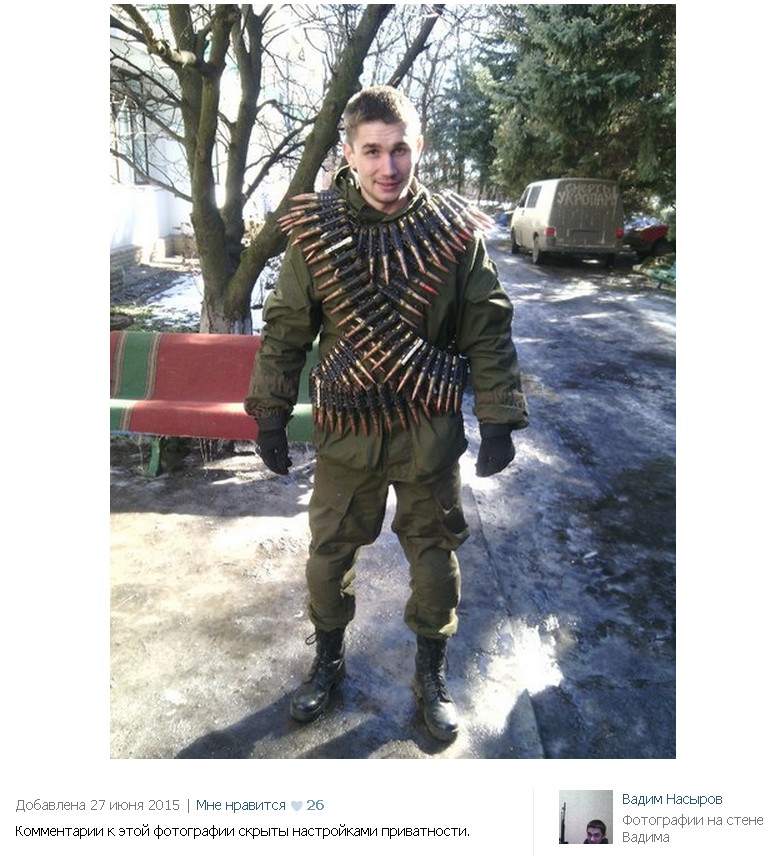 This way we can assume that the BTR-80 units (withdrawn from the operational use and replaced by BTR-82) were not moved to the storage bases, but were transferred to Donbas by the Russian servicemen on ‘Ukrainian assignments’.

Note: according to our information, the tactical battalion group of the 23rd brigade was noticed in Oktyabrsky raion of Rostov Oblast a year ago. And it had the BTR-82 vehicles (check out ‘The Southern assignment of the 23 brigade‘, in Russian).

P.S. The topic about the BTR-80 transferring is still actual no matter it is dated a year ago. For example the ‘LNR forces advance on the Ukrainian positions‘ video (uploaded on August 11, 2015) shows the rear side of an armed transporter with the inscription ‘LNR’ over the red tactical sign of the 23rd brigade (00:52 and 04:40). 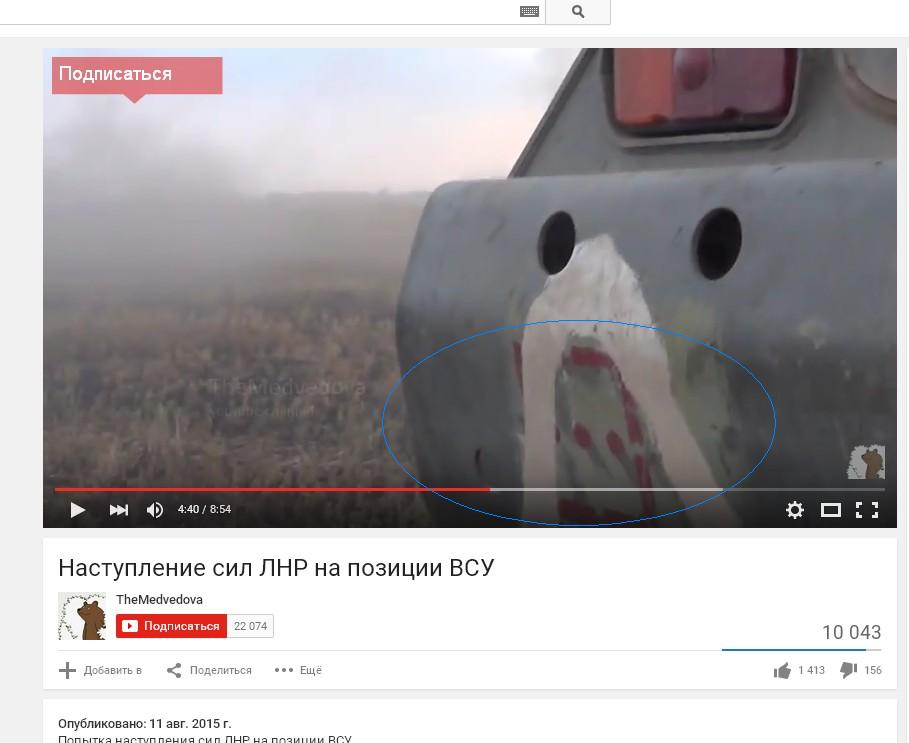 The 23rd brigade from Samara has been mentioned in our articles regarding the ‘Ukrainian assignments’ for several times already. Numerous photo proofs of its servicemen presence in Donbas were acquired: