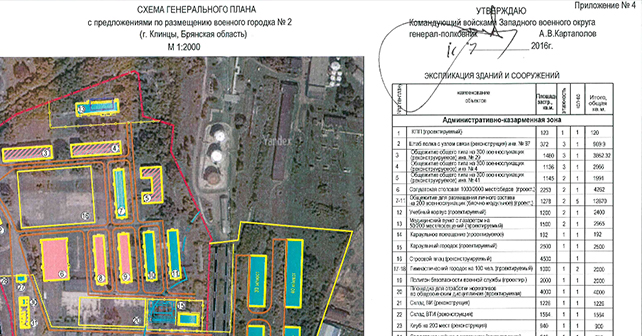 A master plan of construction of the military facility in Klintsy (Bryansk Oblast, Russia), approved by the commander of the Western Military District Colonel General Andrei Kartapolov and cleared with the acting commander of the 20th Guards Army (logistics deputy), Major General Igor Krasin, appeared in open access.

The detailed construction plan was found by the InformNapalm experts during open source intelligence (OSINT) investigation on the website of the Russian Federal Agency for Special Construction. Let us remind you that the military facilities being built in Klintsy are equidistant (about 45 km) from the Russian border with the Chernihiv Oblast, Ukraine, and the border with Belarus, and are in an area with elevated levels of radiation after the Chernobyl accident. Read more in the investigation by InformNapalm.

The Spetsstroy website regularly publishes photographs about the pace of construction of military camps, including in the border regions – Belgorod, Voronezh and Rostov Oblasts. 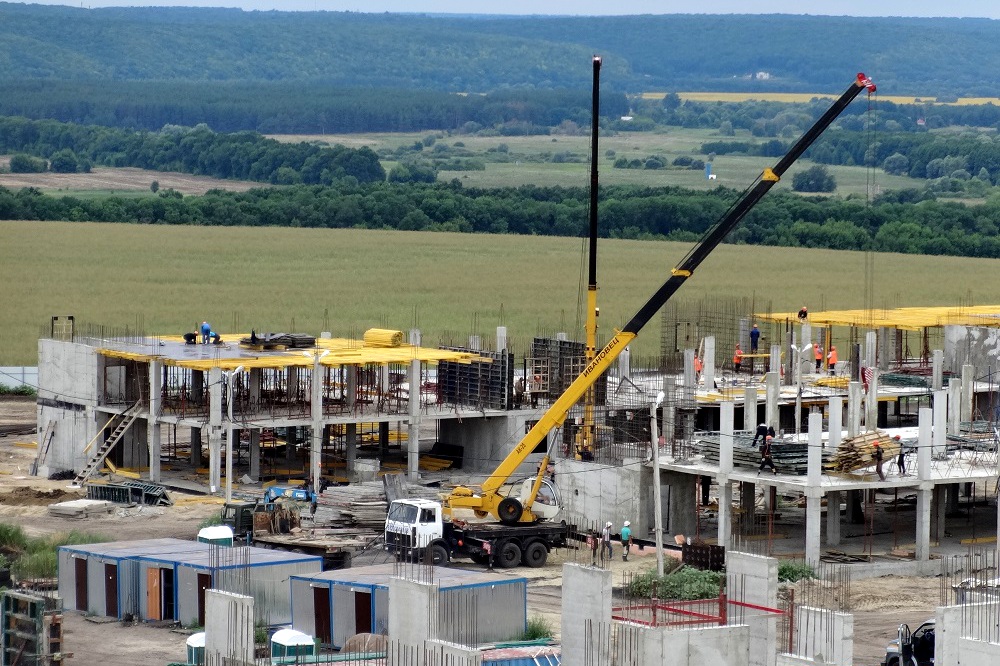 Photo: Spetsstroy. The construction of a military camp in Belgorod Oblast

As we noted earlier, a construction of a military camp in Bryansk Oblast, 45 km from the border with Ukraine and Belarus, was planned back in winter, when inspectors from the Ministry of Defense visited Klintsy. The purpose of the visit was reaching of the agreement to open two military facilities. Similar to Valuyki, the first military units were transferred to Klintsy before personnel accommodations were built: for example, the servicemen of the 28th Mechanized Infantry Brigade from Yekaterinburg arrived there at the end of May 2016. However, the trains transferred not only the 28th Mechanized Brigade. 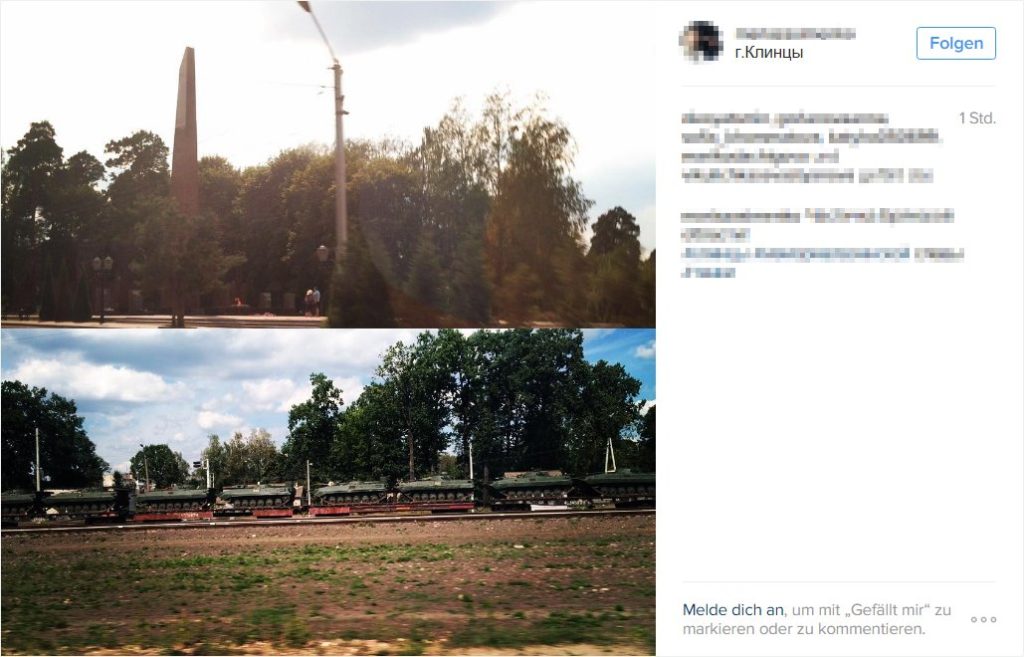 While soldiers of the military unit #65349 were settling in the new place, in tents on the west side of the town, construction work was taking place in the territory of the old military camp, the fact has become known, once more, through the Spetsstroy website.

On June 20, 2016, information was posted on the official procurement website about a tender for a full range of works of the 1st phase and survey and design work of the 2nd phase of Construction and remodeling of a military camp number 2 in Klintsy, Bryansk Oblast, Procurement number 31603797013. The limit for construction cost was set at 909,197,888.00 rubles. On 06/28/2016 in the purchases log, a record was made about transfer of the tender into the completion stage. Apparently, no auction took place because there was no information on the website about a winner or a contract. But this is of no interest for us. The interesting part is the master plan of the military camp, approved by the Commander of the Western Military District Colonel General Andrei Kartapolov and cleared with the acting commander of the 20th Guards Army Major General Igor Krasin. This plan provides preliminary information on the number of personnel planned to be housed in the facility, as well as the amount of weapons and military equipment that will also be present here. 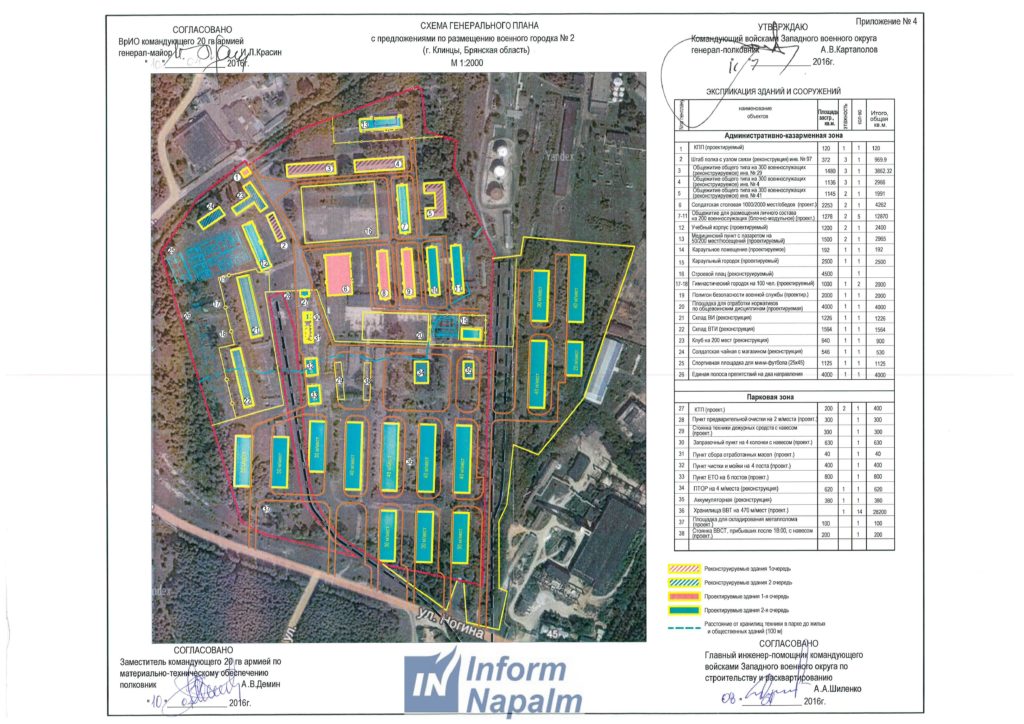 Comparing the information from the construction plan with the satellite map, we conclude that the following work is planned in the territory of the military camp:

– remodeling of three old buildings to convert them into personnel barracks and construction of a new modular building, with a total capacity of 1,900 personnel;

– construction of the classrooms and cafeteria, renovation of the headquarters building;

– construction of a base for military vehicles and equipment, for 470 pieces;

The number of personnel does not seem so great, but this is not the only place in Klintsy where soldiers from Yekaterinburg will be placed – this is implied by the name “Military base #2”. Besides, InformNapalm has recently reported about the arrival of units of the 28th Mechanized Infantry Brigade in Yelnya, Smolensk Oblast. According to the official plans, a Mechanized Infantry Division, presumably numbering up to 10,000 personnel, will be stationed in Yelnya by the middle of 2017. The division will include three mechanized infantry regiments, a tank regiment, a self-propelled artillery regiment, an anti-aircraft missile regiment, and support units. Indeed, Yelnya will be able to accommodate the sufficient number of troops. The new garrison will be located in the Kutuzovskiy district.

It should be noted that the living arrangement of the personnel is at a low level of comfort so far. Only tents have been erected using conscripts’ labor. 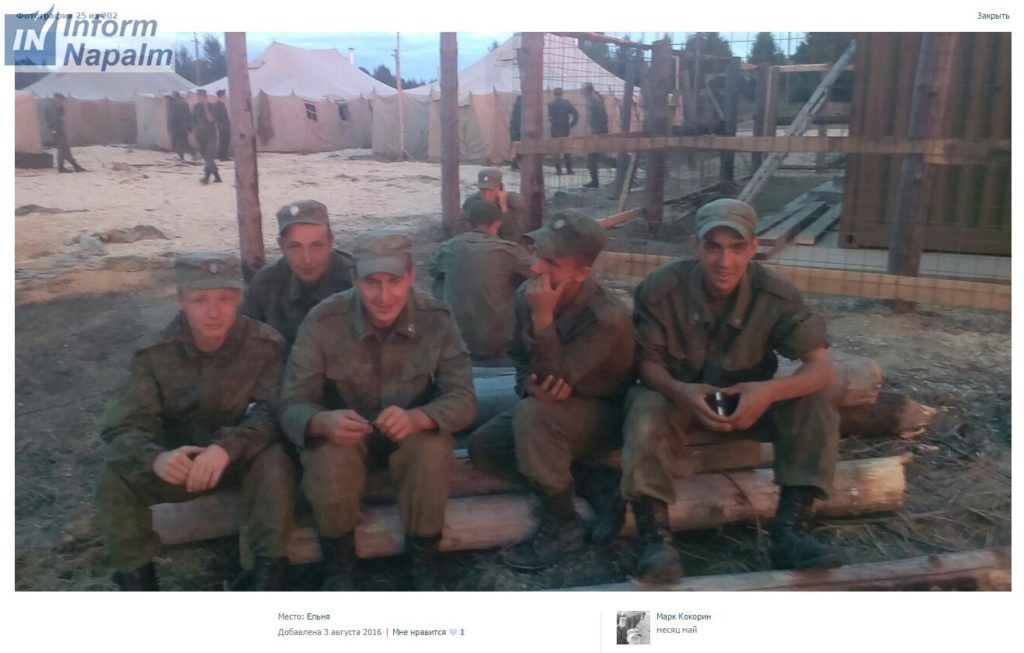 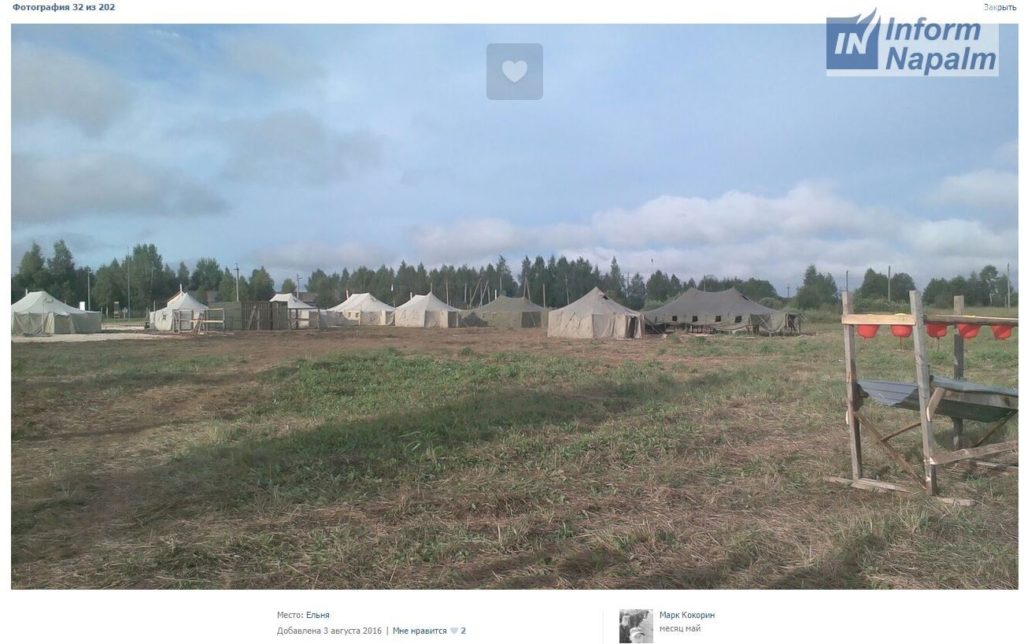 Based on the collected data, we can say that the Ministry of Defense spending on facilities in the military camps in Bryansk and Smolensk Oblasts will cost Russian taxpayer an enormous amount of money. A completion of just the first phase of construction in Valuyki cost 3.3 billion rubles.

At the same time, the words of Dmitry Medvedev to Crimean retirees: “There’s no money, but you hold on…” remind us that neither education, nor social services for the citizens are of no interest to the Russian leadership. The main purpose is threatening Ukraine and Western Europe with an armored fist, while embezzling funds during construction of the military bases.

The material is prepared Victory Krm