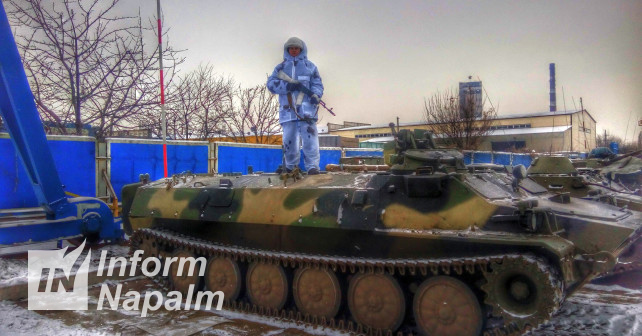 There is a military base arranged by the Russian invaders where different Russian military equipment and a lot of ammunition is placed. It is located in the industrial zone of the Iuvileine settlement (suburb of Luhansk). The InformNapalm international volunteer community has received this information about the military base conducting the open source intelligence (OSINT).

Photo uploaded on the 11th of January 2016 showing the military equipment of the Russian occupation forces in the territory of the former ‘UHMK-Alchevsk” LLC in the Iuvileine village was found during the monitoring of the social networks. 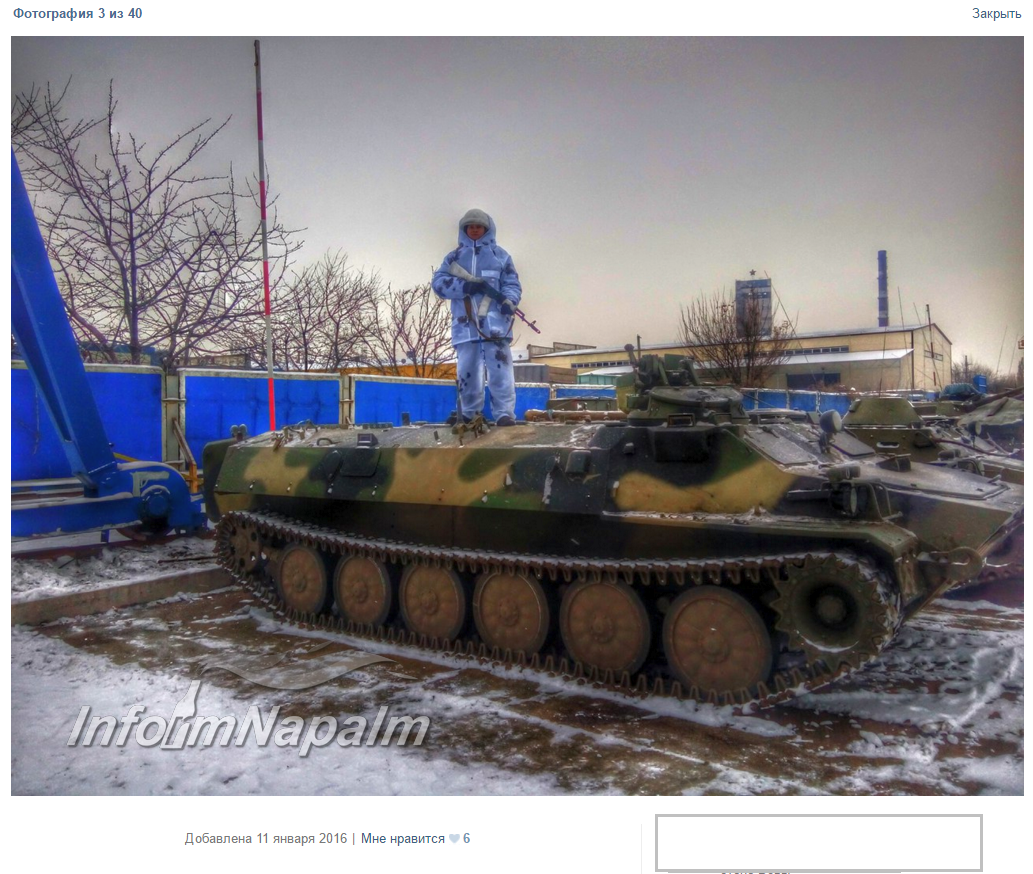 Performing research of the terrorists’ relations in the social networks, the similar summery photo was found but it had been made near another gantry crane present in the same territory. 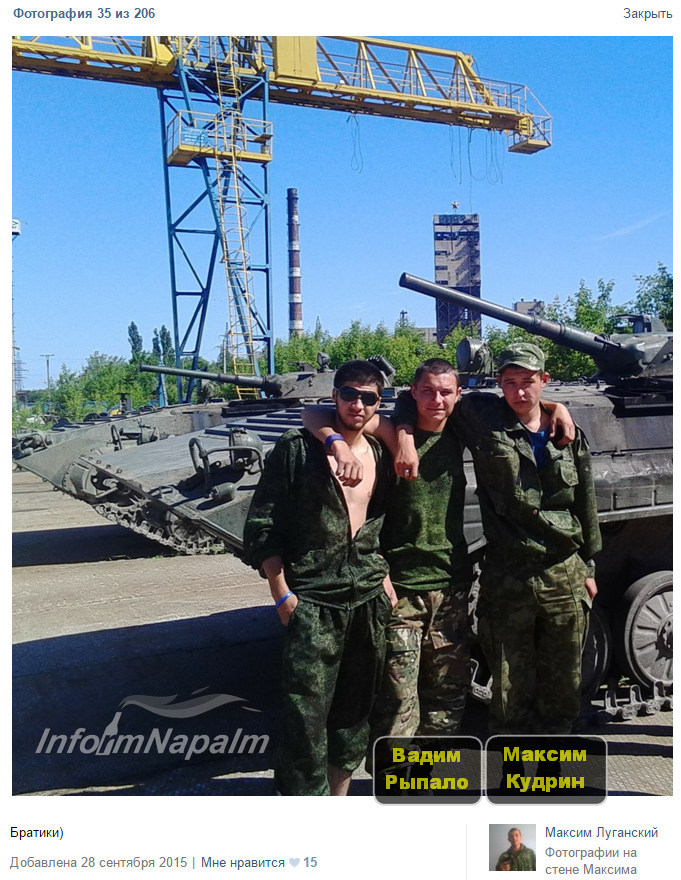 The picture shows the local terrorists from Luhansk – Rypalo Vadim Sergeevich and Kudrin Maksim who have families and friends in the near-front towns such as Shchastya and Stanytsia Luhanska.

Both photos are imposed on the map and marked by the ‘1’ and ‘2’ digits in the places where filming was made. 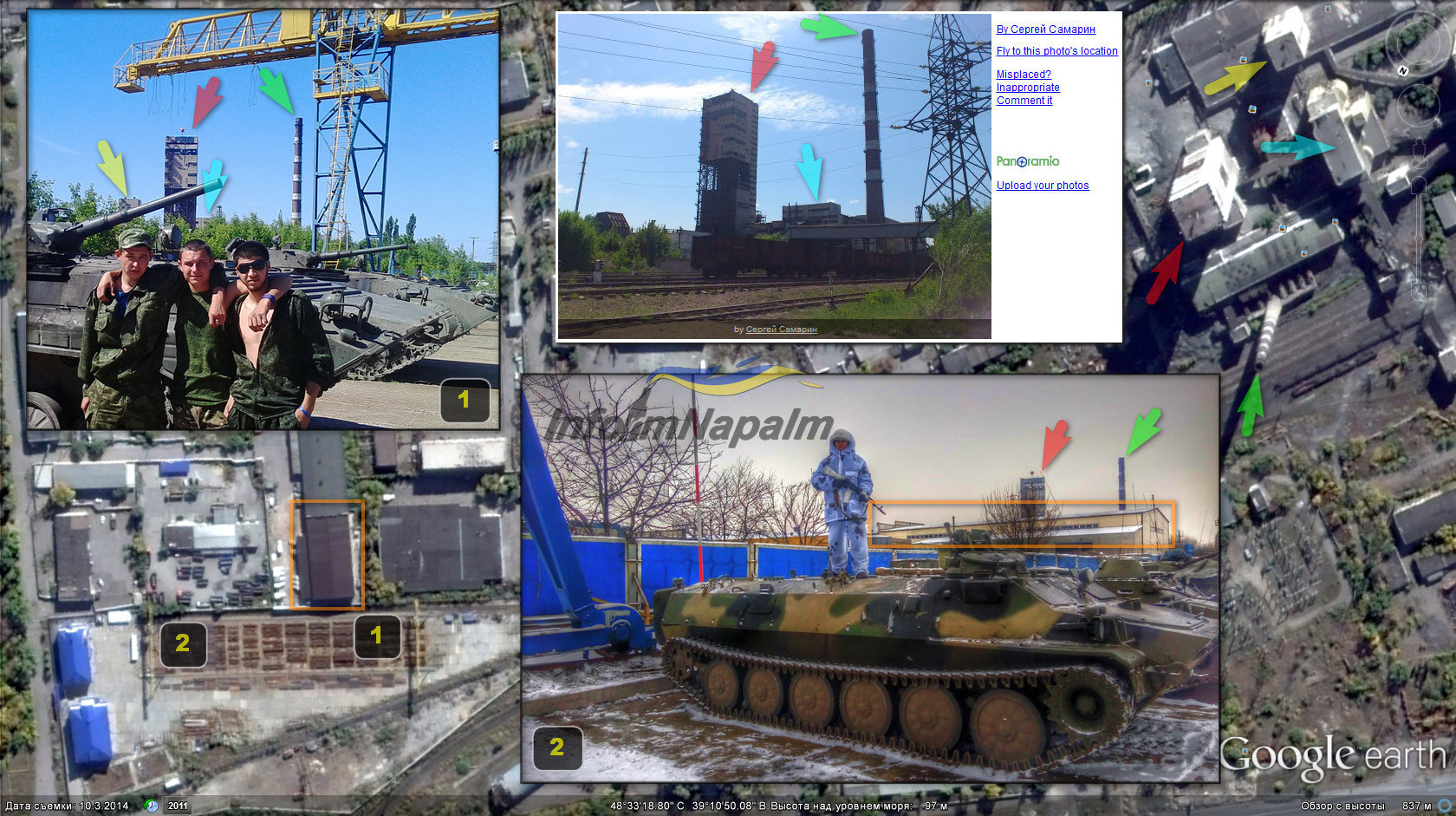 Comparing photos on the Google.Maps and on the Yandex.Maps it was found that various military equipment was also located in the neighboring areas. 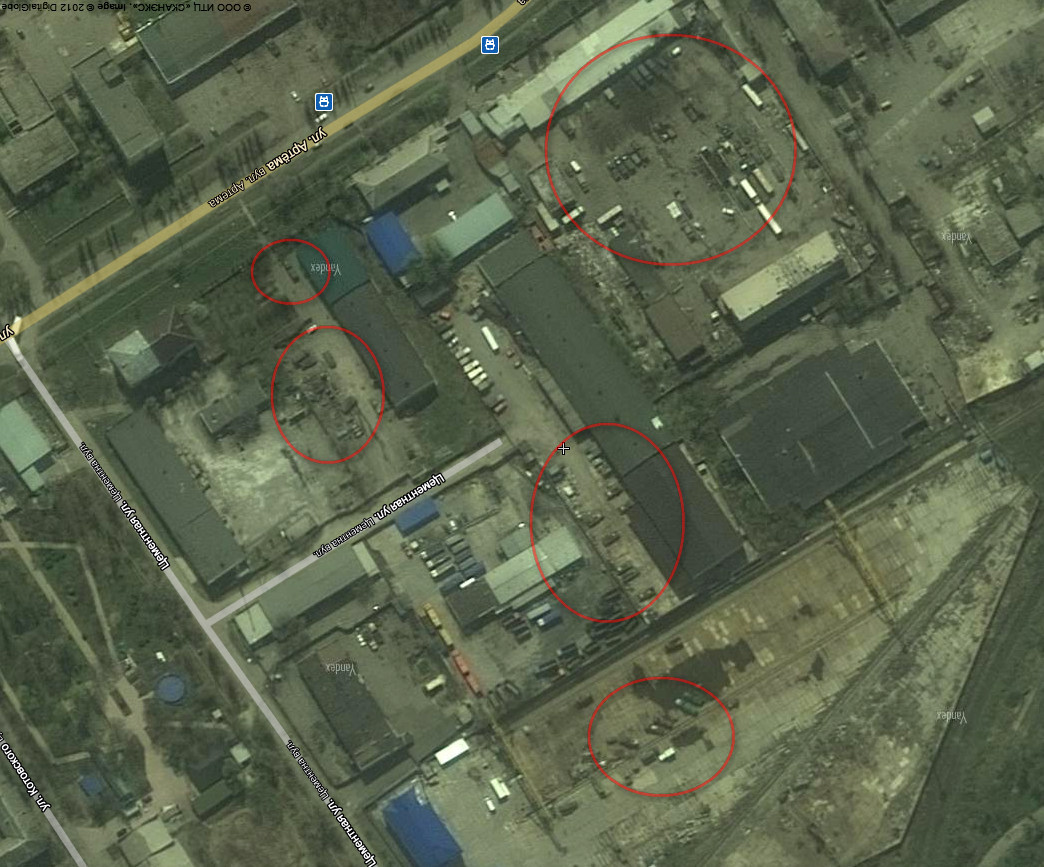 It is possible to compare the satellite snapshot of this area with the archival snapshot as of 3rd of July 2015 which had been made by the ‘Armia SOS’ drone and provided by Yurii Kasyanov.

The damaged building’s roof, which will be discussed further, is marked with the green arrow. 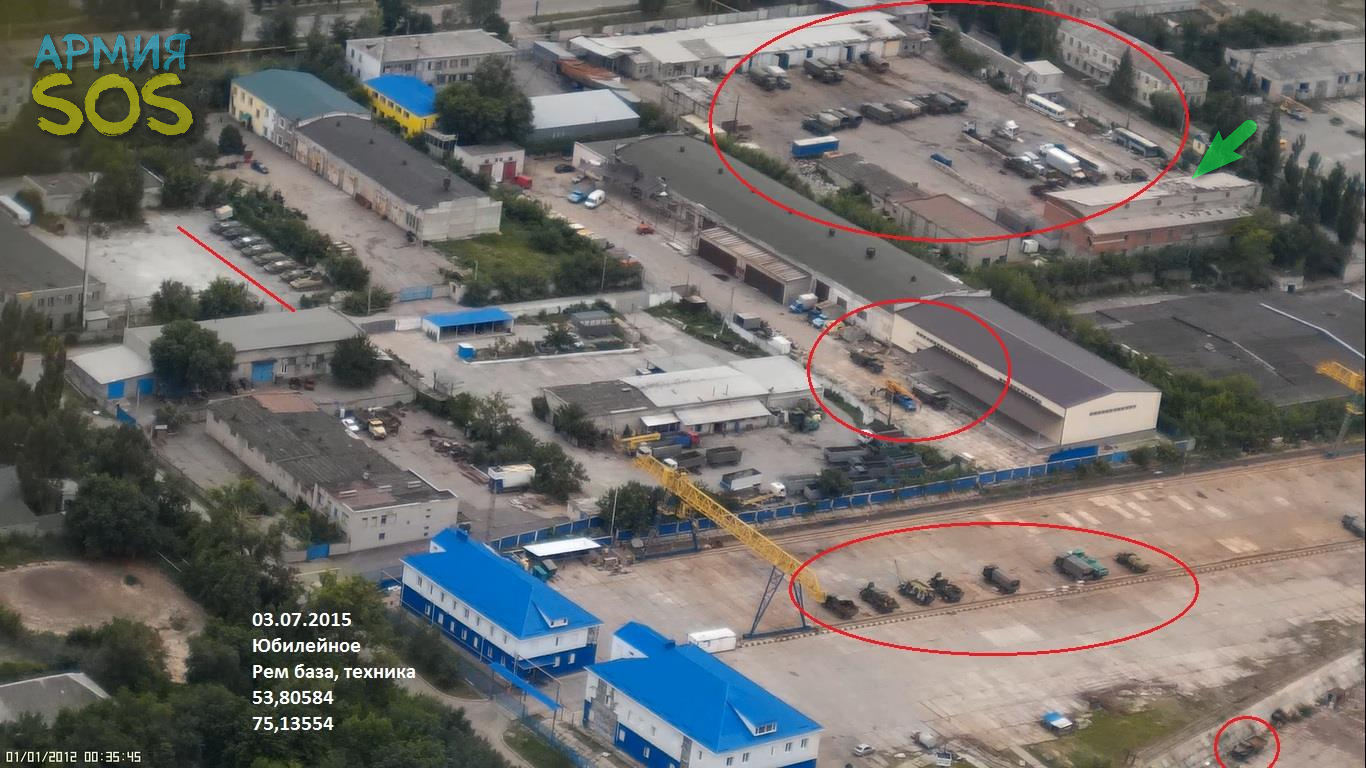 In addition, the summery photos (1, 2) of the lodgments, which were fully filled with the ammunition, were found in the profiles of two other local terrorists – Ilin Andrej Anatolevich and Bugaev Nikolaj Nikolaevich. 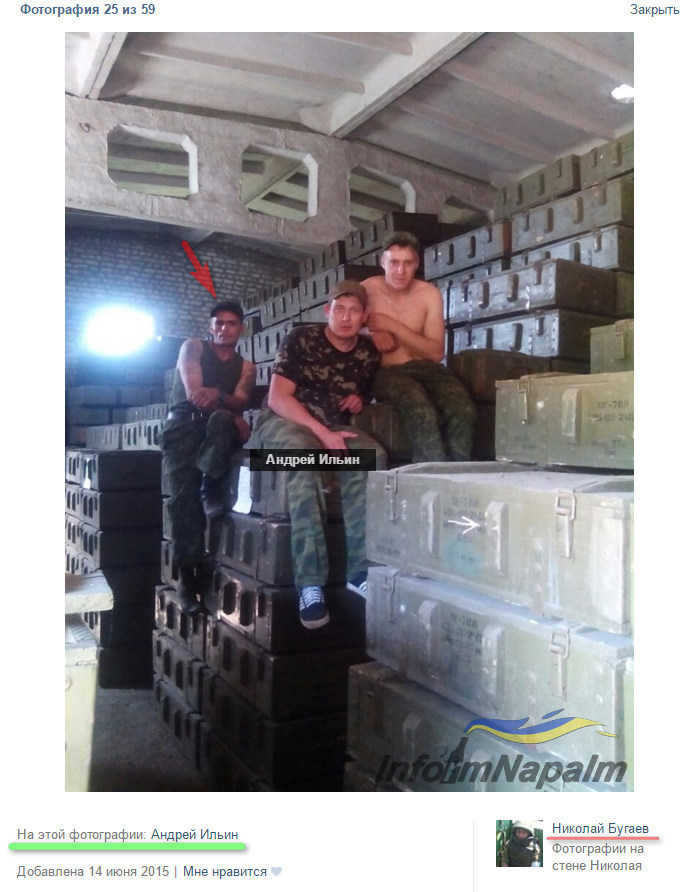 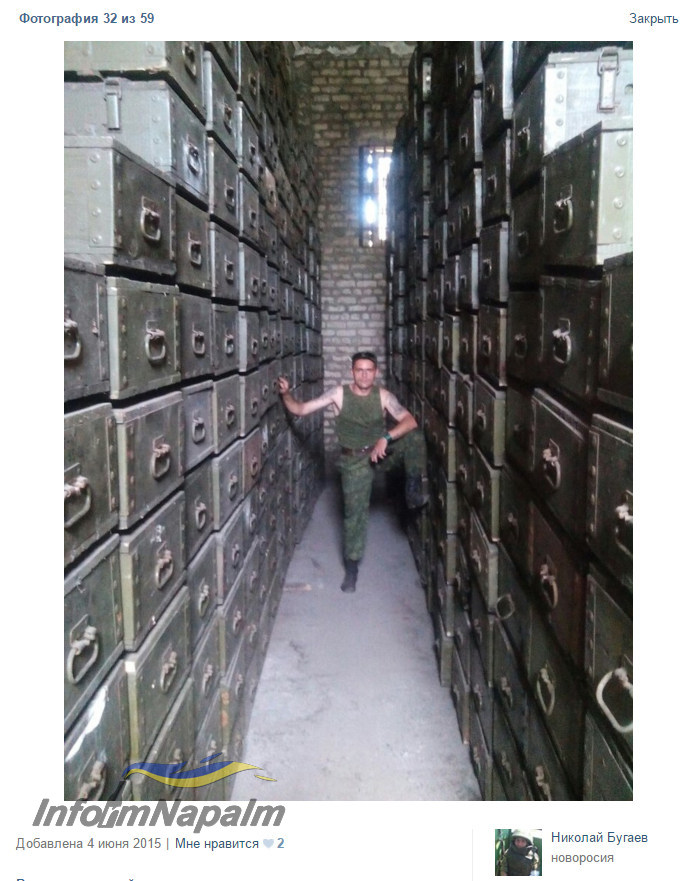 During detailed research of these terrorists’ profiles, it became clear that the main places of their disposition are the military training areas near Luhansk and that industrial zone in the Iuvileine town. 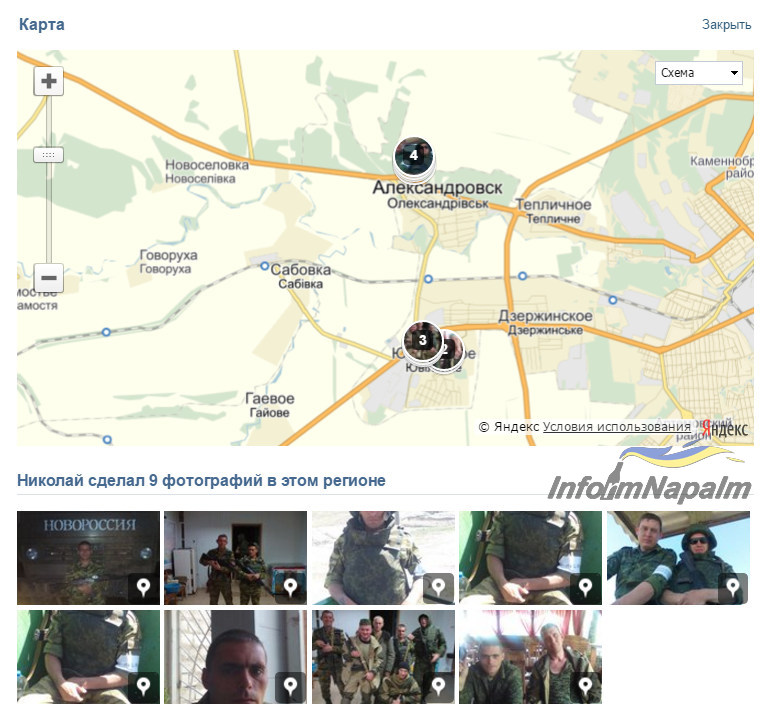 The Russian ‘Ural’ military trucks near the red building with the damaged roof and the training where terrorists are taught how to deal with the 120mm mortars. 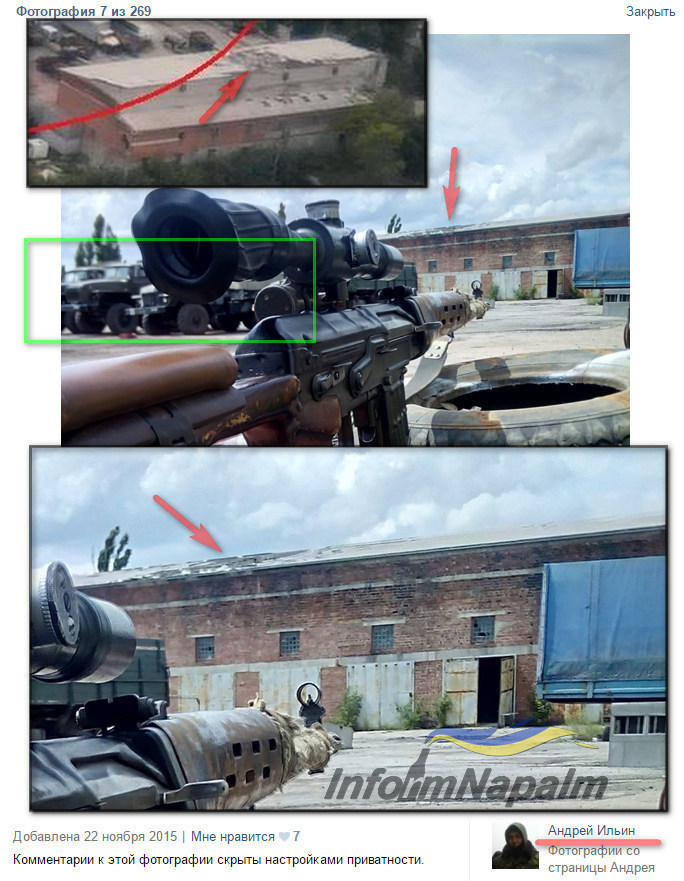 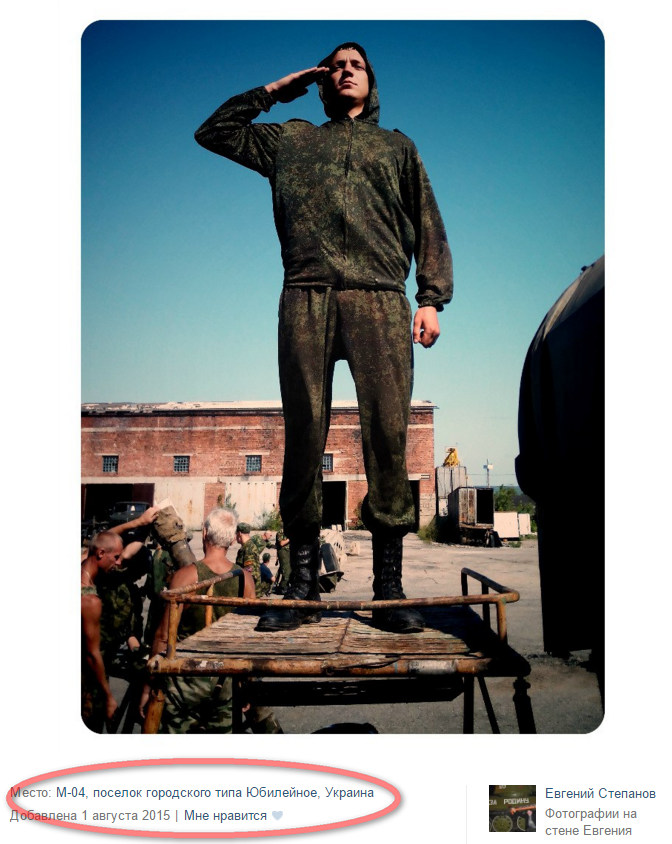 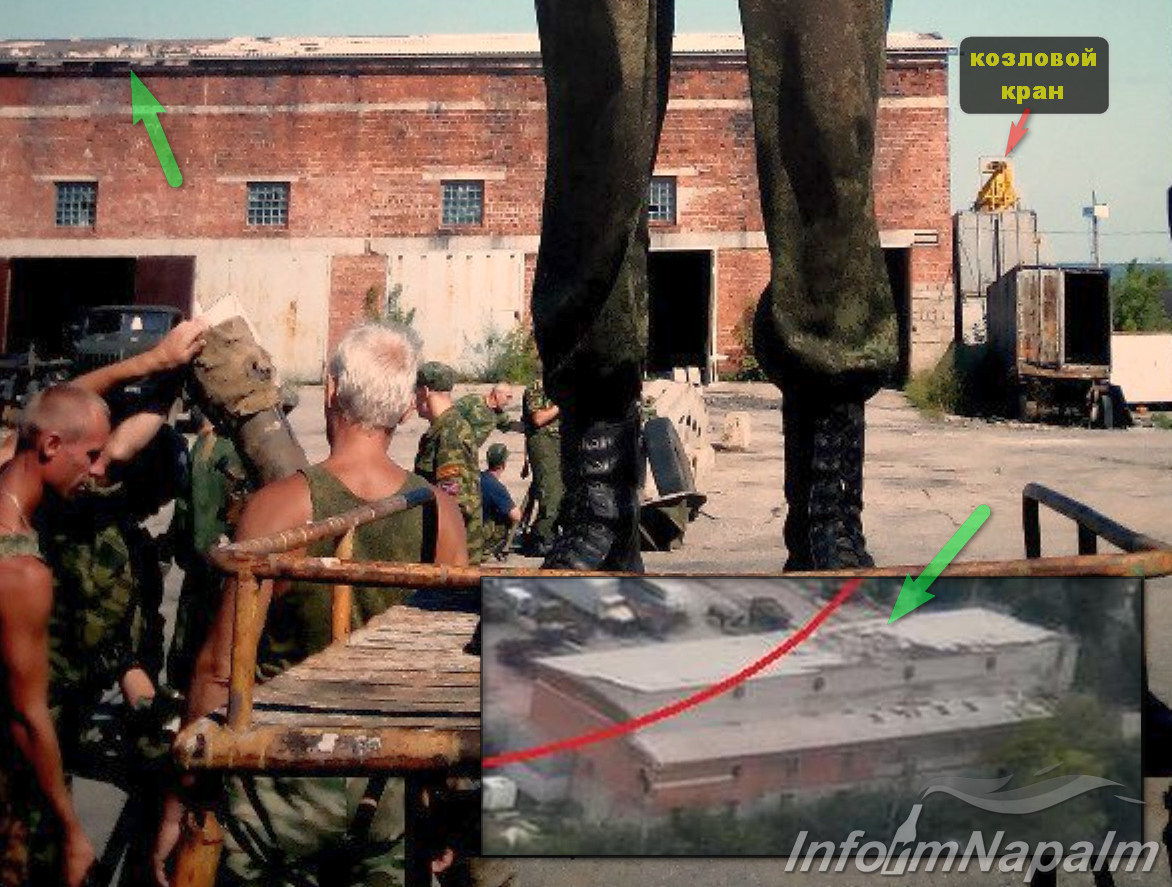 Moreover, let us focus on the two screenshots from the ‘Militia briefing’ group in twitter: there is “The Minsk’s circus will end soon. We are ready and we will liberate the Novorossiya!” message from June 16, 2015, and next a text from June 25, 2015: “Victory and liberation of the Novorossiya are inevitable. Militia is preparing for the fight and accumulates ammunition”. 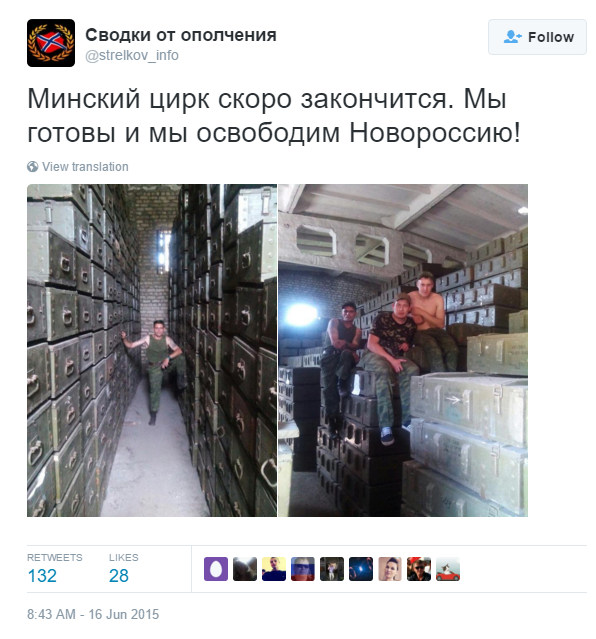 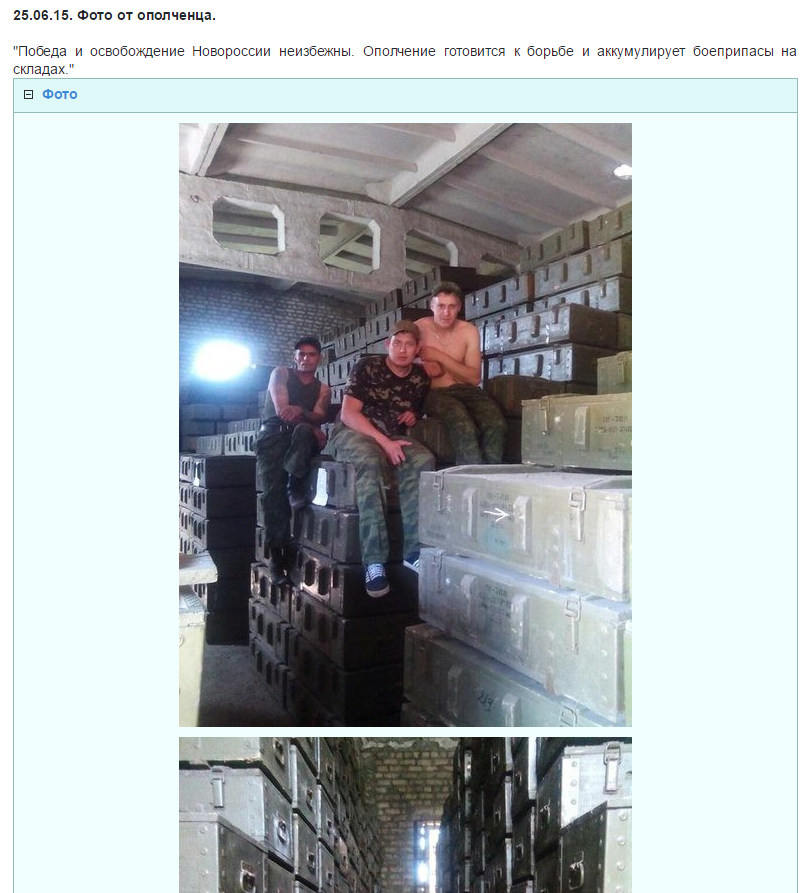