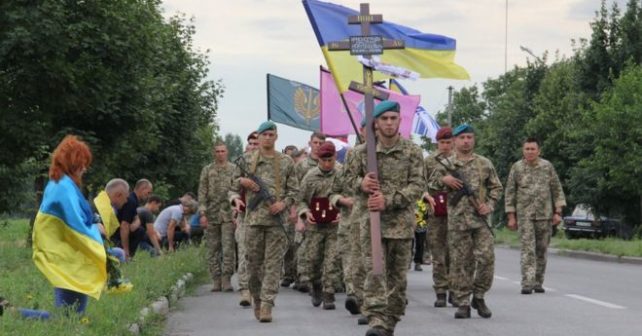 The BBC News Ukraine agency received a report from the Joint Forces Operation Headquarters with some details about the death of a wounded marine who could not be evacuated from the battlefield.

What happened to the wounded marine?

On July 13, a group of Ukrainian servicemen tried to pick up the body of a killed Ukrainian scout from a spot of “gray zone” (no-man’s land) near Zaitseve and got shot at.

The Ukrainian side insists that the Ukrainian troops acted under a cease-fire agreement and wore white helmets, which was confirmed by pictures taken from a drone. 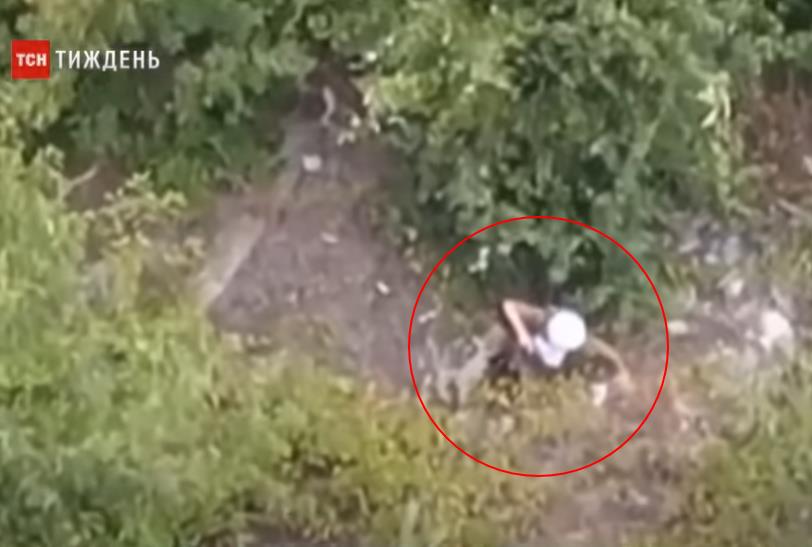 Nevertheless, the troops were shot at and a wounded sergeant Yaroslav Zhuravel was left on the battlefield. 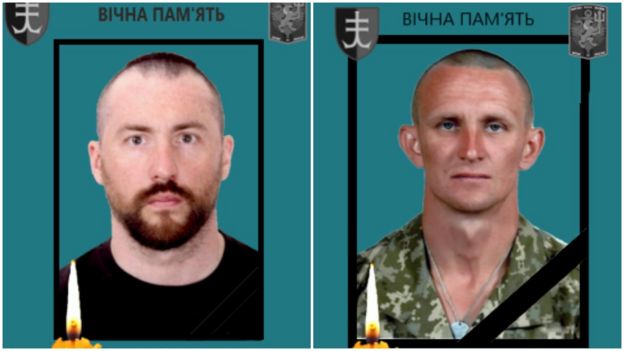 Officials from the Joint Forces Operation headquarters told representatives of the BBC Ukraine agency that the Ukrainian side had repeatedly used the SMM OSCE as go-between in their communication with pro-Russian armed groups, asking to allow them to pick up the wounded serviceman. The Ukrainian troops explained that “the wounded person had special white labels on his clothes, meaning that he was a member of an evacuation team.”

Nonetheless, the adversary refused, and it made a timely search and rescue mission impossible

“Meanwhile,” says the JFO report, “the enemy conducted their own search and played for time. This deliberate playing for time had terrible consequences. The wounded serviceman did not receive the necessary medical help and bled to death.”

What Happened to the Medic’s Body?

The JFO officials also told the BBC Ukraine some details regarding the return of the bodies of the killed Ukrainian troops. The return was repeatedly delayed, too.
At the moment when the bodies of fallen Ukrainian troops became available for pickup by an Evacuation-200 Ukrainian evacuation group, these bodies showed irreversible postmortem changes, which can mean that the bodies had not been preserved at a morgue as the rules request.

The dead troops did not have their military uniform on.

“Besides, it was impossible,” say the JFO officials, “to establish the kind of weapon that killed the military medic because the injured organs and bones had been excised from the body by representatives of the Russian occupier troops at the morgue of the city of Horlivka on the temporarily occupied territory of the Donetsk region.”

“Such mines are prohibited by the Ottawa Convention and are manufactured exclusively in the Russian Federation. POM-2 is installed remotely, it has a period of self-liquidation from 4 to 100 hours,” – said JFO represenatives in response to the press service.

Such mines are placed behind RPG-7 grenade launchers, the radius of continuous damage is up to 16 meters.

The mine is triggered when a person touches one of the four thin threads, up to 10 meters long each.

“The use of POM-2 by the armed forces of the Russian Federation, with the provision of photo evidence to international organizations, was recently recorded on the territory of CJSC Bakhmut Agrarian Union, located just a few kilometers from Zaytsevo – in Novolugansk in Donetsk region,” theJFO command said.
Russia denies the involvement of its military personnel in the war in Donbass, despite the fact that since 2014, the Ukrainian military has captured active-duty Russian servicemen and also found weapons that are produced only for the Russian army.

The JFO command also draws attention to the fact that the whole situation of obstructing the search for the wounded and the evacuation of bodies is contrary to the Geneva Convention relative to the Protection of Victims of War.

The day before, the Office of the President of Ukraine announced a “complete and comprehensive ceasefire” in the Donbas, which should begin on July 27

No Responses to “Joint Forces Operation Headquarters: Body of killed medic was cut with bones excised, and wounded marine bled to death”