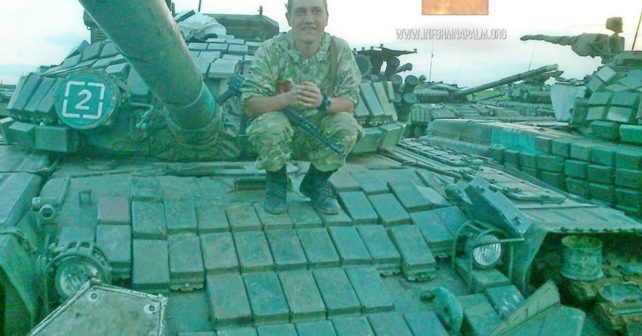 Tanks of Russian occupation army have been detected within the sight of DTEK Luhansk Power Station.

On June 26, 2016 while digging through social network profiles of Russian terrorists, web searchers of InformNapalm international volunteer community found a photo showing a group of Russian T-72 tanks with distinctive military marking – number 2 inscribed into a square. This tactical marking is used by The 2nd Army Corps Unit of the Armed Forces of the Russian Federation, permanently stationed in the vicinity of occupied Luhansk.

The photo demonstrates a clear view of at least 5 tanks, while on the far left side of the photo, on the horizon, there is an object that looks like a smokestack (this object is circled in red). 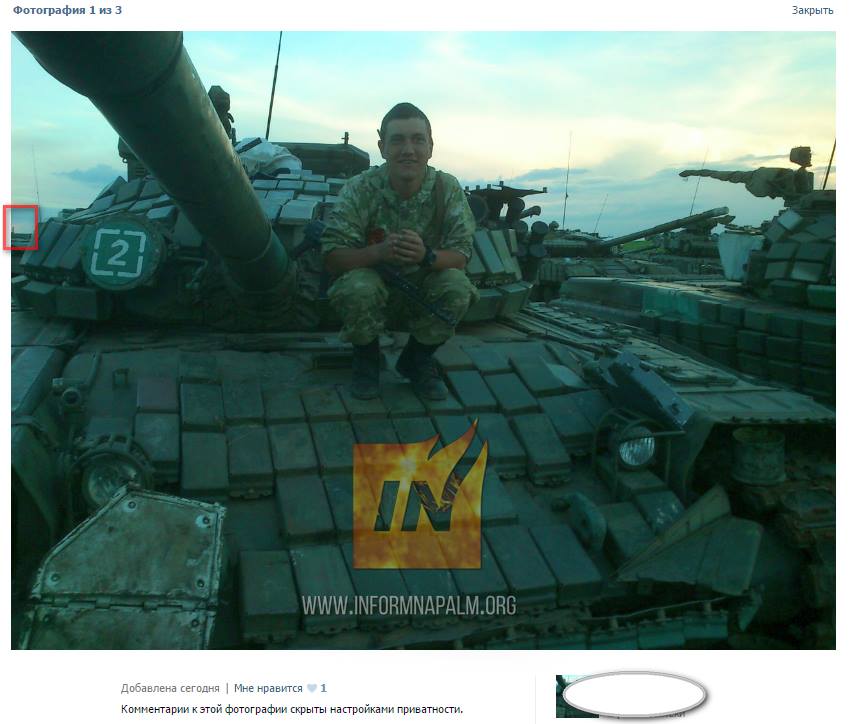 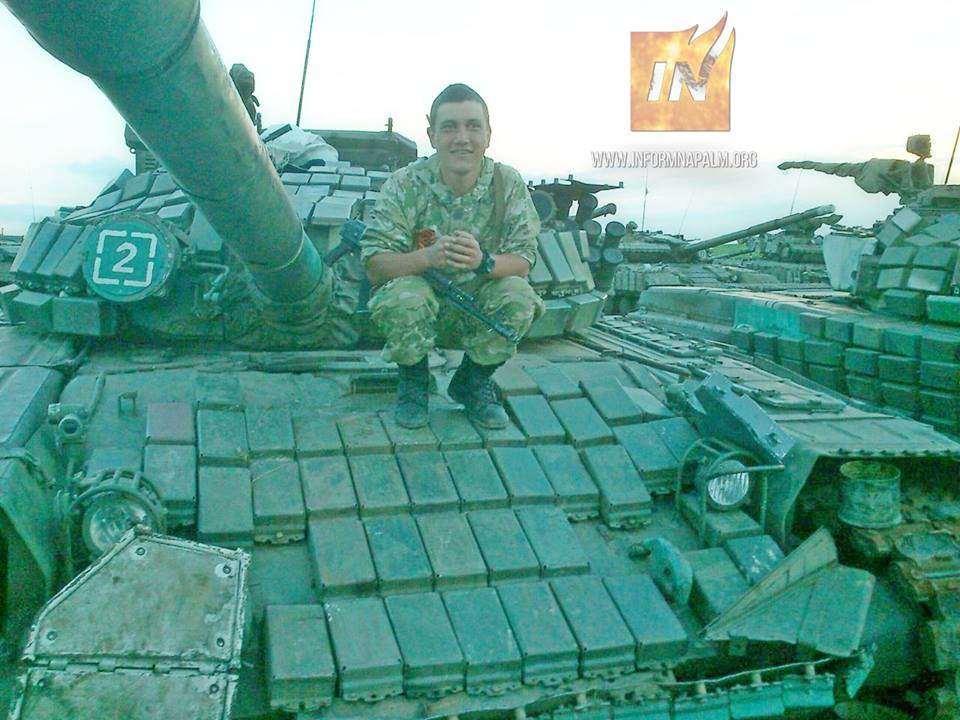 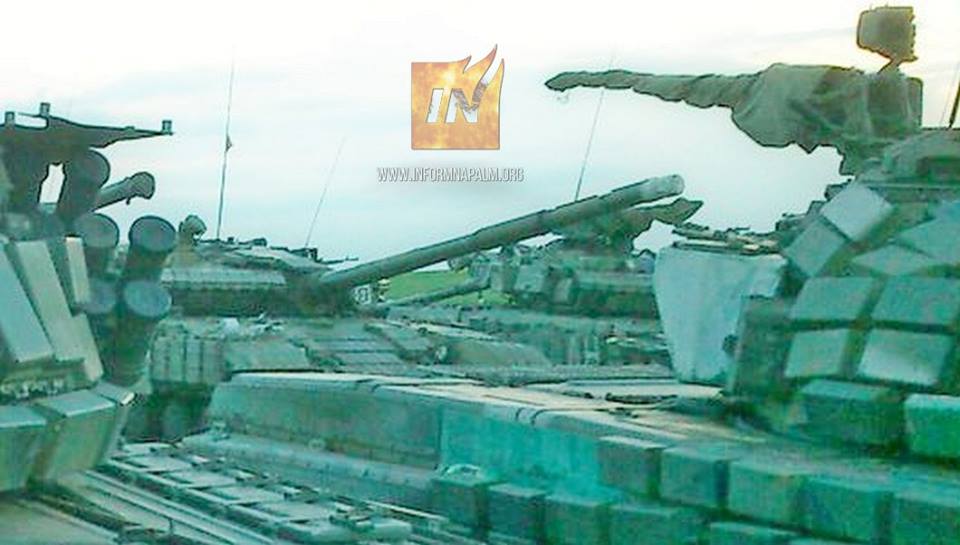 After comparing this photo (to be more exact, its small portion with a smokestack) with photos showing Thermal Power Station (TPS) located in the town of Schastya (Luhansk Oblast, Ukraine) InformNapalm team has discovered that Russian tanks are located within the sight of DTEK Luhansk TPS, also called Schastya TPS. 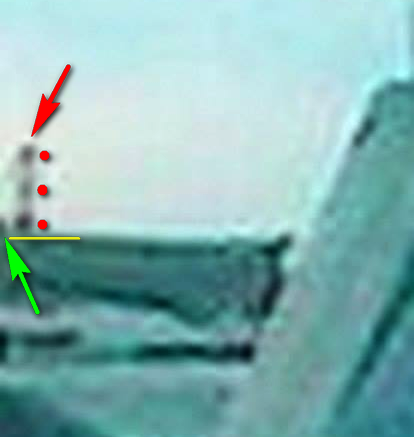 Photo of DTEK Luhansk Power Station, which clearly demonstrates all smokestacks. Based on this photo we can deduce the approximate angle and the direction of the photo shooting, and, thus, determine the position of Russian tanks. 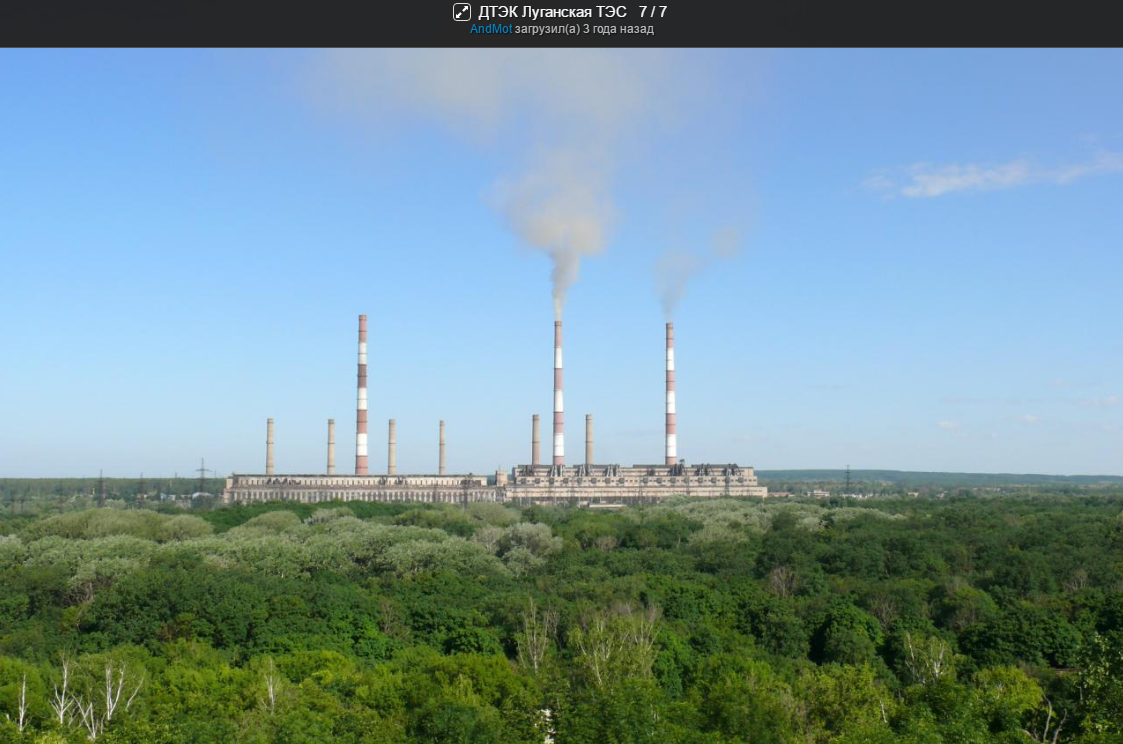 If we ask ourselves how far a human eye can see (the photo was taken with a cheap cellphone), the answer is obvious – up to 5 km.

This is not the first case when InformNapalm finds clear evidence of Minsk Agreements violations and makes this information public. On top of that, we have contacted OSCE SMM many times and informed them of these facts. Too bad that OSCE continues to stubbornly stick to the principle “see no evil, hear no evil” which today has transformed into a new gimmick “Both sides are guilty”. We can hear this phrase every time when Russian militants do not let OSCE SSM observers access certain zones along the demarcation line, and despite this, having no evidence gathered, OSCE SMM automatically uses the pattern of blaming BOTH sides for the violations of Minsk Agreements. It is very convenient: Russian militants shell the area, but keep OSCE from examining the spot, and even though no evidence can be documented, OSCE SMM reports that both sides are guilty. Simply genius!

No Responses to “Schastya: Power Station Smokestacks Gave Away the Position of Russian Tanks”