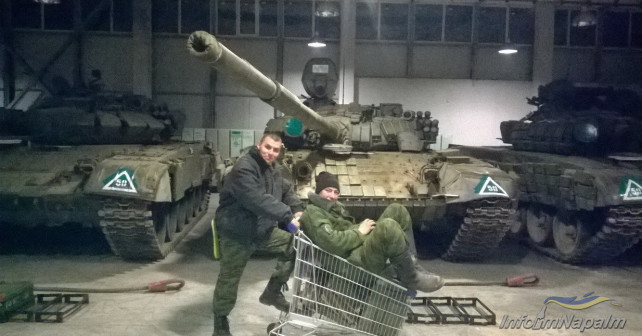 InformNapalm community has identified the exact location of one of the bases belonging to ‘the 1st armored battalion of Republic Guard of DPR’ which is a part of the Russian-terrorist forces stationed in the territory of a chemical reagents plant in Donetsk.

In October of 2015 we published several photos of the Russian tanks in the “Russian Mercenaries: From Expodonbas to a Barn” article. Having little photo- and video- proofs from within the buildings and taking into account a very similar interior decoration of the showrooms, we suggested that it was the ‘ExpoDonbas’ exhibition center in Donetsk. But when the new data became available, it appeared that the actual place of equipment storage was a building of an industrial complex (48°00′51.7″N 37°44′46.2″E) of a chemical reagents plant in Donetsk located just in 7 km from Peski settlement and 15 km from Krasnogorovka.

The identified location is marked with a green circle on the screenshot of LiveUAmap site. 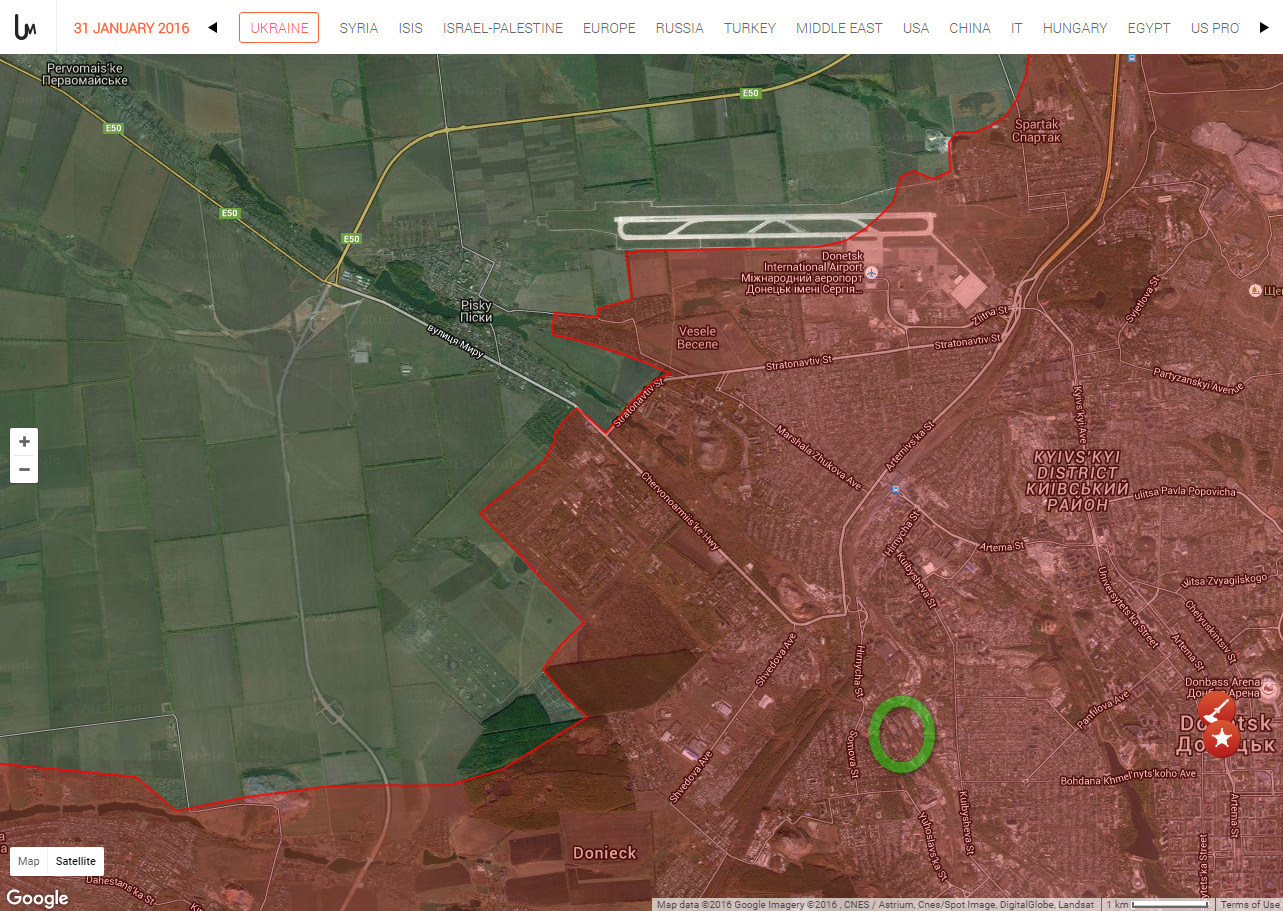 These are the pictures thanks to which we were able to identify the place. 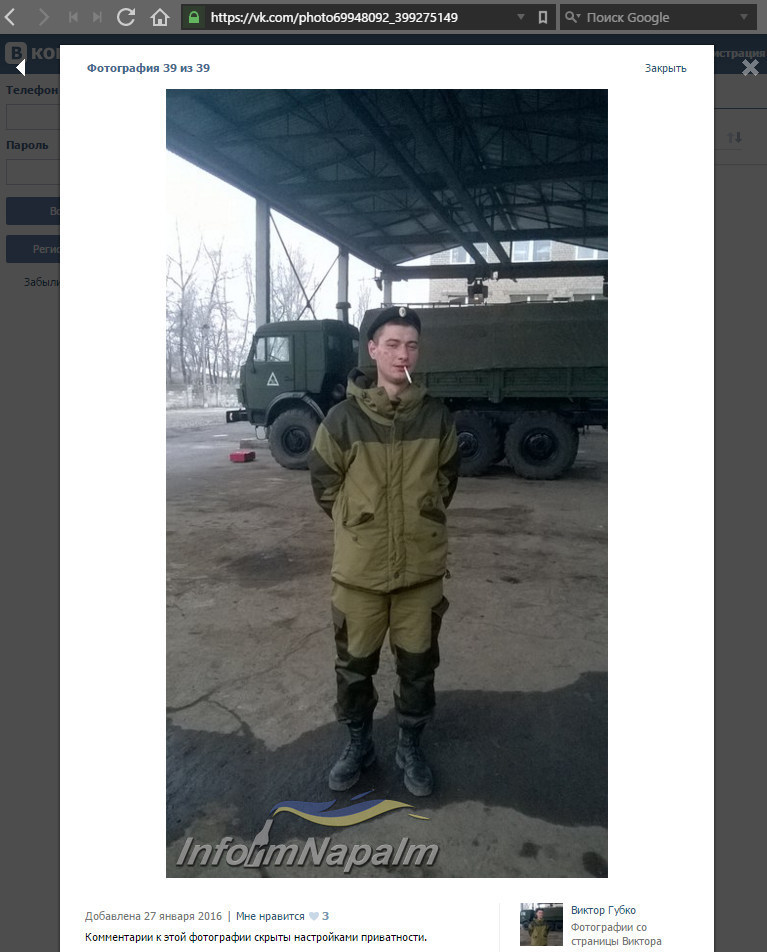 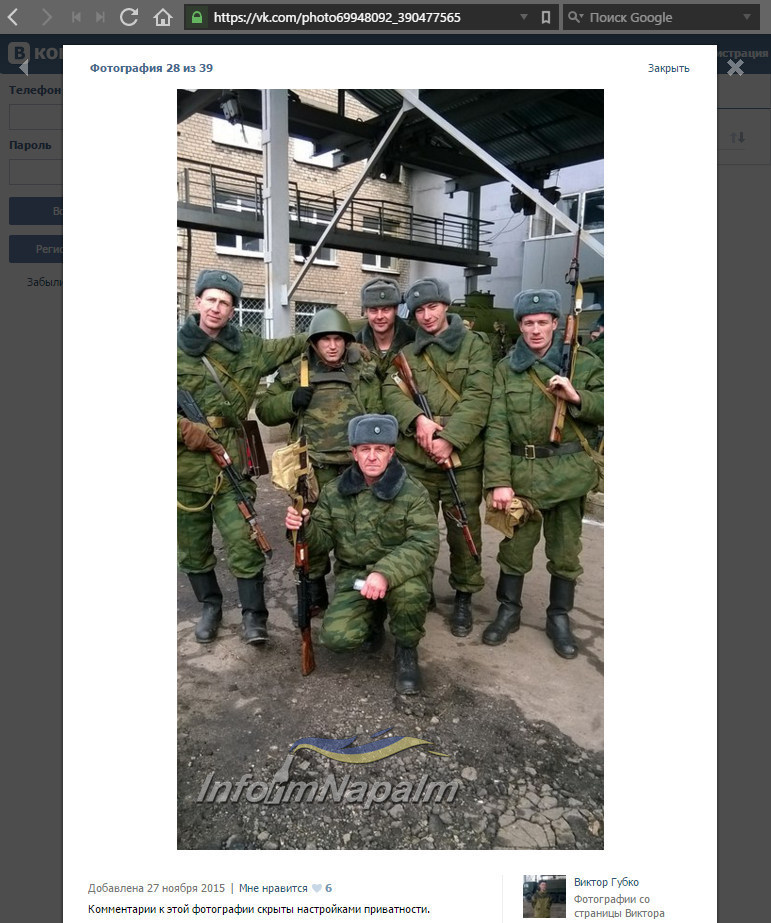 @5urpher twitter user first pointed out the same place in a ‘Novorossiya tanks on positions near Marinka’ footage published by separatists on July 17, 2015, and later identified the location on the map. Below you will find slides from the video overlaid the map. 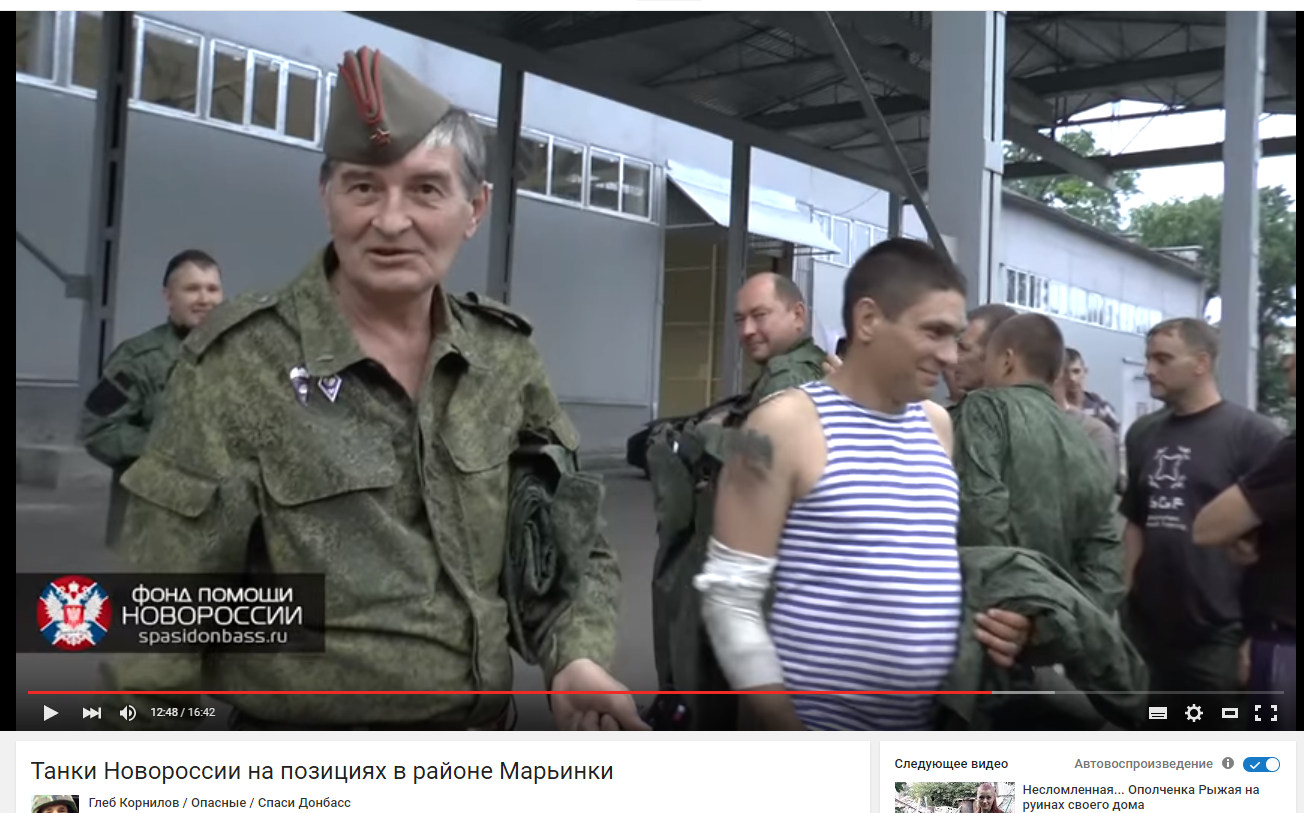 Next we will show new pictures which were not published in the article from October.

Windows of the opposite building can be clearly seen in the photos – that helped a lot too. 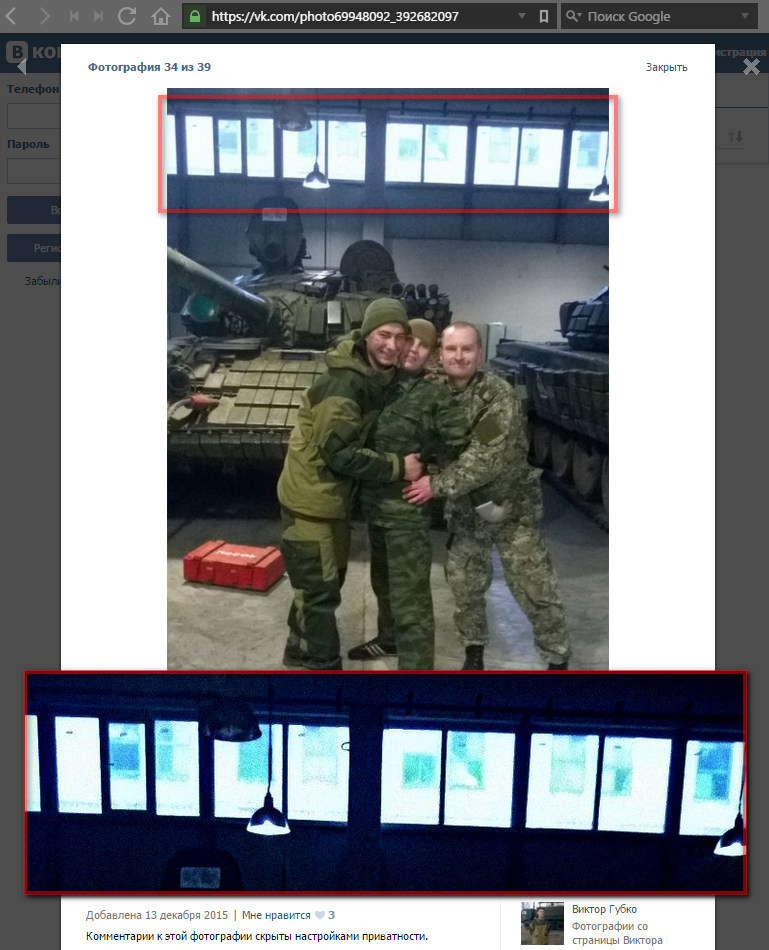 Earlier the tanks in these premises had ‘100 in diamond’ and ’26 in diamond’ tactical signs, but starting from December they were replaced by the ’50 in triangle’ signs. 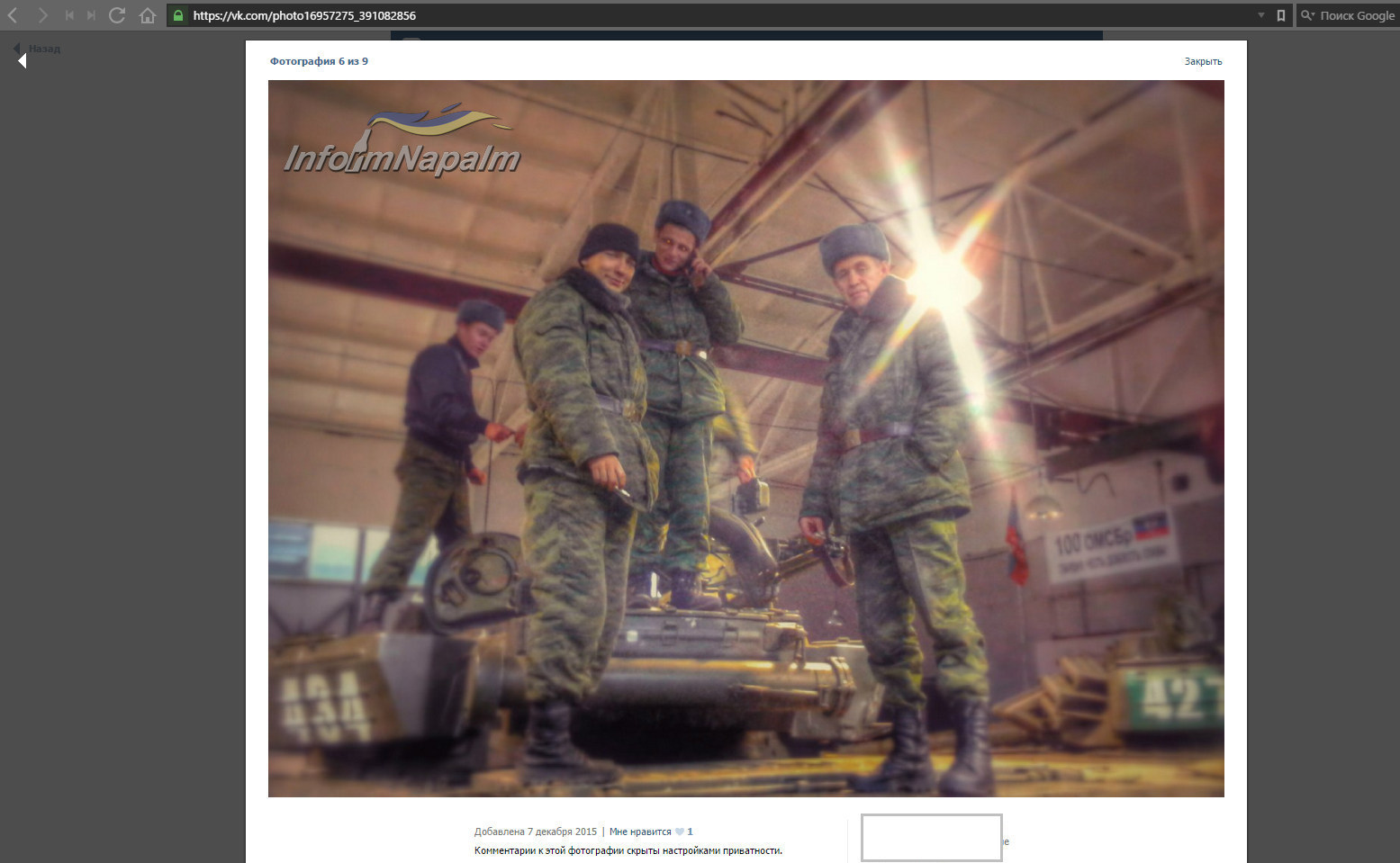 The similarity of the interior of the premises in the photo is very well seen in the slide of the video mentioned above. 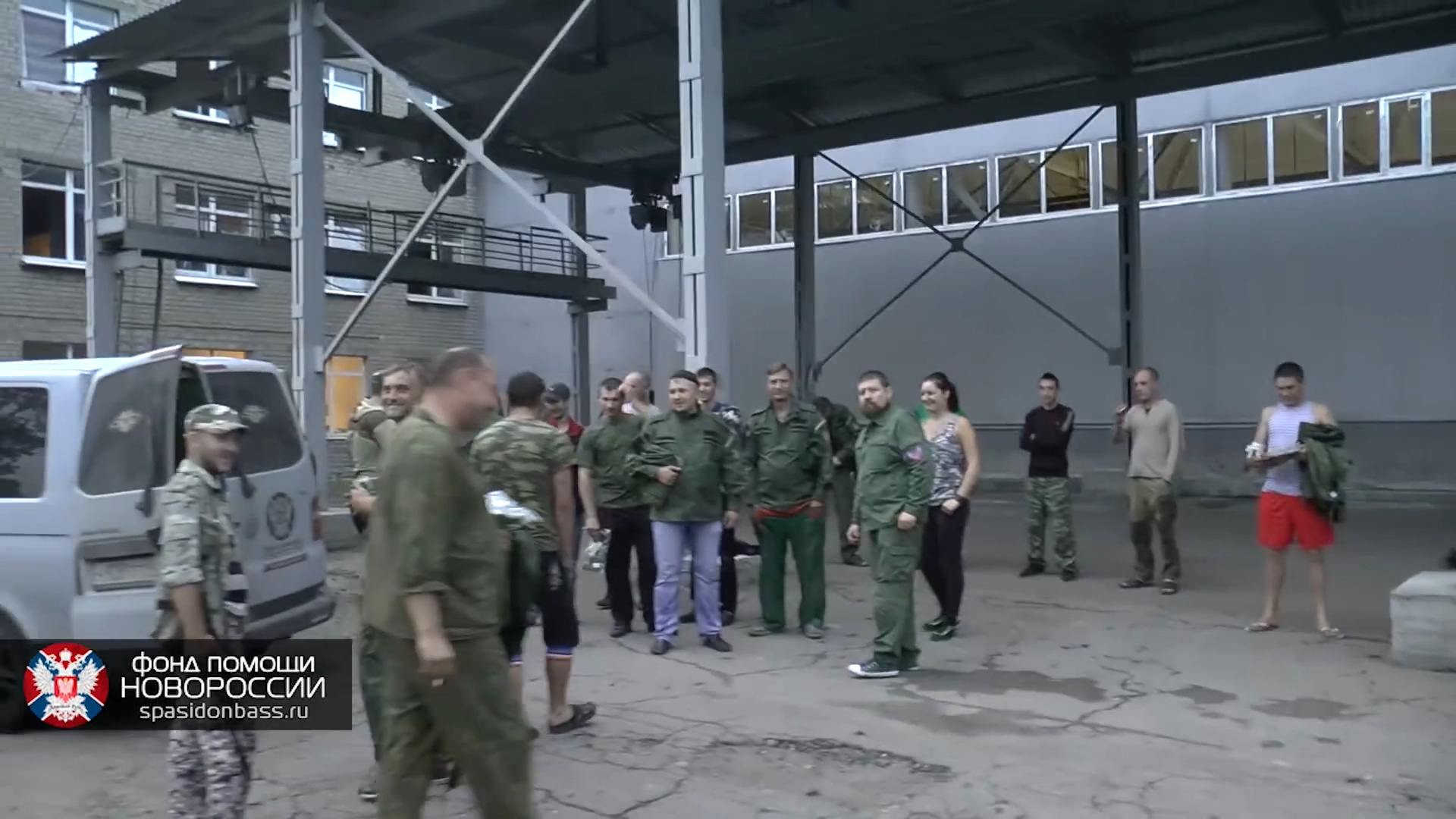 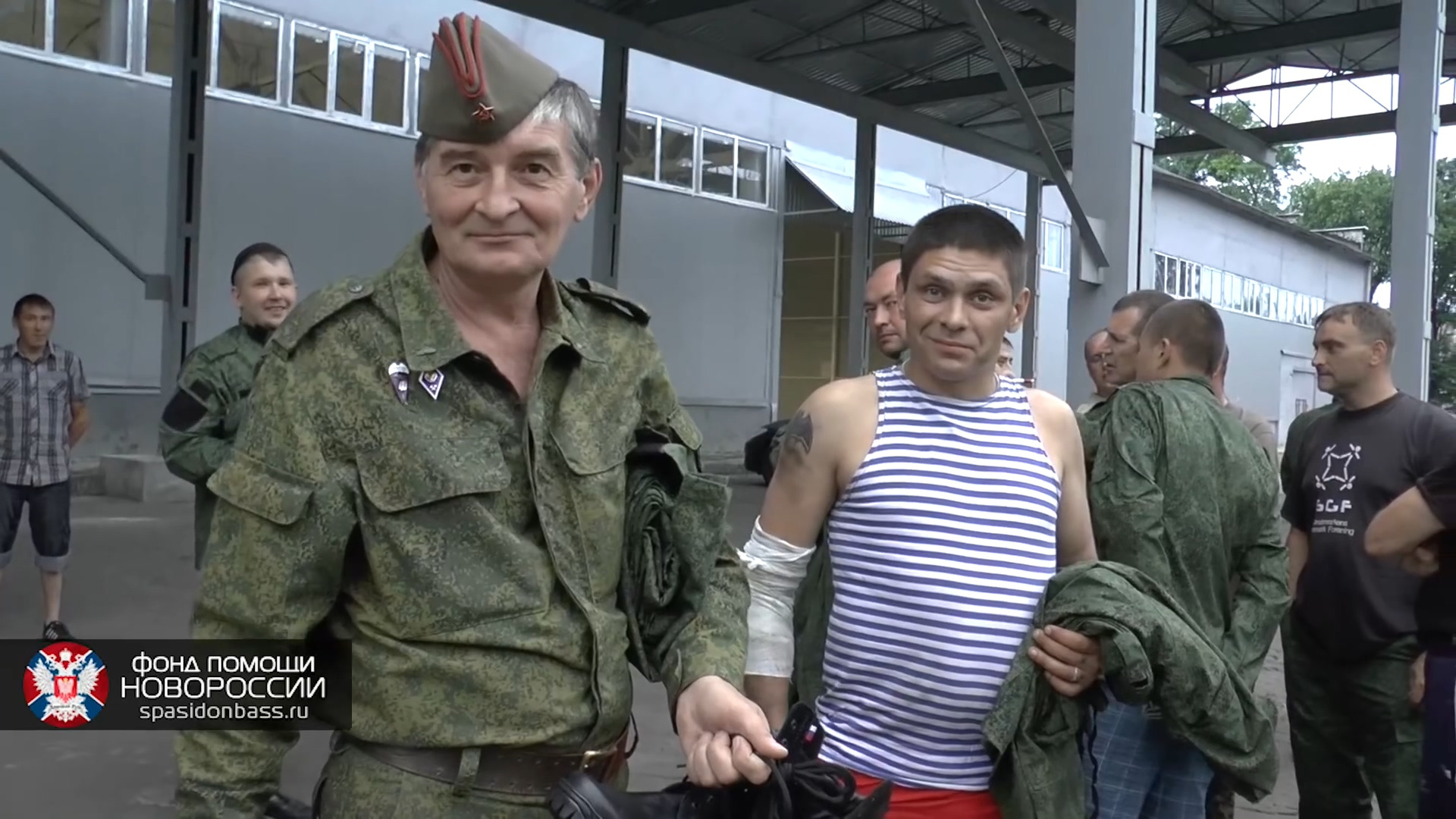 Let’s put the main screenshot over the map for comparison. 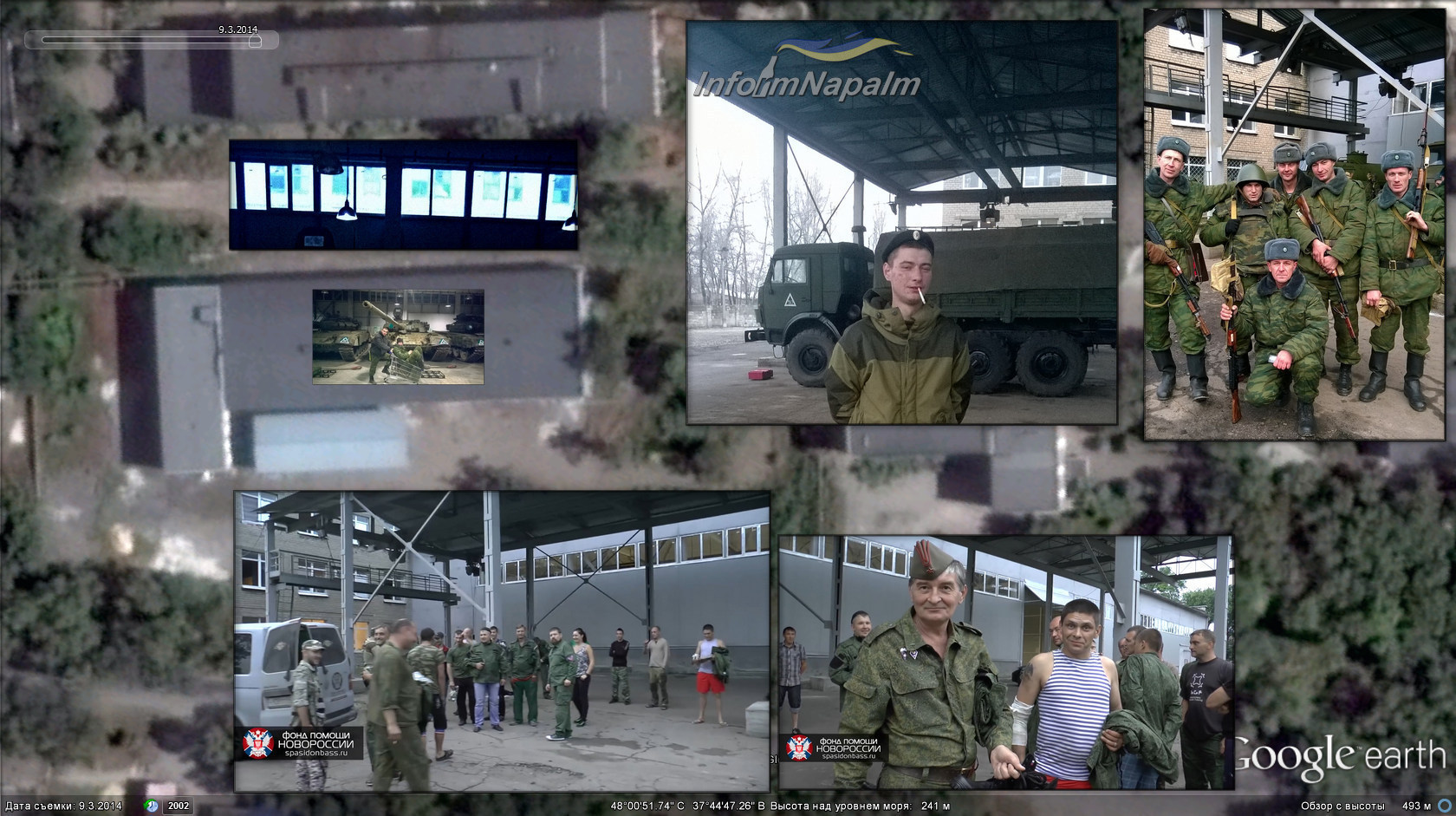 The main question here sounds like: “Are the tanks of the Russian-terrorist forces still there or have they been moved out beyond 25-kilometer zone from the demarcation line, as claimed by the Russian militants?”

Representatives of the OSCE are the only ones who can answer this question. On the other hand, they have less possibilities to inspect the occupied territories with every passing day. It seems that soon the OSCE mission will be observing only the Ukrainian forces since there are no such cameras on the militants’ check points.

The pictures published on January 27, 2016, are the latest ones which we could found. 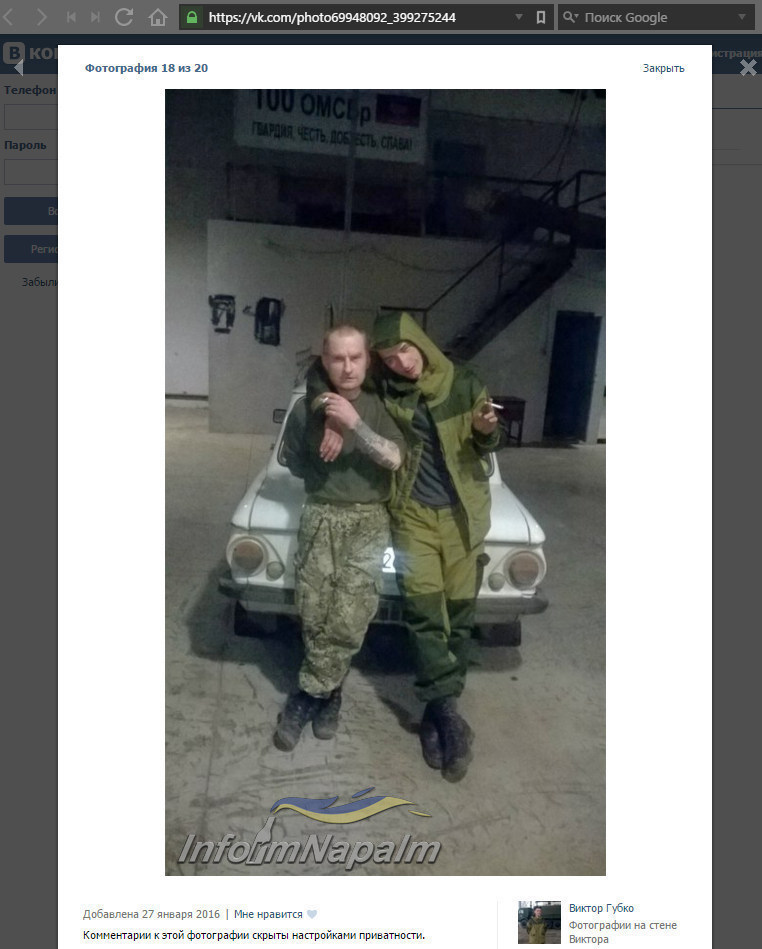 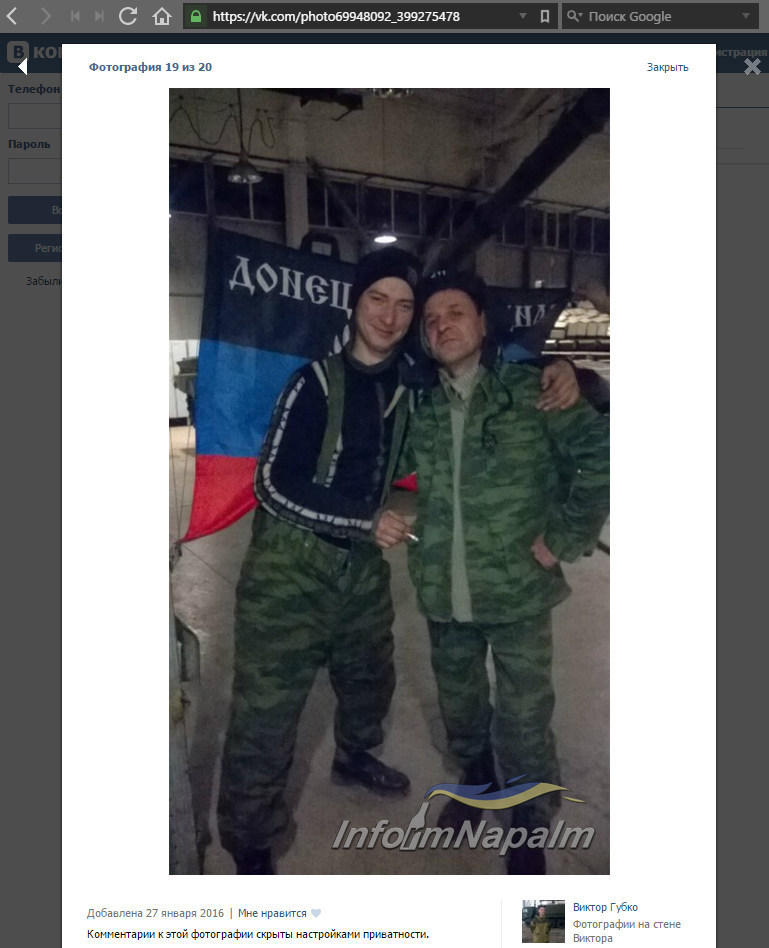 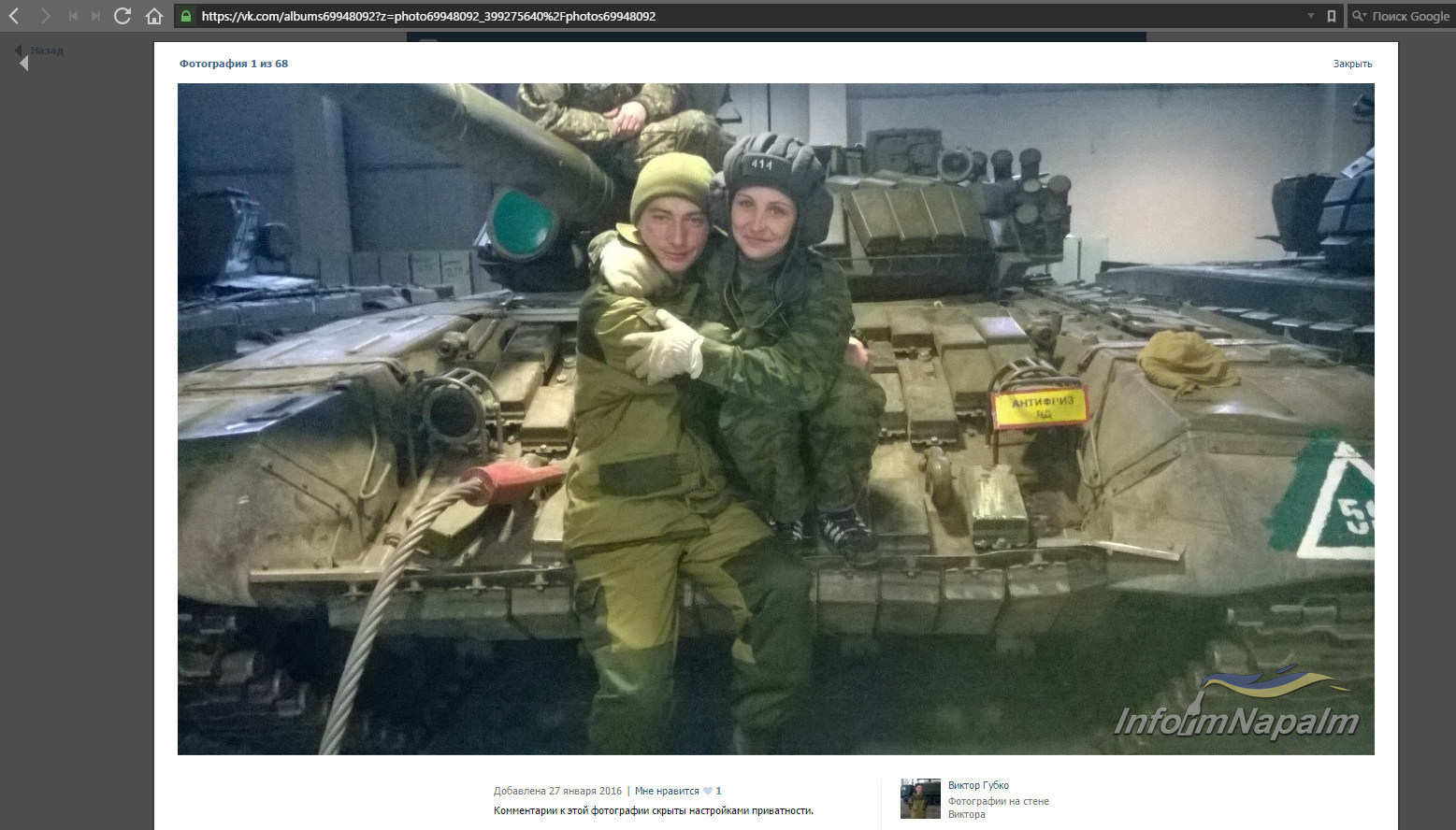