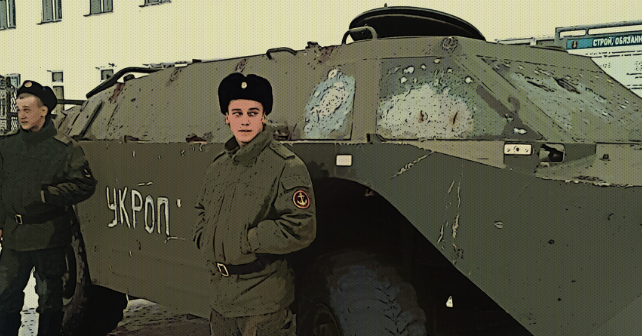 For the last two and a half years, volunteers of the InformNapalm international intelligence community have been searching for and making public the evidence of Russian aggression against Ukraine. Our OSINT investigators are used to a variety of evidence. Often those are pictures of Russian servicemen taken in the Donbas with road signs or landmarks in the background. We also frequently find images of Russian servicemen with “souvenirs” or “trophies” looted in Ukraine, such as a warning border sign, a plaque with a name of a Ukrainian military unit or even Ukrainian cigarettes. Here is another revealing photo of similar nature. 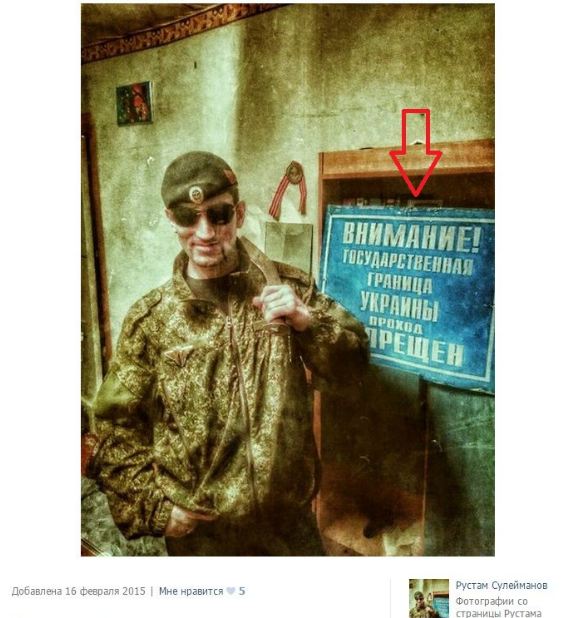 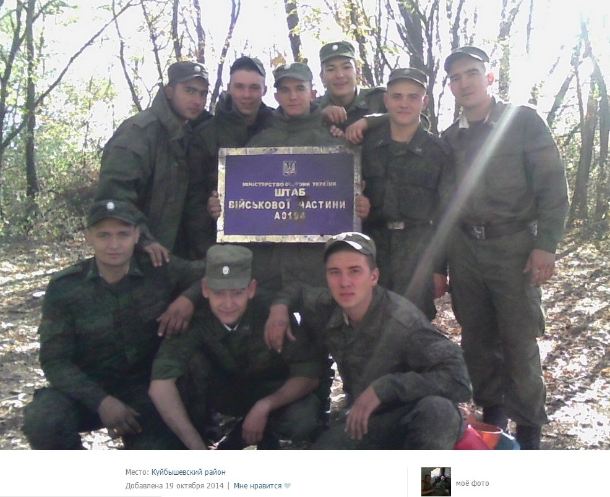 The OSINT group of the InformNapalm international intelligence community has found a picture (photo archive) of a BRDM armored patrol vehicle captured in Ukraine. The photo was taken by Russian marines and is geotagged to the town of Sputnik, Murmansk Oblast, which is the home base of the 61st Separate Marine Brigade (military unit 38643) of the Russian Northern Fleet. The photo of the unusual BRDM (Combat Reconnaissance Patrol Vehicle) with the inscription Ukrop on the right side was posted in the photo album on VK of Denis Abramov (profile archive. album. contacts), a serviceman of the same brigade on November 20, 2014.

There is no doubt that this is the modified BRDM captured by Russian marines in the Donbas in summer-fall of 2014. Several pictures of it were presented in our publication from April 3, 2015 Evidence of the Participation of the 61st Marine Brigade of the Russian Navy’s Northern Fleet in the Fights in Donbas  https://informnapalm.org/en/evidence-of-the-participation-of-61st-marine-brigade-of-the-northern-fleet-of-the-russian-navy-in-the-fighting-in-donbas/ . 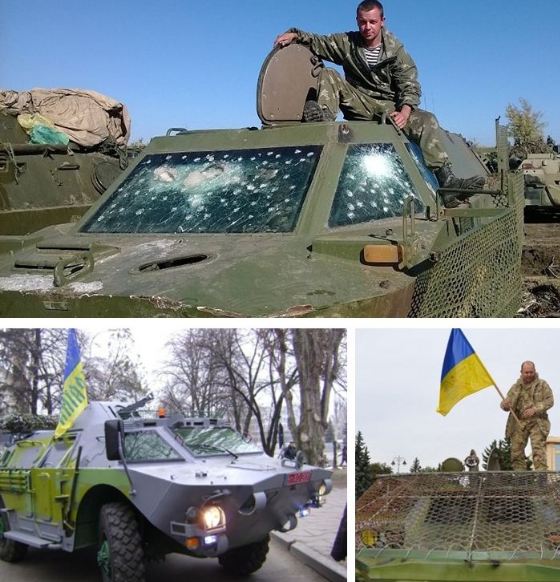 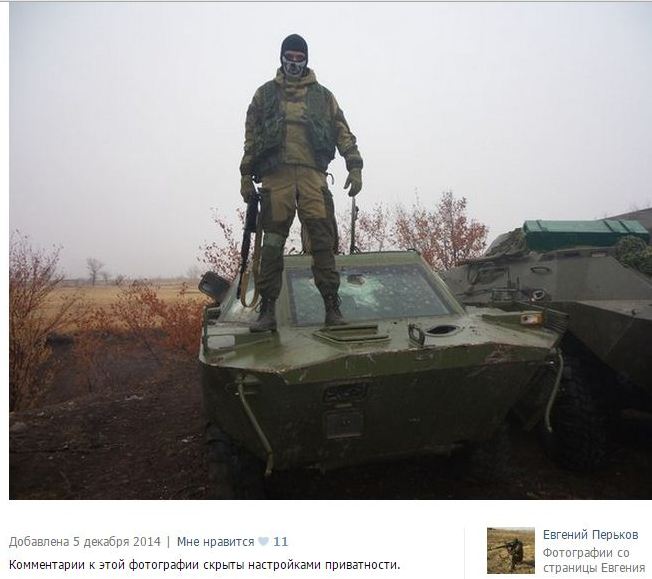 In last year’s publication we noted that Marines were posing on a non-standard BRDM hit by bullets or shrapnel. Presumably, it was captured from Ukrainian forces because it looked very similar to those restored by Ukrainian volunteers and placed in service with the Aidar Battalion and other units of the Ukrainian Army and the National Guard.

The newly found picture of the BRDM Ukrop prompted us to do further analysis.

There is no doubt that the same vehicle is featured in Abramov’s image taken in Sputnik of Murmansk Oblast and in the photographs 1 and 2 of Yevgeny Perkov from the same marine brigade taken in the Millerovo base camp in Rostov Oblast, whom we identified earlier. We can compare the damaged windshield on these images to see absolutely identical and equally spaced hits. 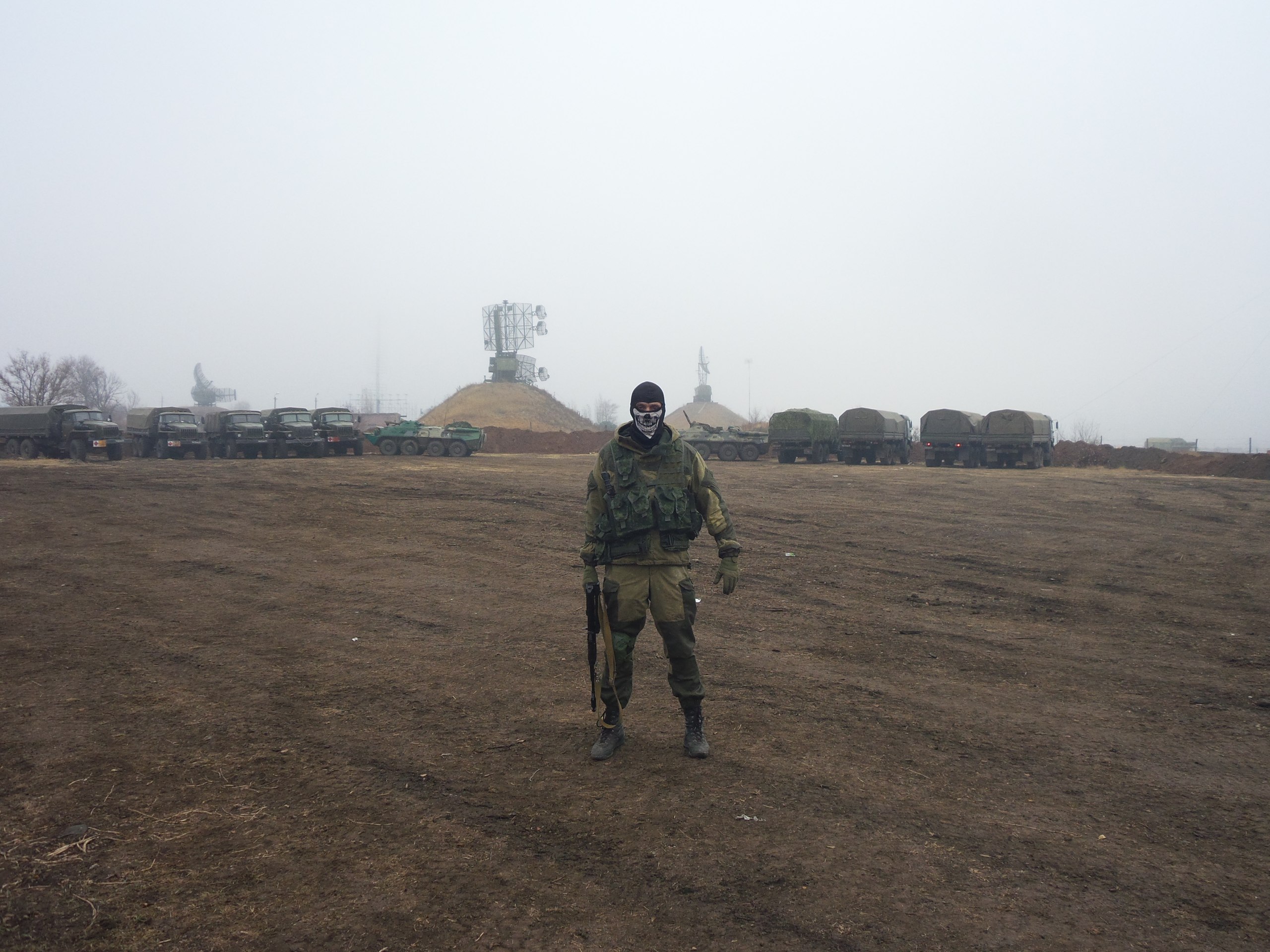 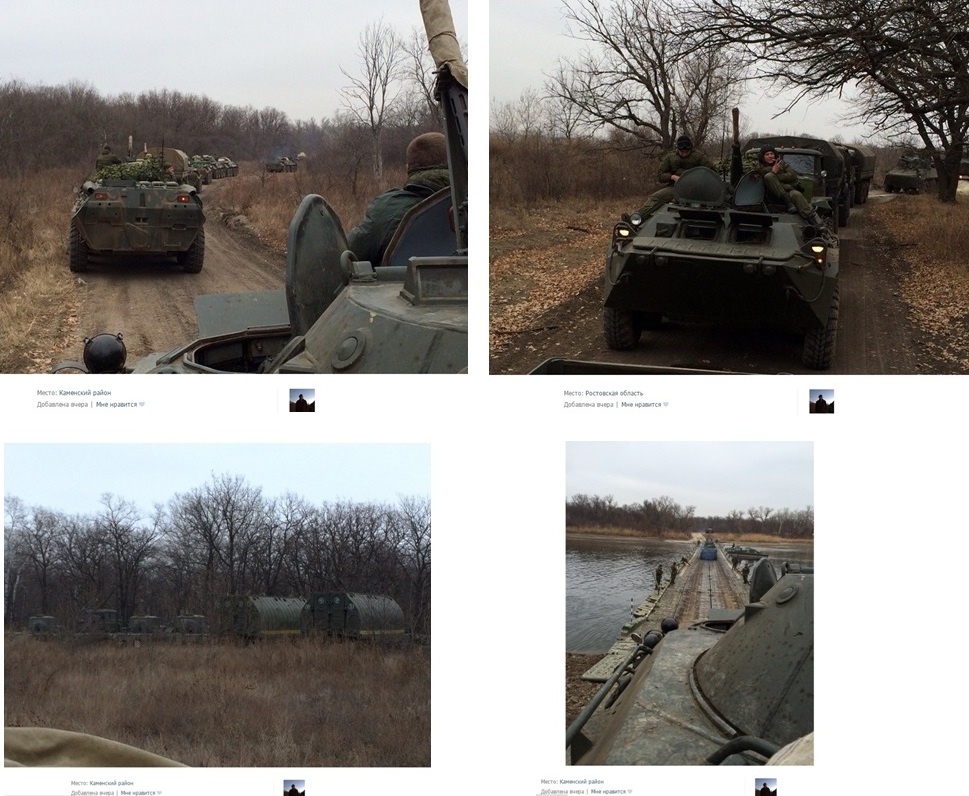 It is time to close the chapter in the history of the BRDM Ukrop.

Soldiers of the Aidar Battalion captured this BRDM from LPR militants in early June of 2014. The transmission of the vehicle was damaged, and it was towed to the location of the 51st Brigade of the Ukrainian Armed Forces. Some parts and equipment were removed from the BRDM, and the vehicle was further transferred to a police check point at the bridge over the Siversky Donets River, near the town of Shchastya in Luhansk Oblast. In late June the vehicle was gone. Presumably, the locals stole it for scrap. Later, the vehicle was photographed in the territory of the Agro-Trade company and a former military unit № 3035 in the city of Luhansk (InformNapalm volunteers thank the user surpher for geolocating the images). Then the vehicle appeared in pictures from the base camp of Russian Armed Forces in Millerovo (Rostov Oblast), stripped of its slat armor screens and with a broken windshield. In November 2014, it popped up in the town of Sputnik in Murmansk Oblast, at the base of the 61st Separate Marine Brigade of the Russian Northern Fleet. 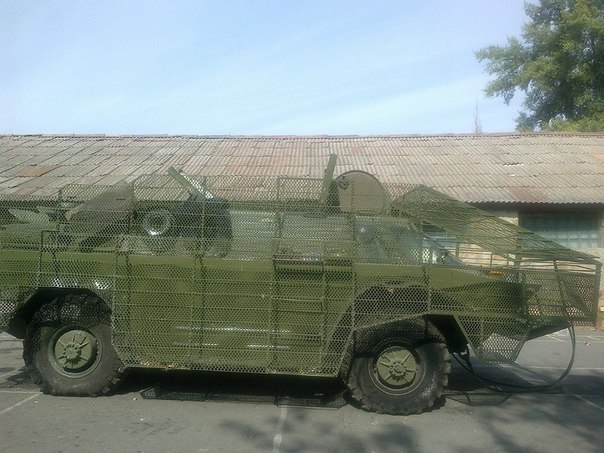 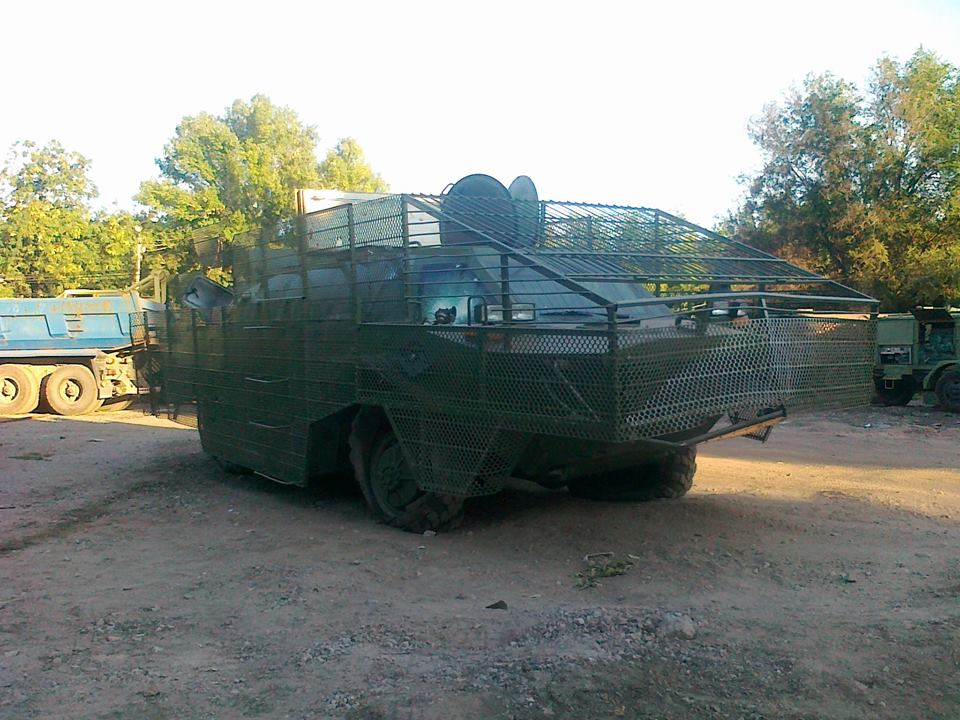 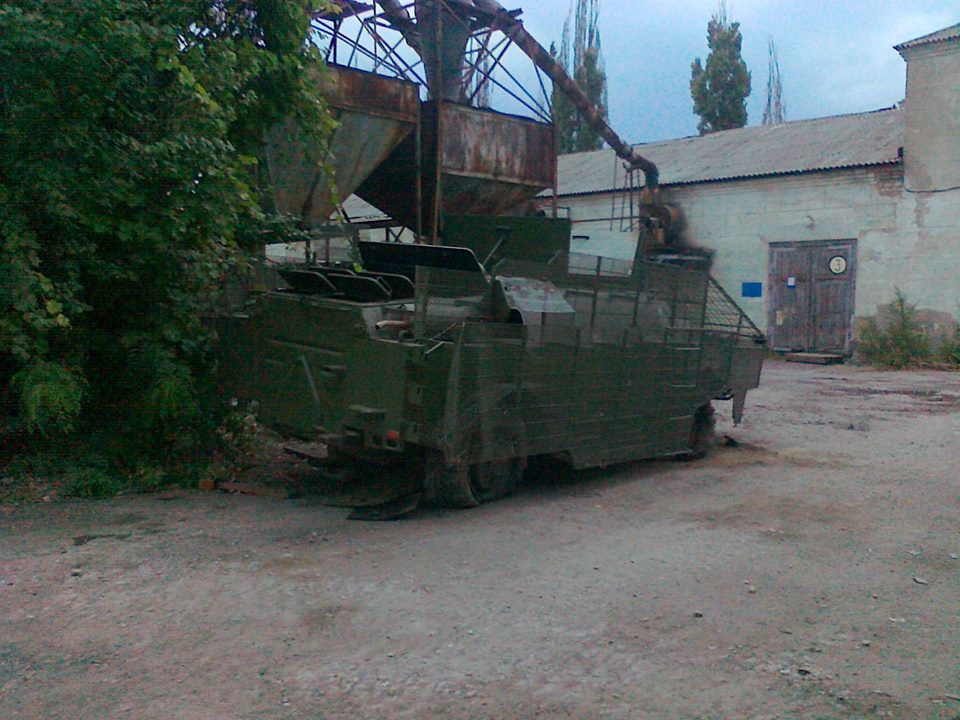 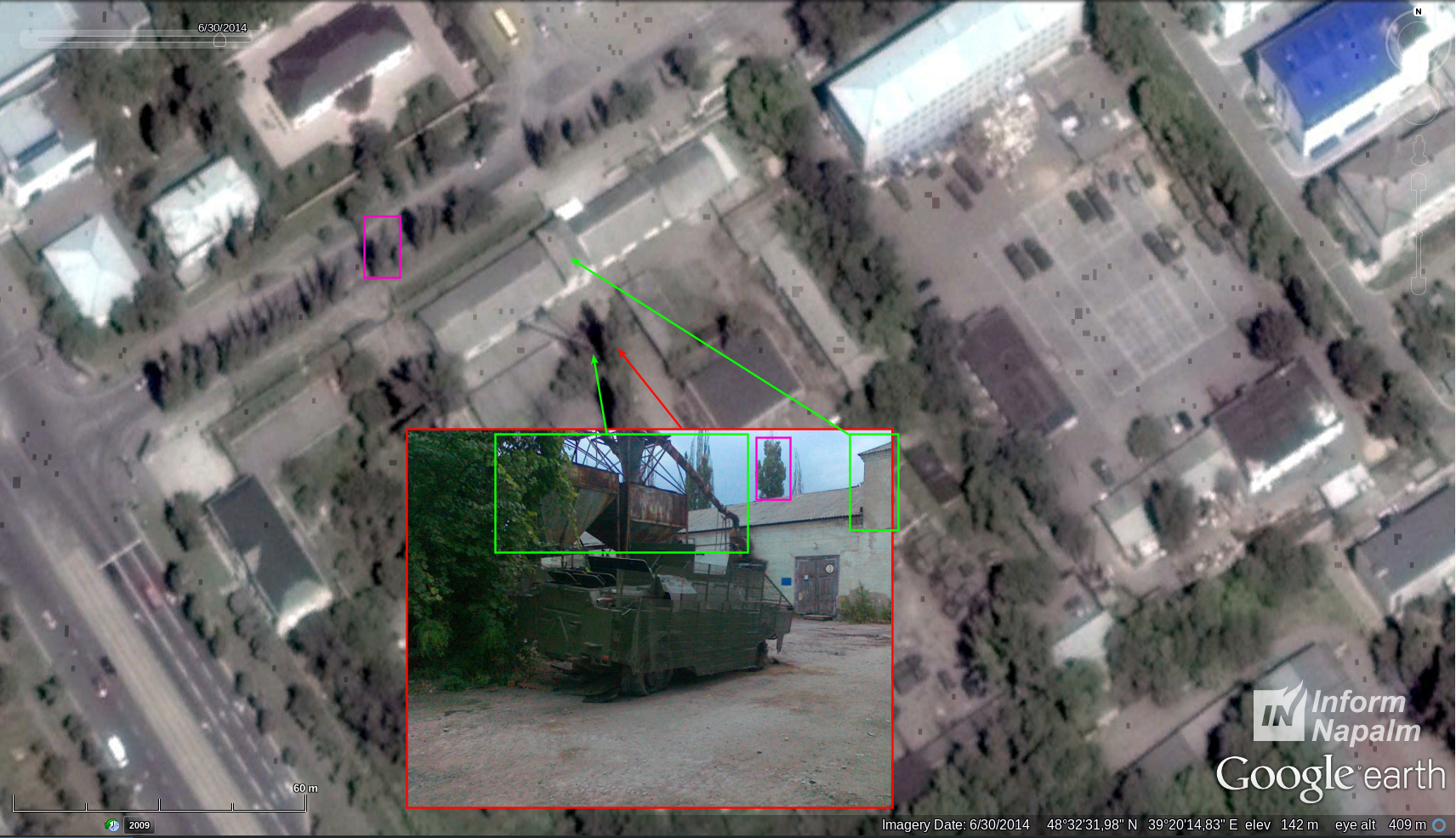 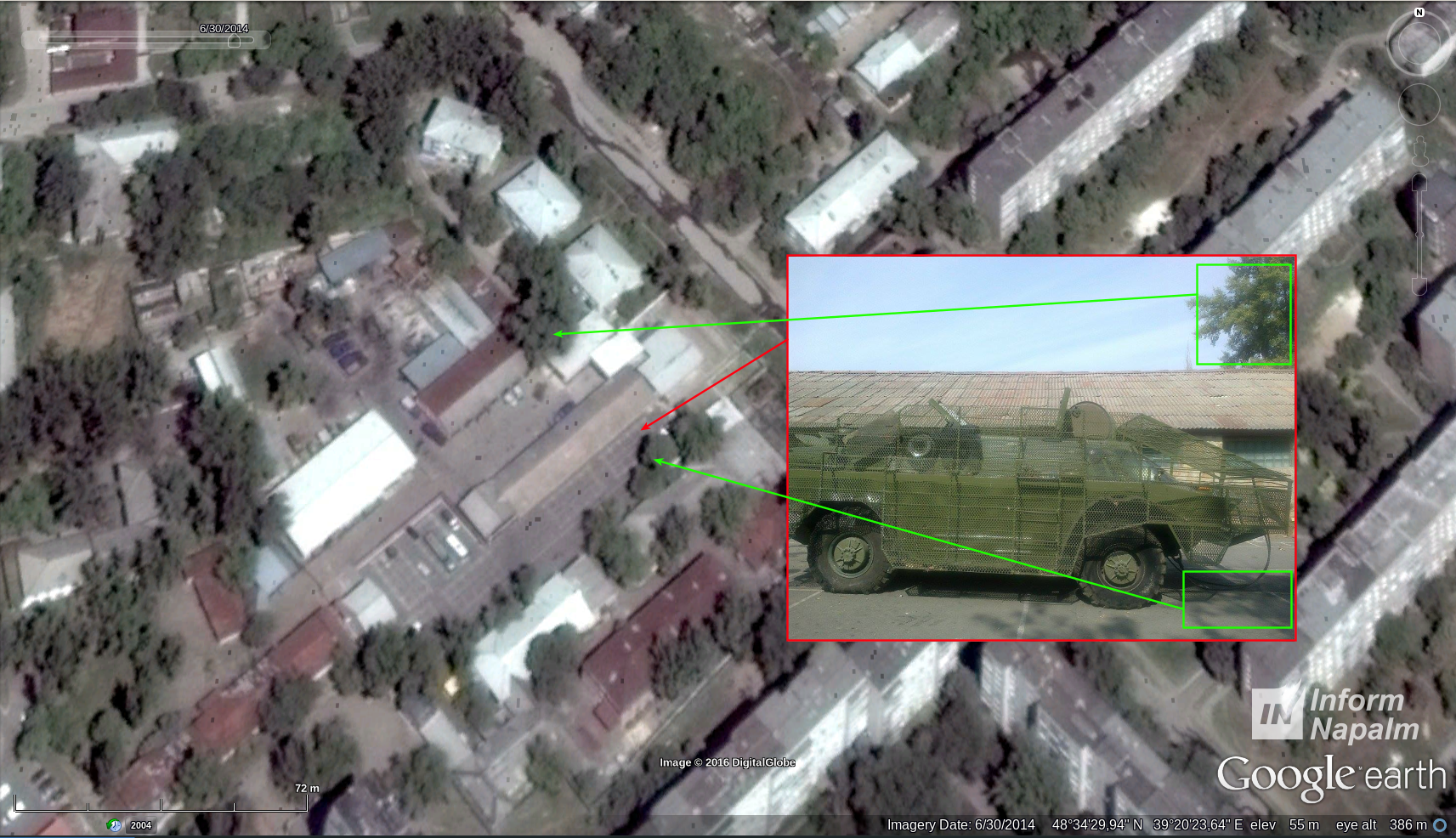 For other publications on the Ukrainian adventures of servicemen of the Russian Northern Fleet, see the following links: