The Tour of Duty of the 200th Special Purpose Separate Motor Rifle Brigade of the Northern Fleet of the Russian Navy in Rostov Region and in Ukraine. 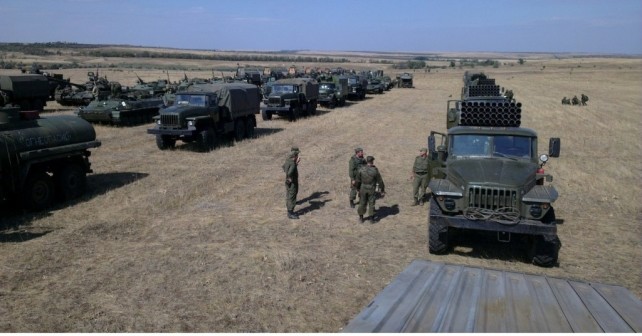 Shelling of Ukrainian territory by Russian artillery was discussed several times in the past. There is much evidence of it on the Web. We were able to identify multiple Russian army units which performed bombardments of military convoys and bases of the Armed Forces of Ukraine in the territories adjacent to the Russian border, fired from both Russian territory and within Ukraine.

In an effort to gather evidence of the direct involvement of Russian Armed Forces in an undeclared war against Ukraine, we found fresh photos and videos showing  “wandering raids” of a rocket artillery unit of a battalion tactical group of 200th Separate Motor Rifle Brigade of the Northern Fleet of the Russian Navy.

According to the existing documents, day and night bombardments were performed from locations in Rostov region close to Ukrainian border (presumably from the areas near the villages of Uglerodovsky, Anikin, and Gukovo) and directly from Ukrainian territory, near Krasnodon. See the photo attachement of 26 slides, and videos:

– As Luhansk People Republic.  A volley of a “Grad” battery, July 2014; https://www.youtube.com/watch?v=dww-9LUtCRU&feature=youtu.be

– A night volley of a “Grad” battery; https://www.youtube.com/watch?v=hTyAewgr_UA&feature=youtu.be

– A lot of fun in Gukovo. An MLRS volley to Ukrainian territory. https://www.youtube.com/watch?v=XtH9ZpfmaMw&feature=youtu.be

The first batch of photographs show the units artillery detachments 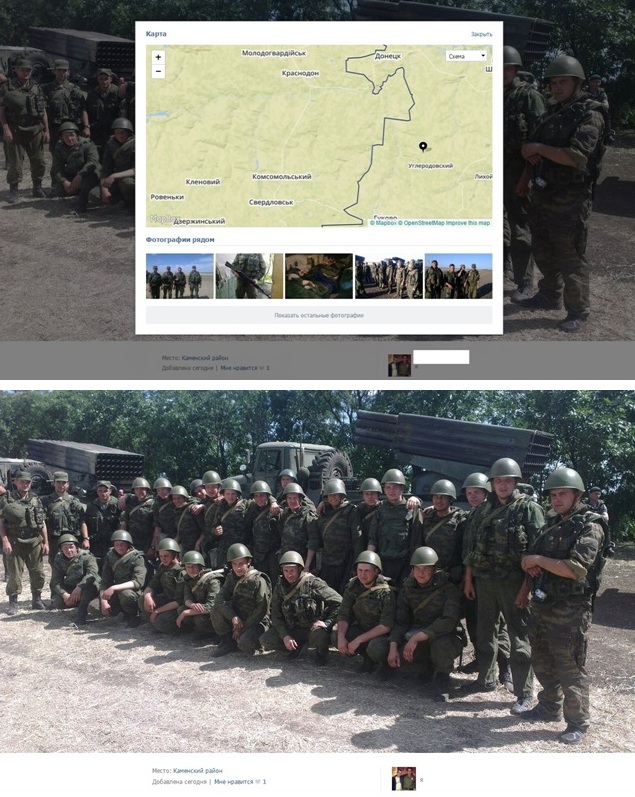 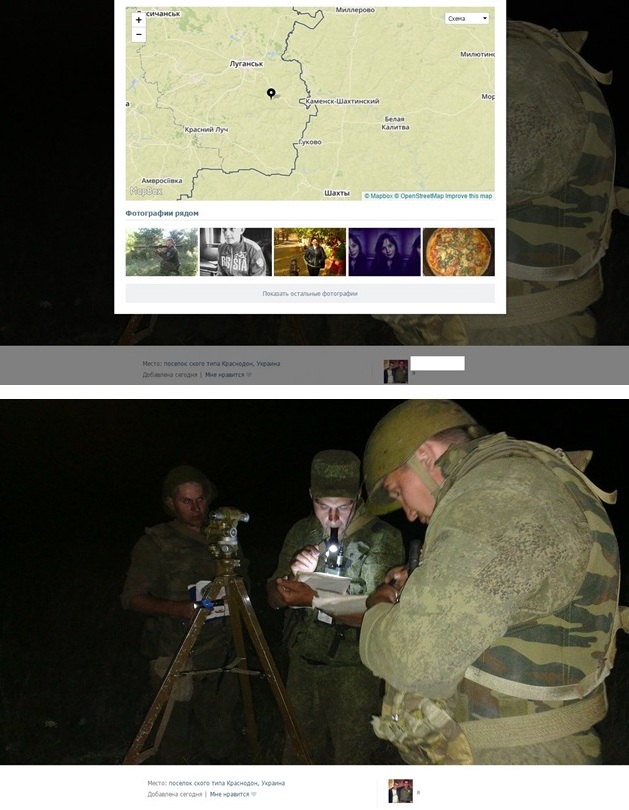 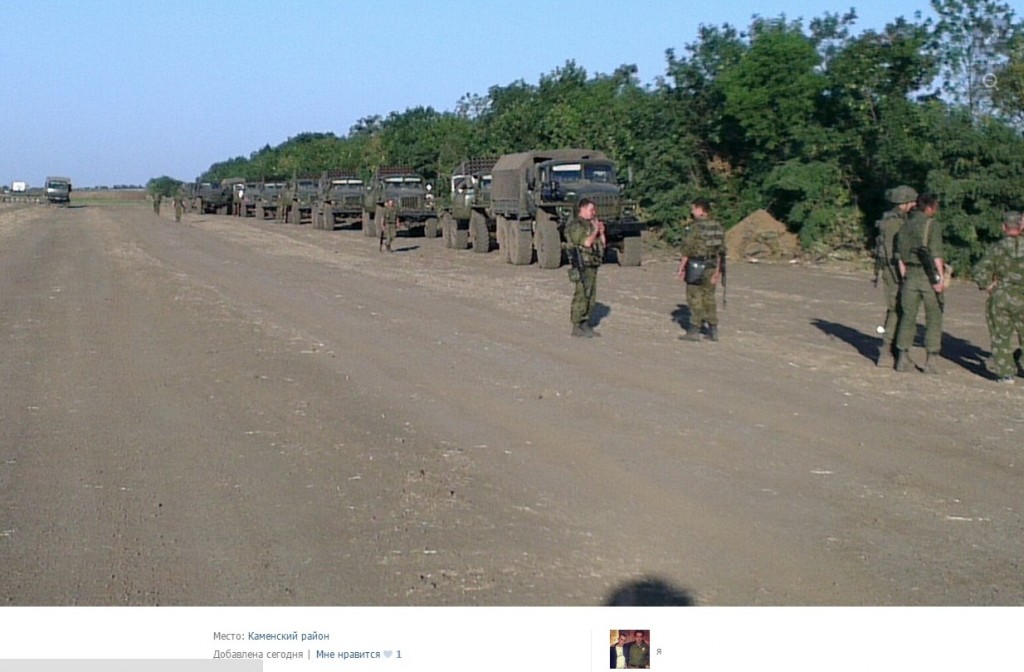 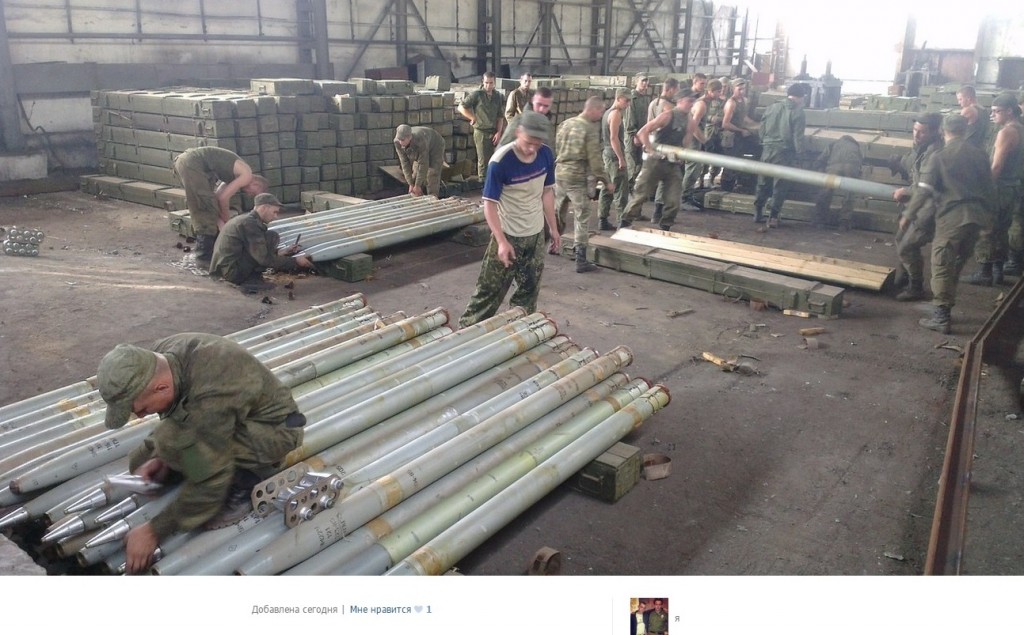 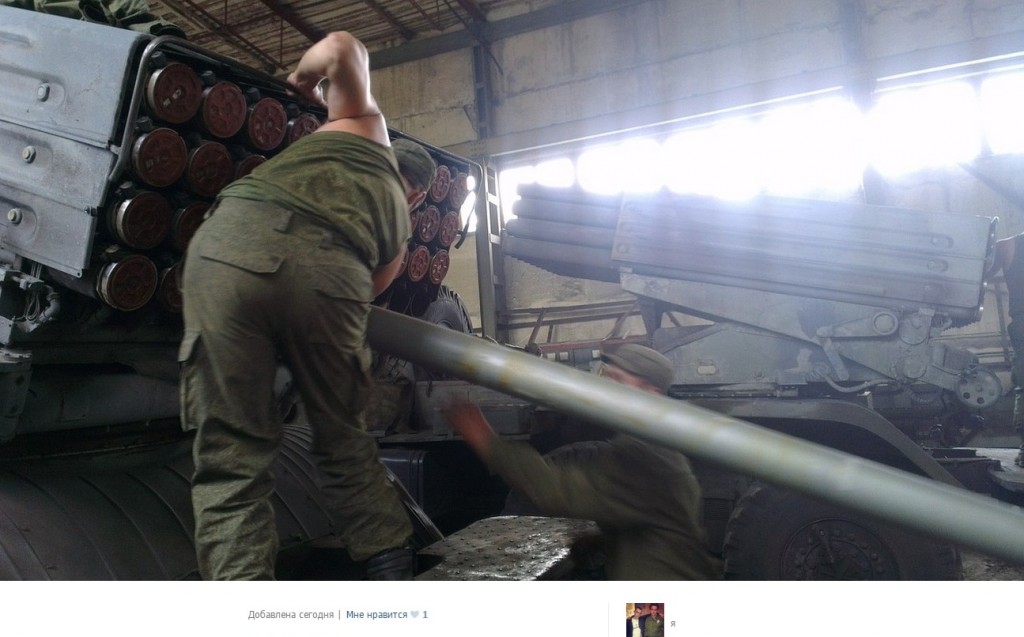 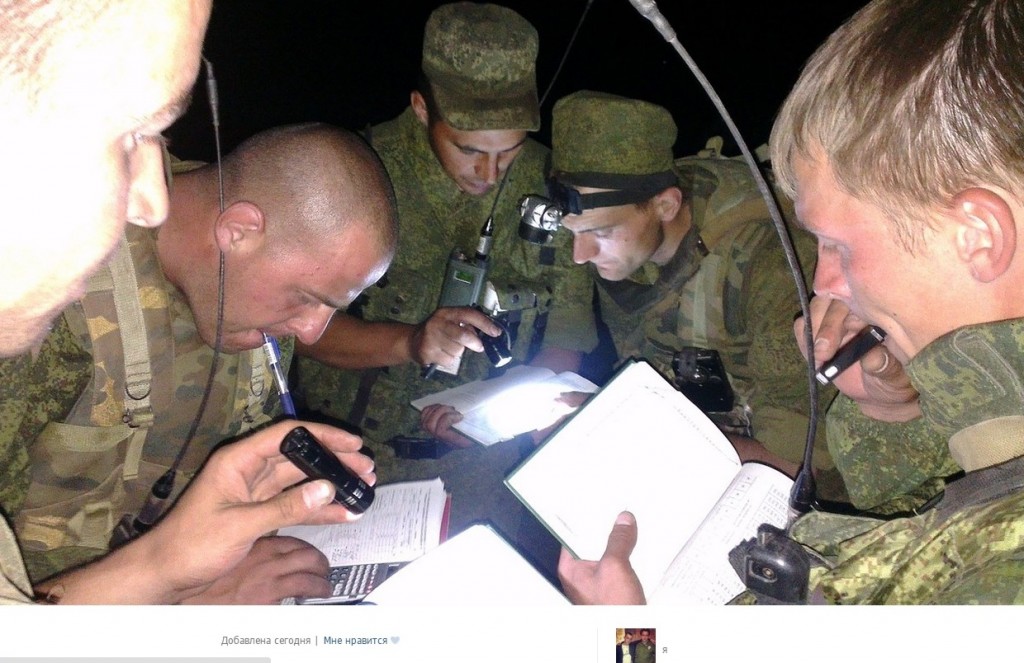 This 2nd batch of photographs below show the combat and transport vehicles of the combined unit. The vehicles lack license plates, but they have instead affectionate names of mothers and loved ones like “Antonina Ivanovna,” “Nafisa,” “Kristina,” or Soviet symbols and slogans such as “Death to the fascists,” “For Stalin,” “Death to Aydar,” and other nonsense.

Photos and videos were obtained from servicemen of 200th Brigade of the Northern Fleet. 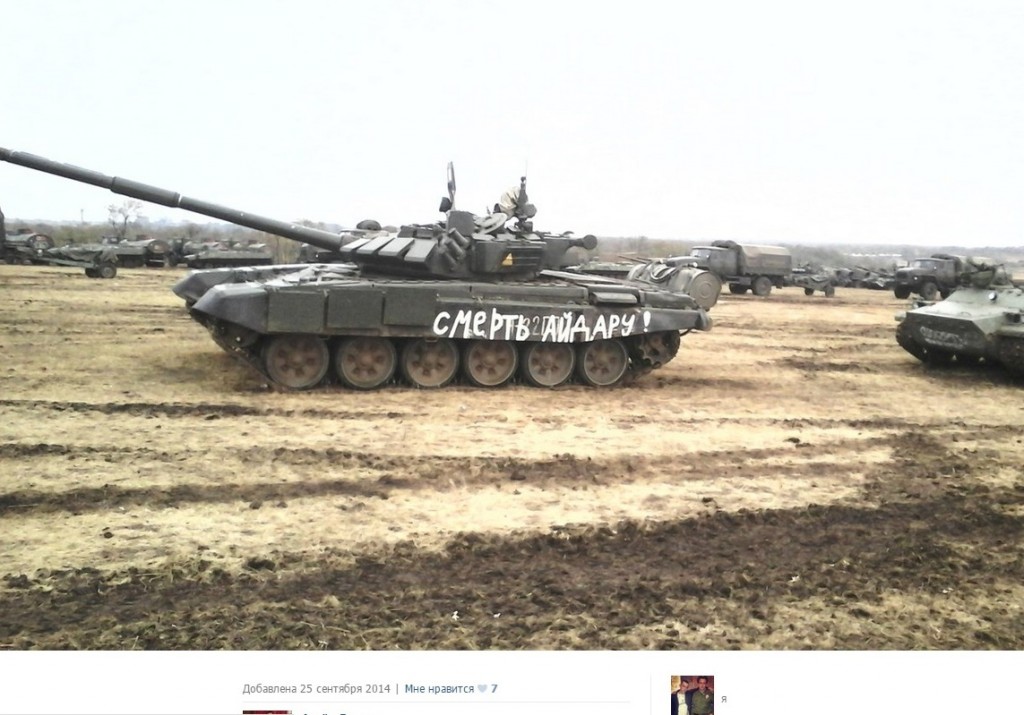 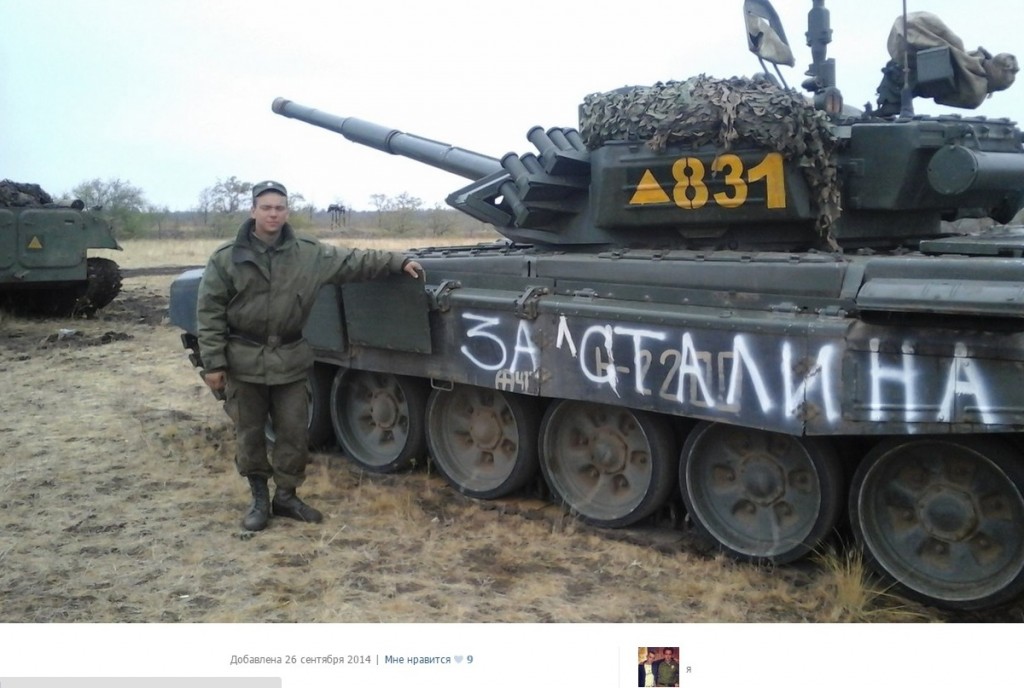 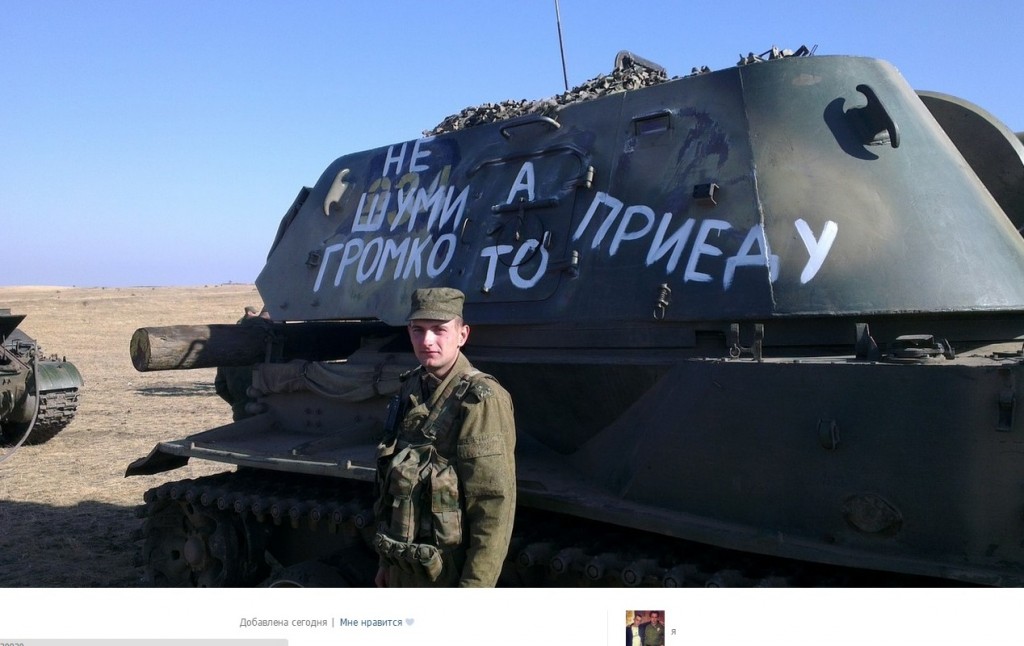 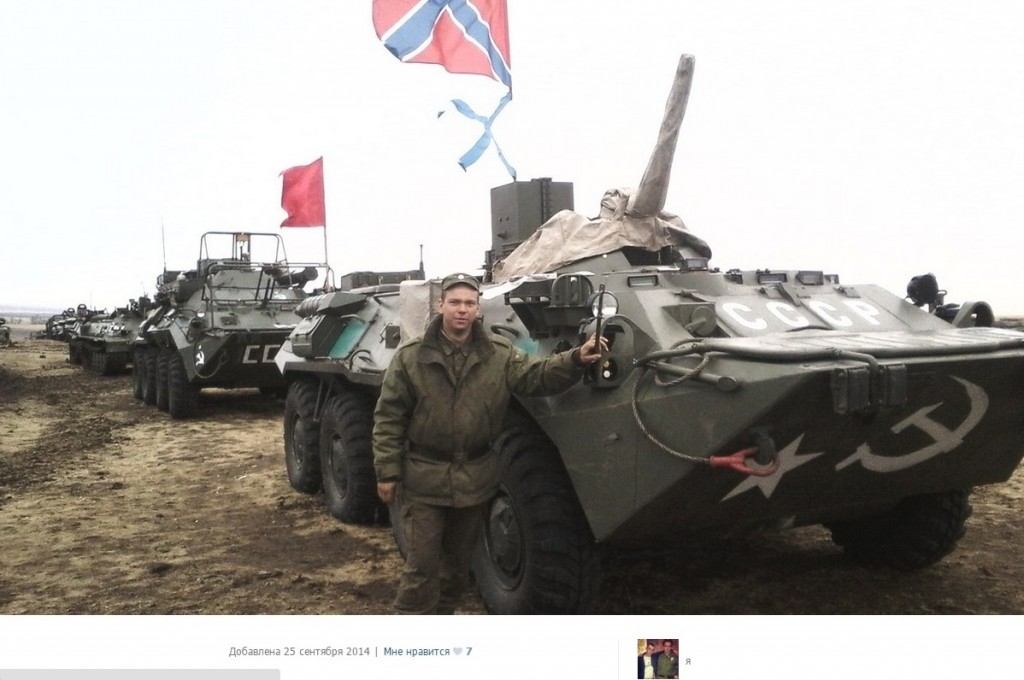 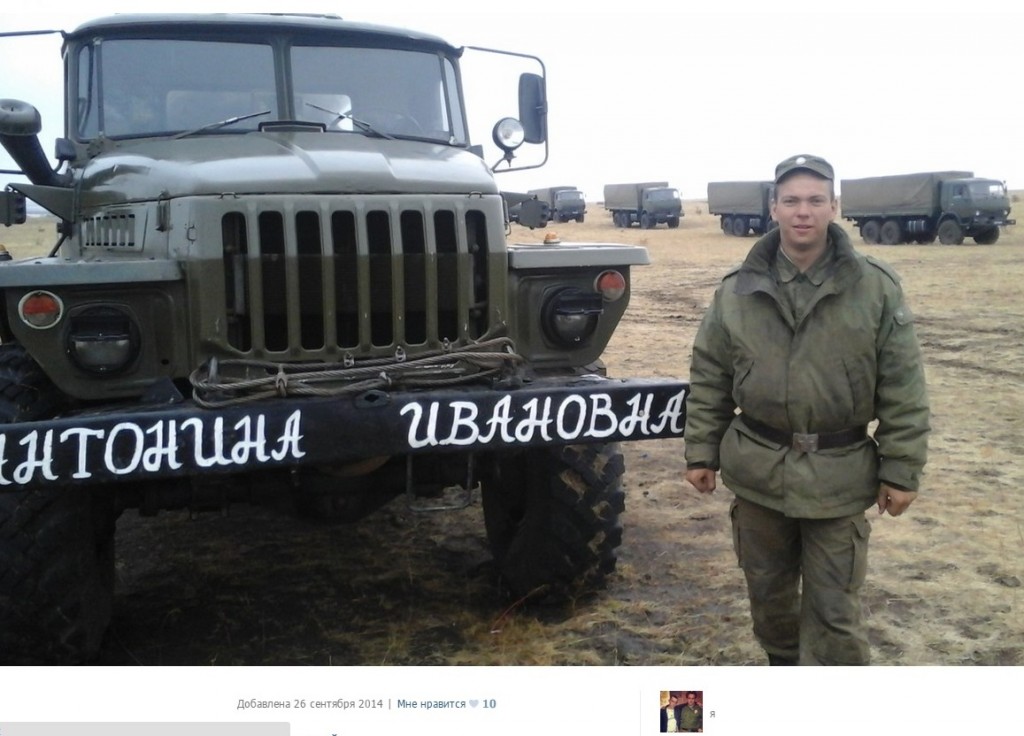 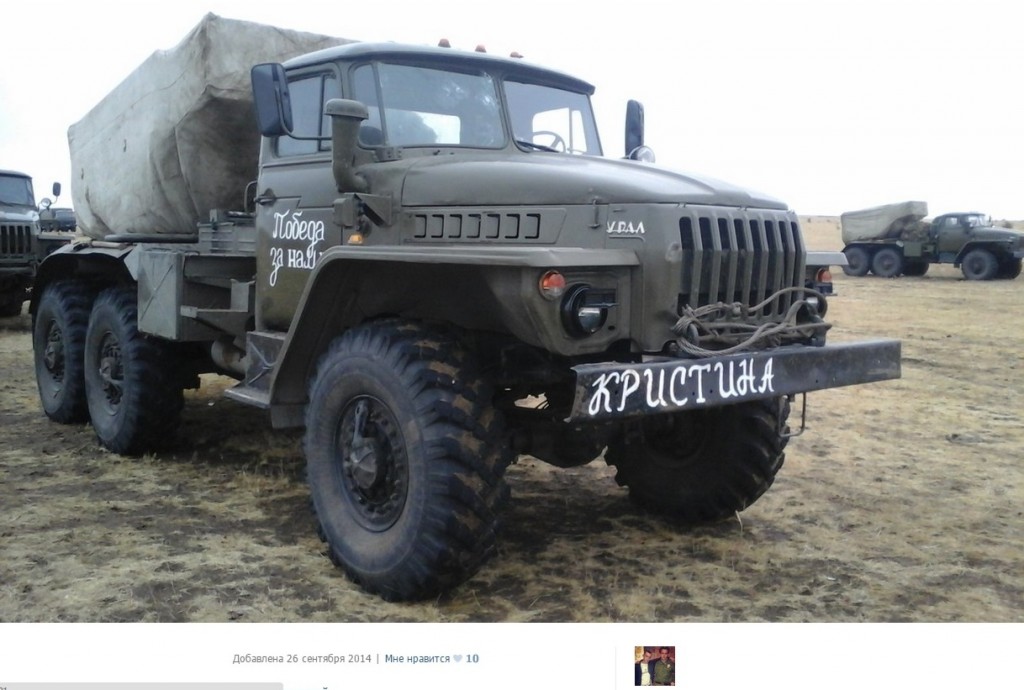 See also other texts on this subject:

– 200th Separate Motor Rifle Brigade of the Northern Fleet of the Russian Navy in Ukraine;

– Identification of the Russian invasion forces. The units and their losses in Ukrainian territory.

– Identification of Military Units and the Armament of Artillery Elements of the Russian Invasion Forces;
https://informnapalm.org/en/identification-military-units-armament-artillery-elements-russian-invasion-forces/

(с) This information was gathered exclusively for the project InformNapalm. Copying and use of the materials are allowed provided that a reference to the author and a link to our website are given.
Russian original:

27 Responses to “The Tour of Duty of the 200th Special Purpose Separate Motor Rifle Brigade of the Northern Fleet of the Russian Navy in Rostov Region and in Ukraine.”