“I’m no war criminal, I’m a terrorist” – confession of a Russian soldier 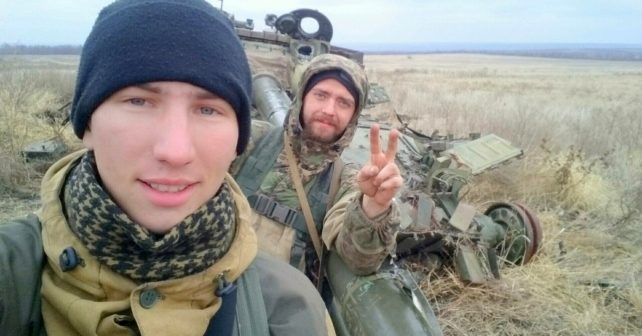 New OSINT investigation of InformNapalm volunteer intelligence community focuses on several servicemen of the 8th Mountain Motorized Rifle Brigade (military unit 16544, Southern Military District of Russia) involved in hostilities in Ukraine.
In this article we will show the algorithm of data collection from open sources and detecting of social relations between Russian war criminals.

In spite of common belief, volunteers of InformNapalm never disclose personalities of Russian servicemen fighting in Donbas immediately. More often than not objects of investigations are put under long observation in order to identify additional contacts and find new intelligence information. It can last for months and most of the objects do not see our shadowing. But when they become less active on social networks or we see the risk that the investigation might stall and that the evidence could be deleted, then we expose the object of investigation with all evidence and archives.

A vivid example of our work is a long shadowing of the Russian serviceman Denis Gordov.

We decided to publish this investigation because of Gordov’s message sent to the administration of Myrotvorets Center after he found himself in their Database classified as a war criminal. This Russian Army serviceman voiced his concern for being put into the wrong category of terrorists and asked to be moved from regular Russian Army servicemen to mercenaries fighting in Donbas. We are quoting this message here: 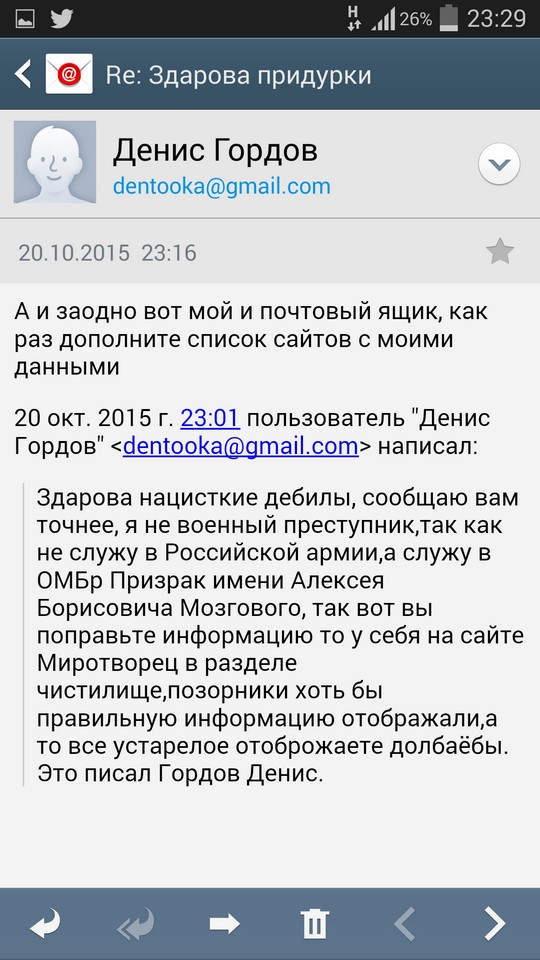 Message text (Warning: explicit language): “Hi, Nazi jerks, I am not a war criminal, since I am not a Russian serviceman, I am serving in Prizrak Brigade named after Alexei Borisovych Mozgovoj, and you ought to fix information on your site in database, you sorry motherfuckers – no correct information, only outdated garbage there. Written by Gordov Denis”

Getting on Myrotvorets lists, obviously alerted Gordov. He promptly removed almost all the photos from social networks that could evidence his service at the Russian Army. But some time later, after he understood the power of cache, Gordov chose another strategy. He decided to show himself a “former serviceman”, and in 2016 he republished his pictures made in 2015. It shows that Gordov already got the feeling of impunity for his crimes. He awkwardly tried to cover the fact of his being assigned to Prizrak gang from Russian Army. However, it becomes obvious after further research into his connections.

Let us have a look at the data “honestly” filled in by Gordov in his VK profile . 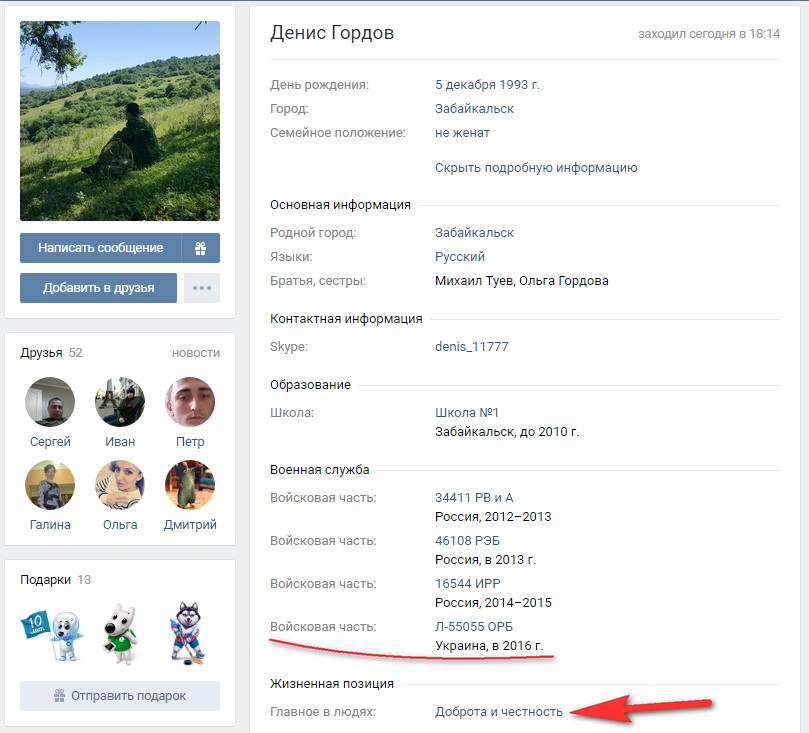 Especially note the part of his profile concerned with his military service:

So called military unit L-55055 is a separate reconnaissance battalion, a cover for secondment of Russian serviceman to Luhansk People’s Republic (LPR) illegal armed groups. The famous special forces operatives of Main Intelligence Directorate (GRU) captain Erofeev and sergeant Alexandrov, which were captured by Ukrainian Army on May 16, 2015 during a failed raid of a Russian subversive group near Shchastia, Ukraine. Sergeant Vadim Pugachov of the Ukrainian 92nd Infantry Brigade was killed in action during this attack. On May 25, 2016 these Russian war criminals were exchanged for Nadiya Savchenko.

Returning to the object of our investigation, it is worth noting that in May 2016, Denis Gordov posted his CV on a HR site in his native city Zabaykalsk, where in the Additional information section he wrote: “Conscript soldier from 2012 to 2013, contract soldier from 2014 to 2015, learn easily, responsible”.

As we can see the time of service on his CV corresponds to the time of service specified in his social network profile. Then May 2016 is the approximate time of the end of his contract term. Which means that while in Donbas Gordov was not a Russian mercenary, but a regular Russian soldier and hence a war criminal. 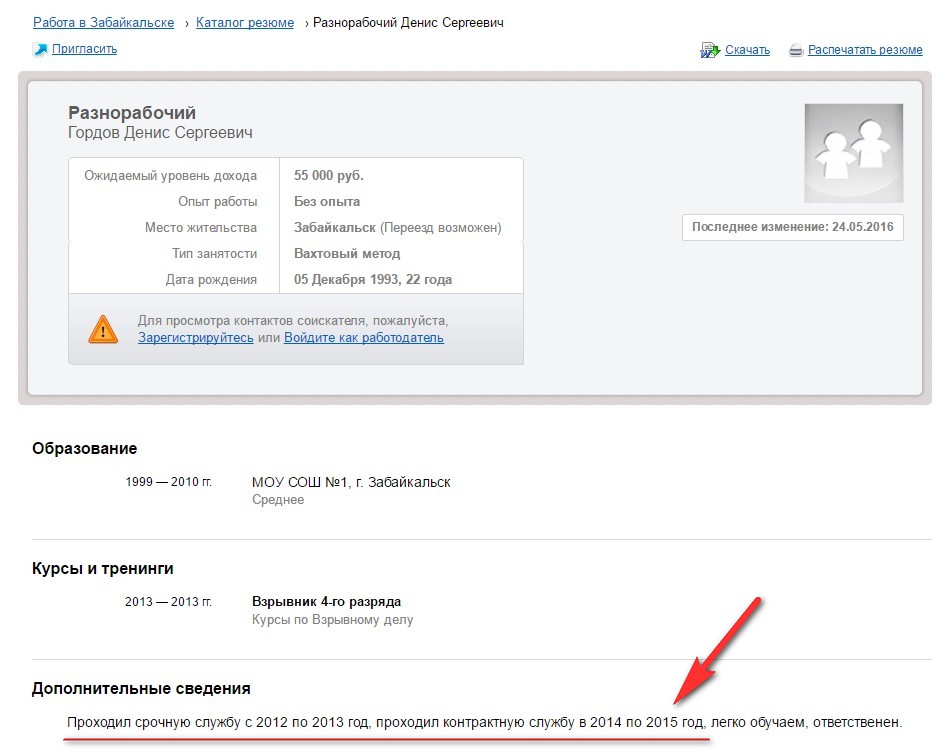 Let us go back to the chronology of events. On July 28, 2014 Gordov started to research about service in military unit 16544 (Borzoy). This is approximately the time of the contract term start with the Russian Army (see screen shot):

“Hi to all reading this. I submitted docs for contract. Got an offer for Borzoy, dunno which military unit, but definitely engineer battalion, cause I did conscript service as a sapper, my job was to destroy ammunition. My rank is private soldier. Could you tell how is situation there? Is it allowed to live outside the barracks? What is the salary like? And what kind of jobs sappers do there at all? ”

And now let us examine specific evidence of his involvement in the war in Donbas. 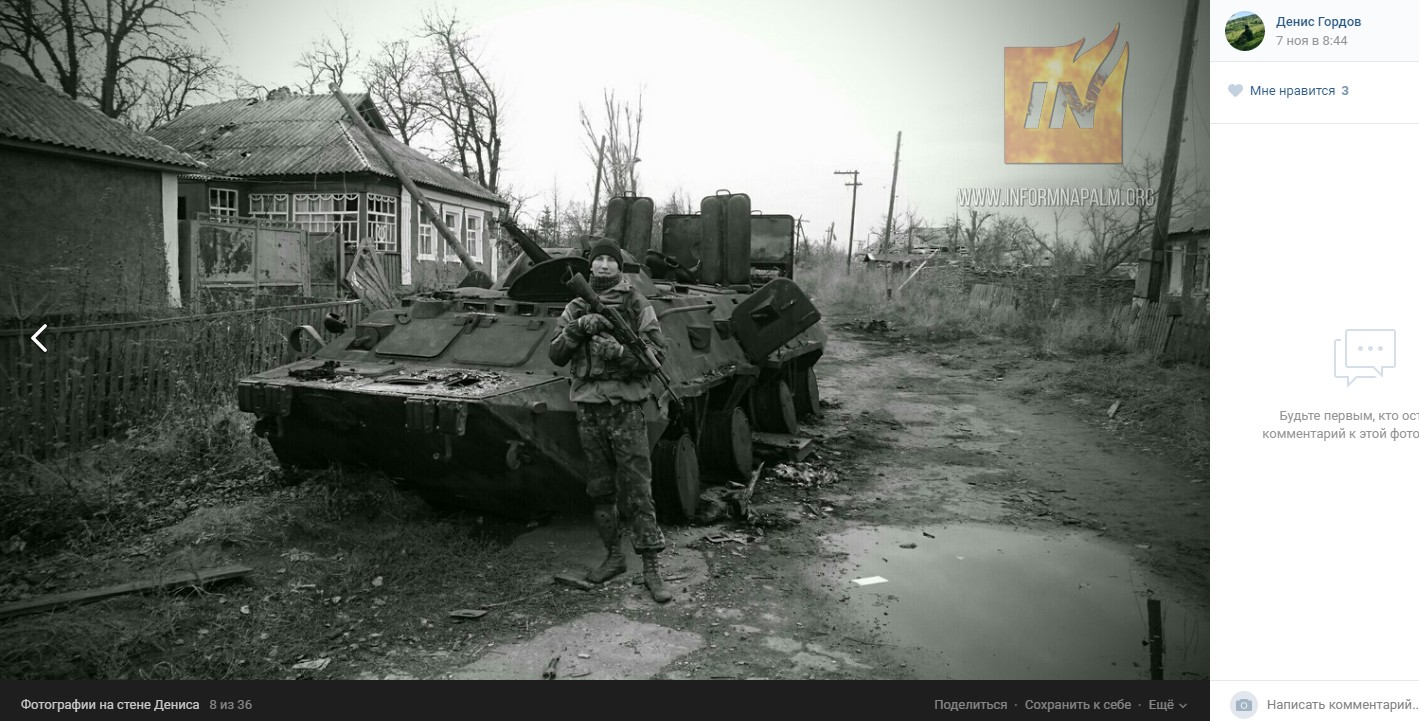 This burned armored personnel carrier (APC) BTR-80 is well visible on satellite images. Coordinates 48.7486376, 38.8585165. Let’s take note of the trace behind the burned APC. The APC must have been moved to the roadside because it was hindering the traffic.

To understand when the picture could be taken we would like to show archived terraserver pictures. 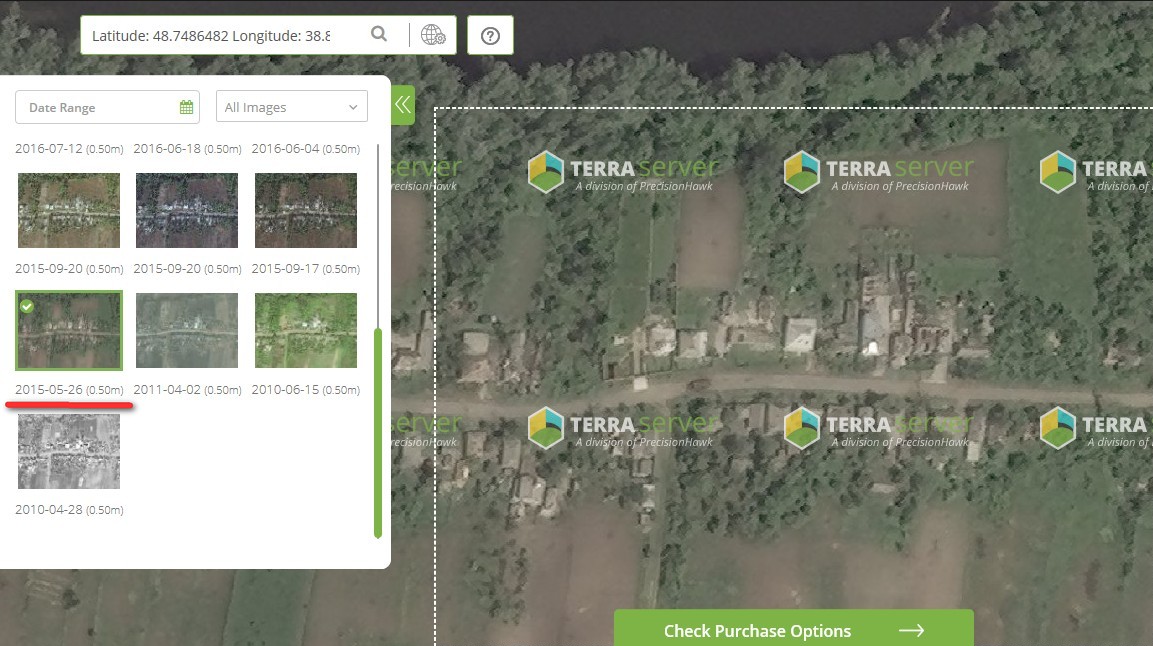 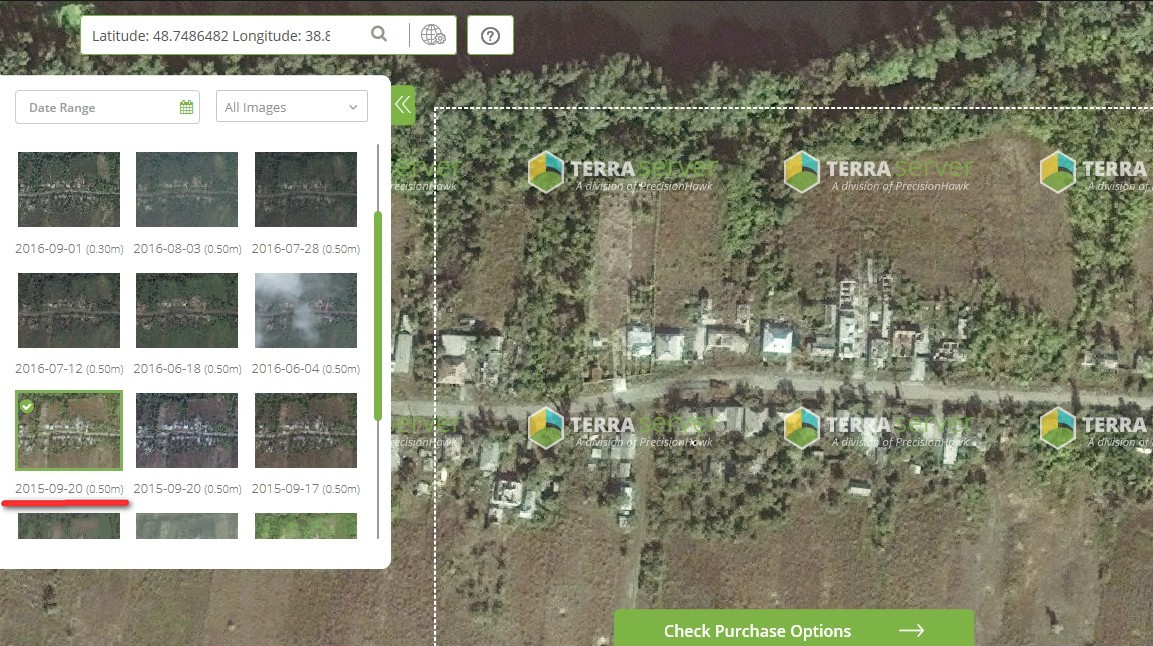 June 18, 2016 – the APC is already not on the picture, but the trace where it had been destroyed can still be seen. 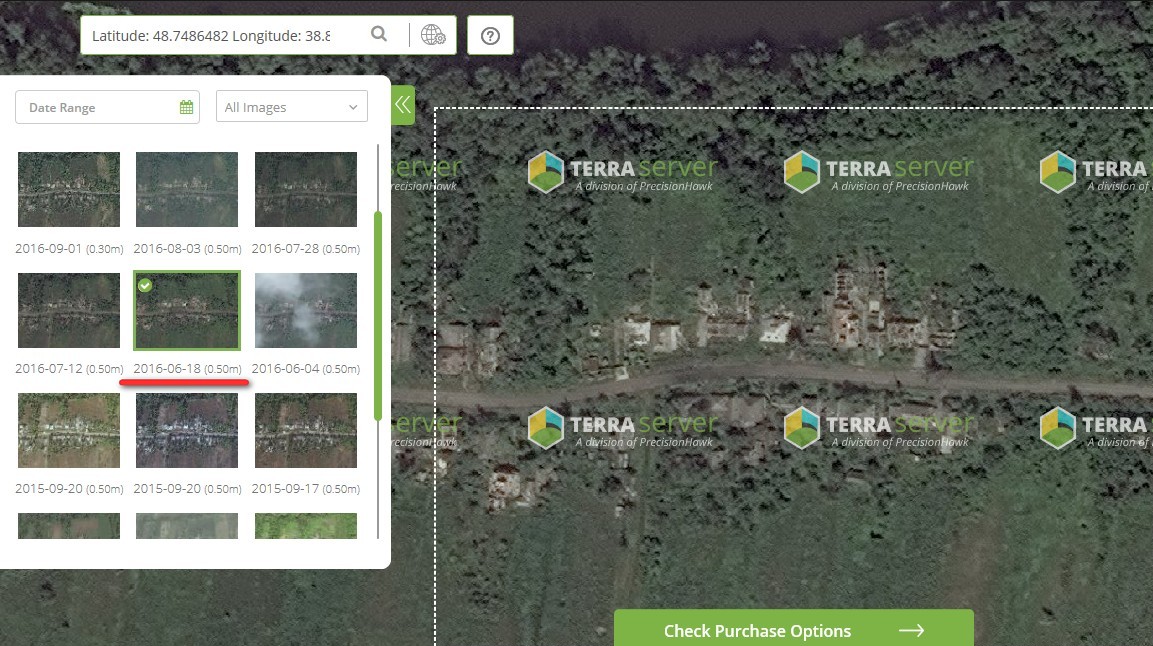 After the study of the satellite images we could establish that the picture with the APC was taken in autumn 2015. Judging by the weather (no leafs on trees, hoarfrost on the grass), it must be November 2015. 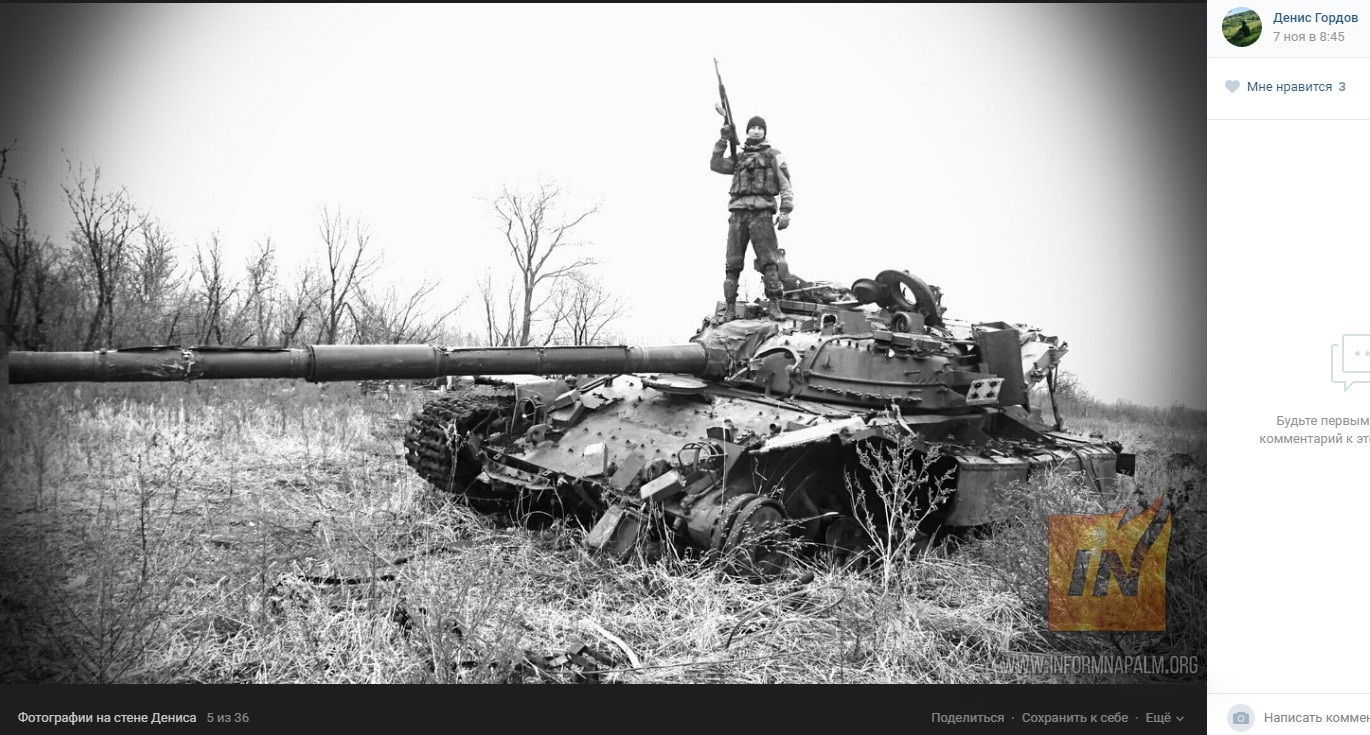 In the database of Myrotvorets Center we found a screenshot of the picture posted by Gordov with a comment of Mikhail Tuev: “I am kinda sad here”.

Note that there are Russian servicemen in standard uniform on the picture. 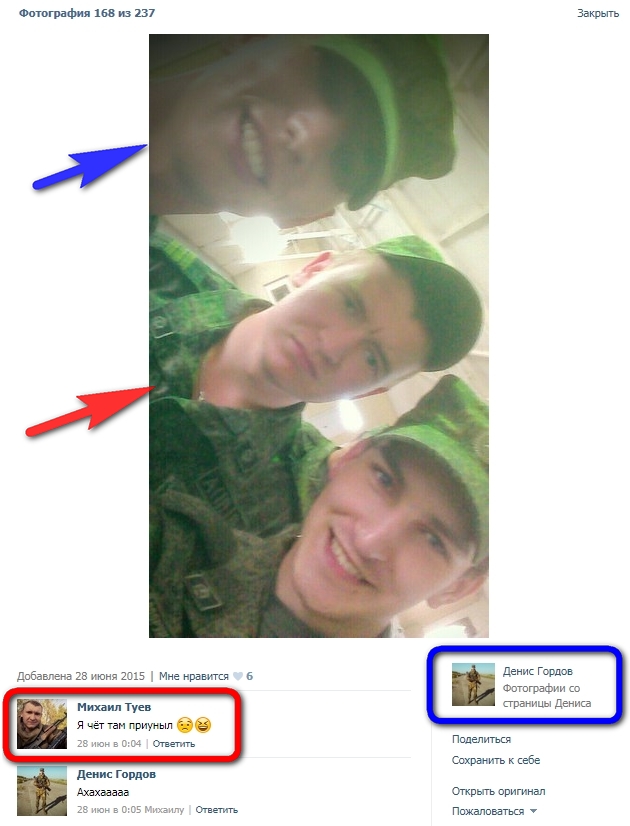 Mikhail Tuev, following in the footsteps of his colleagues, posted some pictures from his “Ukrainian mission”. Let us take a look at the most notable ones from his album 1, 2, 3, 4. 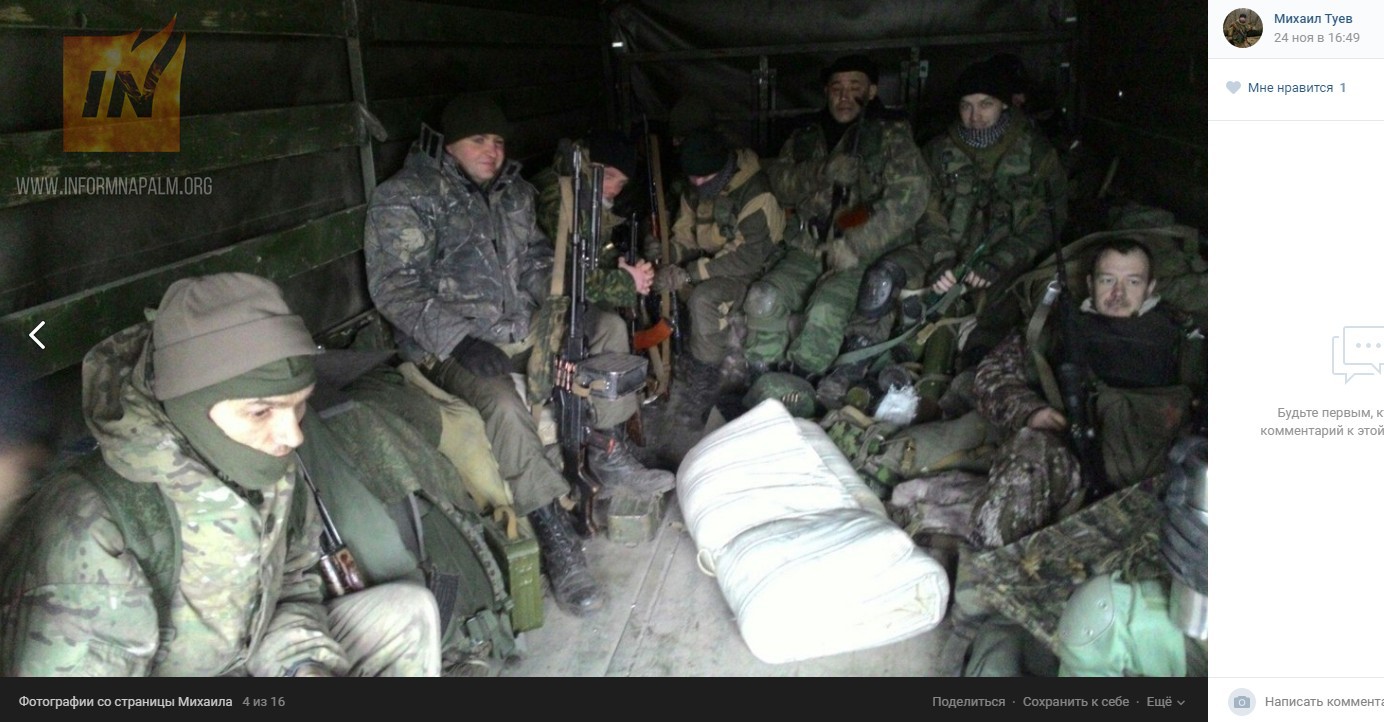 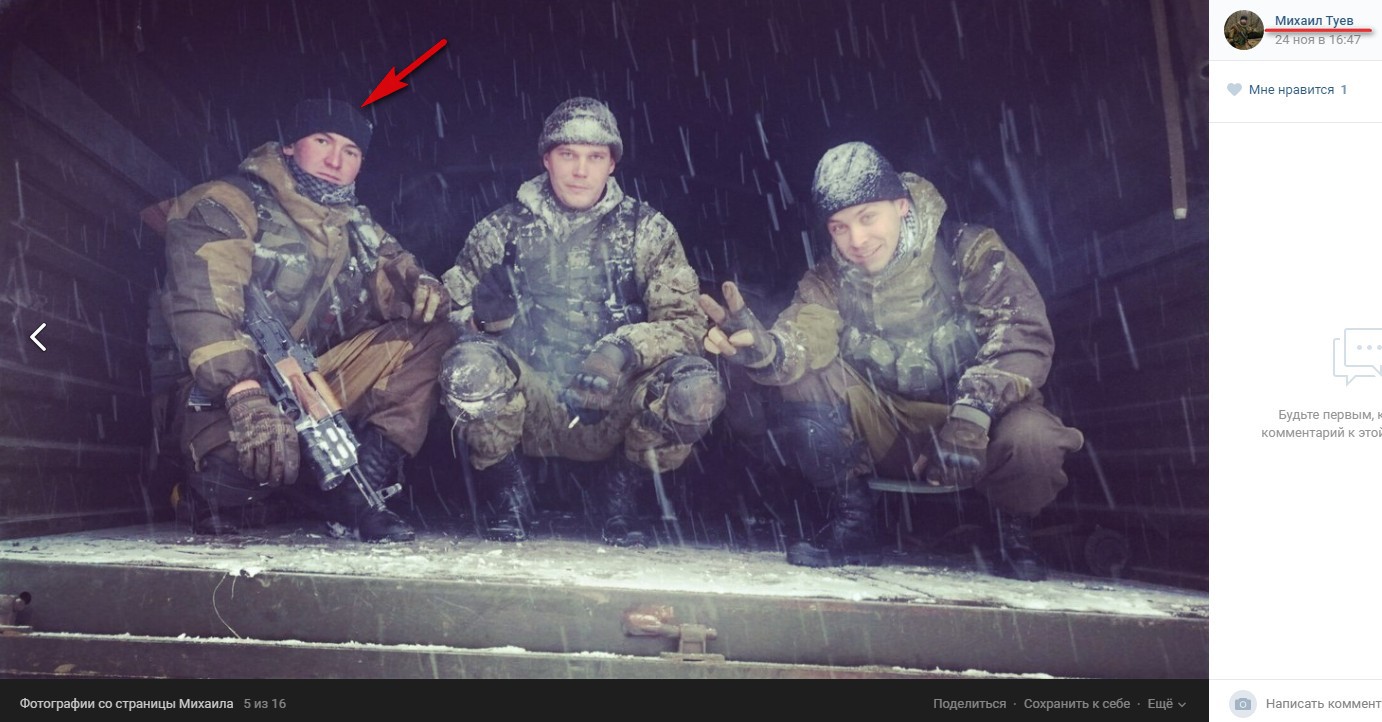 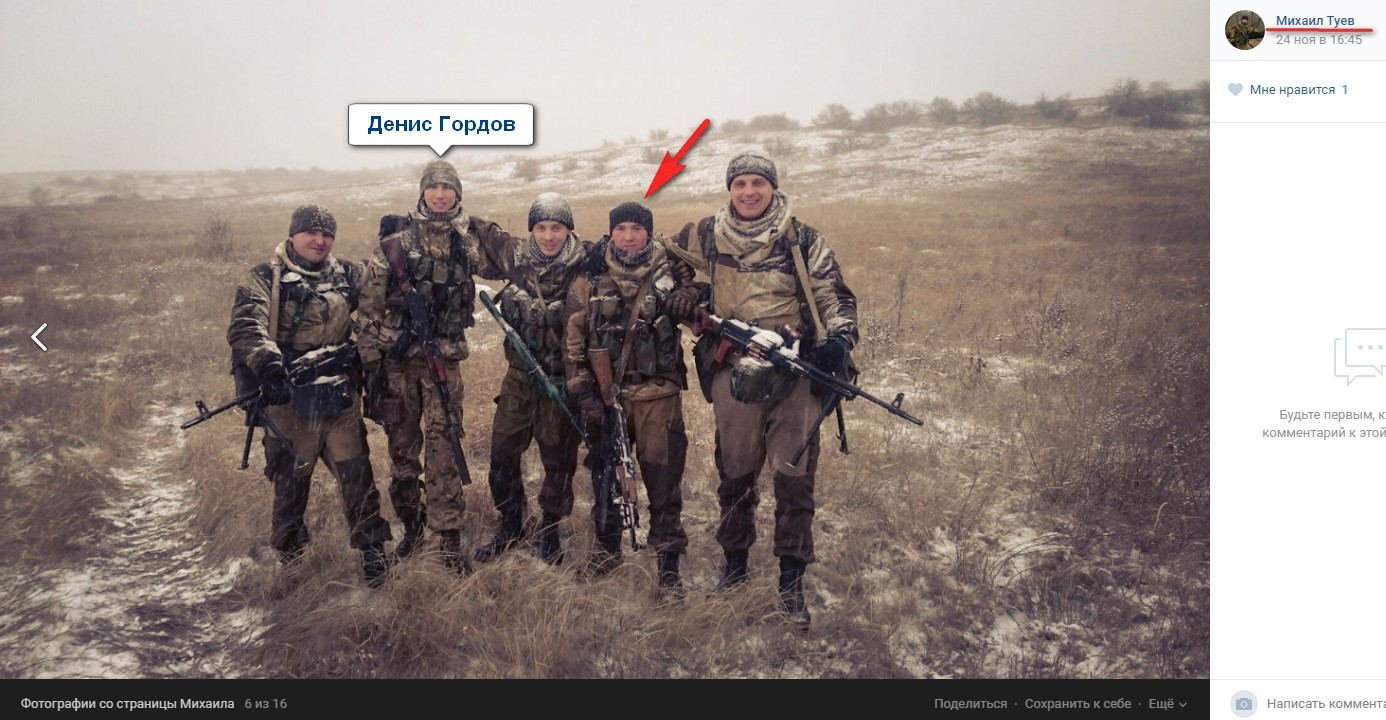 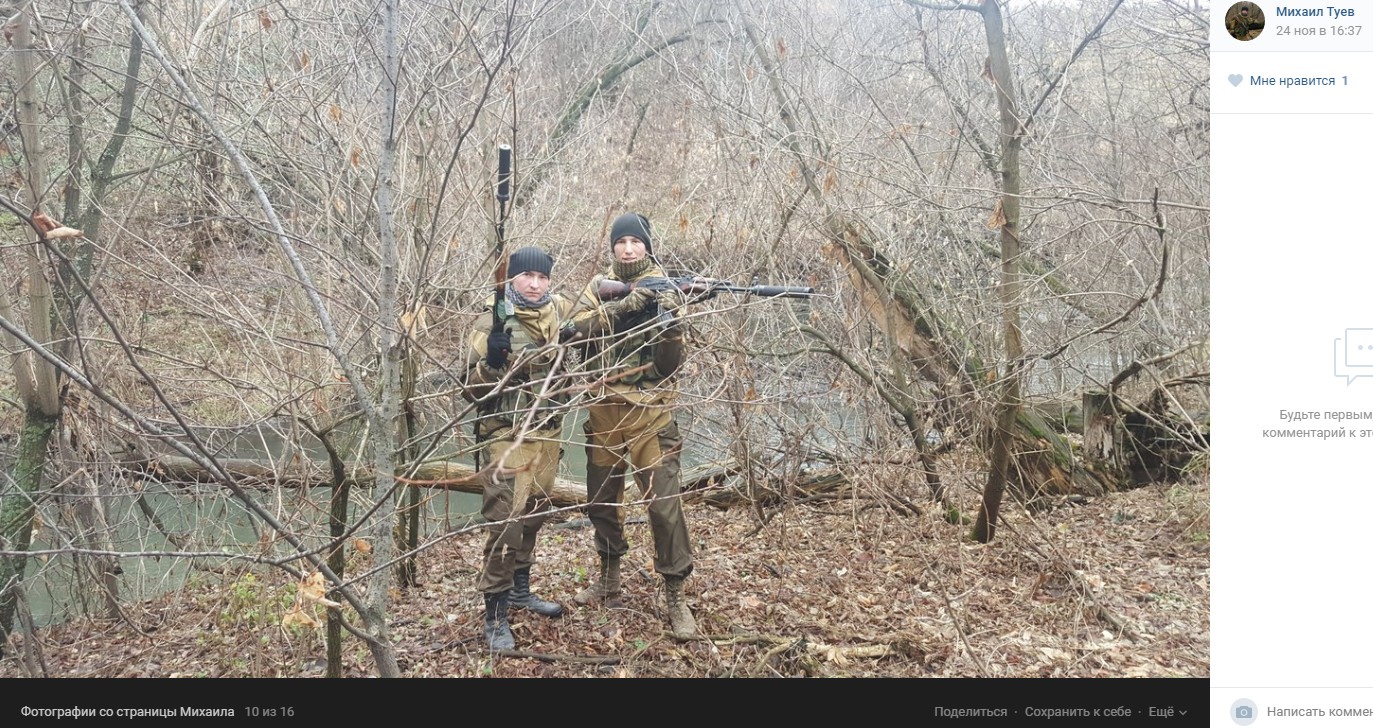 Their common friend Maksim Lopushor provided us with additional pictures as linking evidence.

Another selfie, (a must-have item).

This selfie was taken near a cabin at the railroad crossing “57th km” that is on periphery of Donetskyi village in Luhansk Oblast. 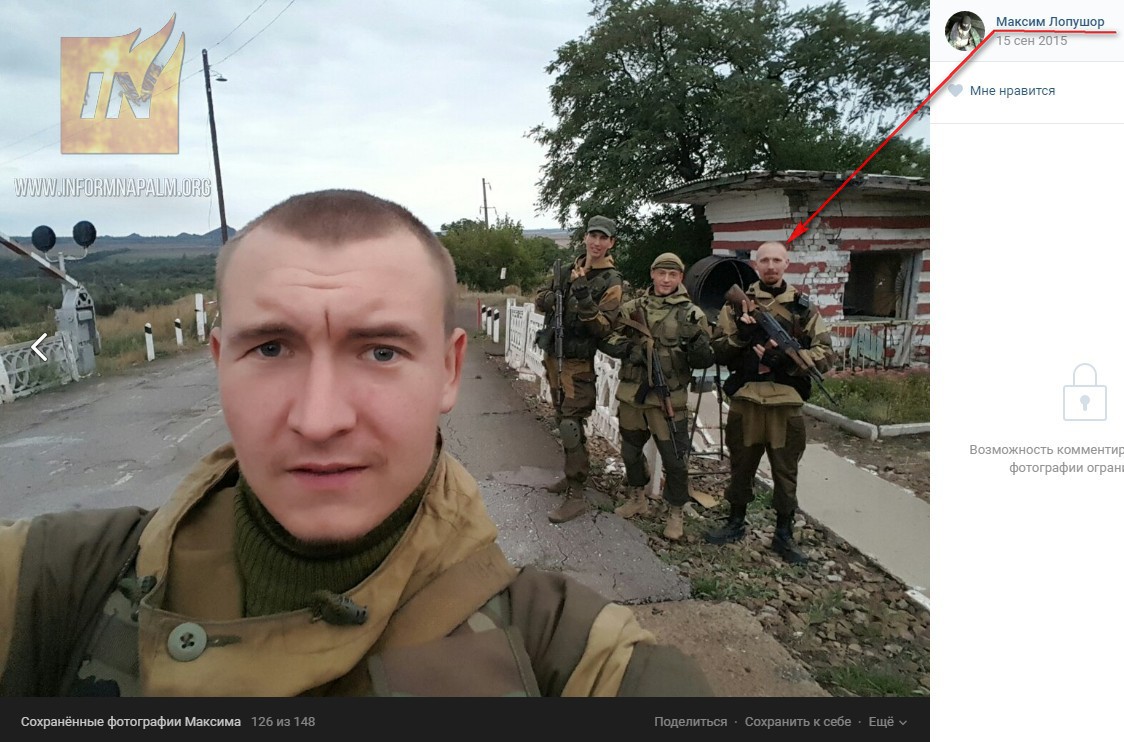 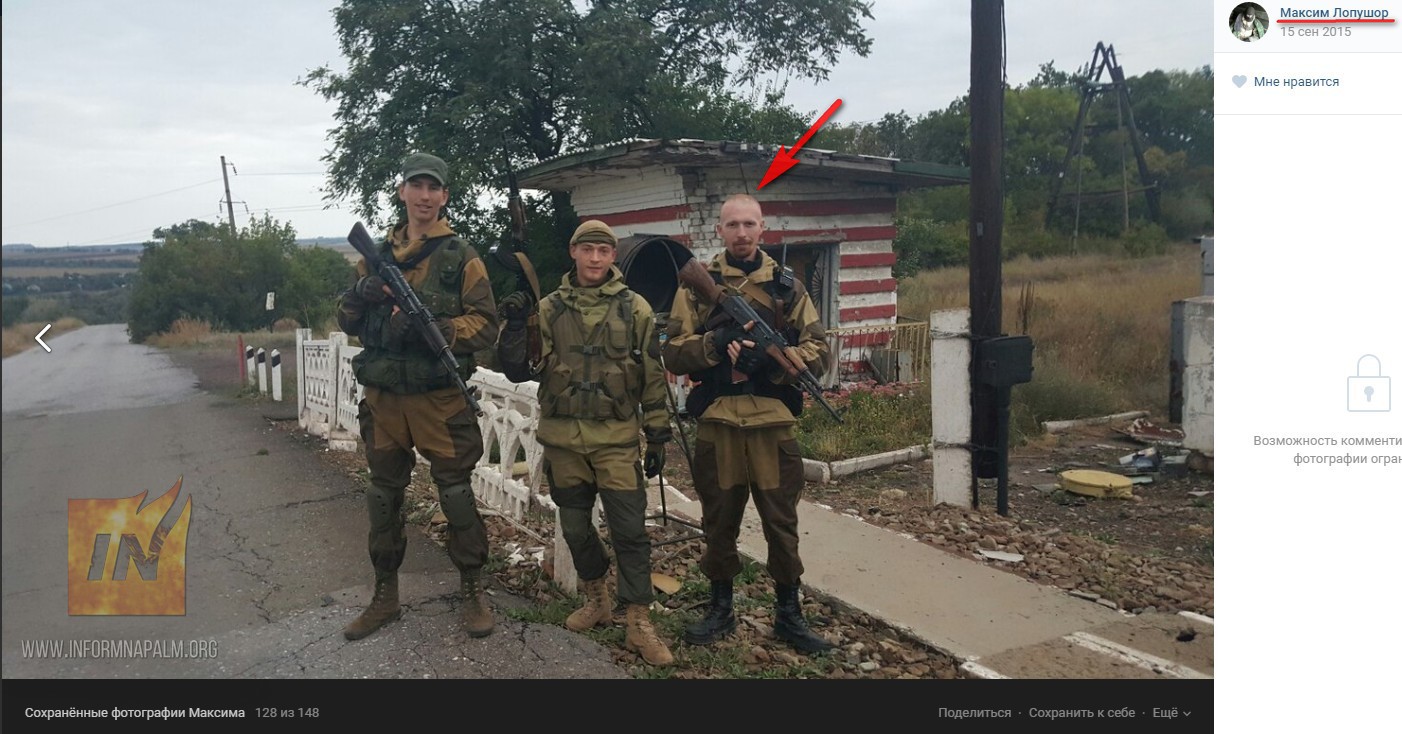 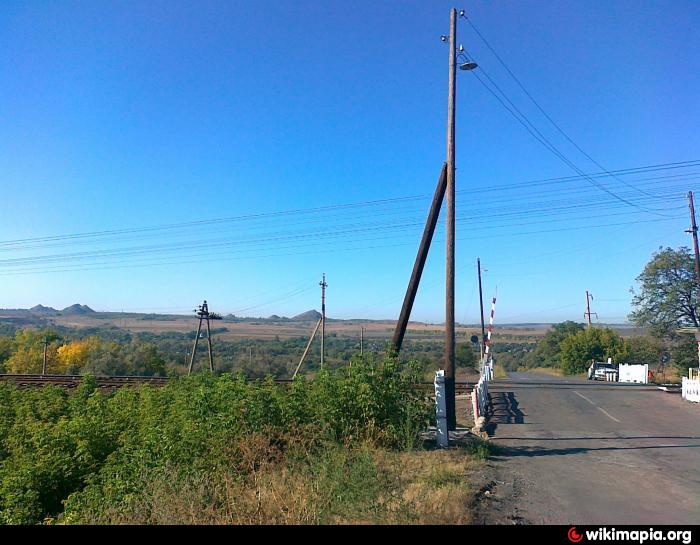 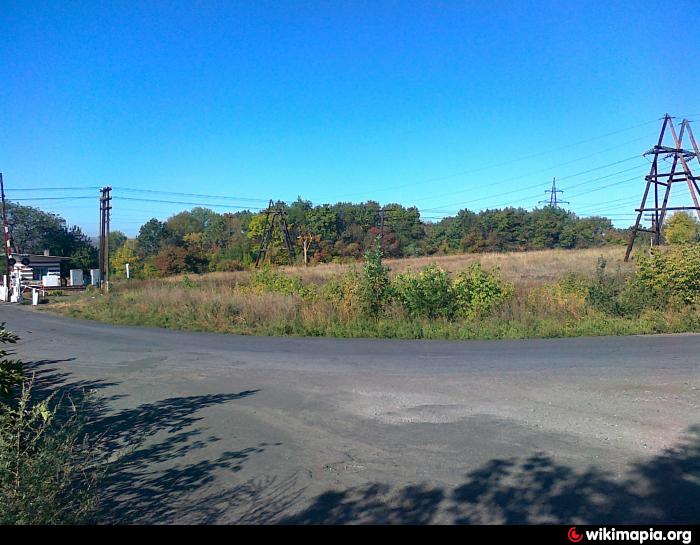 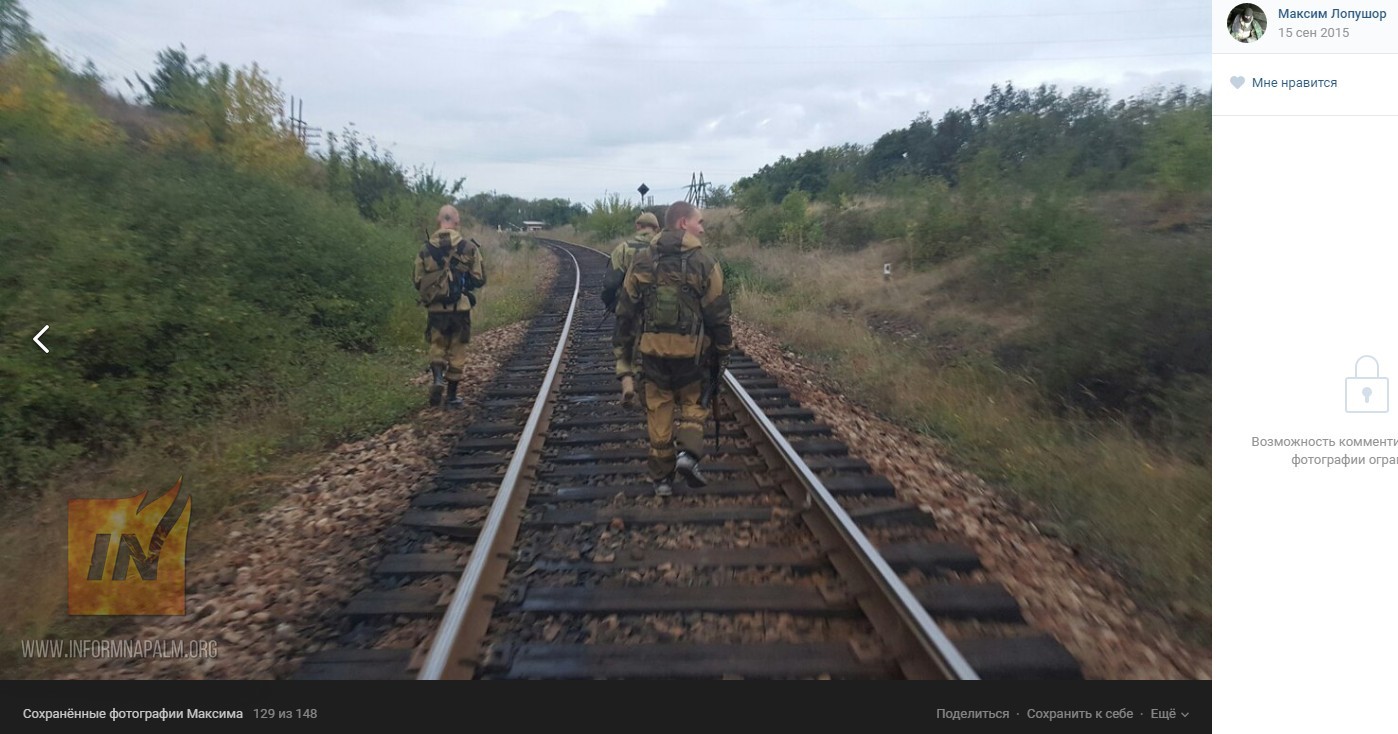 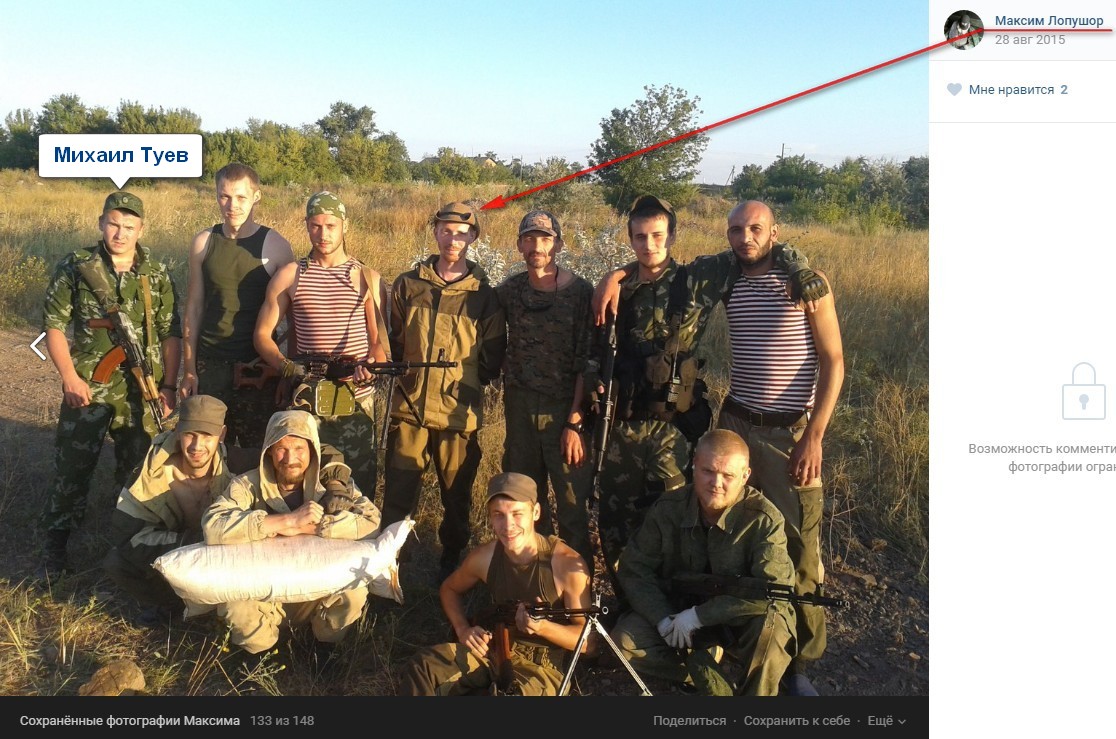 In the archives of UKROPalantir, our search and identification system, we found some more deleted pictures that Gordov was trying to hide. 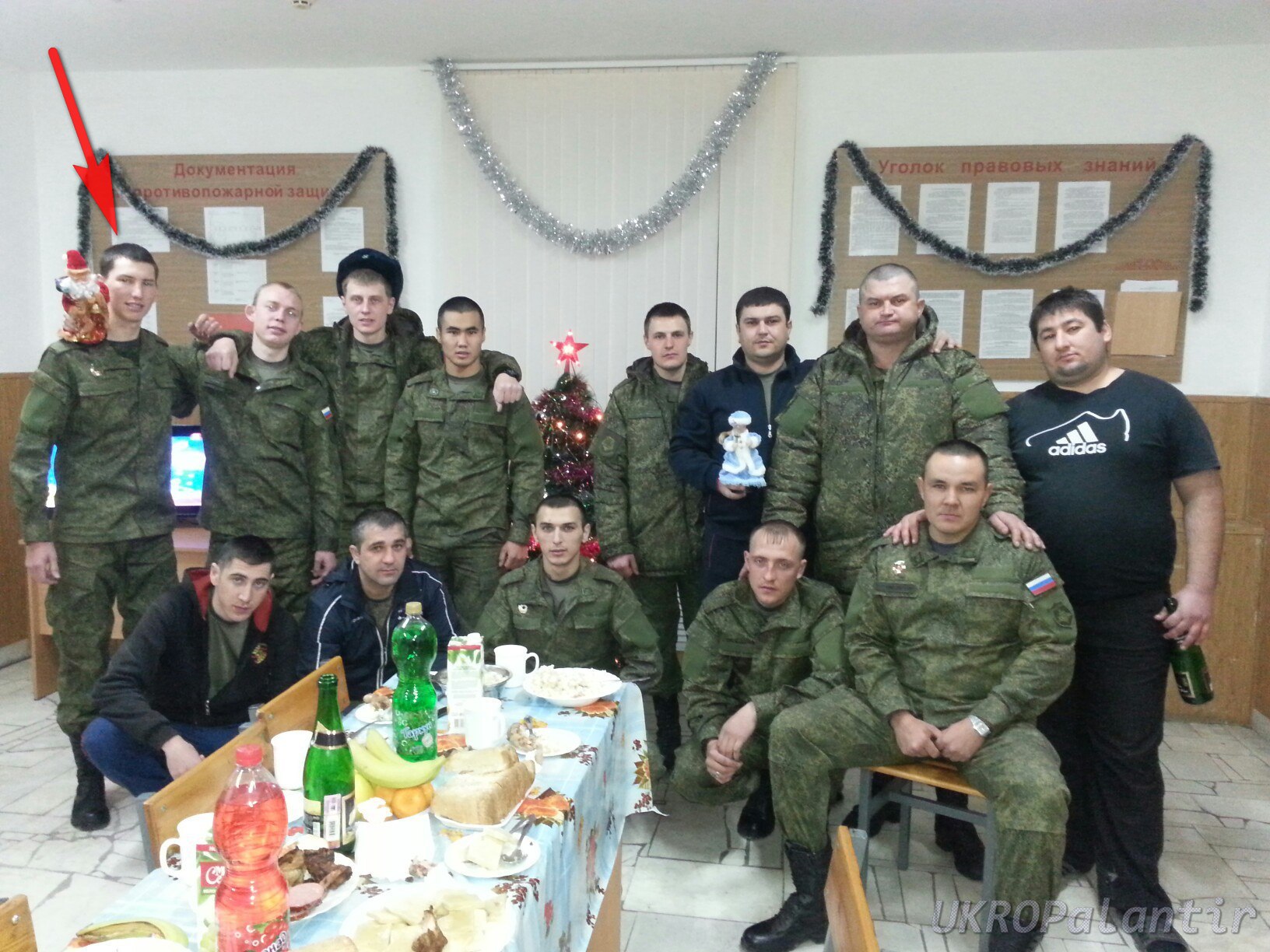 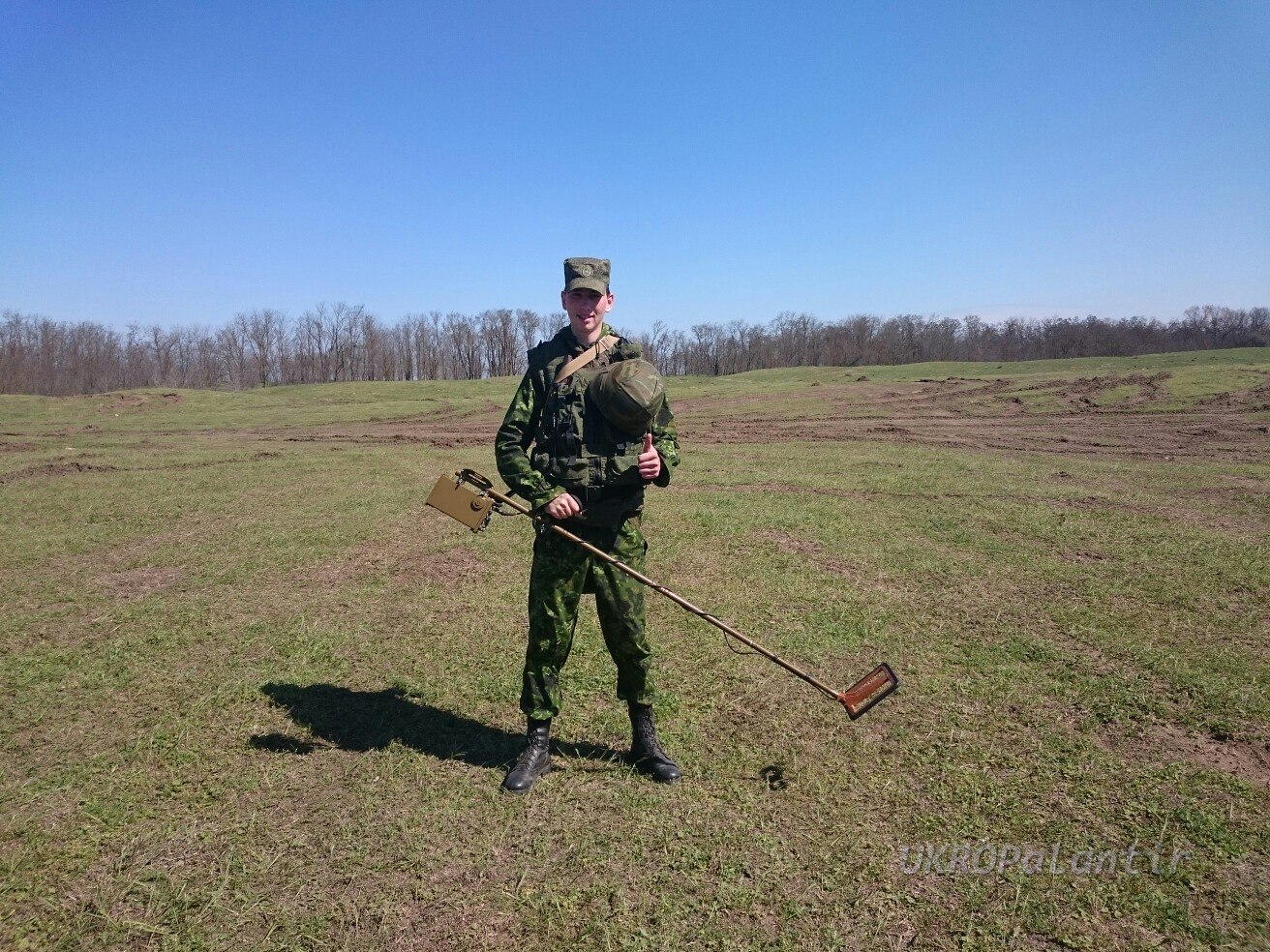 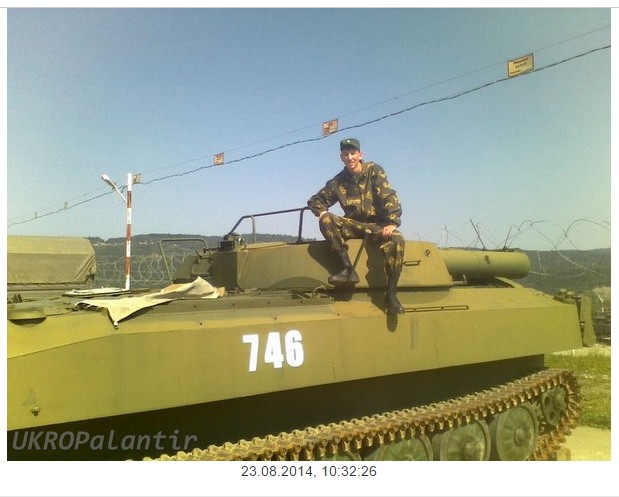 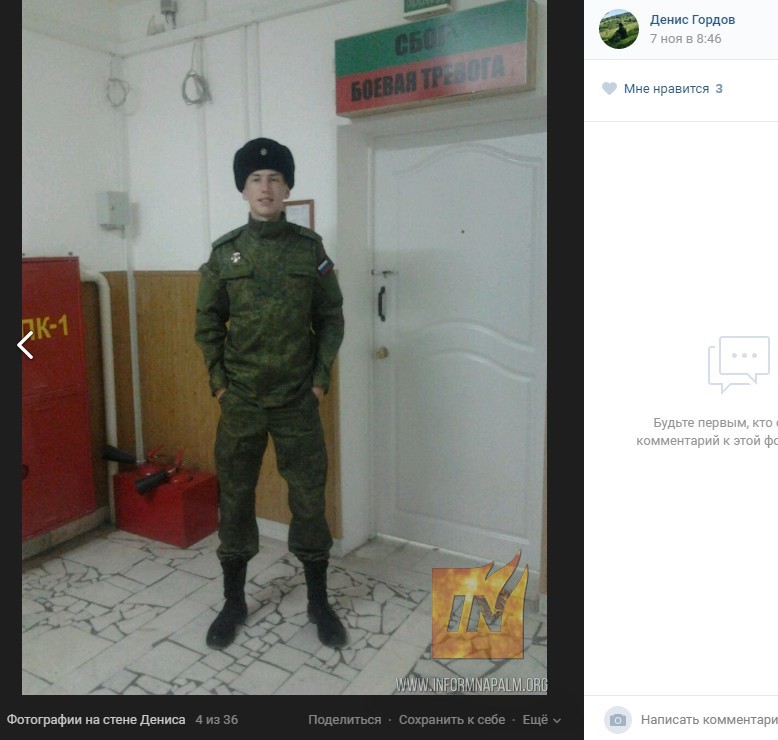 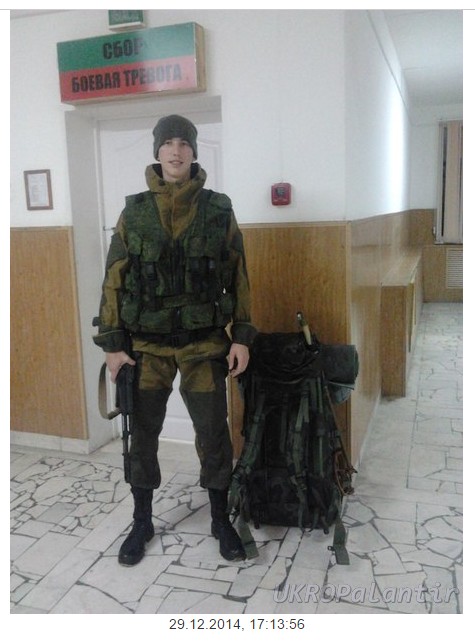 This photo was taken on one of training ranges in Rostov Oblast, which served as a transfer hub for terrorists on their way to occupied parts on Donetsk and Luhansk Oblasts. Gordov checked himself in there too. 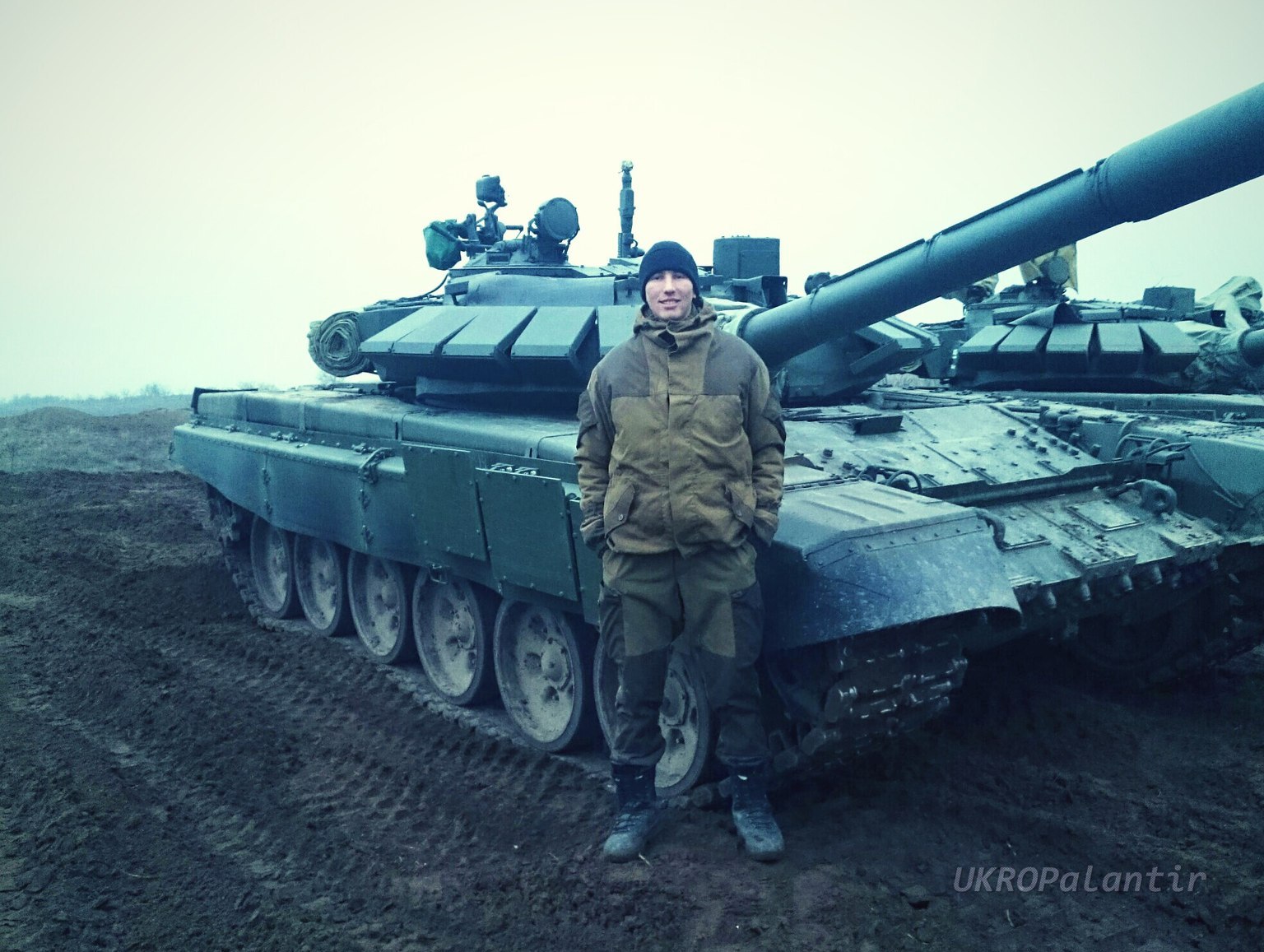 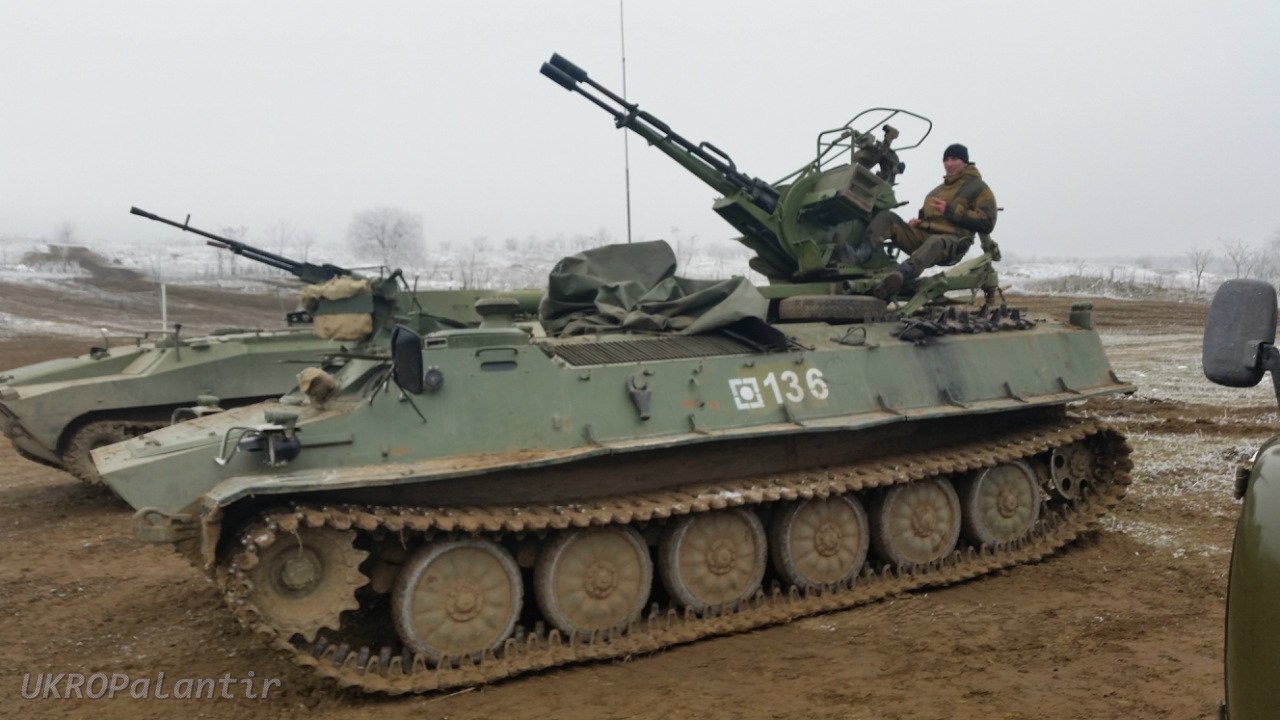 In a way of epilogue.
Denis Gordov and Mikhail Tuev are citizens of Russian Federation that took part in hostilities on the territory of Ukraine while being contract soldiers of the 8th Mountain Motorized Rifle Brigade (military unit 16544, Southern Military District, Russian Army). They are war criminals. For their crime there is no limitation period. And Denis Gordov failed to get himself “moved” from “war criminals” to “terrorists”.

(CC BY 4.0) This information has been specially prepared for InformNapalm.org,an active link to the authors and our project is obligatory for any reprint or further public use of the material is obligatory.

No Responses to ““I’m no war criminal, I’m a terrorist” – confession of a Russian soldier”