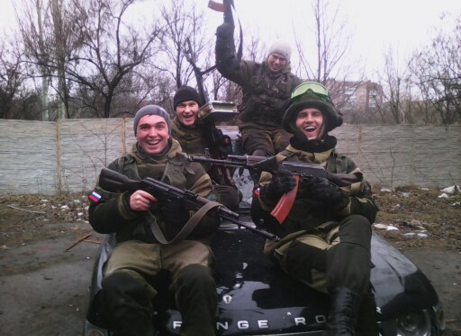 Due to critical staff shortages in the territories controlled by ‘DPR’, the Russian Federation decided to involve into solving various issues (‘including the military ones’ (c) Putin) such personalities as Lavrukha Myasnoy [Meaty] (born in Solnechnogorsk, Moscow Oblast, on November 29, 1993). Special attention should be paid to the URL of his VK’s social profile: https://vk.com/1ss1488ss1 (album).

According to notes and photos on Lavrenti’s personal page, he did his conscript military service in 2012-2013 in strategic rocket forces (military unit No. 34074, Yasnyi, Orenburg Oblast, Russia). 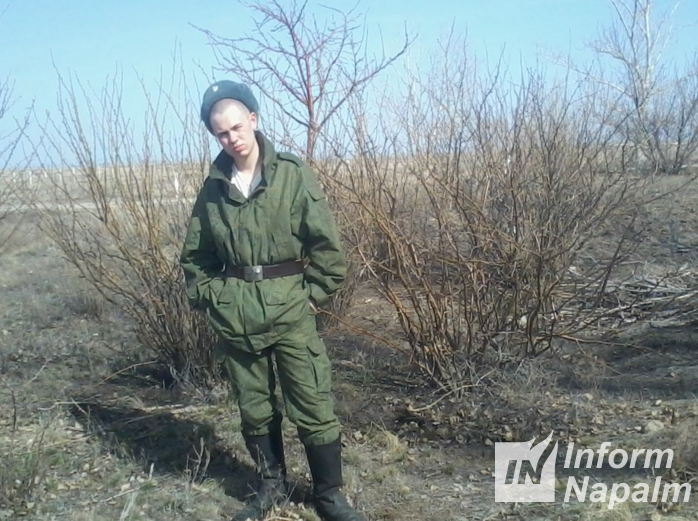 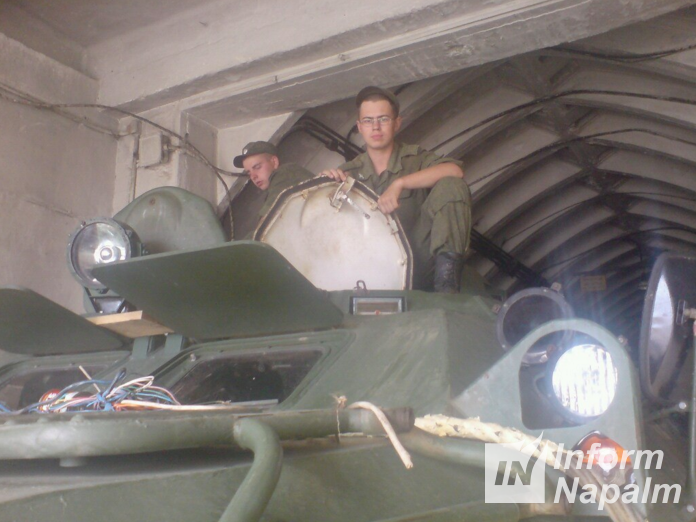 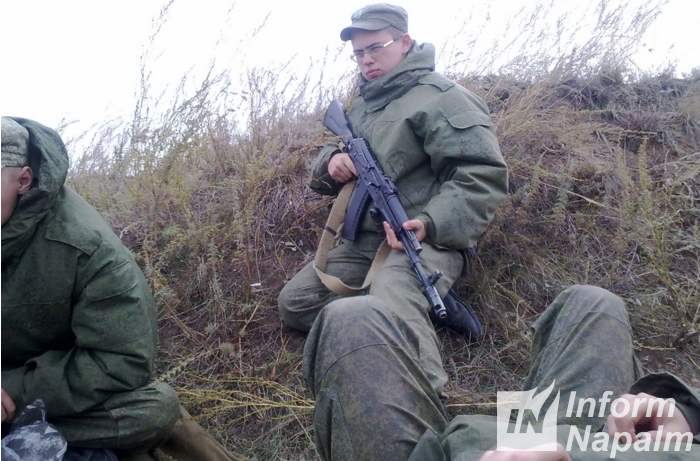 Starting from February-May of 2015, Lavrenti uploaded personal photos which directly pointed at his participation in hostilities in Donetsk Oblast (Ukraine) at least in the period between February, 2015, and April, 2015.

1. For instance, a group photo of armed servicemen wearing informal outfit was registered on March 5, 2015. Lavrenti’s uniform has characteristic features, i.e. ‘Novorossiya’ badges. The photo shows BTR-80 armored vehicle in background. Attention should be paid also to the car marked with the shots. 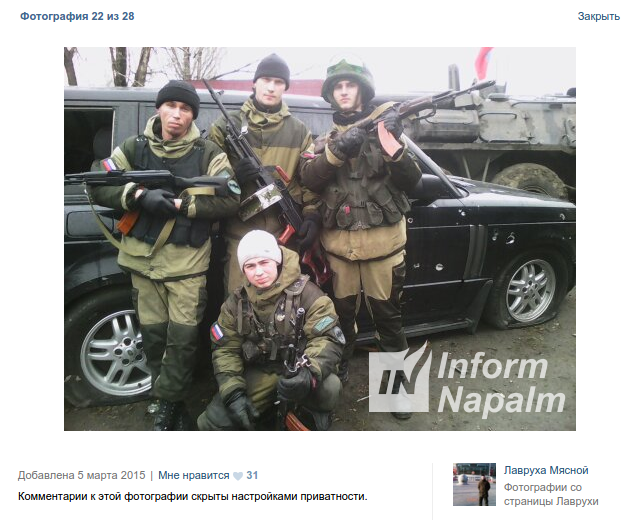 2. This is the same BTR-80 with ‘miners’ from Donetsk. Some of them have ‘Novorossiya’ badges. A militant in the top holds a scarf of a fan of ‘Metallurg’ soccer club (Magnitogorsk, Russia). Please note the BTR’s painting condition and the presence of shovel and towrope. It seems that it was captured right from a Ukrainian manufacturing workshop: 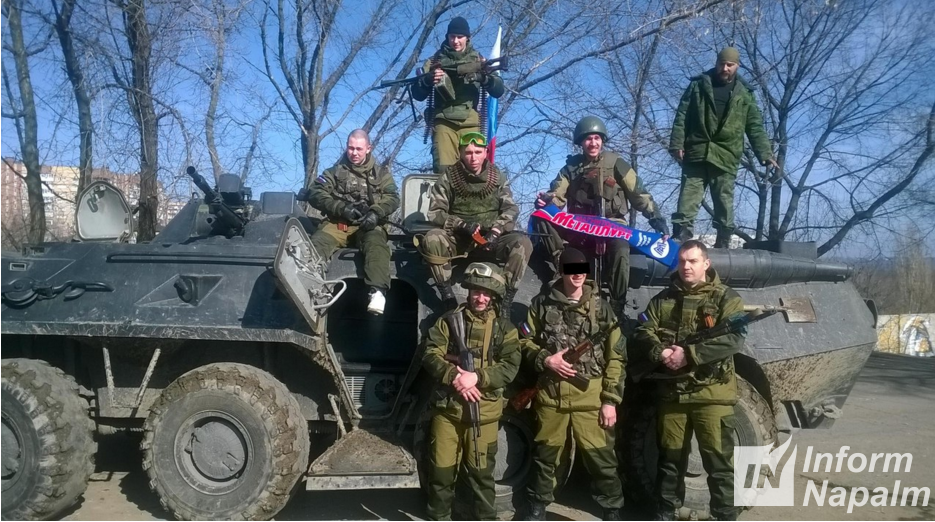 3. Another group photo was made in March of 2015 by the Russian fascism lovers. Supposedly, it happened in the outskirts of Donetsk (Ukraine). 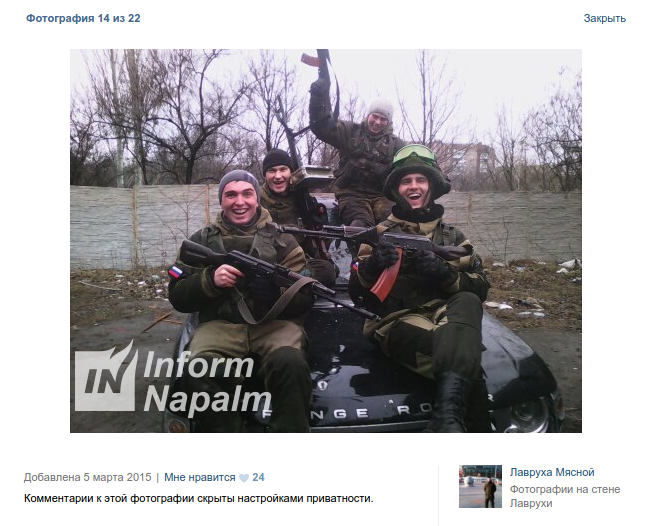 4. Perhaps, Lavrenti’s posing in front of ‘Donbas-Arena’ stadium is the most speaking moment proving that he was in the territory of Ukraine. This picture leaves no doubt where this Putin’s tractor operator ‘got lost’. 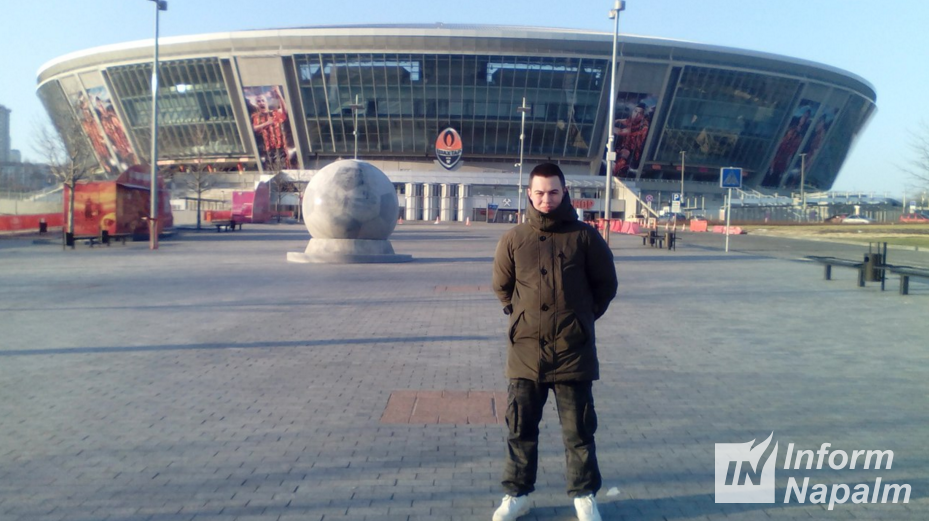 Lavrukha returned to Russia in the summer of 2015 and, having that war crimes bundle, decided to enter the Military Academy of Strategic Rocket Forces named after Peter the Great (branch in Serpukhov). This is proved by the following facts: information in his profile, photos from the academy’s barracks, photos of his course mates Kirill Pritsak and Nikita Turbal: 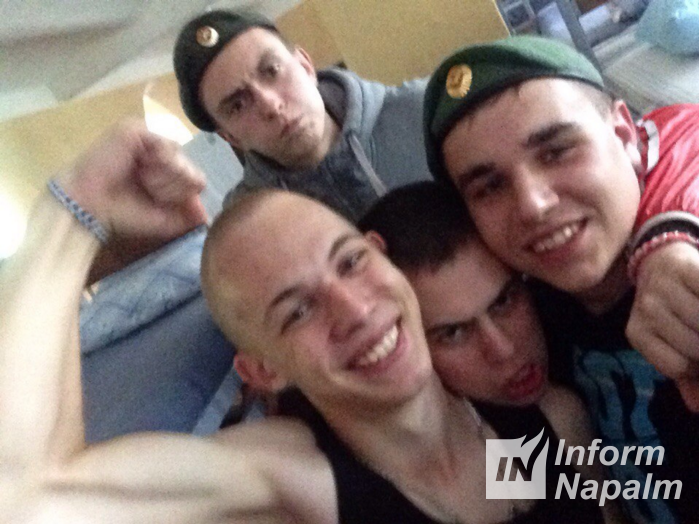 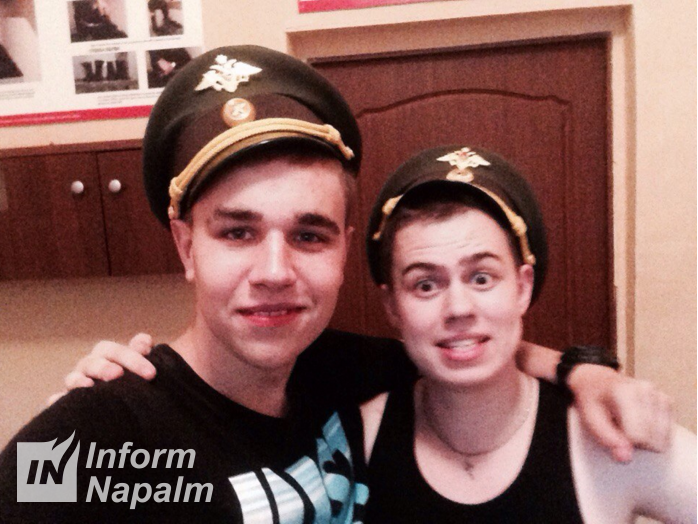 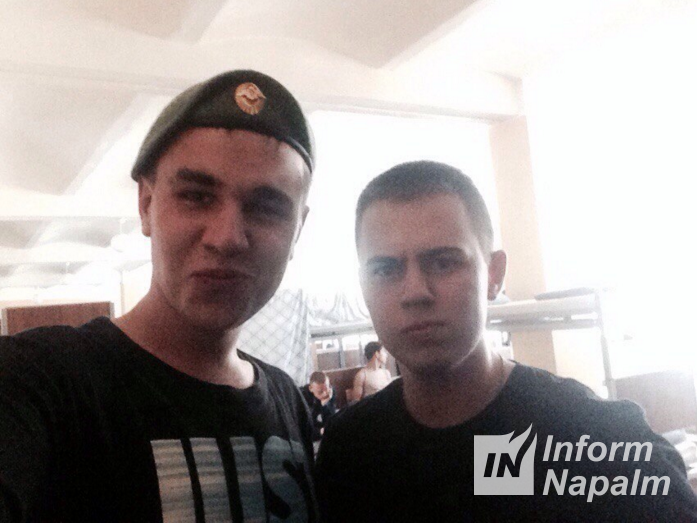 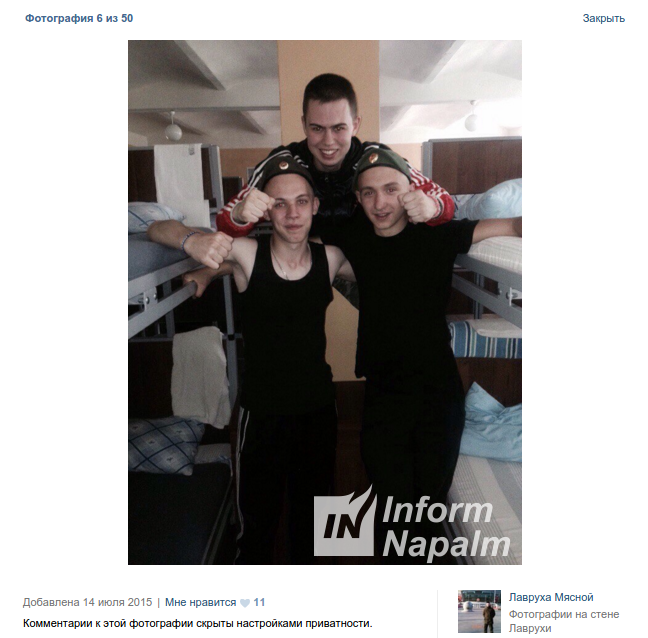 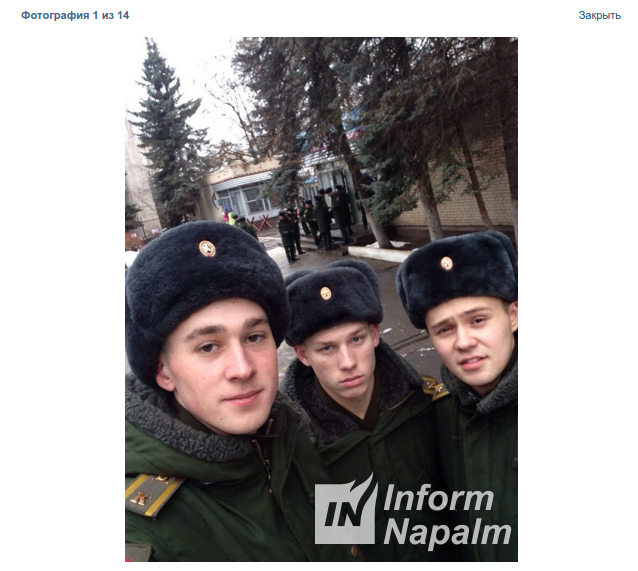 Based on the abovementioned information, it appears that our ‘hero’ was preparing for the matriculation examinations of math and physics in between of the fights with the Ukrainian forces. It was hard, I guess. This is how the Military Academy of Strategic Rocket Forces enlisted a terrorist of far right views. Finally, we would like to say that the future of the whole humanity may depend on such ‘Lavrukha’. We cannot entrust the nuclear weapon to terrorists!

Information about the academy

Starting from July 15, 2009, the Serpukhov military institute has worked as a branch of the Academy of Strategic Rocket Forces. It consists of: