Nadiya Savchenko in the Russian Kangaroo Court: Accusations and Prosecutors 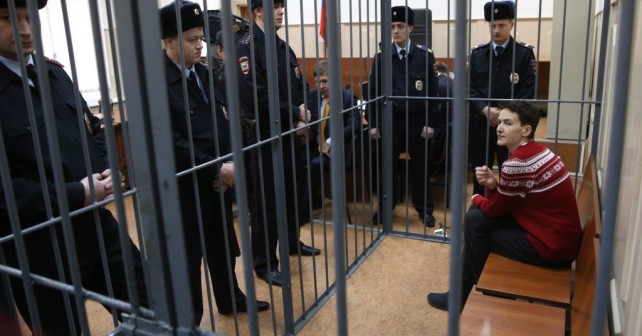 The Russian court conducts the final hearing now. Nadiya Savchenko can become the victim of the trumped-up accusation with verdict – 23 years in prison. Mass media already spread the hasty conclusions about the admission of Nadiya’s guilt by the court.

Today, on March 21, the court started the final hearing in the case of Nadiya Savchenko, who was kidnapped by the Russian side and illegally held on its territory.

The ‘Russian Каngaroo Court’ has already started reading the positions of prosecution in which Nadiya was accused of the crimes, which she did not commit, and, as a result, she may be imprisoned for 23 years. Nadiya Savchenko and her defense rejected all accusations and have repeatedly presented irrefutable evidence of innocence of the hostage-defendant, but the Russian court, following the political order, still has not considered them.

On March 21, at the first half of the day, the mass media began to spread the news that allegedly the court had already found the Ukrainian pilot Nadiya Savchenko guilty, but Nikolay Polozov, Nadiya’s lawyer, said that this information did not correspond to reality. Polozov said that the court was reading out the position of the prosecution which was in fact the copied indictment, but the position of the legal defense was also to be heard.

Prior to that, on March 13, the InformNapalm international volunteer community examined the EU’s preliminary sanctions list, which included the judges involved in the political process against Savchenko. The personal data on the prosecutors and judges was collected, and presented in the investigation ‘#FreeSavchenko: Faces of the Russian Каngaroo Court’.

Let us remind you that Nadiya Savchenko is illegally held in the Russian Federation since mid-summer of 2014.

John Kirby, the official representative of the United States Department of State, on March 3, 2016, said that the position of the State Department remained unchanged: Nadiya Savchenko has to be freed.

Also it was reported in the end of February that the United States might impose new sanctions against the Russian officials and politicians (RU) involved in the case of the Ukrainian pilot Nadiya Savchenko, if the Russian court issues a guilty verdict to her. 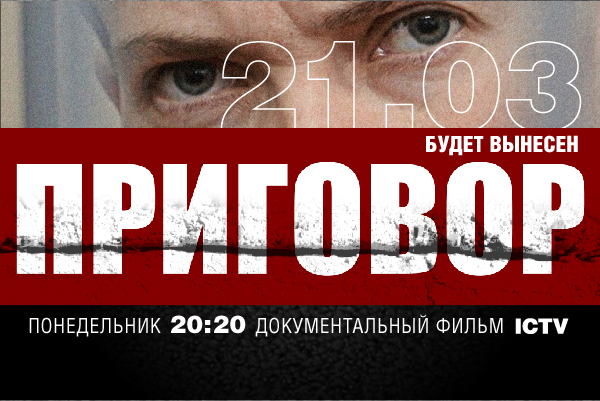 On March 21, at 20:20 (RU), the day when the whole Ukraine is going to anxiously watch the denouement of the confrontation between Nadiya Savchenko and the Russian ‘kangaroo court’, the ICTV channel will show the ‘Verdict’, an own production documentary film.

The ‘Verdict’ documentary film is an another attempt to understand what is happening in Ukraine exclusively using the facts, without any media pathos and tabloid cliches. First showing of the film and verdict for Nadiya Savchenko coincided with the second anniversary of the Crimea’s annexation by the Kremlin, the event that served as a trigger for the further military aggression in Donbas and changed the usual picture of lives of thousands of Ukrainian families which in one moment became the participants of this war.

No Responses to “Nadiya Savchenko in the Russian Kangaroo Court: Accusations and Prosecutors”