Closing in: the 28-th Separate Motorized Rifle Brigade from Yekaterinburg is being moved to Klintsy 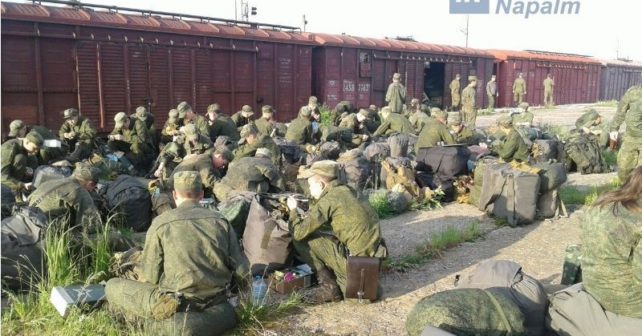 In addition to spotting and documenting locations of Russian servicemen in Donbas and Crimea, OSINT experts of the InformNapalm international volunteer community monitor redeployment of the Russian Armed Forces units along entire Ukrainian-Russian border. Though the Russian aggressor has been building up forces along the Ukrainian border since the very beginning of the conflict, officials have been skeptical about a full-scale invasion until recently, believing that the only potential threat are the forces stationed in training camps in Rostov region.

Since early May, Russian media have been intensively running stories about “the formation of a super powerful armored attack force” to counteract NATO.

On May 21, Ukrainian Defense Minister Stepan Poltorak also voiced an opinion that Russia had not abandoned its plans to take over Ukraine and was therefore reinforcing its military presence on the border, planning to deploy additional military units.

By way of reminder, in another InformNapalm investigation regarding the restoration of abandoned military facilities in Bryansk region published last April we had already mentioned that servicemen from Yekaterinburg were scheduled to arrive in the town of Klintsy in mid-May. The information was gathered by monitoring social networks activity of the Klintsy residents. When discussing rented accommodation issues with the locals, the servicemen of Yekaterinburg military unit No. 61423 mentioned when they were due to arrive in their new deployment location.

Like we said earlier, Klintsy’s Vashe Delo [Your Business] local newspaper dated April 14, 2016 reported that public hearings were held on March 25 to approve development plans for the military facilities in Klintsy. One of them was to be located in Parkovaya street, close to Trud Stadium; the other, on the outskirts of the town, in Zaymishche. On April 1, preparations for the construction of barracks began. According to the media, the military were expected to arrive not earlier than September 2016.

However, our OSINT-investigations revealed that on May 24, 2016, the servicemen of the Yekaterinburg 28-th Separate Motorized Rifle Brigade (Mechanized Infantry Brigade) were already in Klintsy, Bryansk region. 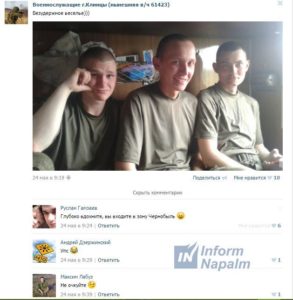 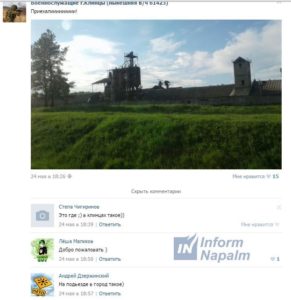 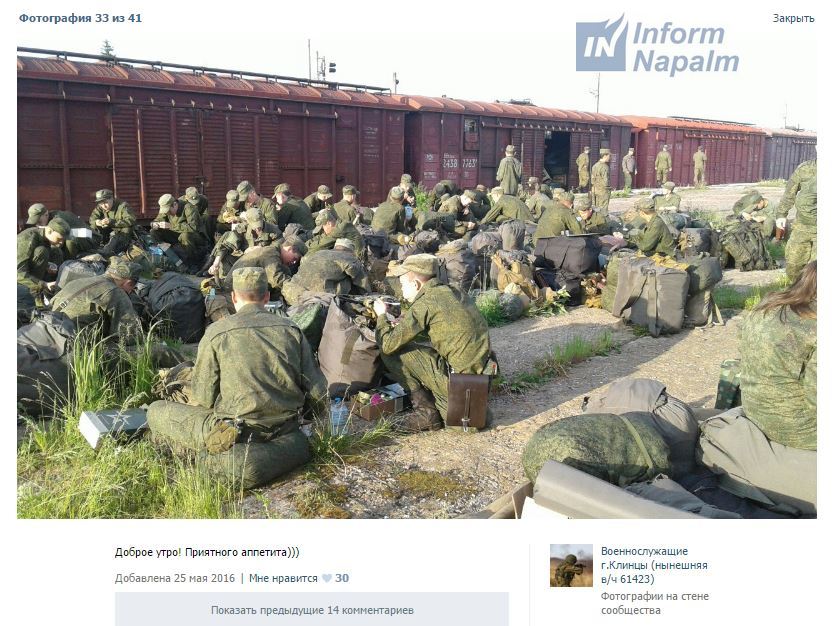 The train that brought the servicemen to Klintsy also brought military equipment. Another train is now being prepared for departure. The transfer of military equipment from Yekaterinburg is expected to be completed before October 2016. 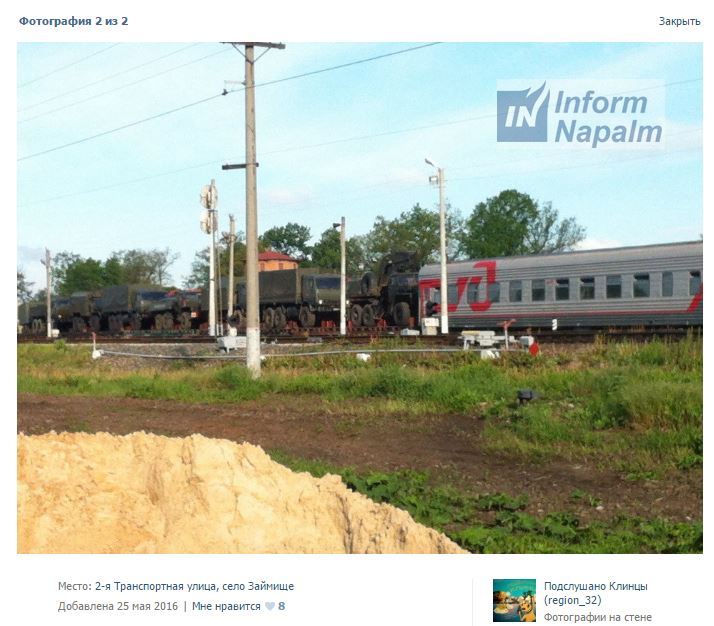 Currently, the servicemen are stationed at a field camp on the outskirts of the town (its coordinates are 52.7780623,32.2027034). It appears that they will stay there for the rest of the summer as the abandoned military facilities in the city have not been restored yet. Pictures: field camp near Klintsy. 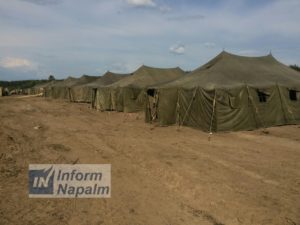 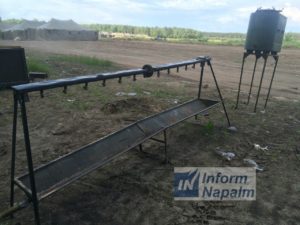 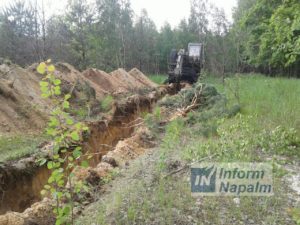 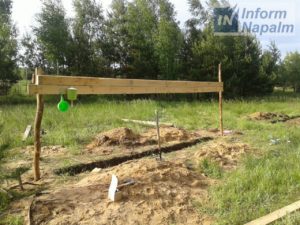 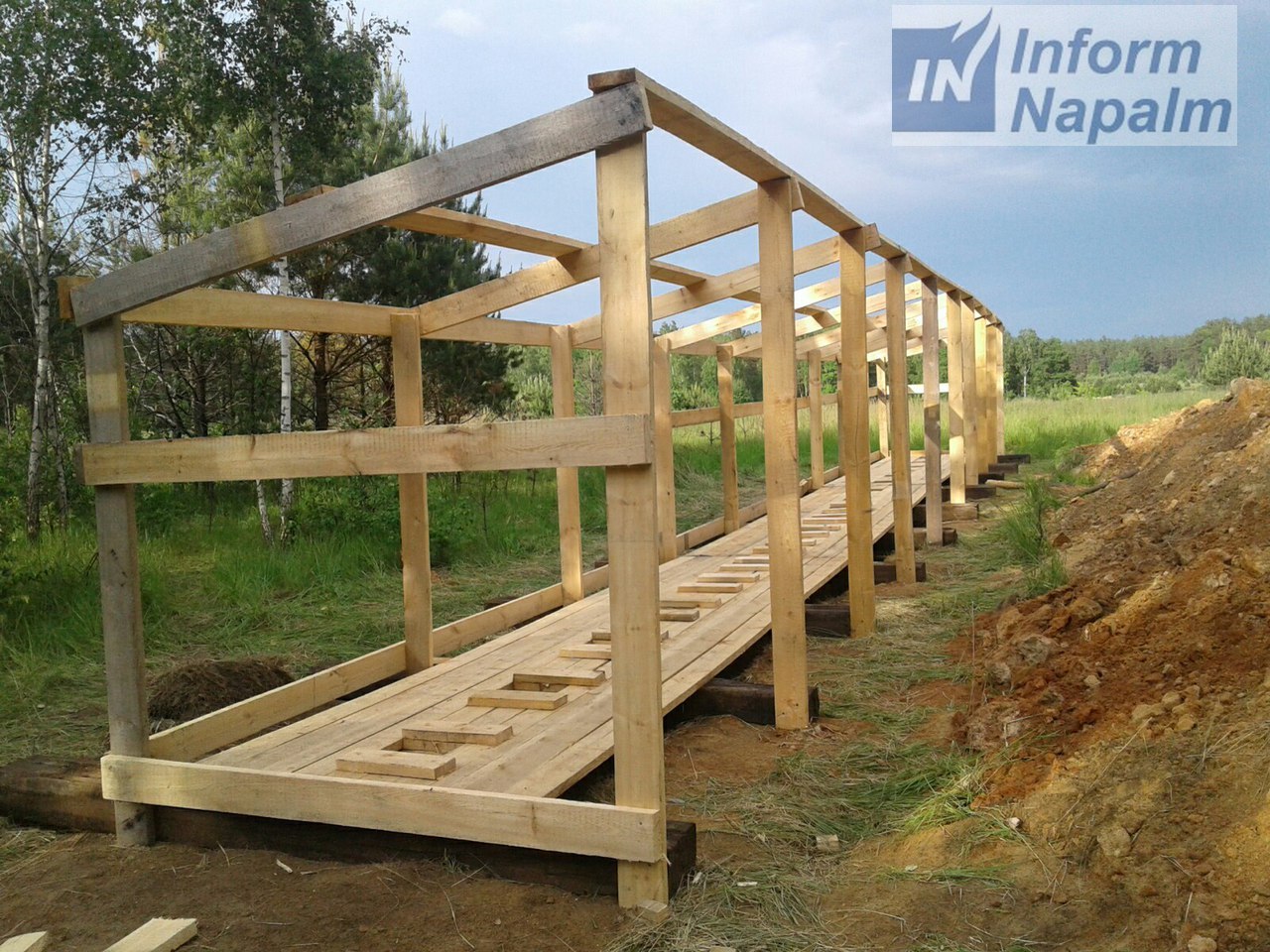 Comments in social networks also demonstrate the attitude of the people living in Klintsy to the military. Many of them are not at all happy to have the Yekaterinburg servicemen in their town; they do not understand why they came and from whom they are going to defend the locals. Russian trolls immediately politicized all negative comments saying that the military are now in Klintsy because of its proximity to Ukraine. Those who are not happy with the military in Klintsy are immediately branded “local Banderovites”. But the locals keep looking for ways to reverse the situation: some of them even invite the servicemen for a walk around the area to show them measurements of radiation dosimeters (Klintsy happens to be in an enhanced radiation zone).

They should also be reminded of Dmitry Medvedev’s words from his recent speech in Crimea: “There’s no money, but you hold out there”. Russian taxpayers will once again have to fork out their money on the senseless construction of yet another military base. For comparison, the cost of construction of the military base in Boguchar, Voronezh region, is  estimated at 2 bn rubles.

UPD: Within just a few hours after the publication of this investigation, the Klintsy media published an article providing detailed information on another arrival of the military from Yekaterinburg. Namely, another train carrying heavy military equipment and four passenger rail cars arrived in Klintsy at 08:25 am. Commander of the 3-rd motorized rifle battalion of the 28-th MIB Major Vitaliy Sokolov reported the arrival of 214 servicemen from Yekaterinburg to the new home station in Klintsy. He also said that more solders would be arriving every day to join those already in Klintsy. 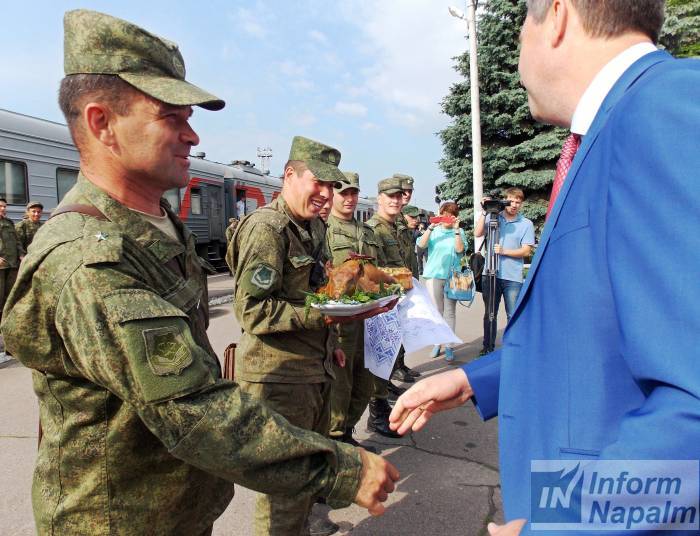 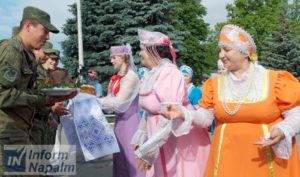 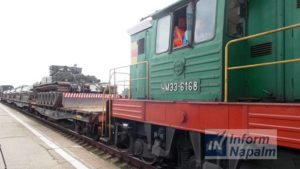 This publication was prepared by InformNapalm volunteer.

(CC BY 4.0) information specially prepared for  InformNapalm.org site, an active link to the authors and our project is obligatory for any reprint or further use of the material.

We call on our readers to actively share our publications on social networks. Broad public awareness of these investigations is a major factor in the information and actual warfare. Our readers are also encouraged to make donations: they will be used to buy equipment for InformNapalm volunteers and investigators.

4 Responses to “Closing in: the 28-th Separate Motorized Rifle Brigade from Yekaterinburg is being moved to Klintsy”