Russia Concentrating its Forces at the Border Base in Valuyki 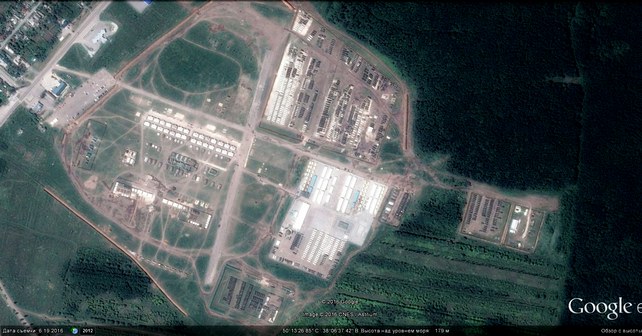 Most recently, the investigation by the international volunteer community InformNapalm regarding the deployment of the 28th Separate Motorized Rifle Brigade of the Russian Armed Forces to the border military base in Klintsy drew a significant media response. The journalists started asking Russian military and political leaders some uncomfortable questions. This subject did not just result in three weeks of discussions in the Russian press, but it also raised concern in Belarus and the countries of the Baltic Region.

More detail here: Closing in: the 28-th Separate Motorized Rifle Brigade. from Yekaterinburg is being moved to Klintsy

In this new investigation we would like to draw your attention to the increased activity of the Russian Army at another base near the city of Valuyki close to the border of Kharkiv Oblast of Ukraine.

Previously, InformNapalm had produced several reports concerning this base. We provided photos made inside the military base itself and listed specific battalion tactical groups, which would form the backbone of the future new “Valuyki group”:

Russia Builds a Military Base near Kharkiv And Deploys the 23rd Brigade;

A Tour of Russian Military Bases Along the Ukrainian Border. Part 2. Valuyki.

On July 25, our volunteer intelligence analysts, who have been monitoring this area, noticed that Google Maps had uploaded new satellite images of 19 June 2016, showing significant changes at the Valuyki base located at 50.2249981, 38.1104779 (17 km from the nearest point of the Ukrainian border and 30 km to the Ukrainian border in the direction of Kharkiv).

Using publicly available satellite images, let’s follow the development of the military base in detail.

According to Wikimapia, this location is marked as “Valuyki air field “: “Magnetic course of takeoff and landing – 285/105. Asphalted runway 500/25 meters. The airfield is not equipped with the means of ground control, is used as a backup runway for rural aviation and air medical service in the daytime.“ Below is the Yandex Maps image that marks the area of the airfield.

The images from the 2013 only the runway can be seen, while the surrounding area is empty.

According to information posted on Wikimapia, “At the former airfield near the city of Valuyki in Belgorod Oblast near the border with Ukraine an advance aviation base of the Russian Air Force has been set up, including Mi-24P and Mi-24PN combat helicopters, Mi-8MTV transport-assault helicopters and Mi-8SMV airborne jamming platforms. Presumably, the group deployed in Valuyki comes from the 549th Airbase of the Russian Air Force in Pribylovo (Leningrad Oblast)” 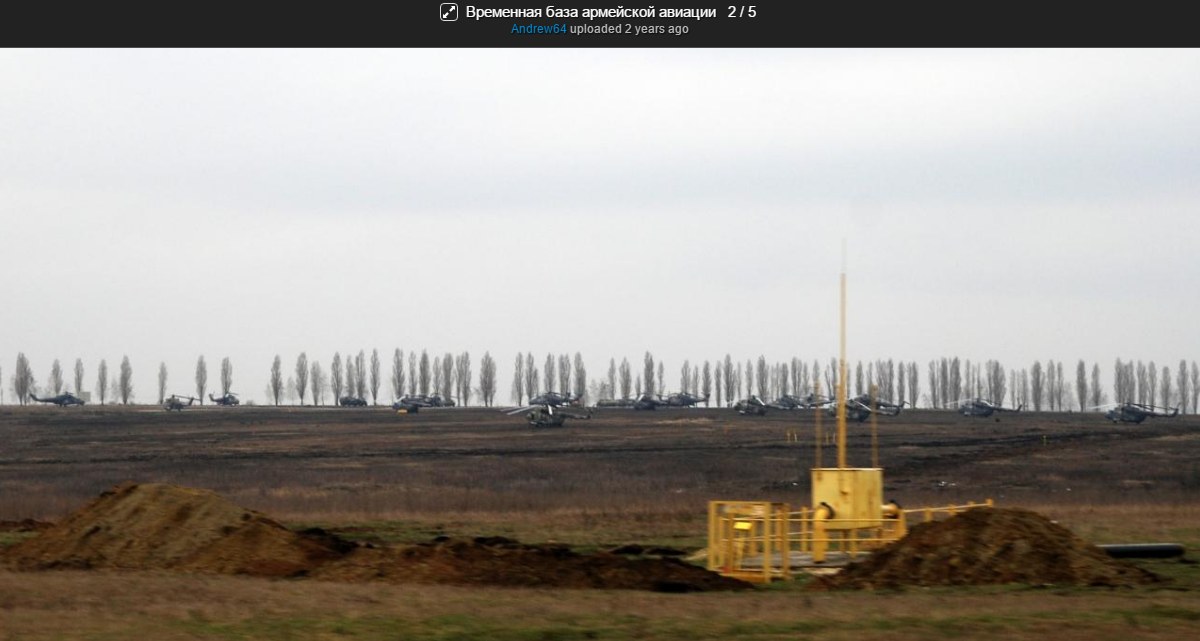 The photos from April 20, 2014 show the first military vehicles and tents.

The October 2015 photos demonstrate the active construction works, but most of the airfield is empty.

These are the more detailed versions of the images of the Russian military base.

In just eight months, over the period between October 2015 and June 2016, the Russian military base has been rapidly filled with both manpower and military equipment.

Since the beginning of 2014, the military bases and militant training camps in Rostov Oblast (Russia) have been fulfilling the logistical needs of the combined Russian-terrorist forces operating in the occupied parts of Donetsk and Lugansk Oblasts (Ukraine). Why Russia needs the sharp increase in the military forces at other bases in the immediate vicinity of the Ukrainian and Belarusian borders is still an open question, but after the annexation of Crimea and the occupation of Donbass, it is far beyond the scope of just “Russia’s internal matters” and requires close attention, as well as an appropriate response by the international community.

This material was prepared for publication by the volunteers of international community InformNapalm Vidal Sorokin & Dmitry K.