“MFA of Ukraine should insist on releasing Rafis Kashapov, imprisoned in Russia” – MPs 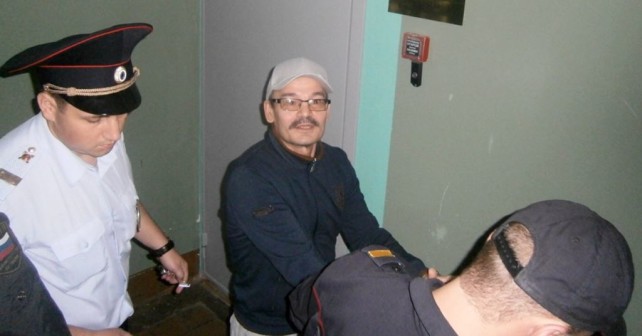 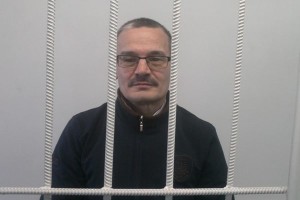 Fifteen members of the Ukrainian Parliament (Verkhovna Rada) have appealed to the Minister for Foreign Affairs of Ukraine, demanding that MFA should address Russian Federation insisting on releasing the imprisoned Tatar political activist Rafis Kashapov.

“The authors of this appeal are expressing sincere support to Rafis Kashapov and, moreover, to all activists of the Tatar national liberation movement sustaining political persecutions in their homeland.  The people of Tatarstan had made their official declaration of the state  sovereignty of their Republic in a 1992 referendum. Nevertheless, up to now Russia is keeping oppressions of the political and national rights of the Volga Tatars. After having  restricted the Republic’s sovereignty, after having eliminated all Tatar political parties and independent media, now the Russian Federation is escalating new wave of terror against the leaders of Tatar national liberation movement. 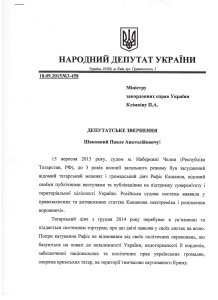 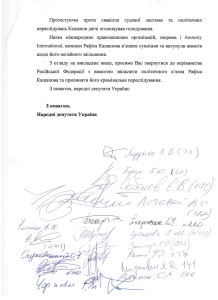 Political persecutions of Rafis Kashupov, Fauzia Bairamova, Aidar Halim and other Tatar national activists – these are indications of the Volga Tatars’ dramatic situation. The whole nation is being deprived not just of their right to self-determination but also of their right to the freedom of opinion and  expression,” – stated Ihor Lutsenko, the initiator of the deputy’s appeal.

No Responses to ““MFA of Ukraine should insist on releasing Rafis Kashapov, imprisoned in Russia” – MPs”