Mind and analytics: How much Russian activity does it take before the OSCE notice? 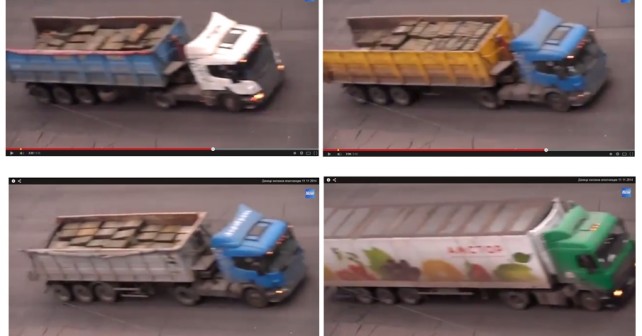 I address my congratulations to OSCE mission observers in Ukraine for at last noticed Russian troop movement in the Donetsk area. I wonder how many Russian vehicles it took to make even the OSCE observers to notice them. Clearly it was many vehicles.

This is why after the DPR leader Zakharchenko decided to join the lie of his Kremlin chiefs it just became more senseless and stupid. By claiming that DPR provides regrouping of their troopers he put himself into a bad position. If his Kremlin bosses hide from him the real quantity of the forces they are going to transfer to the region  “trusted” to Zakharchenko? If not, let’s count everything that the cameras managed to capture.

Let us start from the 8th of November: 3 T-72B tanks with traces of the white dye on the rollers and almost erased marks H-2200, telling us that they were transported by railways of Russia, driven down Kuprina Street in Donetsk (according to You Tube video-service that I trust much more than Kremlin). Let us estimate 1200 litres of fuel, or 3 tons for all.

This very day on the approaches of Donetsk were noticed military column containing one “bagel” UAZ-452, one car on base of APC-80, 17 machines “Ural-4320” pulling 155 mm “MSTA-B” howitzers on the trailer, nine KamAZ-5350 machines (that Ukrainian army have no in service), Four “Urals” without trailers and two GAZ-66. In total we have more than 40 military vehicles. Kamaz fuel-tanks contain 410 litres of fuel. Telling other way, to feed only this part of the column 4 tons of fuel is needed. Urals will need more than 6 tons (21 vehicle 300 litres for each of them).

10 of November: One more tank column rolled through Donetsk, with 6 T72B tanks. Here we already can say about 7 tons of fuel for each, even if not to count the collector “folksvagen” of support. The next day – one more military column. It comprised 3 MV-21 on Ural-4320, 34  KamAzes 5530, 7 of them had D-30 howitzers on trailers, 2 additional Kamazs with “Uragan” shelling systems, one bus and 3 minibuses of support, one UAZ 469 and 4 full trucks (see picture). 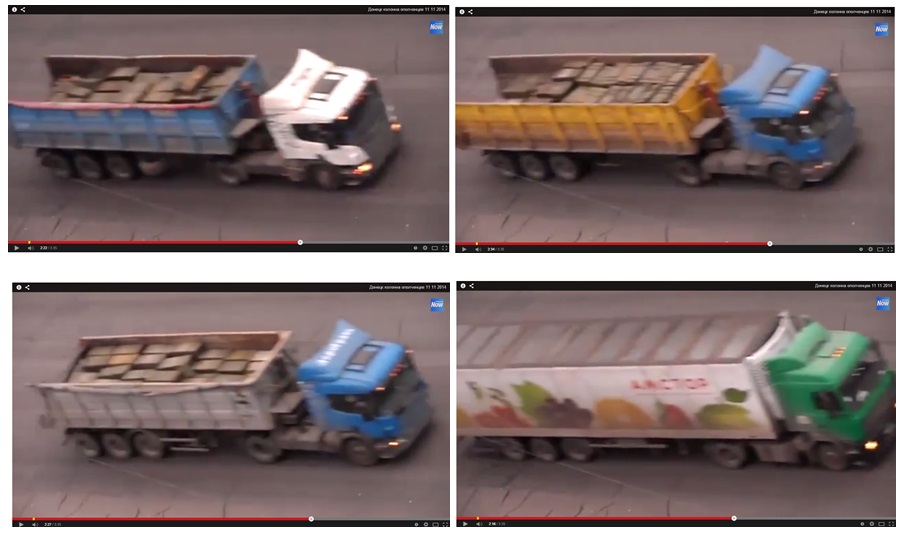 This seems to be about 48 of trucks in total and not less than 16 tons of fuel. Of course fuel data is just an approximate, but gives us an opportunity to see the depth of the RF military preparations in only one part of the Russian-Ukrainian front. For the last three days four videos (see pictures below) captured 9 tanks, 34  122-152 mm calibre howitzers , more than 90 military cars and 3 civil cars full of weaponry. We don’t know what was in the fourth truck, perhaps it is a “Cargo-200” transporter? Besides these, there was a column where Kamazs pulled just D-30 howitzers.

Where does the half-destroyed and not-working Donetsk and Luhansk regions found the means for a such kind of regrouping?

From where do the tanks originate that are not in service in Ukraine and having graphic marks from Russian rail services originate?

And what of the origins of the “Grads” dyed in the colour of sand? 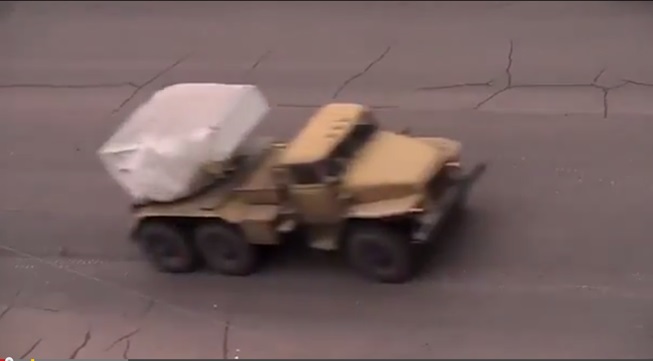 How can there be columns of military vehicles models of Kamaz and Ural trucks that had never been in service of Ukrainian army? And where does the DPR get more than 300 tanks T64B and T72B from? I need to point that a small but economically developed country like Holland (Netherlands) in 2011 had less than 100 tanks in service. 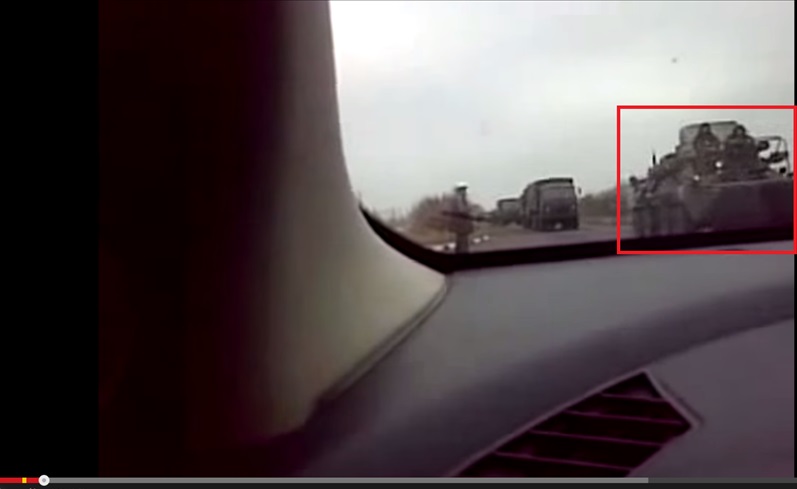 Generally speaking, I think that anyone already got that there is no movements of separatists, just the movement of the Russian army. So the OSCE mission representatives have reasons to worry, not only about Ukraine’s sovereignty and integrity, but also about their own countries.

Acknowledgement of the author and source of the material is required.