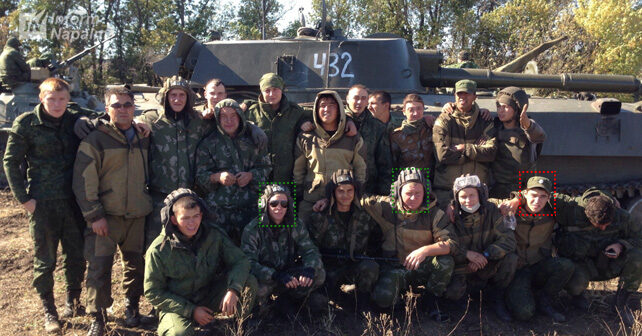 The first time, the 8th Mountain Motorized Rifle Brigade (MMRB) of the Russian Armed Forces came to the attention of volunteers from InformNapalm international intelligence community back in 2014. Overall, several investigations have been published about the participation of servicemen of this unit in the aggression against Ukraine which you can find in our interactive database. One of these investigations got its sequel now, in 2020. We identified two more Russian servicemen on the previously published group photos.

In the fall of 2016, InformNapalm investigator Irakli Komaxidze conducted yet another investigation into the participation in the Donbas war of the Russian 8th MMRB (military unit 16544, home base: town of Borzoi, Chechen Republic, Russia). The article presented a group photo showing four Russian servicemen. Three of them were then identified. Four years later, we identified the fourth person on the photograph.

Ruslan Nurgaliyev (Russian: Руслан Нургалиев) was born in Tolyatti on August 5, 1993 and lives in Dimitrovgrad, Russia. In 2013-2016 he served under contract in the Russian 8th MMRB. 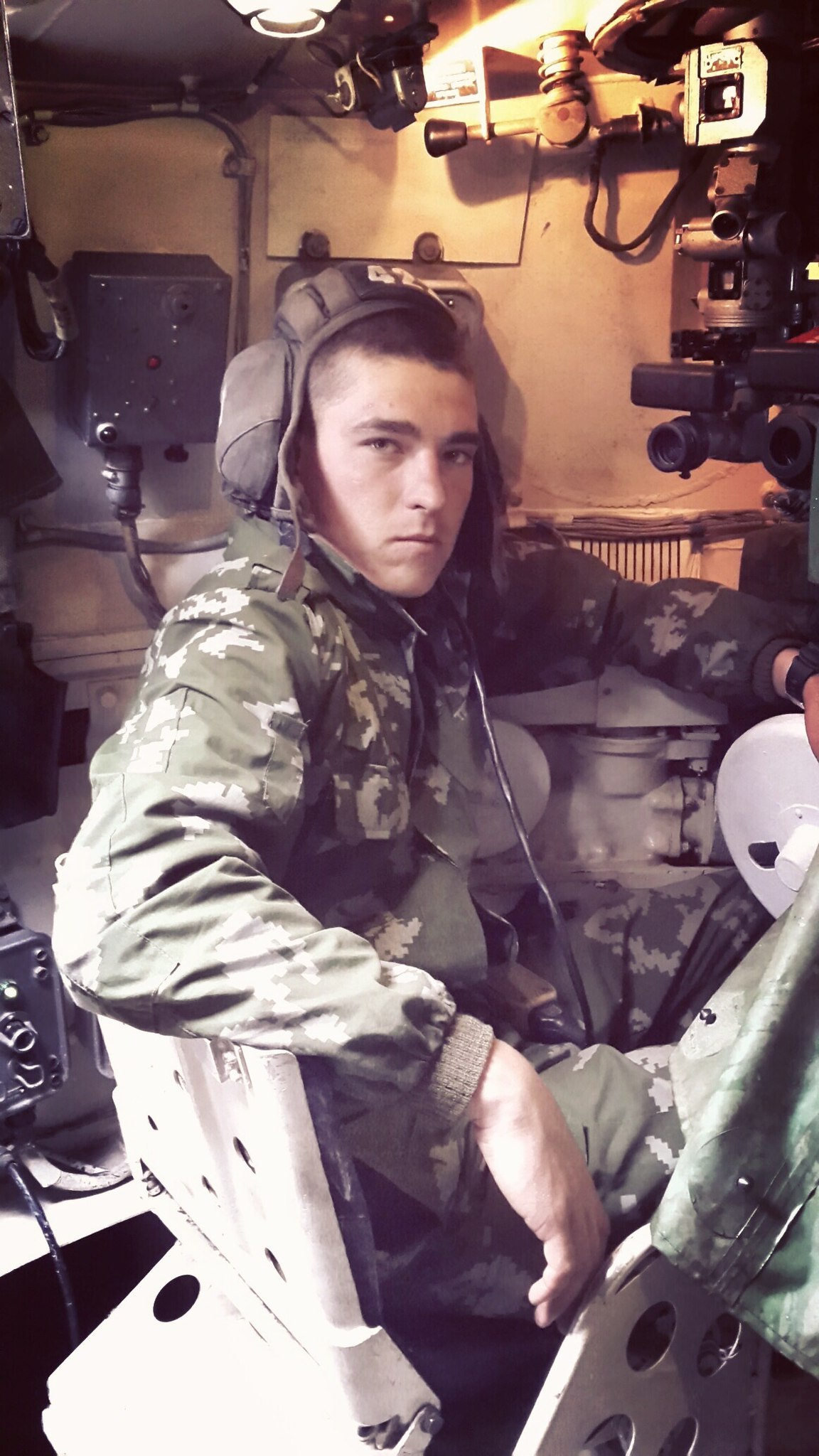 On August 17, 2014, in his photo album on social media, Nurgaliyev posted the same group photo. In the comments to the photo he reported about the deployment of his unit to Ukraine: “Departure to Ukraine… we are all going to Ukraine.” 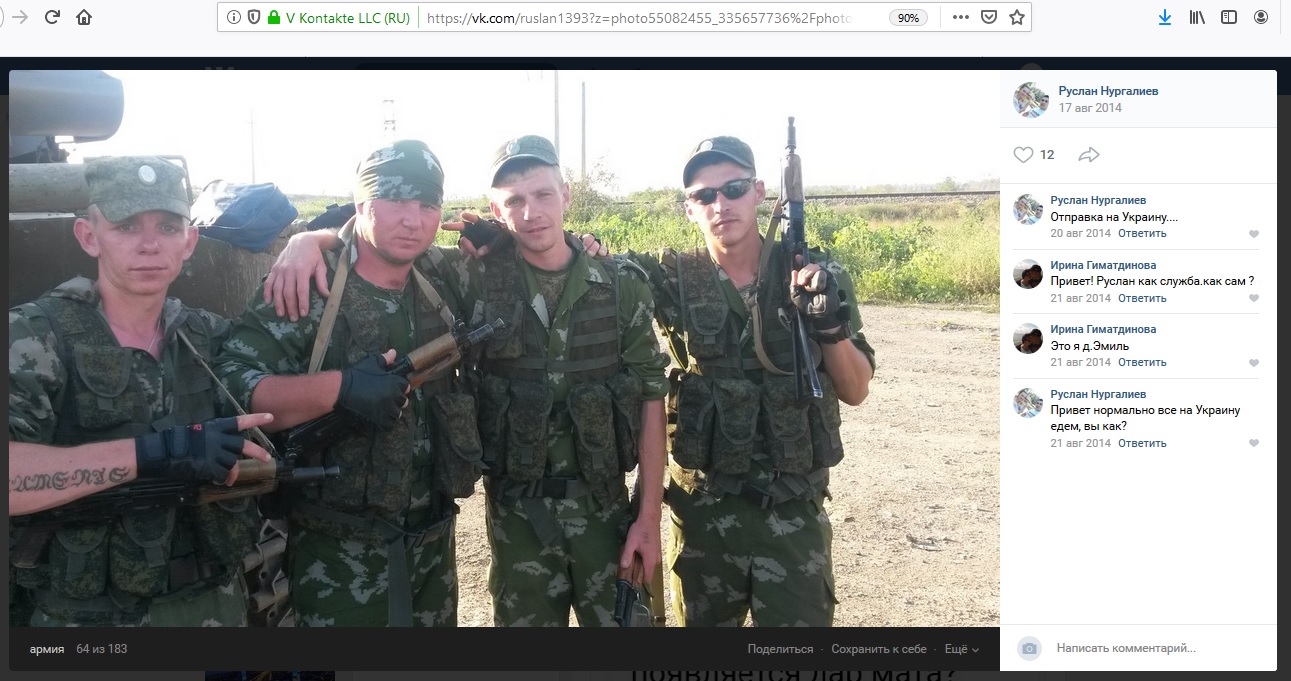 In the next photo (here) we see a group of Russian soldiers ready to be sent to war against Ukraine. The non-statutory uniforms of the servicemen are very conspicuous. In the background on the left, we see a MT-LB VM/K armored vehicle. When the photo is enlarged, various inscriptions can be seen on the vehicle. In 2014and 2015, Russians often resorted to such makeshift attempts to disguise the presence of their regular army in the Ukrainian Donbas. The soldiers were photographed in front of a 2S1 Gvozdika howitzer with the hand-painted side number 432 on it. This number was painted over the original side number, a traditional ploy for Russian occupiers, whom Russia tries to present in the International Court of Justice in The Hague as “Ukrainian rebel miners” who found military equipment in the mines of the Donbas. 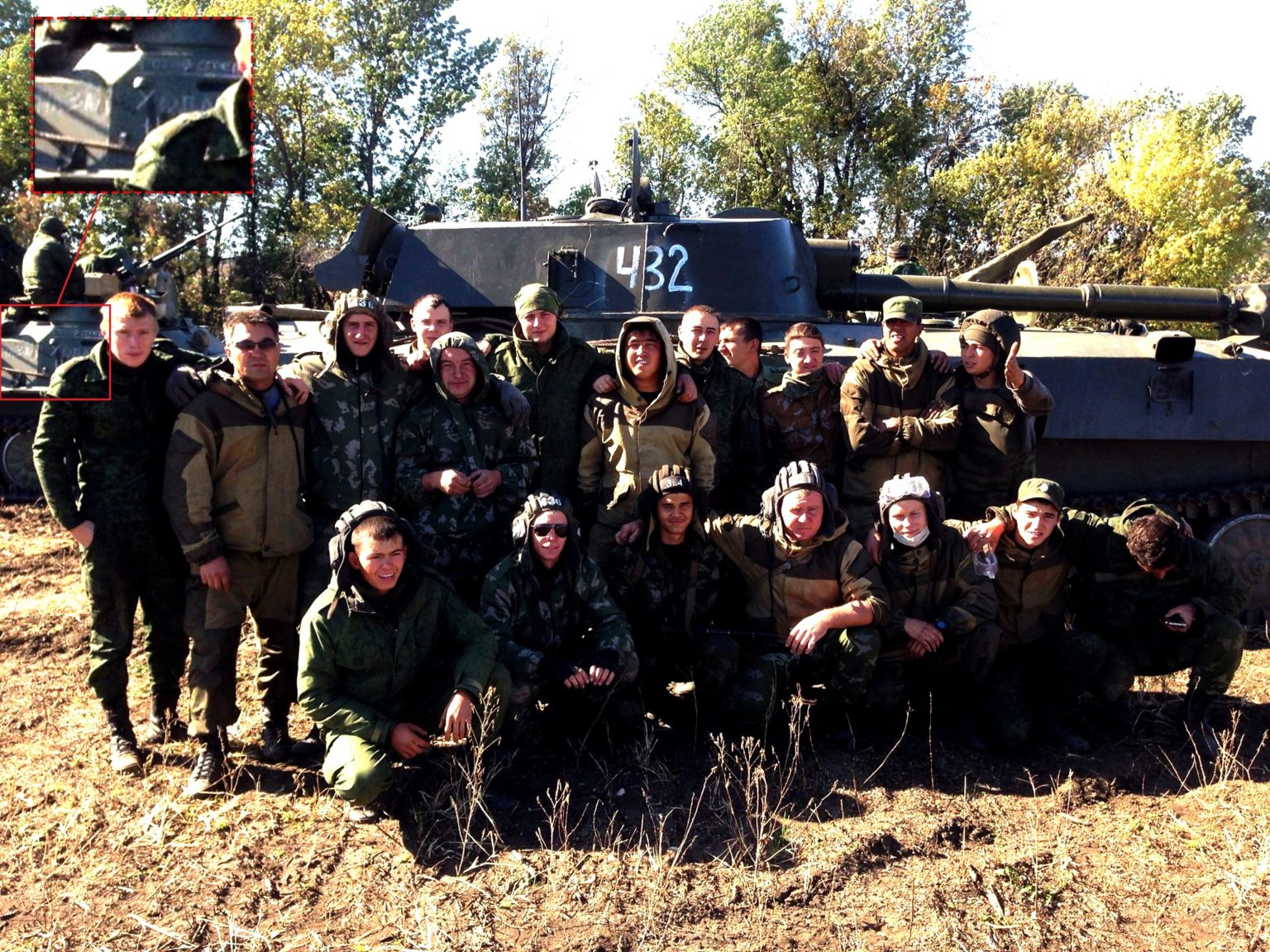 Also, we found Nurgaliyev’s social media account which he created under the username Dark Angel. On this page, he posted a photo of himself with a white armband that the Russian occupiers used in the fighting in eastern Ukraine to distinguish themselves. 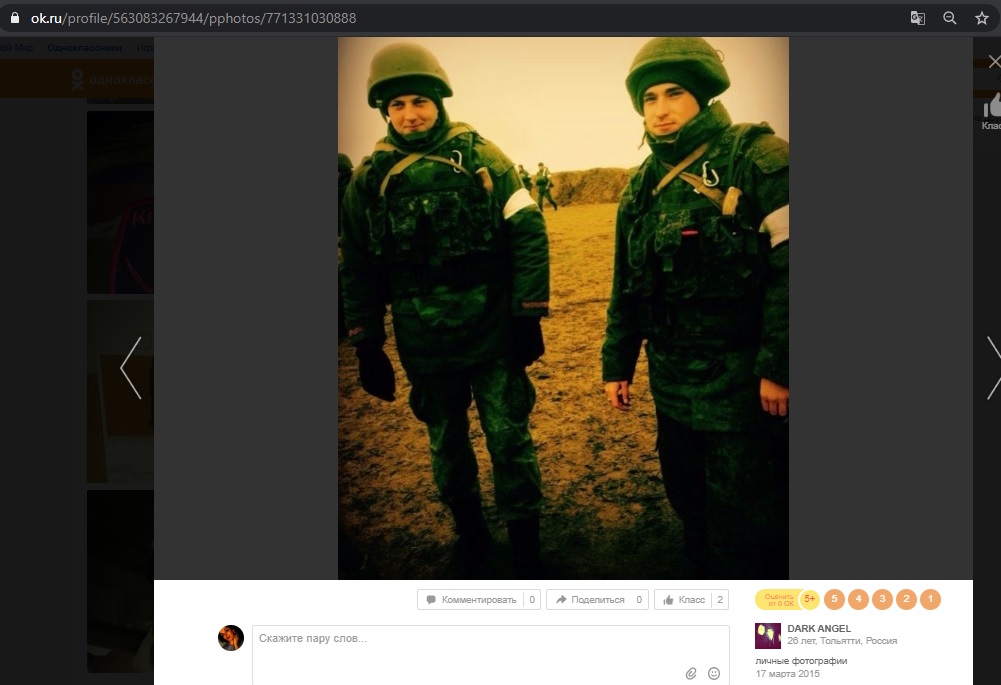 In Nurgaliyev’s album, there was also a photo of a shoulder patch of the Ukrainian Kryvbas Battalion. 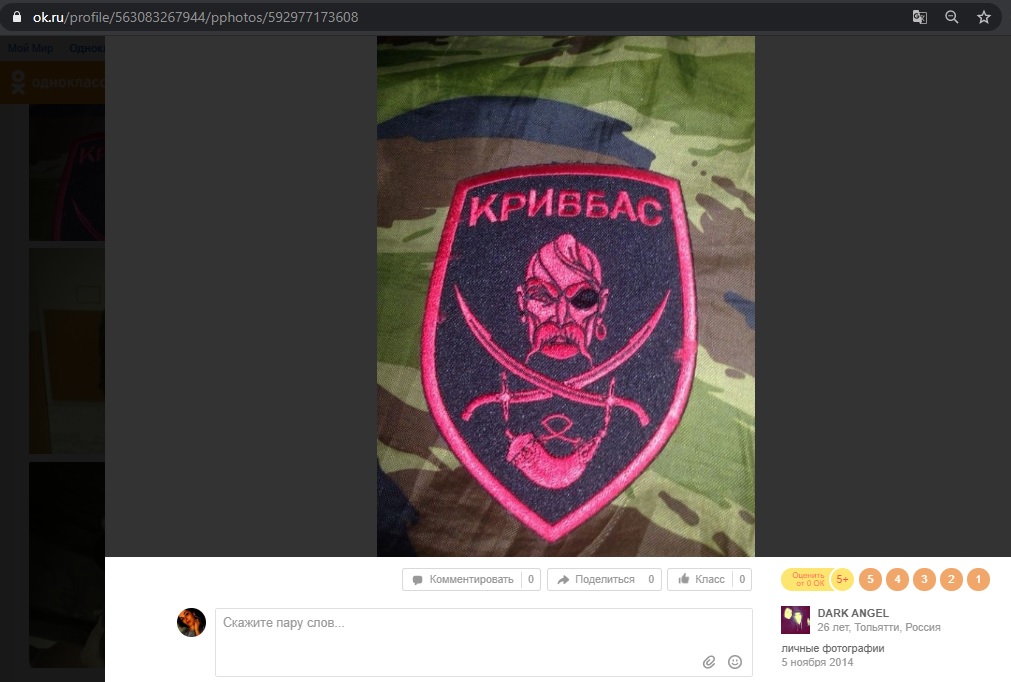 Also, there was a photo of the Suvorov Medal received for participation in the war against Ukraine. The same medals were awarded to Nurgaliyev’s comrades, as shown in the previous article: 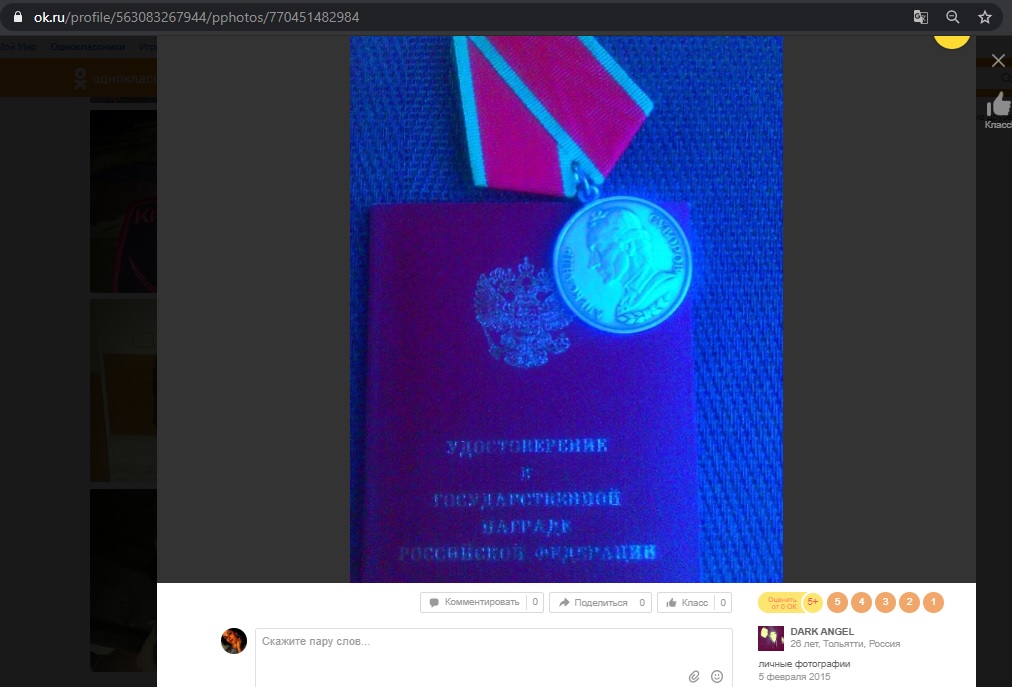 While studying the circle of Nurgaliyev’s connections, we established the name of another occupier from the Russian 8th MMRB. 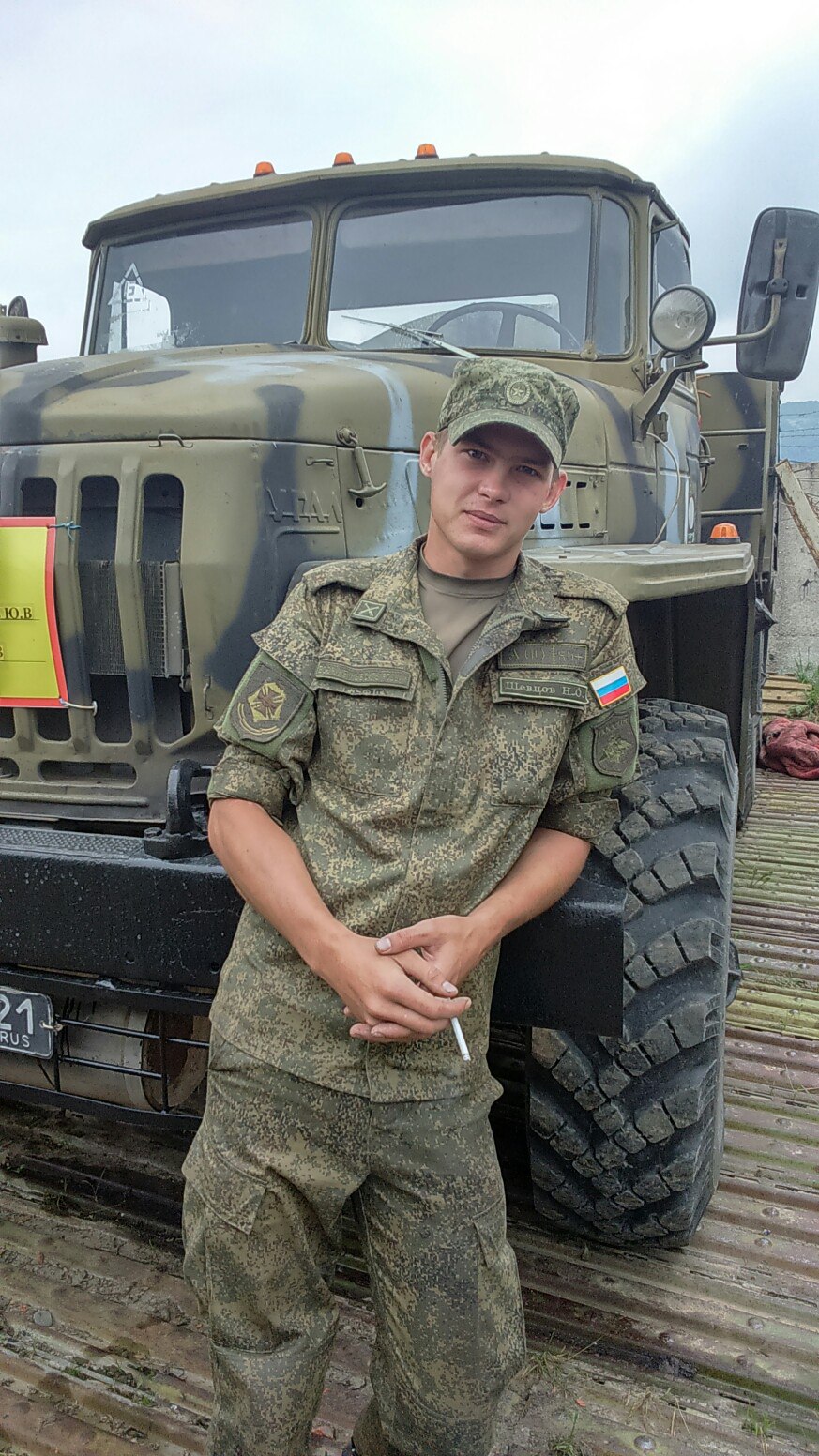 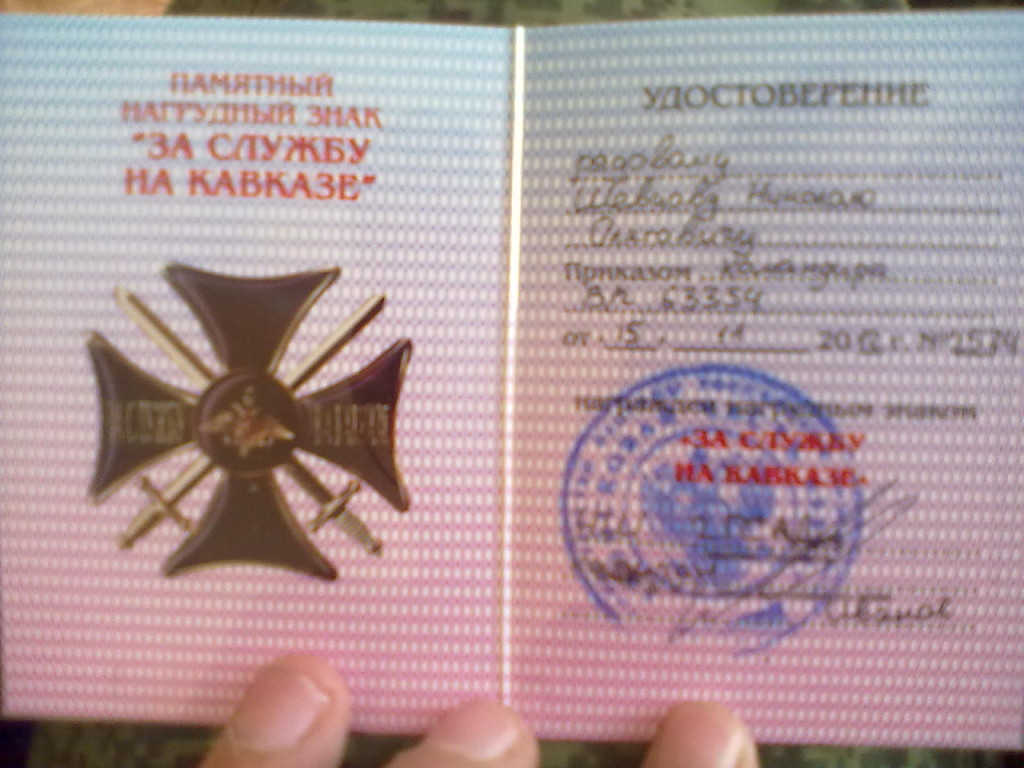 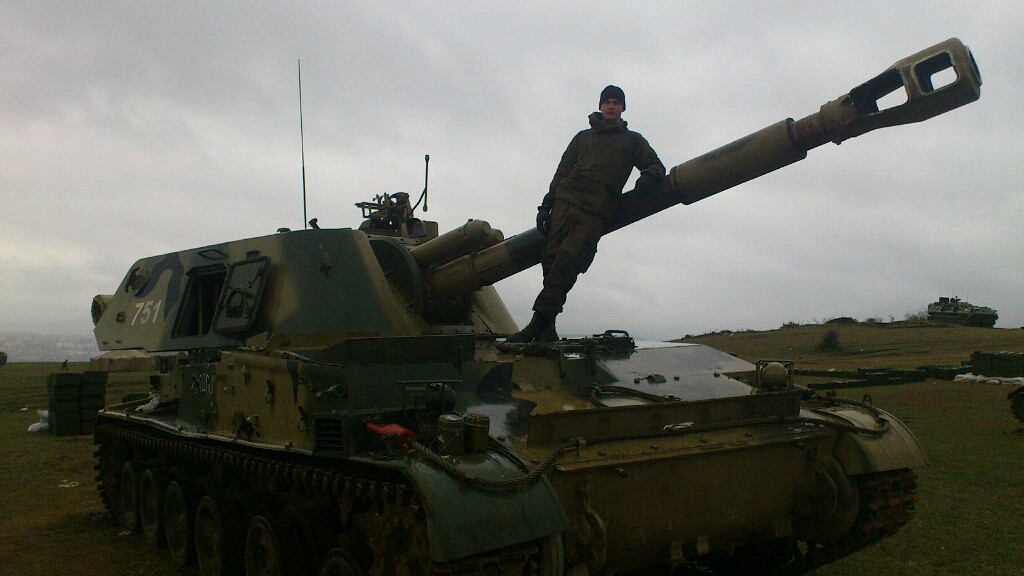 After completing his conscription term, Shevtsov signed a contract for service in the 8th MMRB. It is evidenced by his own comments, friends contacts and photos of military equipment with a tactical marking of this unit – a white circle inscribed in a white square (this photo of a convoy of military equipment was posted in Nurgaliyev’s photo album also). 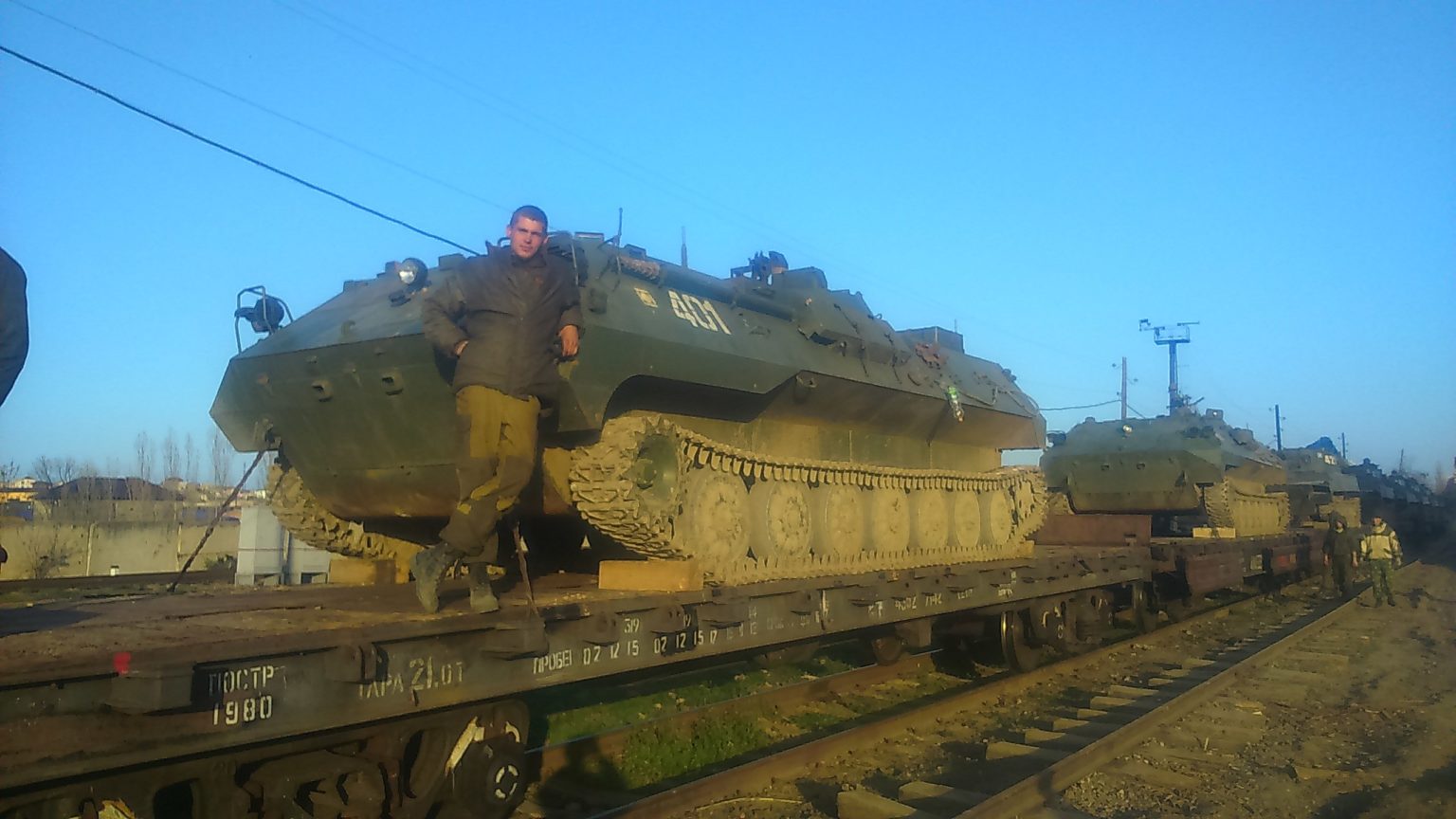 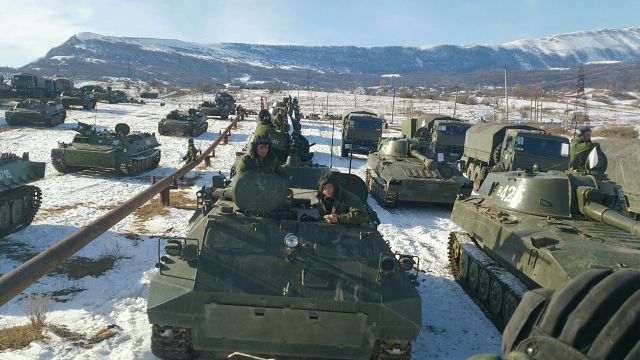 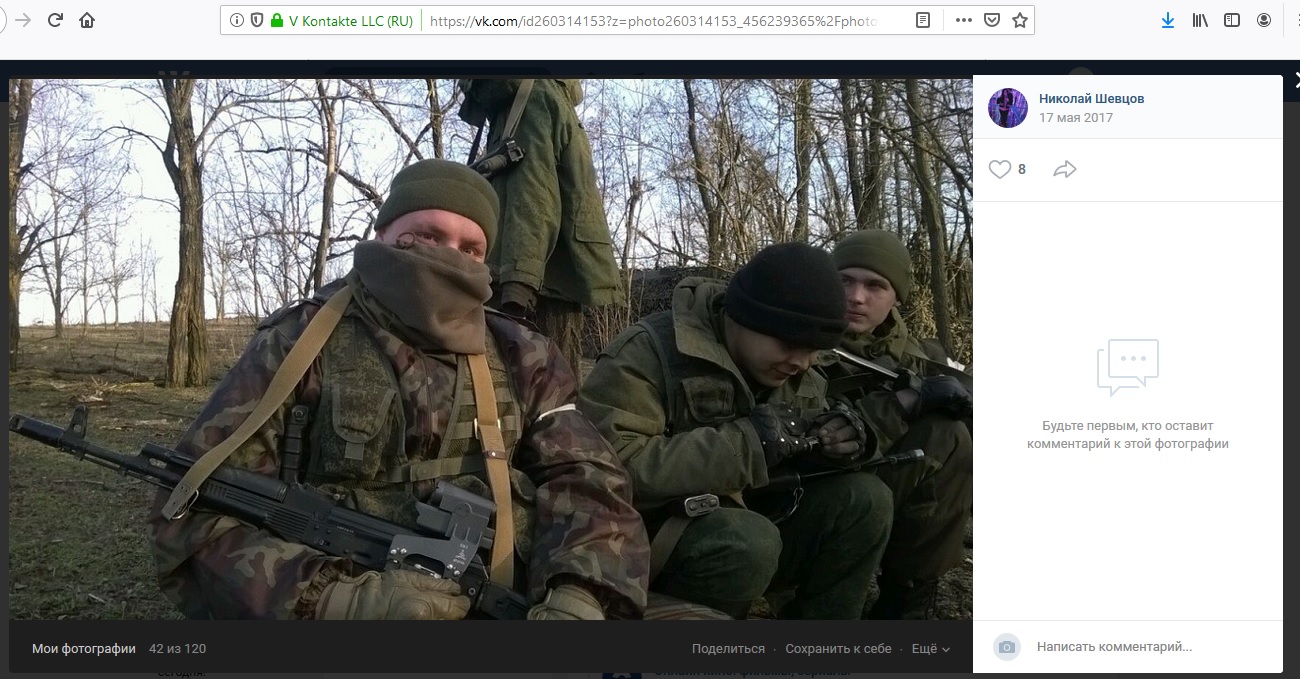 * If you are viewing the mobile AMP version of this article (Accelerated Mobile Page), some photos and links to archives may not be displayed. If you are interested in studying the materials of this publication in more detail, we recommend that you view the article from a computer.

This publication was prepared specially for InformNapalm. Translated by Svitlana Kemblowski, edited by Artem Velichko.    An active link to the authors and our project is obligatory for any reprint or further public use of the material.
(Creative Commons – Attribution 4.0 International – CC BY 4.0 )
Repost and share with friends. Subscribe to the InformNapalm community pages on  Facebook and Twitter