“My name is Legion, for we are many”: shadow commander of the Legion battalion identified 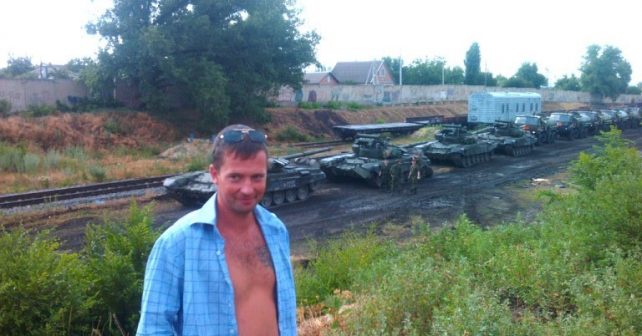 The tactics of employing stealth commanders or “shadows” is widely used by the Russians on the occupied territory of Ukraine. All the battalions of the Donetsk People’s Republic (DPR) and Luhansk People’s Republic (LPR) hybrid army corpses are under effective command of the Russian servicemen. Local collaborators are used as figurehead commanders of military units for media cover, while the real tactical control of the illegal armed groups (IAG) comprised mostly of Russian mercenaries and active servicemen is done by Russian military professionals. This practice is still widely used in the Donbas by Russia since it has proven its effectiveness. This OSINT investigation reveals the identity of the real commander of the Legion battalion of the Russian occupation troops in the Donbas.

Sergey Zavdoveev was appointed as the fictitious commander of the Legion battalion. He is a member of the so-called People’s Council of the DPR. According to the Russian propaganda outlets, he served in the French Foreign Legion in 1999 in the 2nd Parachute Regiment during the Afghanistan deployment; he uses a callsign Frantsuz (Russian for Frenchman). But it is all just a cover story. At the beginning of 2016 InformNapalm established that his service in the French Foreign Legion (FFL) is a propaganda fake. People who served in the FFL during the period from 1998 till 2004 did not confirm his service in this military unit.

Zavdoveev was selling toys and household appliances in Makiivka (many other facts on his his CV of 2014 are exaggerated).

According to the legend Zavdoveev, is the commander of the IAG called the Legion Squad for Special High-Risk Rescue Operations of the Ministry of Emergency Situations of the DPR, he is also heading the provisional commission of the People’s Council of the DPR responsible “nationalization” of the markets operating in the territory under the DPR control. He is also he is a member of the Donetsk Republic fraction in the People’s Council, takes part in public events and appears in the media from time to time. Zavdoveev is connected to another formal DPR leader Alexander Zakharchenko, which is apparently the reason for his rapid career rise.

We found out that Zavdoveev has strained relations with the “opposition” groups of militants. He played a role in the investigations against Alexander Khodakovsky, which did not endear him to the radical militants like Khodakovsky and the gang. Zavdoveev also participated in seizing of marketplaces on the occupied territory which outraged some of local citizens who have not seen gang wars since the 1990s. See more details on depo.ua. 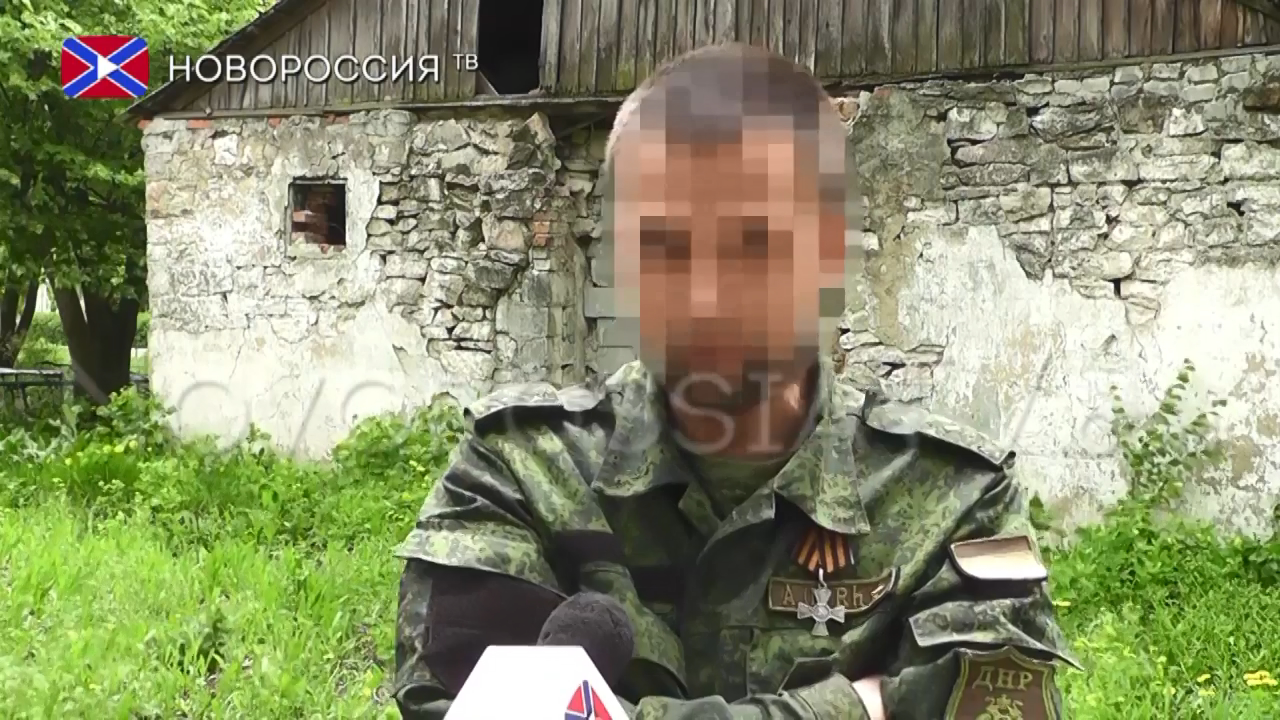 After the battle of Lohvynove, Nazarov was appointed the commandant of Makiivka, he is still holding the position. 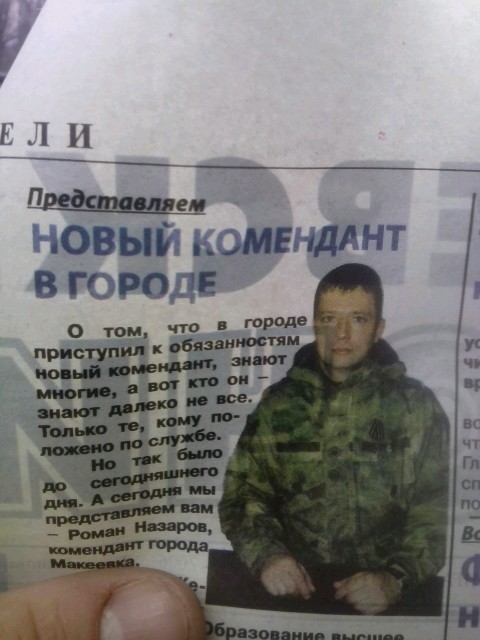 Nazarov is a Russian career military man. Apparently, he was the actual commander of the so called Frantsuz’s group in the battle of Lohvynove. These assumptions are based on the following facts: 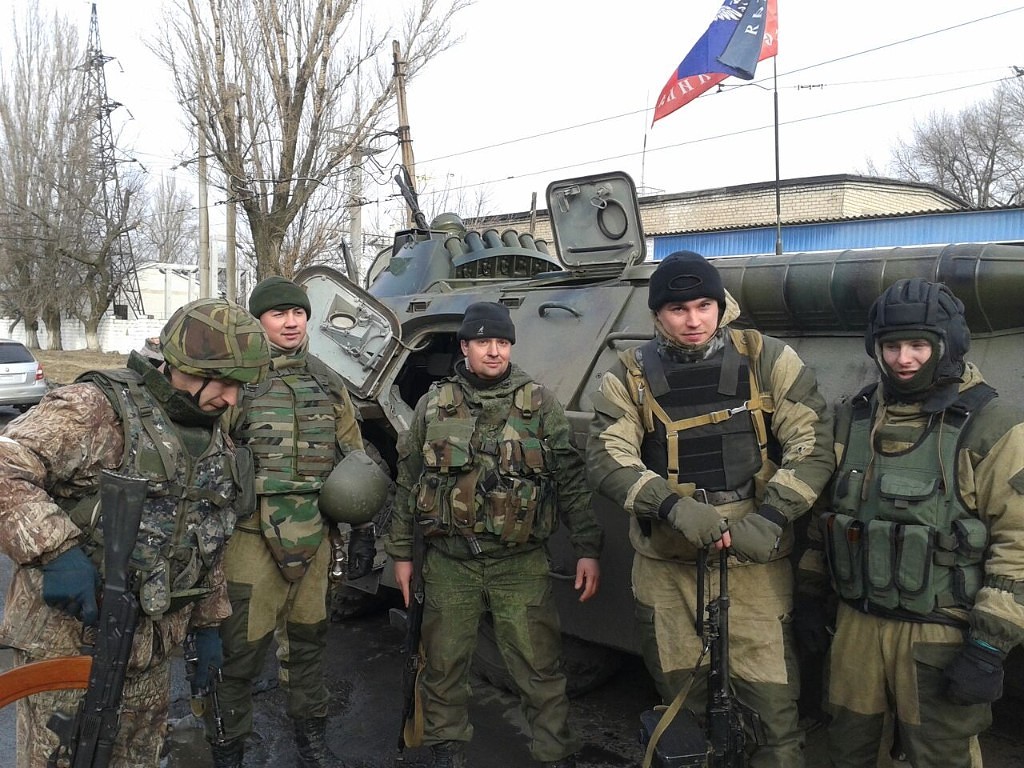 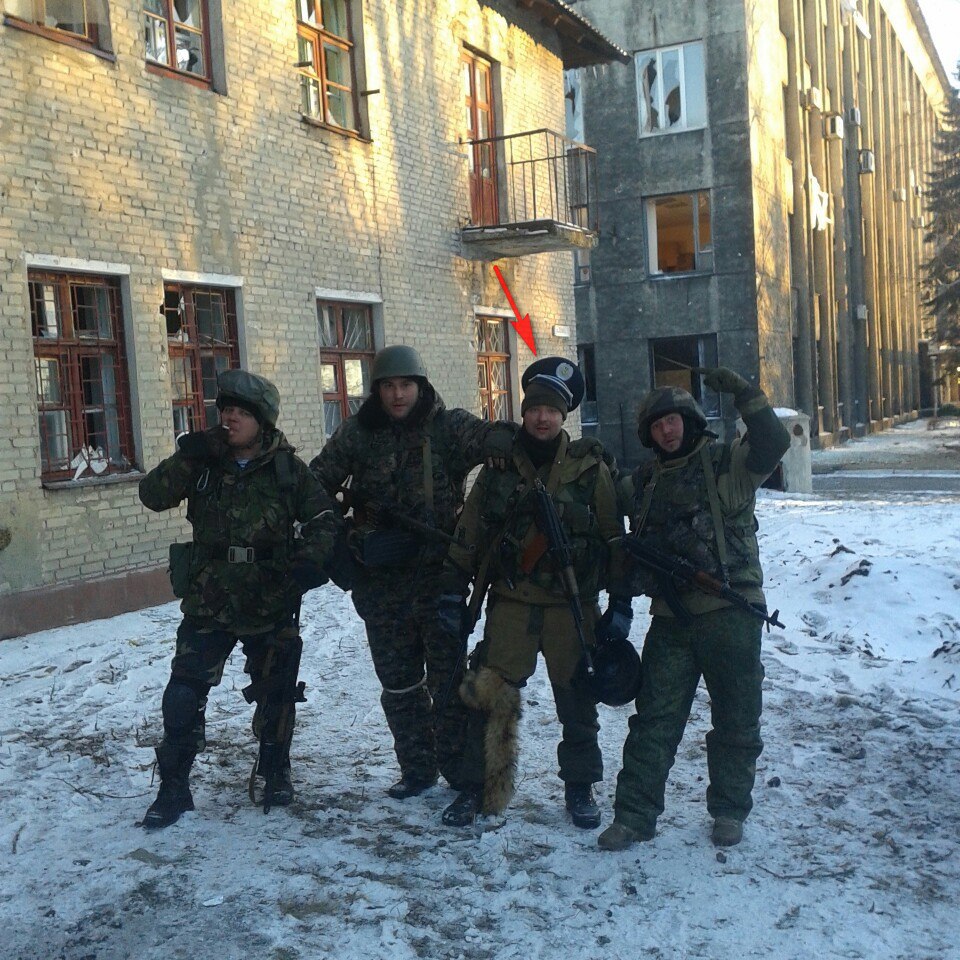 This is another case when Russian propaganda is covering up the role of the Russian servicemen as real commanders in the battles of Donbas covered up by figureheads.

Safoshkin in the occupied Donetsk, guest of Nazarov. 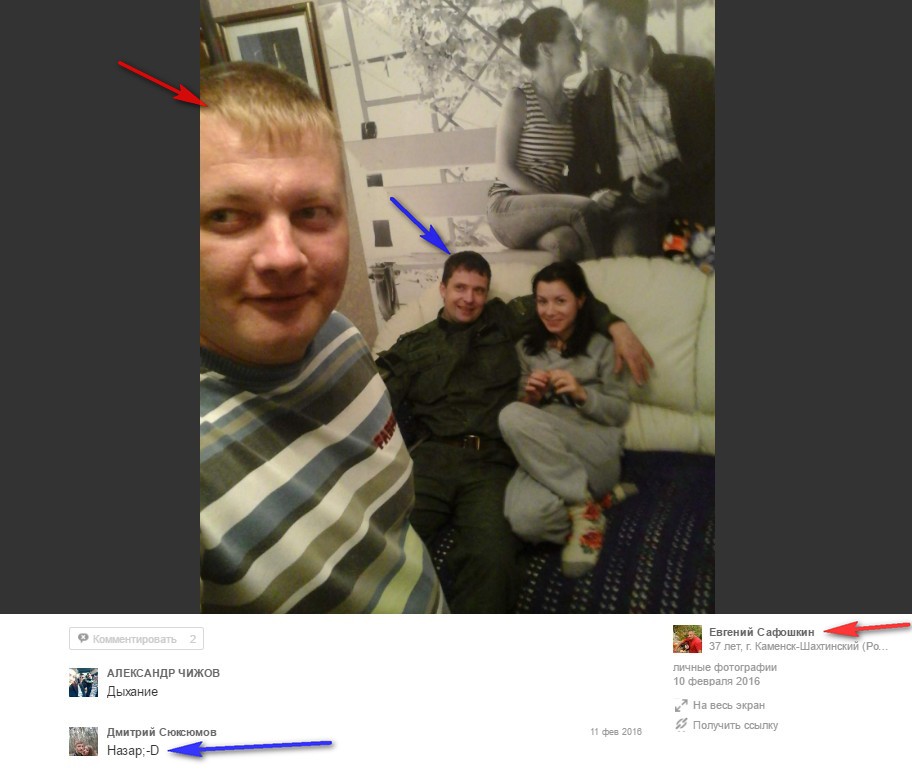 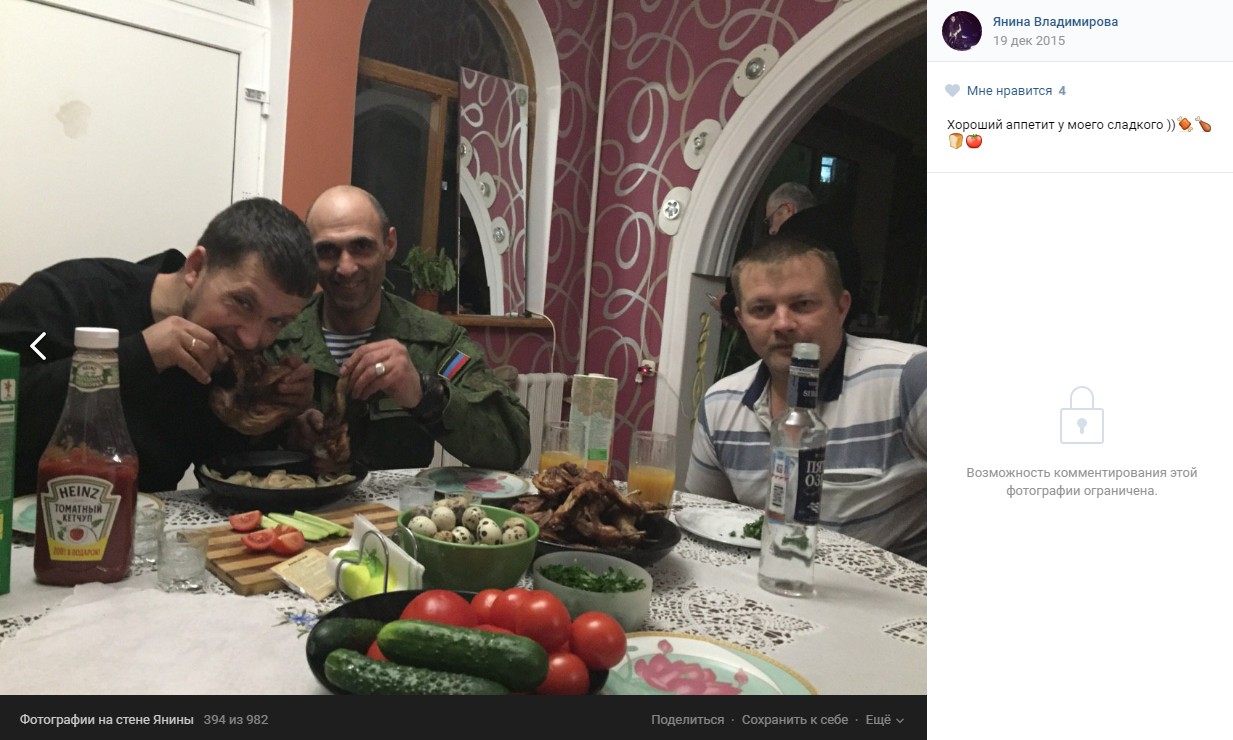 The account of Safoshkin has some more remarkable pictures dated autumn 2014, signed Near Donetsk in khokhloma. This caption contains a sarcastic hint that pictures were taken on the territory of Ukraine. 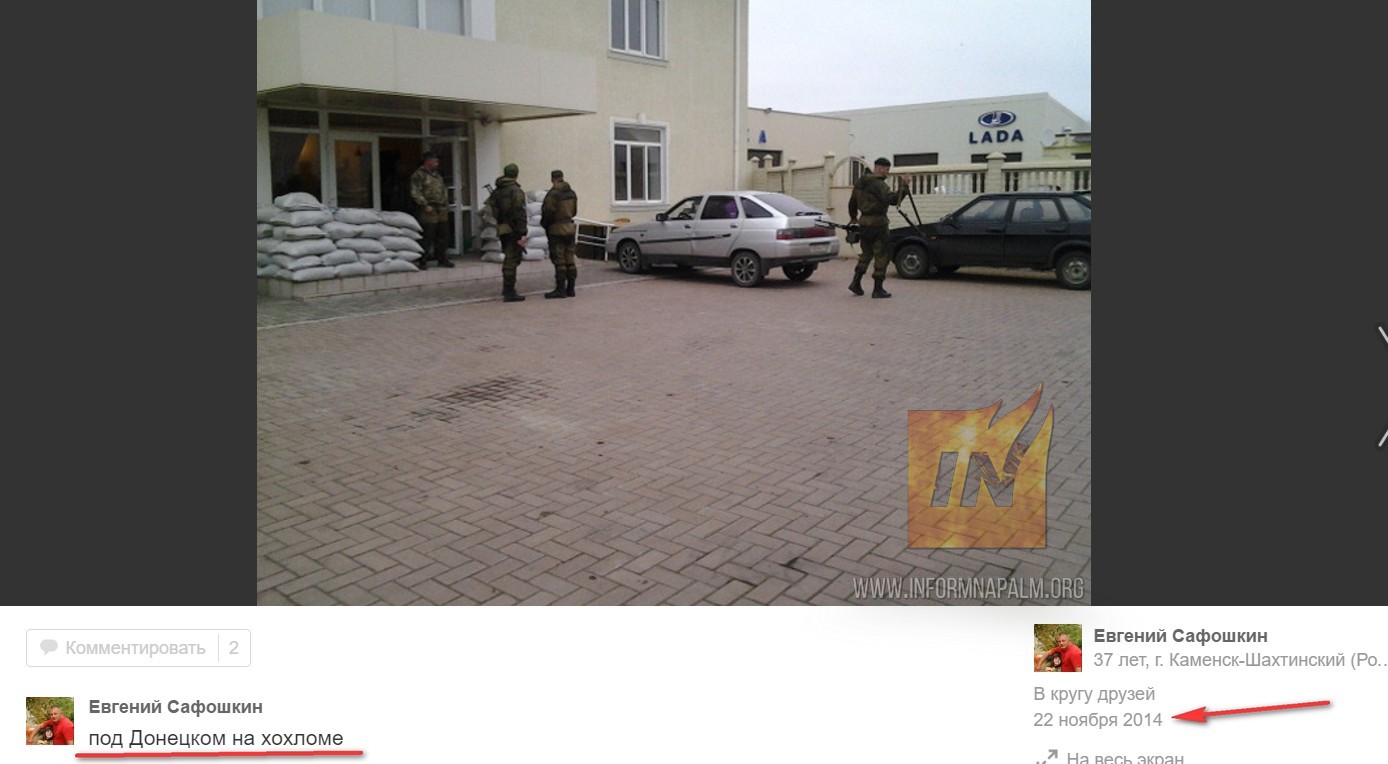 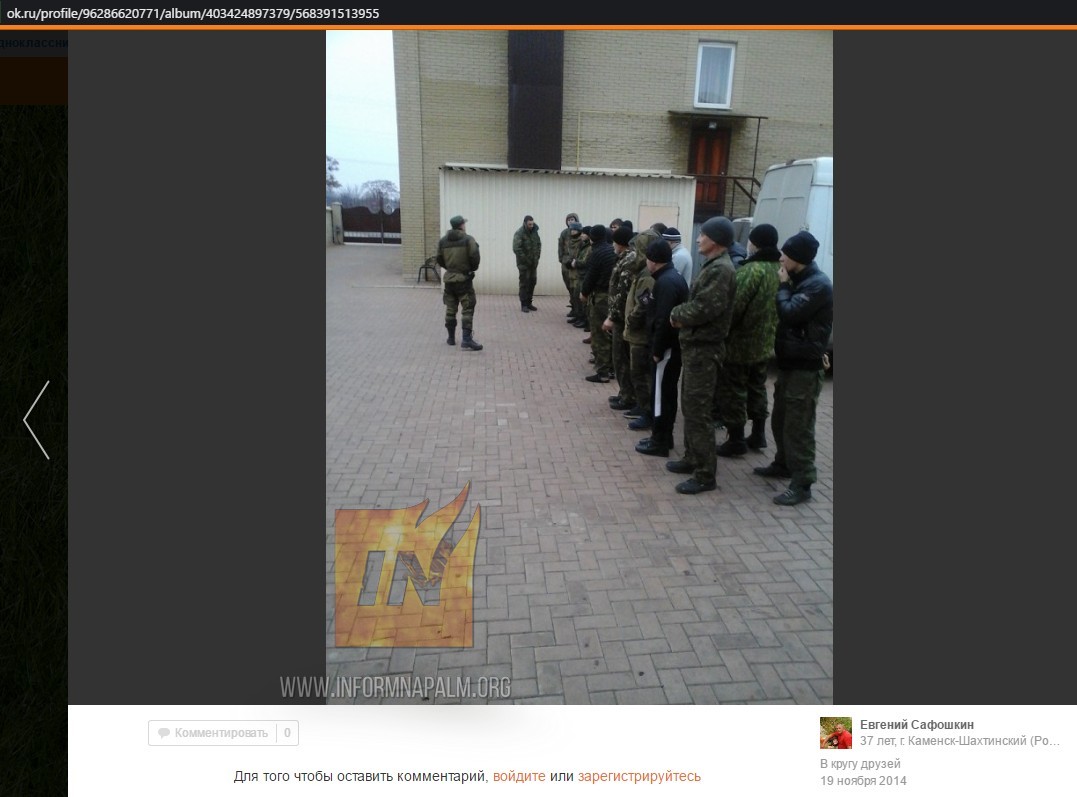 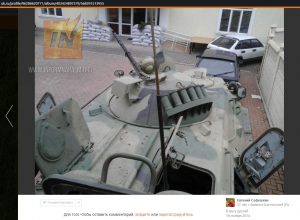 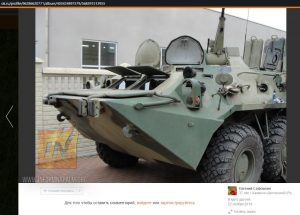 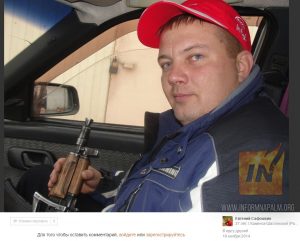 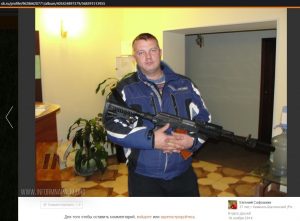 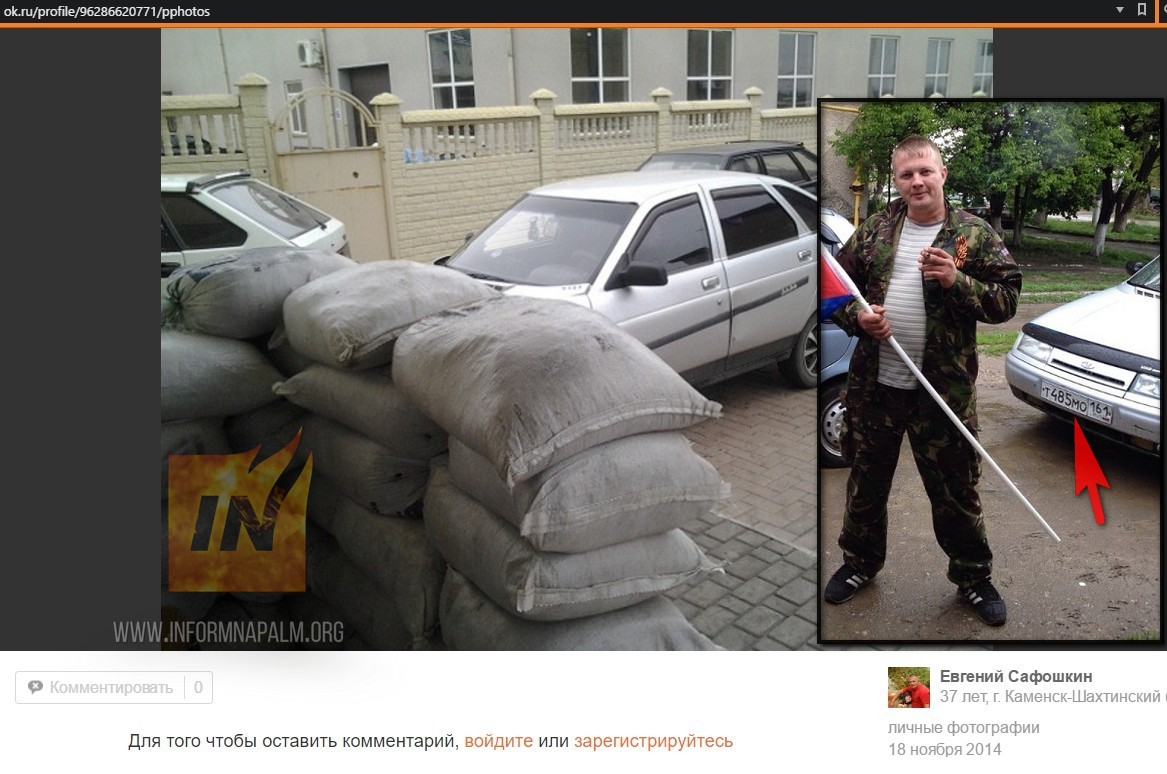 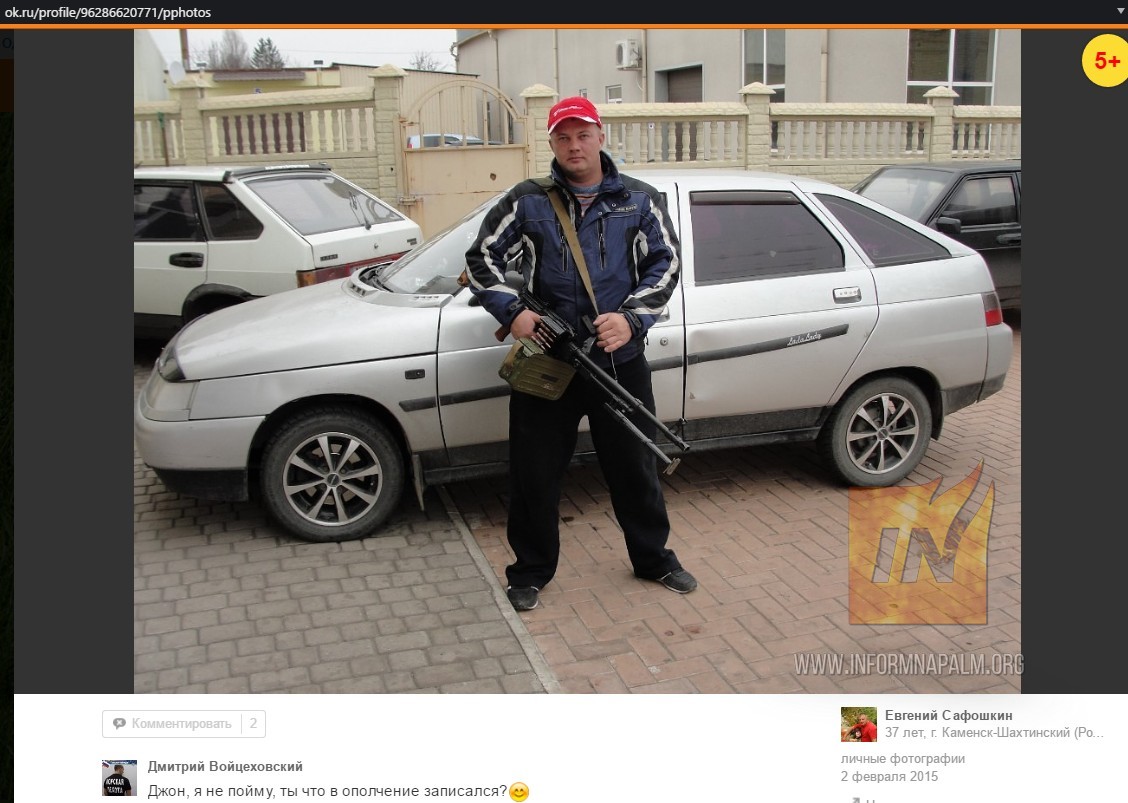 On the pictures from 2014, we also noticed a militant with callsign Leva who had been mentioned in the related article. We assume that Leva is also a career Russian serviceman taking part in the Donbas war since 2014 together with Roman Nazarov. 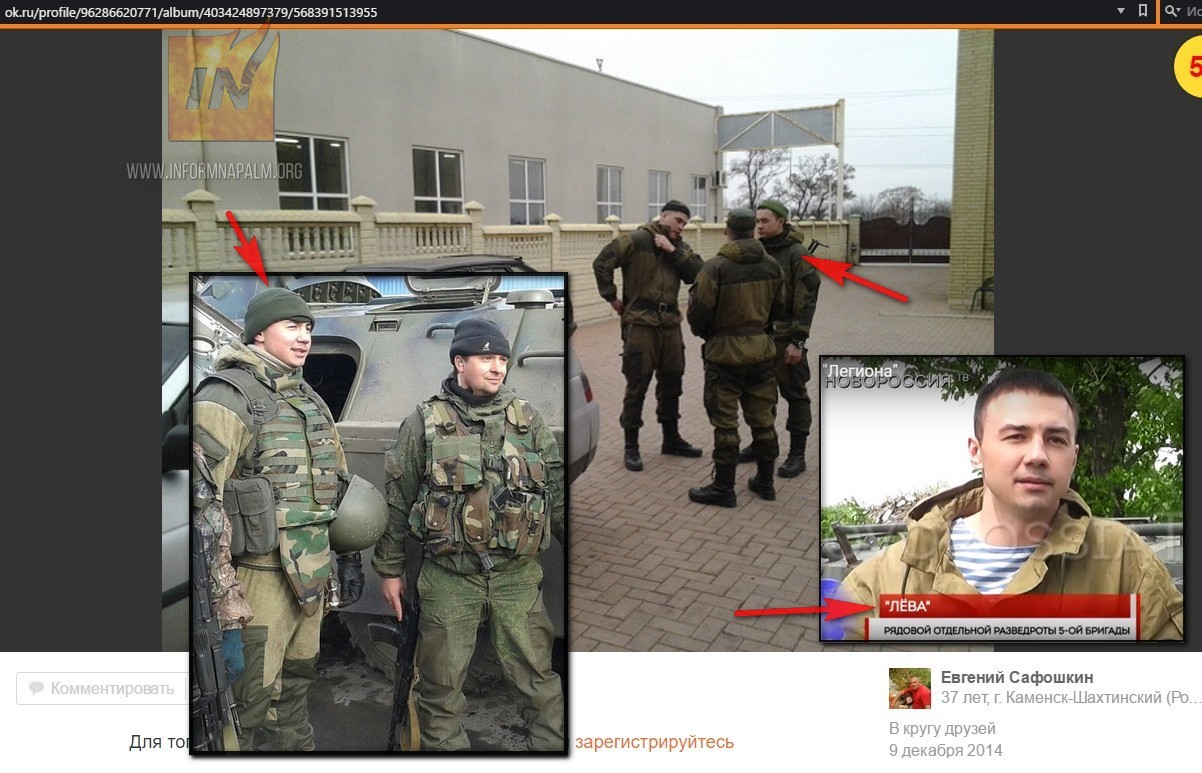 Here is a picture posted on June 23, 2014 captioned by Safoshkin as “Humanitarian aid“. 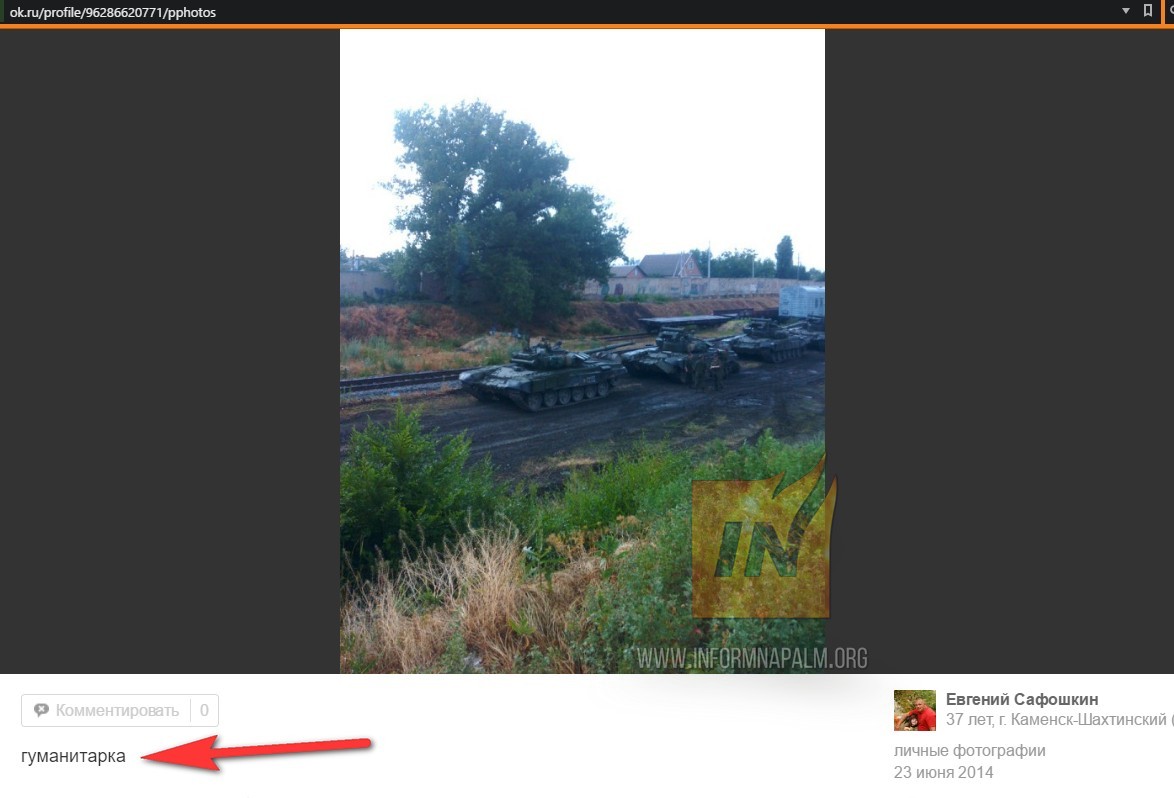 This is the most interesting picture (dated summer 2014), where an “ordinary guy” Nazarov was allowed to be photographed near the Russian “humanitarian aid” of tanks and tanker trucks. 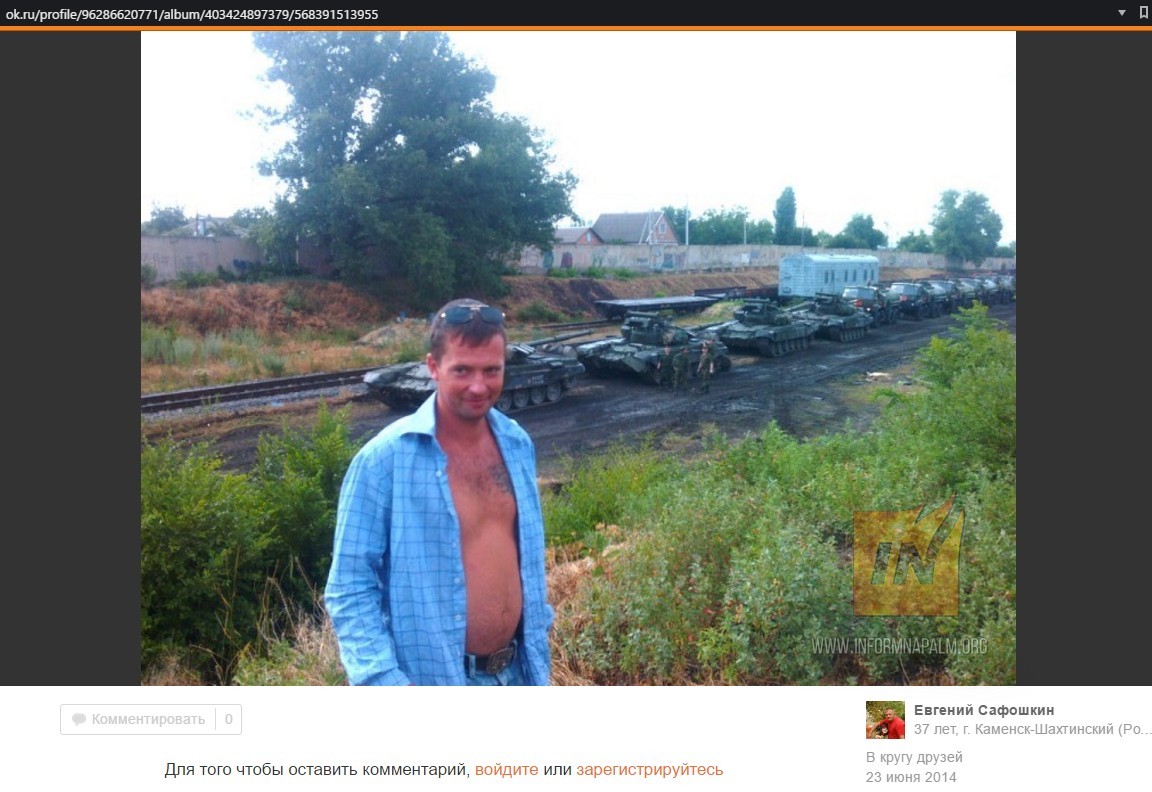 Pictured – railway station close to Kamensk-Shakhtinsky, Rostov Oblast, Russia. It is situated less than in 30 km from the Ukrainian border point Izvaryne, which became the gateway for the Russian heavy weaponry heading to Donbas.

For comparison, see below a selection of pictures from publications of previous years. 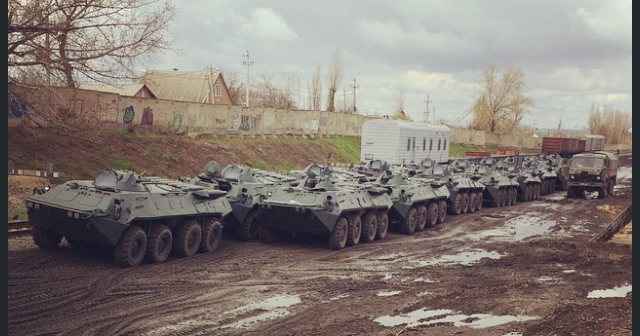 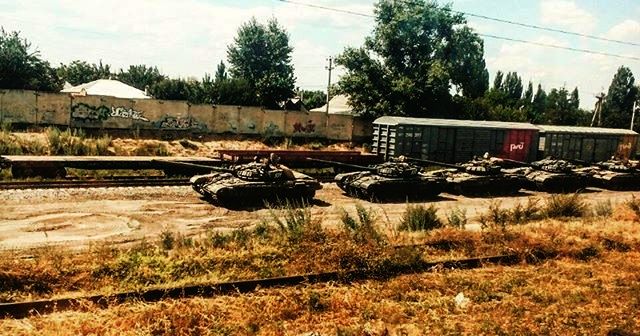 Through open source intelligence we revealed that Nazarov and his new wife live in Donetsk on Pushkina Blvd. It used to be the most fashionable and expensive part of Donetsk before the war…

Therefore, judging by a total of indirect evidence, we assume that we have found the “shadow commander” of the one of the IAGs in Donbas.

We are aware that this investigation is not complete and needs to be continued, but it makes part of the very important pipeline of the identification of the Russian servicemen and citizens of the Russian Federation, that are effective commanders the Russian hybrid forces operating in Ukraine.

No Responses to ““My name is Legion, for we are many”: shadow commander of the Legion battalion identified”