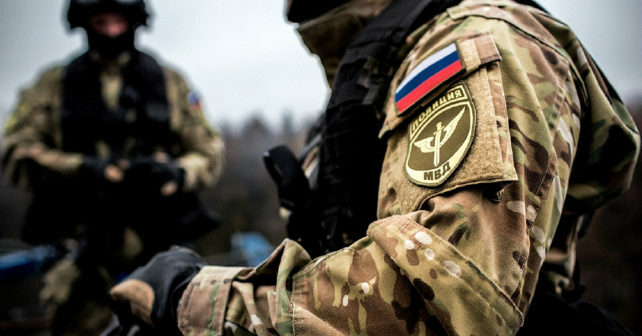 Special-purpose units of the National Guard of Russia (Federal National Guard Troops Service of the Russian Federation) are practicing training and combat operations on the territory of Belarus. This is taking place against the backdrop of ongoing mass protests in the country.

According to the official website of the Ministry of Defense of the Republic of Belarus, an interdepartmental shooting tournament with standard service weapons was held on the territory of Belarus.

Competitions were held among special-purpose forces of Belarus and Russia. The tournament was dedicated to the 30th anniversary of the Almaz Special Anti-Terrorism Unit (SPBT Almaz) of the Ministry of Internal Affairs of the Republic of Belarus.

The tournament, hosted by Almaz, was held on the grounds of the Volovshchina training center of the Minsk military garrison near Minsk.

Let us recall that, according to the testimony of the expert community, the killer of a peaceful protester Alexander Taraikovsky shot dead on August 10, 2020 could have been affiliated with Almaz unit. 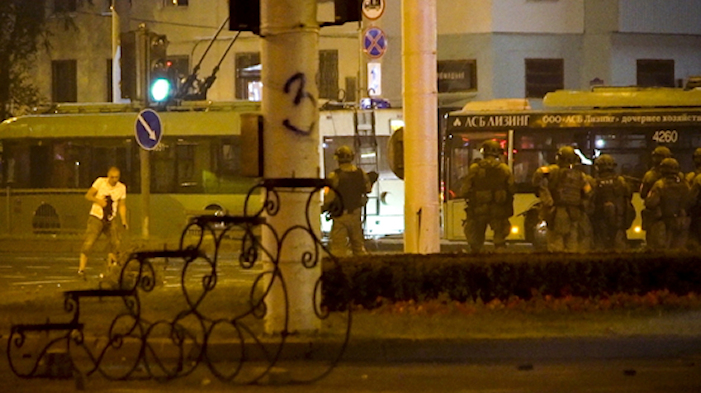 Alexander Taraikovsky, moments before his death from a gunshot wound, August 10, 2020 / Associated Press

Sniper pairs operation, blocking and destruction of illegal armed groups were practiced during the tournament. Shooting in the dark was also an important component.

It was found that the Rys Special Rapid Response Unit (SRRU) and the Vityaz 604th Special Purpose Center (SPC) took part in the competition from the Russian side. Both of these special-purpose units are part of the Federal National Guard Troops Service of the Russian Ministry of Internal Affairs. 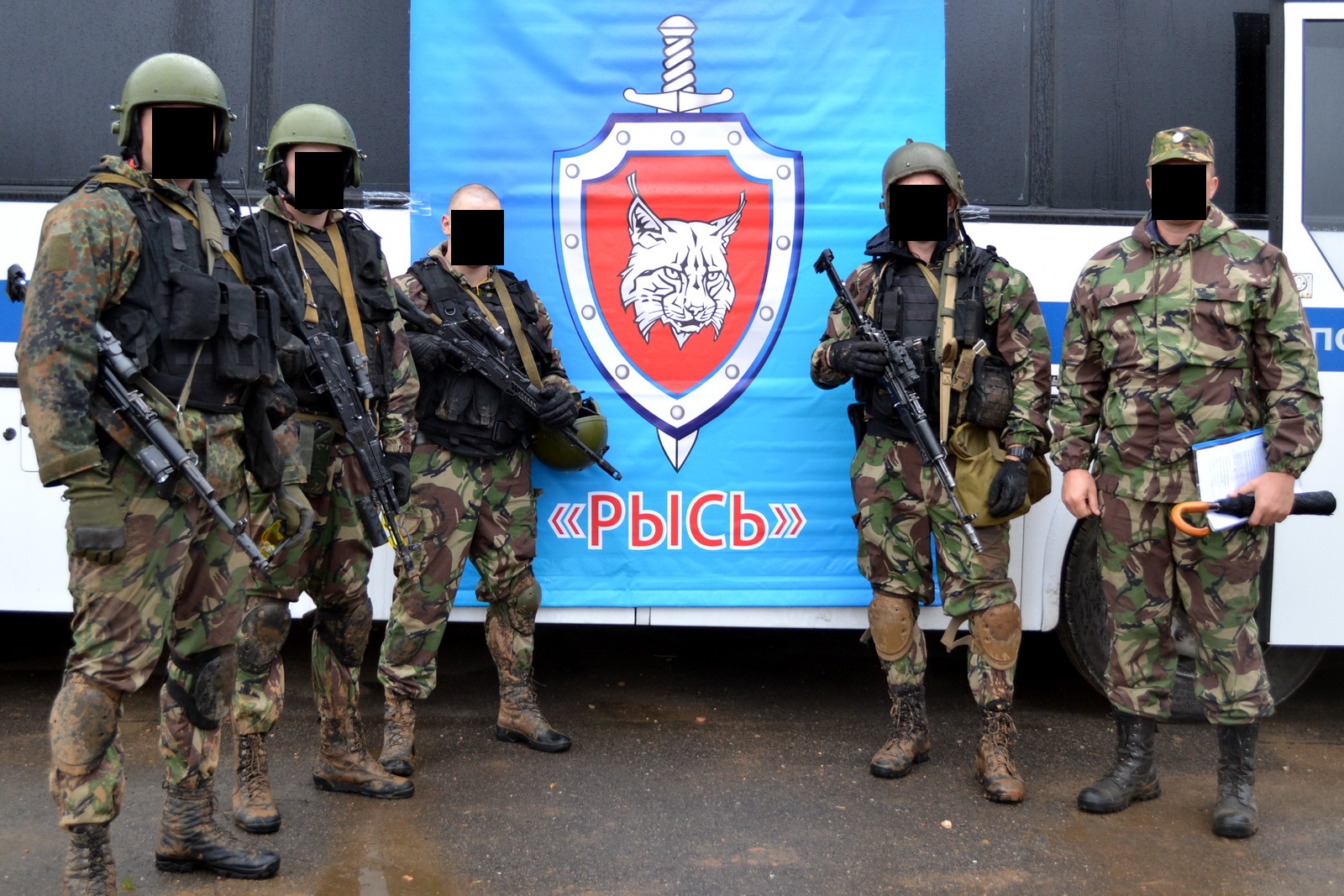 On the Belarusian side, the tournament was attended by two army groups of the Special Operations Forces of the Armed Forces of the Republic of Belarus (5th Separate Special Operations Brigade and 33rd Separate Special Forces Detachment), Group A of the Belarusian KGB, SRRU of the Internal Troops of the Ministry of Internal Affairs and a unit of the State Border Committee, presumably OSAM (Separate Detachment for Active Measures). 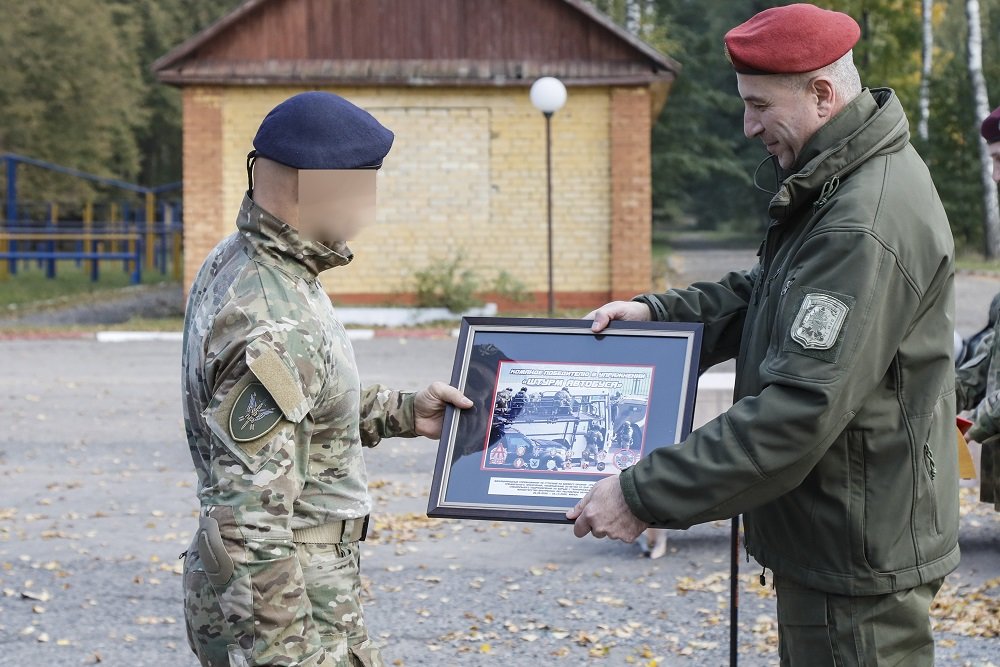 Yuri Karaev, Interior Minister of Belarus, presenting a diploma to a soldier of the Rys special unit of the National Guard of Russia, October 2020 / rg.ru

Representatives of the Belarusian security and intelligence agencies closely cooperate with Russian formations that were directly involved in the military aggression against Ukraine.

It is known that Russia uses the special forces of the National Guard of Russia to strengthen its military presence in the temporarily occupied parts of Donetsk and Luhansk Oblasts of Ukraine.

According to the information of the  Main Intelligence Directorate (GUR) of the Ministry of Defense of Ukraine, in May 2016, the Rys was deployed in the occupied territory of Luhansk Oblast to increase pressure on the criminal entourage of the head of the so called Luhansk People Republic terrorist group Ihor Plotnitsky and to stop the activities of bandit groups, also to reassert control over the actions of Kremlin-controlled leaders. 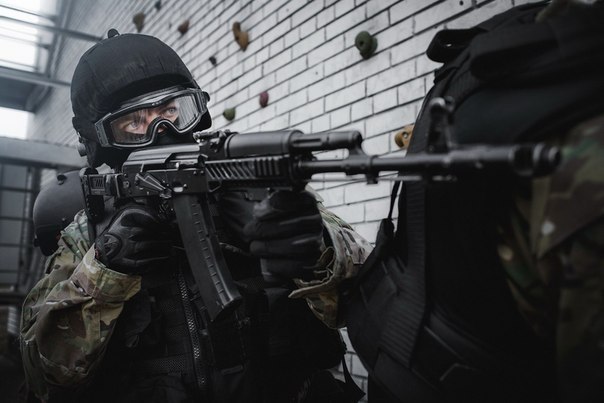 Serviceman of the Rys special forces unit of National Guard of Russia / warweapons.ru

Also, according to GUR intelligence data, the subdivisions of the Vityaz SPC arrived from the town of Balashikha near Moscow to the occupied city Yasynuvata, Donetsk Oblast of Ukraine, as a part of the regular personnel rotation in September 2016.

Soldiers of the Vityaz SPC also took an active part in the special operation to seize the Ukrainian Crimea. 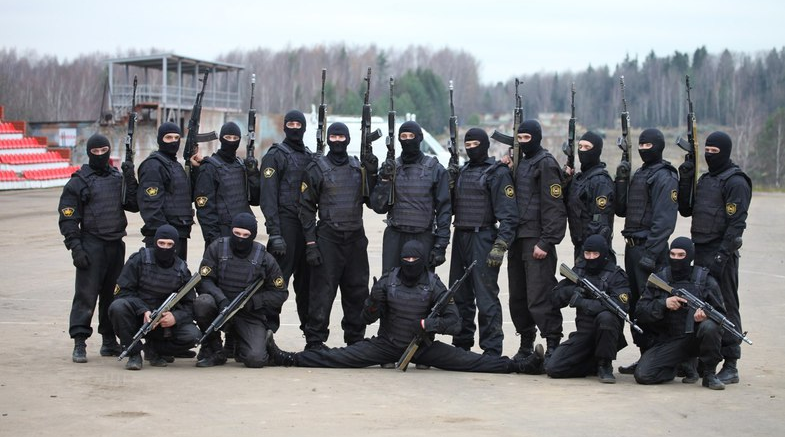 It is known that the Rys SRRU takes an active part in the joint military exercises of the Collective Security Treaty Organization (CSTO), which are taking place on the territory of its member countries.

At the moment, a joint task force of National Guard of Russia is deployed under the guise of participating in the Indestructible Brotherhood 2020 command and staff training within the CSTO. 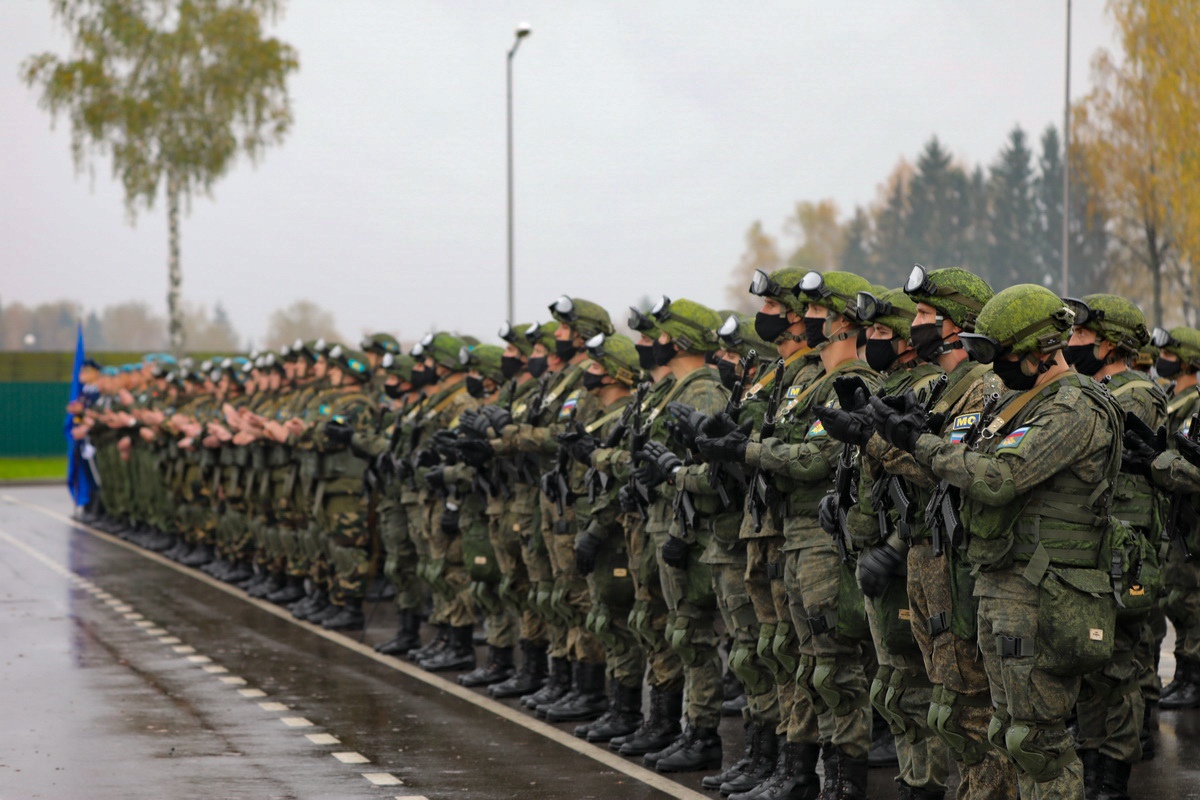 Opening of the Indestructible Brotherhood 2020 command and staff training at the Losvido training ground in the Vitebsk Oblast, October 12, 2020 / dfnc.ru

It should be especially noted that following secret negotiations with the Lukashenko’s regime in the first week of mass protests, Russian leader Vladimir Putin announced in August his readiness to deploy the dedicated reserve of National Guard of Russia on the territory of Belarus.

Apparently, this indicates that top military and political leaders of Belarus and Russia coordinate their actions in the context of their intention to crack down on peaceful protests in Belarus. 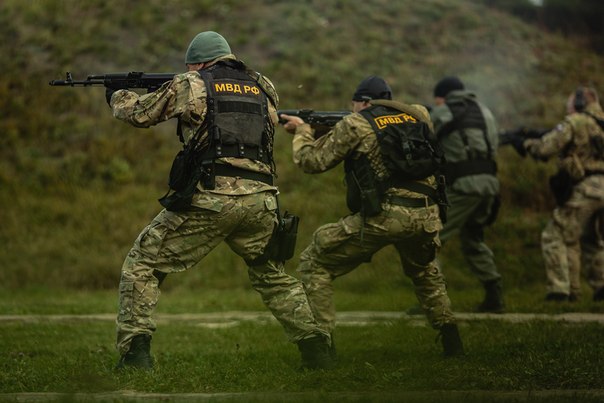 During the period of significant protest activity in Belarus, servicemen of the National Guard of Russia under the guise of participation in various competitions and military exercises are deployed on the territory of Belarus on a regular and rotational basis.

Servicemen of the special forces of the National Guard of Russia deployed in Belarus may be involved in both overt and covert operations of the Russian Ministry of Internal Affairs against the peaceful protests. They could also participate in planned provocations or sabotage in order to destabilize the socio-political situation, as well as escalate the confrontation in Belarus.

A unit of the 275th Self-Propelled Artillery Regiment participates in the parade in Minsk, whose servicemen shelled Mariupol

How the Servicemen of the Russian 46th Brigade ‘Overpassed’ Ukraine

Preparing for the invasion: purchases of mortars and Ural trucks on the eve of military aggression by the Russian Ministry of Internal Affairs

Monitoring department of the Belarusian service of the InformNapalm international intelligence community. Translated by Andrii Gryganskyi, edited by Artem Velichko. Distribution and reprint with reference to the source is welcome! (Creative Commons — Attribution 4.0 International — CC BY 4.0).