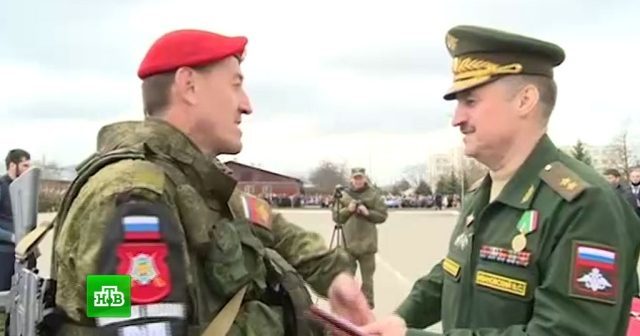 The war in Syria has become a real conveyor of medalists for the Russian military. Previously, extraordinary promotions, medals and orders were given to Russian servicemen for official deployments to Chechnya, Dagestan, or hybrid deployments to Donbas disguised as “vacationers”. Since Syrian campaign began, Russian military have got a new training range for earning privileges and decorations (we already wrote about the Russian medal standing – part 1 and part 2).

From the very beginning of Russian presence in Syria, the Russian Ministry of Defense instituted a medal For Participation in the Military Operation in Syria, which was actively handed out both to military and civilian personnel. To date, this is the most widespread medal for Syria, which has been already received by several dozens of thousands of Russians. However, this is a departmental award, which does not grant any benefits to the bearer, that is why it is quietly given to everyone who went to Syria.

Russian television created one of the “outstanding victories” of the Russian army in Syria – the battle of the ancient city of Palmyra. Thus Russia instituted a medal For the Seizure of Palmyra in two versions – for its own military men and for the Syrians. The medal was handed out to military men and civilians with a degree of pomp, but soon Palmyra was again surrendered to the Islamists. No one has been awarded for the second “liberation” of Palmyra yet. For the Syrian military and Hezbollah, they made a separate version of the medal – with Arabic script and Syrian motifs.

After the first liberation of Palmyra, sappers entered the city. On this occasion, perhaps, the strangest medal was instituted, For the Demining of Palmyra, which was received by dozens of Russian soldiers. In theory, we could still see a medal for patrolling Palmyra or for some other similar feat.

Then the Russians invented another awarding trick and began doling out to all the service branches a medal For Strengthening Military Cooperation.

However, the war dragged on, so it had to be renamed into a “peacekeeping operation”. That is why Russian military police came appeared in Syria. And on February 22, 2016, the Centre for reconciliation of opposing sides in Syria (CROSS) was set up. 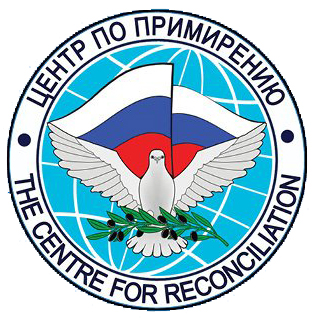 Soon a separate medal for the Syrian peacemakers or reconciliators was instituted. Its first sketch appeared on the site of Chelyabinsk trade and production enterprise Chelznak (archive). 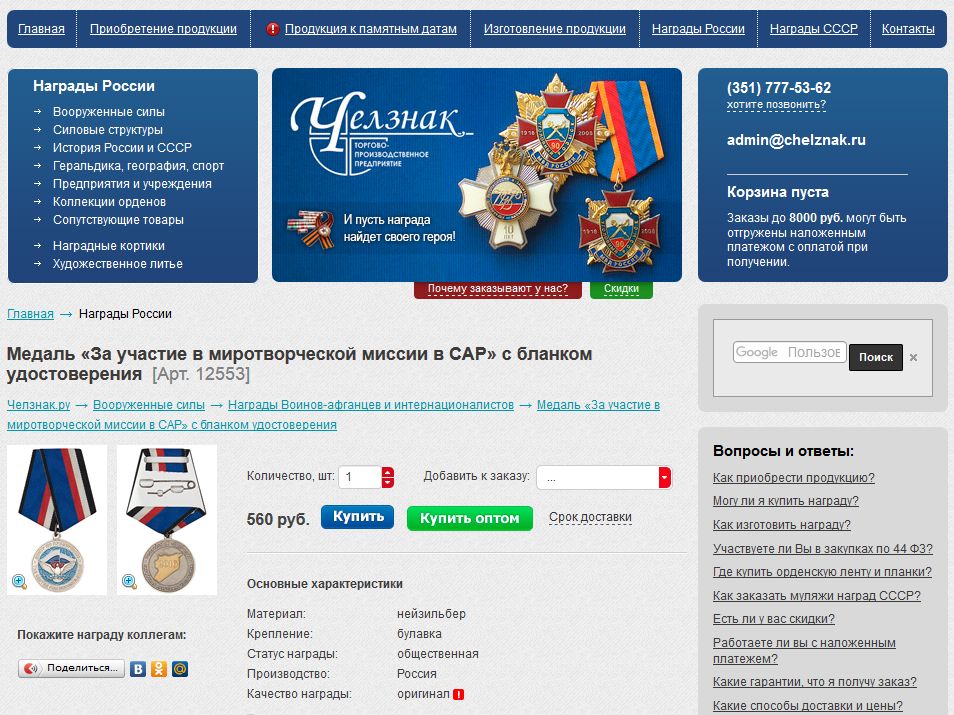 The reverse of the medal features the outline of the Syria map with “2016” written over it. However, it seems that the medal appeared recently – in the web archive, the page was indexed only once, on June 24, 2017, whereas the links cached by search engines lead to pages that were saved not earlier than June 2017. The working title for this medal was “For participating in the peacekeeping mission in the Syrian Arab Republic”. The cost of a medal is 560 rubles.

Soon we found a photo of this medal actually issued on VK, in the profile of Timur Bikkuzin (archive, he also has a profile in the OK, archive). Judging by Bikkuzin’s award book (archive), he got the medal on June 12, 2017 from the chief of the CROSS, Major-General A. Skakun, the award was issued to Fanil Failovich Bikkuzin (apparently, Timur is the social media nickname of Bikkuzin). Note that the award form does not contain any filed for the order number of the Ministry of Defense. Most likely, this award is a commemorative badge. 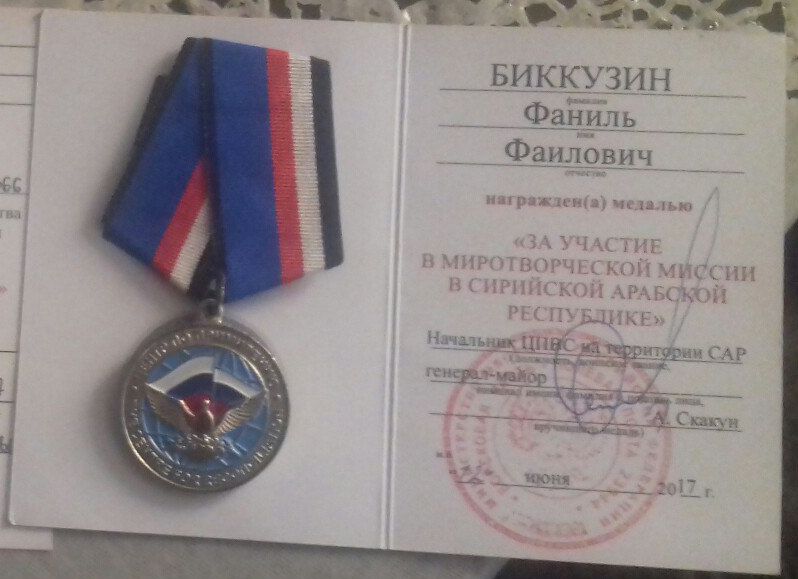 The round red seal contains the field post number – 23(6|8|9)44.General Skakun has received some attention from the press. For example, in 2008, the chief of Operations of the Volga–Urals Military District (VUMD), major-general Skakun was building his summer cottage (archive) misusing the labor of his soldiers. Perhaps that unwelcome media exposure is the reason why Skakun has had no promotions. Also in 2015 (archive) Moscow District Military Court heard the appeal case of Major-General Skakun Alexander Semenovich, a member of the Russian Army General Staff Military Academy, against military unit 22280, in which he served in 2014. Apparently, this major general nowadays serves in Syria. 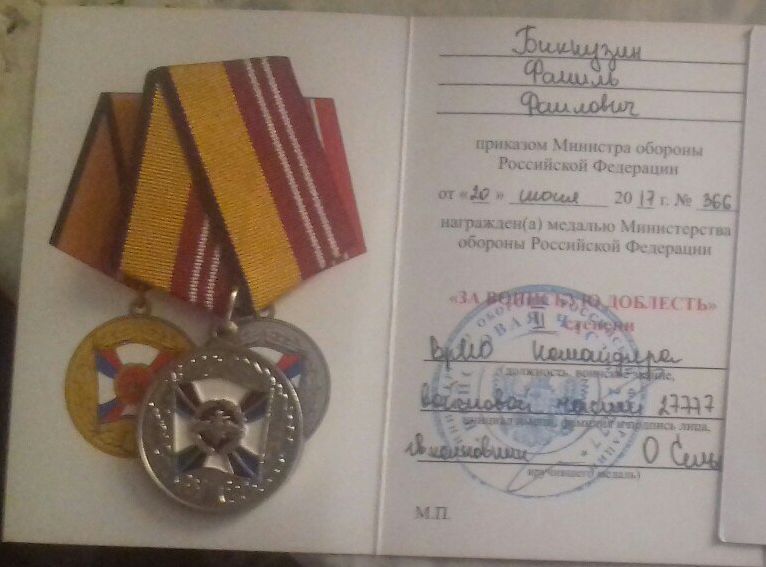 In addition to the new Syrian medal, on June 20, 2017, Bikkuzin was awarded the Medal of the Russian Ministry of Defense For Military Valor, II degree. The award order and seal with the military unit details shows that Bikkuzin is a serviceman of military unit 27777 – the 18th Motorized Rifle Brigade in Chechnya. Its servicemen have been spotted in Syria for a long time. In addition, the press actively covered the arrival of the Chechen law enforcement officers to Syria as part of the military police battalion.

Apparently, the first medal was given to Bikkuzin in Syria on June 12, and after returning home, on June 20, he was also awarded by the local military officials.

So Syria for the Russian army remains not only a zone of permanent military losses, but also a conveyor of different medals and commemorative badges.

Translated by Evgeniy Kalashnik,  edited by Artem Velichko
An active link to the authors and our project is obligatory for any reprint or further public use of the material.